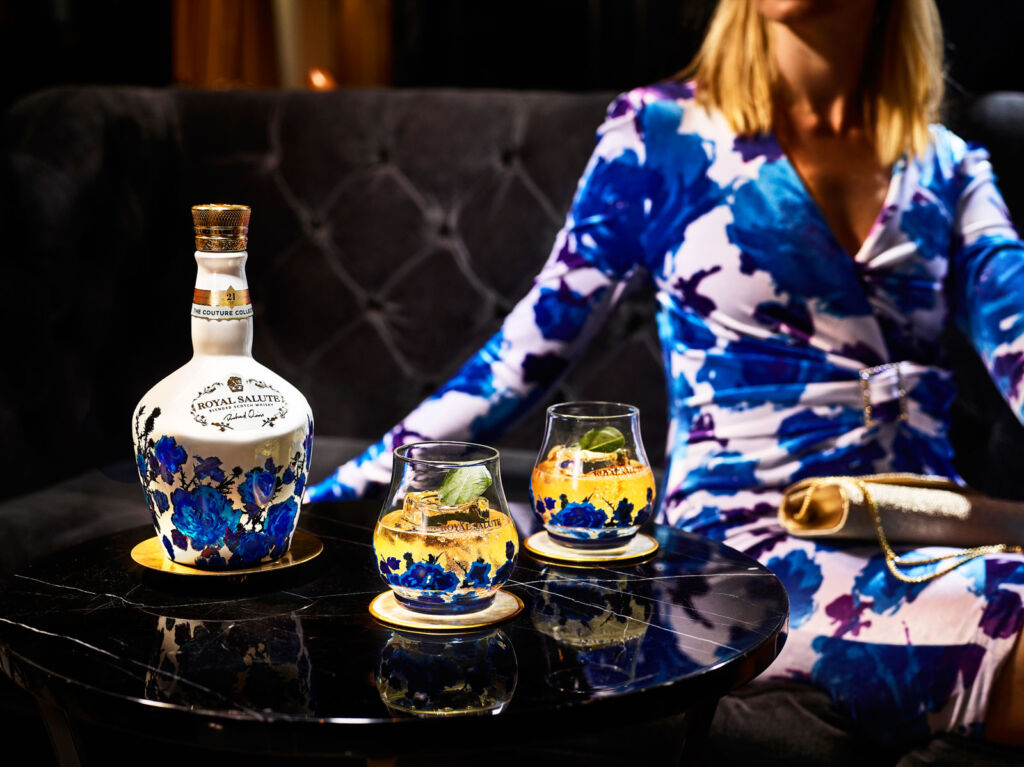 In tandem with this year’s London Fashion Week, Royal Salute has unveiled the first release in its new Couture Collection, a series of highly desirable whiskies marking cutting-edge creativity in fashion.

The first expression to join the Collection has been designed with a rising star in British couture fashion, going by the name of Richard Quinn. A second ultra-limited expression is scheduled for release in 2022. 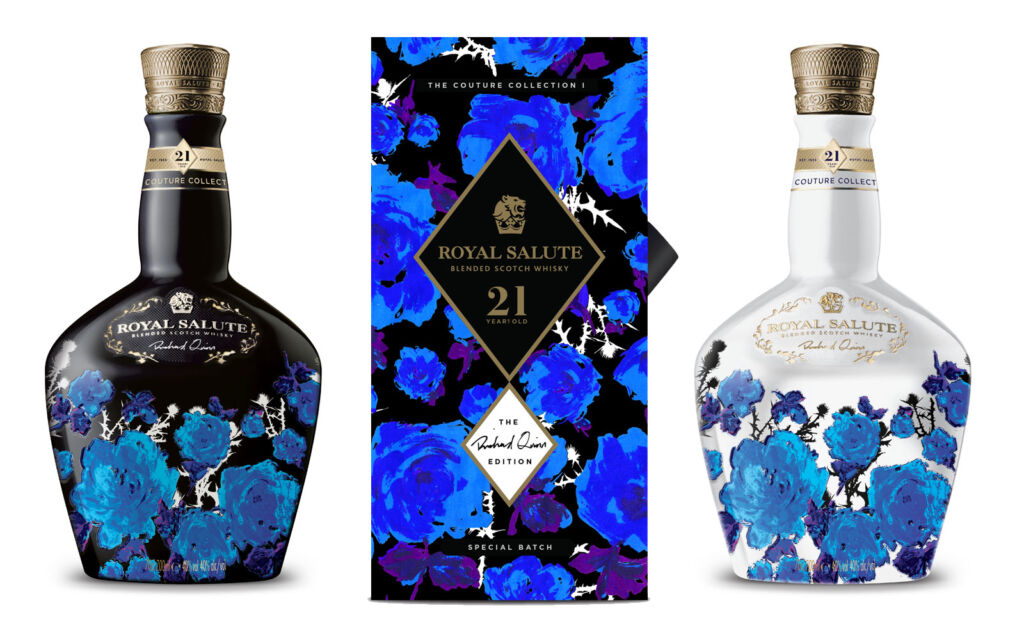 The Royal Salute Couture Collection 21 Year Old Richard Quinn Edition comes in the form of two different blue and white limited edition porcelain flagons featuring classic flower patterns with a modern and edgy twist. The artwork has been inspired by the creative harmony between Royal Salute and Richard Quinn, balancing the beauty and elegance of rose petals with a contemporary edge represented by thorns. 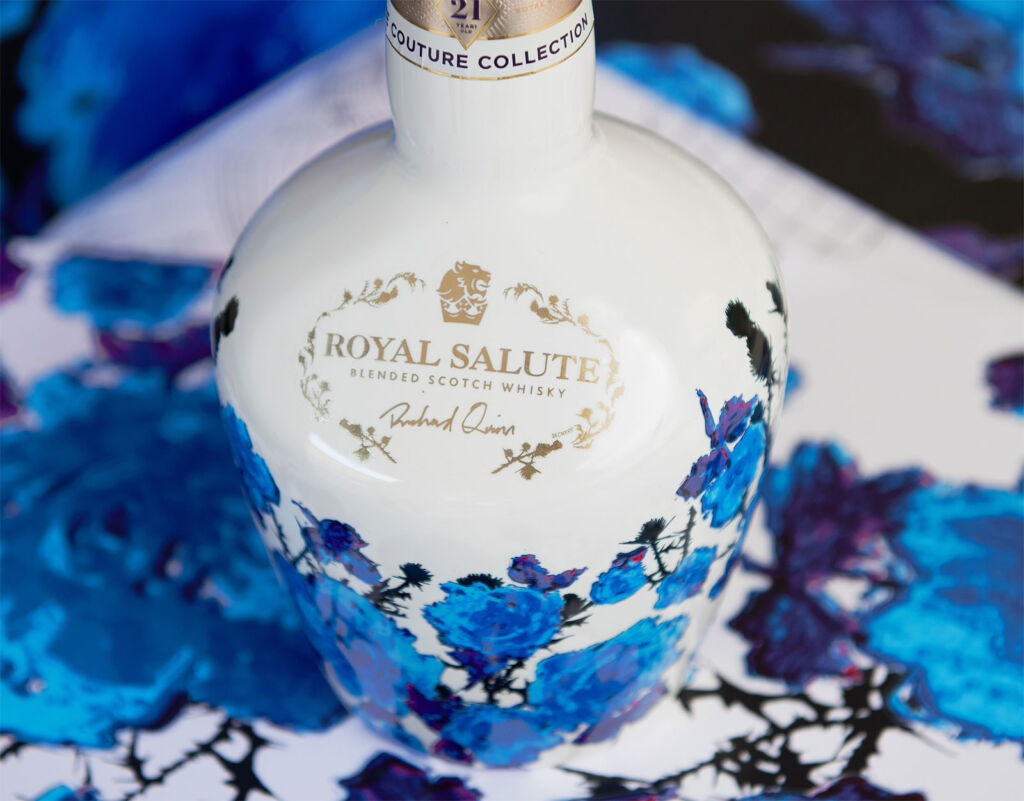 With leading expertise in the art of blending, inside the eye-catching flagons is an equally impressive new 21 Year Old blend, which has been crafted by Royal Salute’s renowned Master Blender Sandy Hyslop, who personally chose more than 31 rare single malts and grain whiskies, all matured for a minimum of 21 years.

The resulting spirit offers a stunning floral and fragrant character, mirroring the design of the flagons, with profound depth and a pleasing structure of oak and spice, also treating whisky connoisseurs. 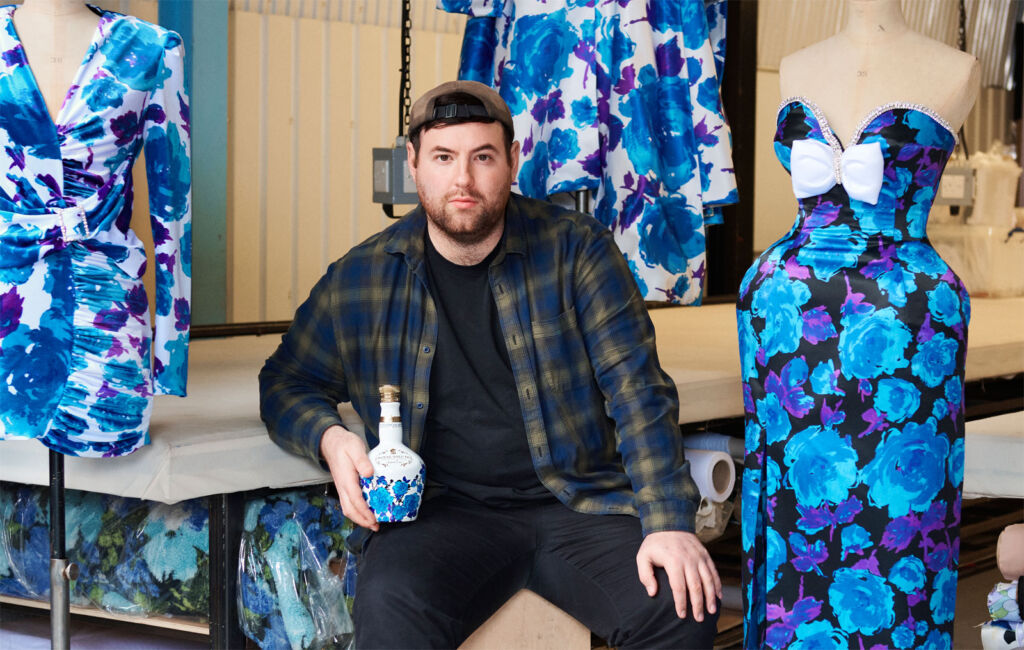 Talking about the collaboration, Richard Quinn said that witnessing craftsmanship and innovation within different areas of expertise had always fascinated him, so exploring the world of expertly blended and high-aged whisky for the first time was a powerful source of inspiration.

He also went on to say that he is delighted that the expression resulted from a great partnership that encapsulates passions in a truly modern way, and that he loves the thought that his designs for Royal Salute will be collected and treasured for years to come by whisky and fashion lovers across the globe.

Royal Salute 21 Year Old Richard Quinn Edition – Where and How?

The Royal Salute Couture Collection 21 Year Old Richard Quinn Edition is being released in limited quantities and can be purchased at selected luxury retailers worldwide at an RRP of US$250. For more information, visit www.royalsalute.com.

Read more whisky articles, including news on recent releases by Royal Salute in our Wines and Spirits section here.