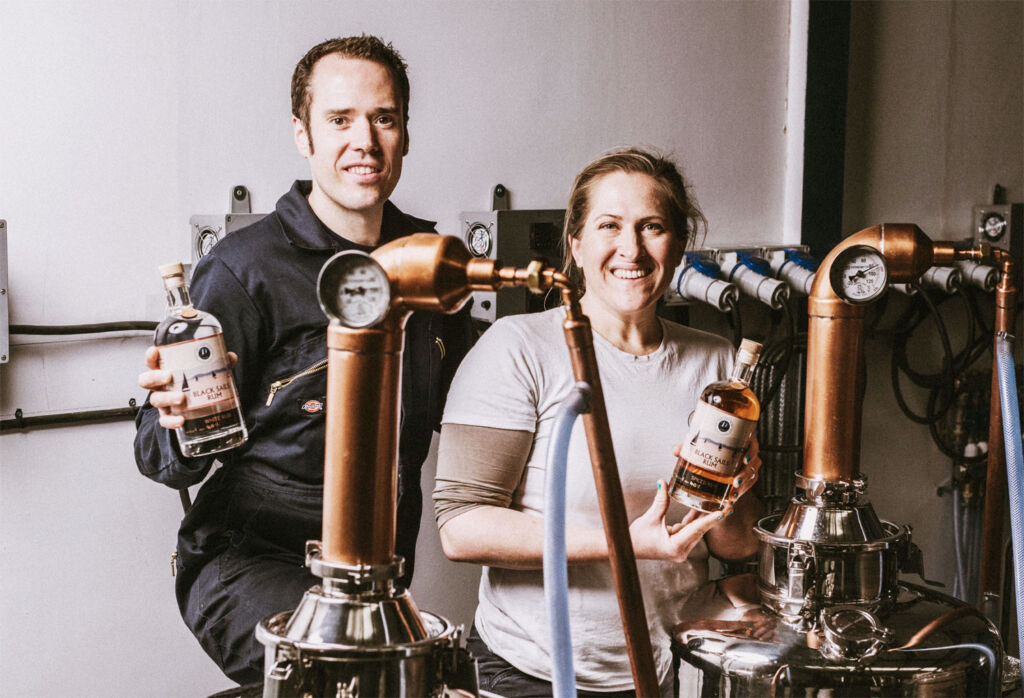 Luxurious Magazine’s Sabi Phagura caught up with Two Drifters Distillery co-founder Russ Wakeham to learn about the growing popularity of rum, which they produce in Exeter.

Rum is a tropical drink that conjures up holidays, cocktails, sandy beaches and ocean breezes. The liquor is made by fermenting then distilling sugarcane molasses or sugarcane juice and is thought to have originated in the West Indies. The first rum distillation took place on the sugarcane plantations of the Caribbean in the 17th century.

Plantation slaves discovered molasses could be fermented into alcohol. British sailors received regular rations of the drink from the 18th century. But the ‘rumaissance’ is turning the tide back to British shores, and the Devon-based Two Drifters Distillery is leading the offering in craft-focused, high-quality flavoured and spiced rums.

Luxurious Magazine: Russ, you’re an Organic Chemist. We’re intrigued, but our knowledge of this profession is a tad patchy. Tell us, what does this mean exactly?
Russ Wakeham: Very simply, an Organic Chemist works on compounds containing carbon, my most recent research involved converting CO2 into formic acid. I have a real passion for turning CO2 into a more valuable product, in order to create an incentive to stop pumping it into the atmosphere. 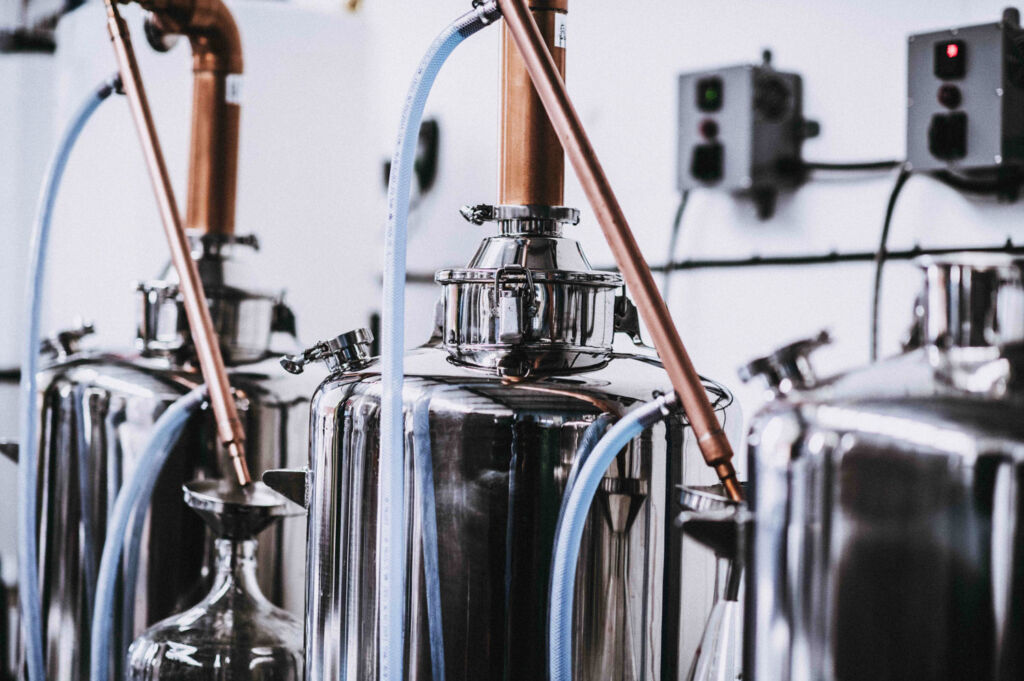 LM: You often hear of gin, whisky and vodka distilleries in the UK. What was it about rum that enticed you to open a distillery?
RW: Gemma and I have always had a passion for rum, and we even went to St. Lucia on our honeymoon. As you say, there are many other UK spirit producers, but not many rum distilleries, so we felt we had the passion and the skills necessary to fill the gap in the market. The great thing about rum is that it is made from sugar. We use 100% molasses, and we love working with such a high-quality raw ingredient. 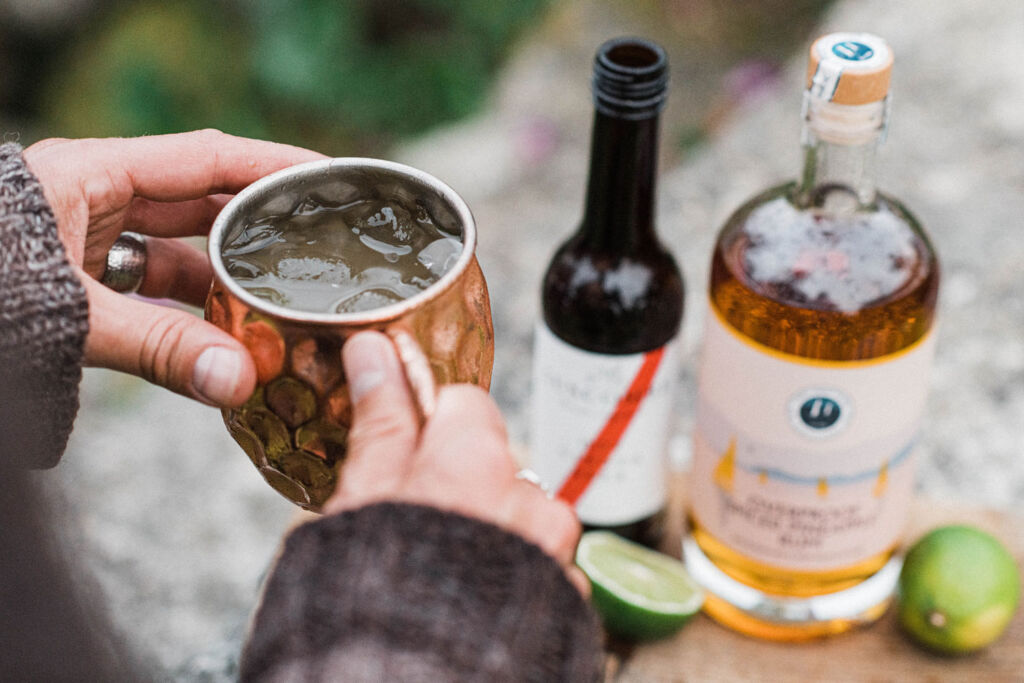 LM: How difficult was it to launch a rum in the UK and open up a distillery?
RW: It certainly wasn’t easy! Rum is not an easy product to make, which is probably why there aren’t many of us. We started out as a brewery as well, as we didn’t believe there would be enough demand for a British-made rum. We were quickly proven wrong on this, and we’ve been able to stop beer production, focus 100% on rum, and even expand our equipment so we can be one of the largest rum distilleries in the UK, that actually makes rum from scratch rather than importing it.

LM: Do tell us a bit about the products you use and where you source them from.
RW: We have a very short product list, as rum has very few ingredients! The sugar cane is grown overseas and then brought to the UK, where it is refined by Tate & Lyle. The molasses is a waste product and usually goes to agricultural feed, but we take it, make our rum, and then it goes to agricultural feed once we’ve distilled it. The only other ingredients in our White Rum are water, and yeast…the rest is chemistry!

LM: You and your wife Gemma are passionate about the environment and have created the world’s first carbon-negative rum distillery. Is this challenging?
RW: It really isn’t, but that is because we set up the business knowing we would do all we can to reduce our impact on the environment. It’s now just factored into our everyday decisions. We essentially imposed a carbon tax on ourselves, so the more we can do to reduce our own CO2 emissions, the less we have to remove from the air. 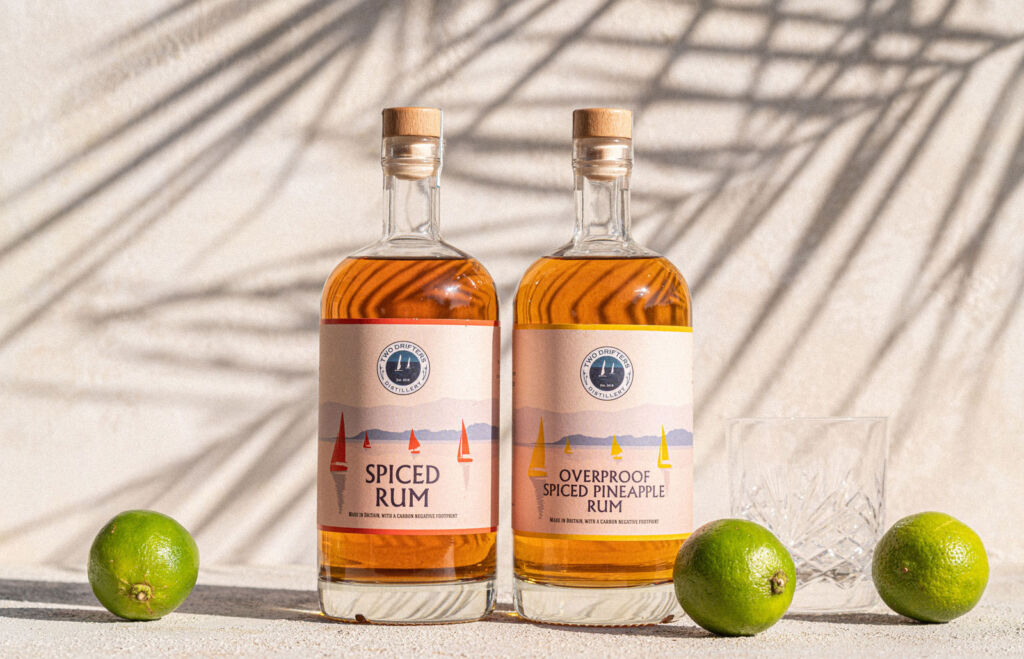 LM: We all know 2020 has been a difficult year for all, including businesses like yours. Have you been affected by Covid-19?
RW: Our business now is very different from how we forecasted in January, as we lost our trade custom overnight! It’s not all negative though, as we have secured some excellent contracts during the lockdown, for example, John Lewis and Virgin Wines.

We were able to make hand sanitiser for a few weeks which, although didn’t make a profit, we were able to keep the lights on, and we donated a lot to frontline key workers, so we felt we were doing something. We have busy social media platforms too, and so we used these to show people what and how we do what we do. People were stuck at home, and we saw our website traffic increase dramatically. 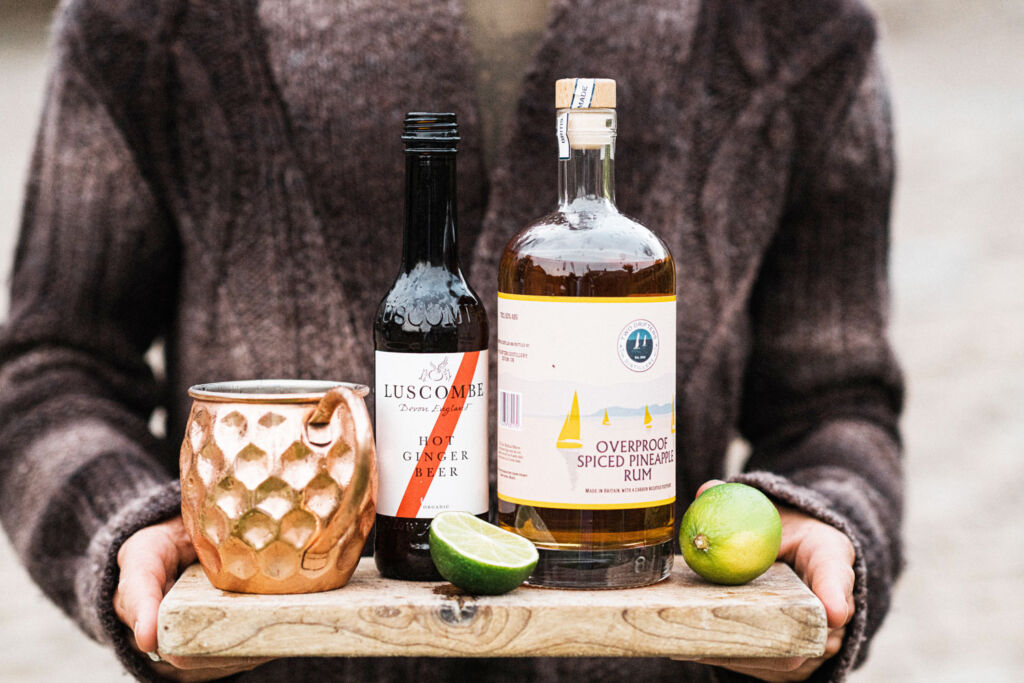 LM: And we have to ask, what’s the best way to drink the Overproof Spiced Pineapple Rum?
RW: So all of our rums are designed to be enjoyed with your favourite mixer – you don’t need to make a complicated cocktail (unless you want to!). I think the Overproof makes the best rum and coke, but Gemma loves it with ginger beer…so it is entirely your choice!

Two Drifters Distillery – Where and How?

Laetitia Girard Gives us an Exclusive Insight into EXCELLENCE by Vendôm