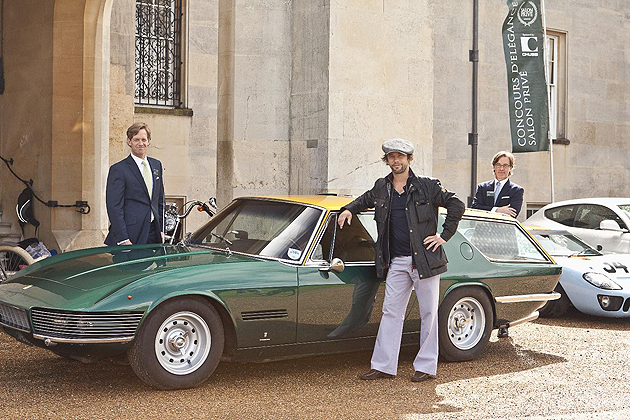 Salon Privé, the Luxury Supercar Event & Concours d’Elégance, announces details of its 2012 line-up, featuring world exclusives and British debuts from the worlds of motorsport, automotive and luxury goods – all set to appear at Syon Park from 5th to 7th September, the new dates for this year’s event.

With the major external renovation of West London’s exquisite Syon House taking place throughout the middle of the summer, and the venue set to showcase some very exciting new developments, this year’s later event dates will ensure the 2012 British season is rounded off in style.

2012 will be the seventh consecutive Salon Privé and will boast a range of new features and exhibits, with more supercar and premium brands than ever before. In addition, the event welcomes some new partners to the lawns of Syon Park alongside existing brands from previous years 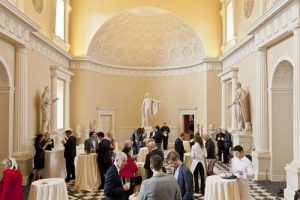 New Collections Expected to steal the limelight at this year’s event is the very special ROFGO Gulf Collection. Salon Privé is delighted to be able to unearth this rare collection of Gulf cars from Adrian Hamilton’s country house in Hampshire, and bring them to Syon Park on full public view together for the very first time. These cars, instantly recognisable from their iconic sky blue and orange livery, stretch right back from 1967 (the 1967 Mirage was the first Gulf-liveried car to run at Le Mans) to the present day (the 2010 Lamborghini Gallardo competed in the GT2 Championship).

In a year when Her Majesty The Queen celebrates the 60-year Diamond Jubilee, the Mercedes-Benz Gullwing is also celebrating its own 60th anniversary in the public eye, and will be on display in all its glory at Syon Park this September. Named because of its unusual “Gullwing” upwards lifting doors, the car was initially conceived as a purpose-built racing sports car and went on to achieve immediate iconic status – as evidenced by 2011’s equally striking tribute SLS, also exhibited at Salon Privé in 2012.

There will also be a special exhibit dedicated to memorable cars from the movies, including some rare DeLorean examples and a number of vehicles from the Bond franchise of 007 films over the years.

As always there will be some exquisite collectors’ models from overseas at Salon Privé, including a number of unique one-offs such as: 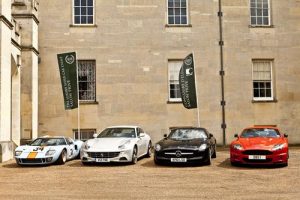 Alongside the event’s impressive portfolio of partners will be a number of new brands representing sectors such as yachts and yacht brokers, luxury marble, accessories, fashion, furniture and audio-visual equipment. New for 2012 will be a special ‘Aviation Lawn’, which will provide the event’s high net worth guest list with a greater insight into the ownership and charter options that exist within the private aviation industry. The inaugural Art and Memorabilia Fayre will also take place on the Concours Lawn, supported by the Zurich-based private bank, EFG International and featuring a fabulous collection of automotive paintings, prints and photographs from yesteryear and the current day.

This artwork will feature some of the most iconic racing liveries ever seen. In keeping with this year’s somewhat Italian theme, three dazzling Touring Superleggera Disco Volante will arrive on Syon Park’s lawns for the first time, fresh from a recent debut at the Geneva International Motor Show for the 2012 model. This modern flying saucer is built on the bones of the Alpha Romeo 8C Competizione, and boasts 443 horsepower from the rear wheels of the car. The Touring Superleggera is set to turn a few heads at Syon Park in September. Also representing iconic Italian design will be a special Concours d’Elegance class dedicated to the Bugatti vintage competition series – perhaps the most valuable gathering of automotive royalty to grace the Salon Privé lawn in the event’s history.

Concours Cars and Judges In a year of anniversaries, it is also the 25th birthday of the iconic Ferrari F40 – a collection of which will lead the way at this year’s Concours d’Elégance. The memorable Italian supercar, which was produced from 1987 to 1992, will be one of the jewels in Salon Privé’s crown this year. A mid-engine, rear wheel drive, two door coupe, the F40 was the fastest, most powerful and most expensive car that Ferrari sold to the public. Only 1,315 F40s were manufactured in total, several of which will form a central part of this year’s Concours. 2012 also sees the most prestigious and impressive line-up of Concours judges in Salon Privé history, including Derek Bell MBE, Dr. Ulrich Bez, Dr Adolfo Orsi, Marek Reichman, Peter Stevens, Ian Callum, Keith Bluemel, Suzi Perry, Frank Stephenson, Andrea Zagatto, Marcel Massini, Anette Abaci, Julius Kruta, Steve Parish and Malcolm Wheeler.

Salon Privé regular Jay Kay, who will be an exhibitor this year with his unique Ferrari 330 GT Vignale shooting brake, said: “If you are looking for a splendid day out in London, surrounded by beautiful people and, in my opinion, even more beautiful cars – then Salon Privé is the place for you. There are some seriously unique exhibits this year, and I for one can’t wait to take a closer look at the Gulf collection and the Ferrari F40 25 years’ celebration.  See you there!”

Salon Privé co-founder and sales director, David Bagley, added: “With a fantastic line up of debuts and exclusives for Salon Privé 2012, we are very excited about rounding off a fantastic summer of British celebrations. Surrounded by the best of automotive, motorcycling and luxury goods collections – both past and present, it is shaping up to be a truly memorable year in Salon Privé history, and another wonderfully fashionable and glamorous garden party in quintessentially English style.”