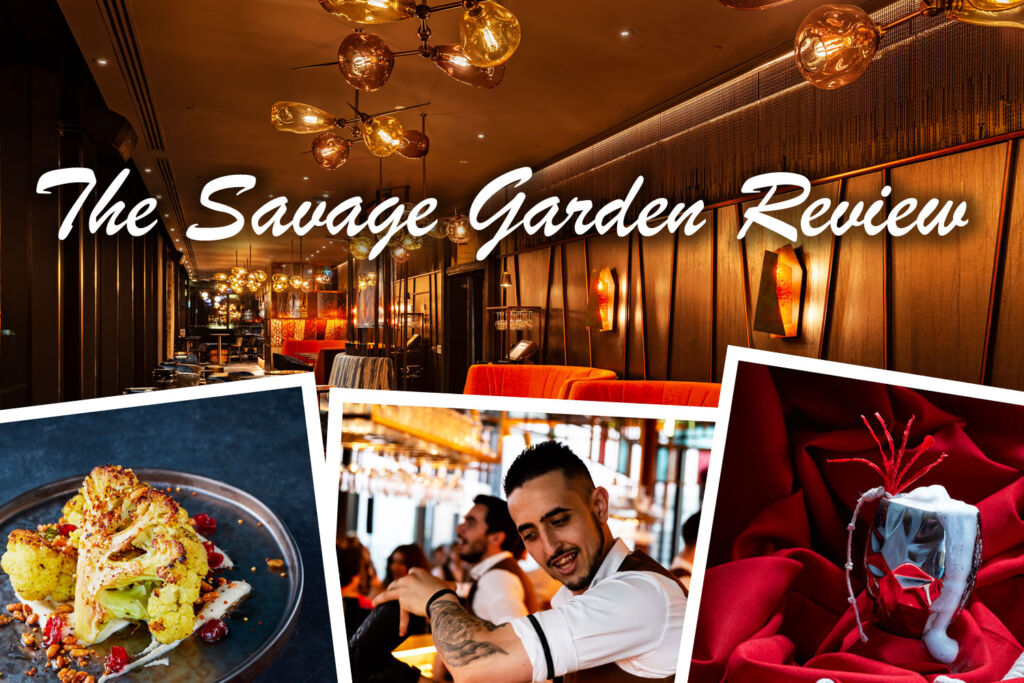 Opened in June 2018, and located on the 12th floor of the DoubleTree by Hilton Hotel in Tower Hill, Savage Garden occupies the 8,870 square-foot space which was once home to the rooftop bar called SkyLounge. The name “Savage Garden” supposedly comes from the 1985 novel, “The Vampire Lestat”, penned by Anne Rice, where the vampires’ world of godless beauty is described as a “savage garden”. 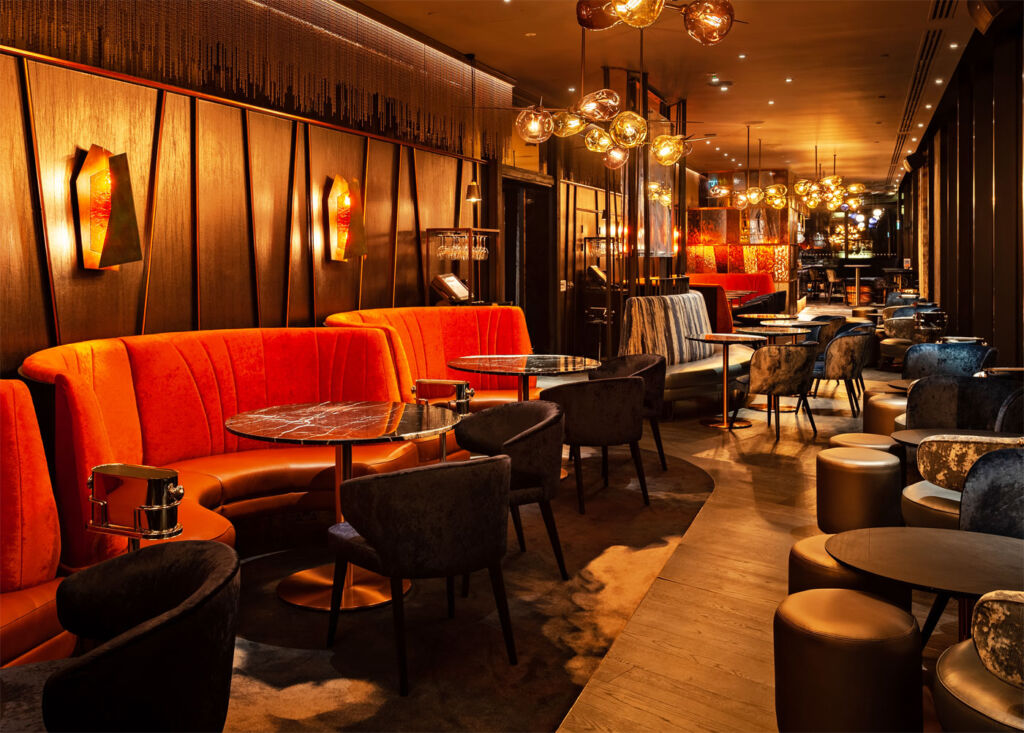 This venue can accommodate over 400 visitors at a time, and the interior combines stone, metal, wood and glass to mirror London’s urban landscape, plus marbled surfaces and velvet covered seating.

The hotel’s owner, Shahin Esmail, wanted to create a wild and escapist bar that tears up the rulebook, and which offers the elements of surprise and delight, and I think that this rather different vision has certainly been achieved. 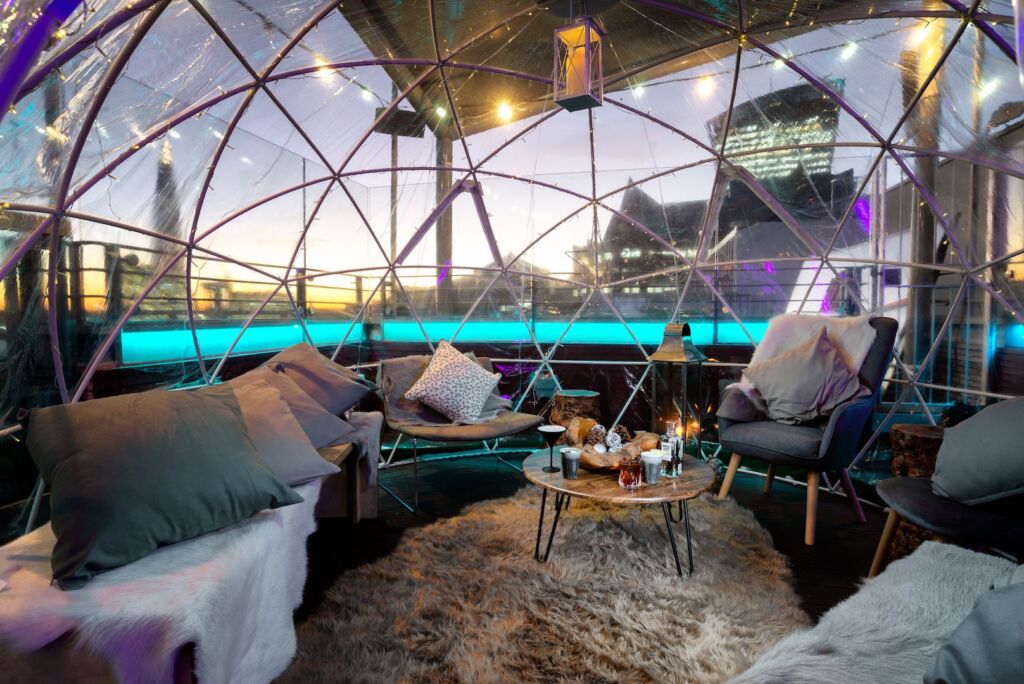 Thanks to its enviable position, Savage Garden has the privilege of being able to offer stunning 360-degree vistas of some of London’s most famous landmarks such as The Shard and Tower Bridge which are illuminated at night, and boasts two outdoor areas for those who wish to enjoy the vistas alfresco. The first is “Wildside”, an all-weather terrace and events space complete with a retractable roof (which was closed when we went), and facing south is the Pink Gin terrace. 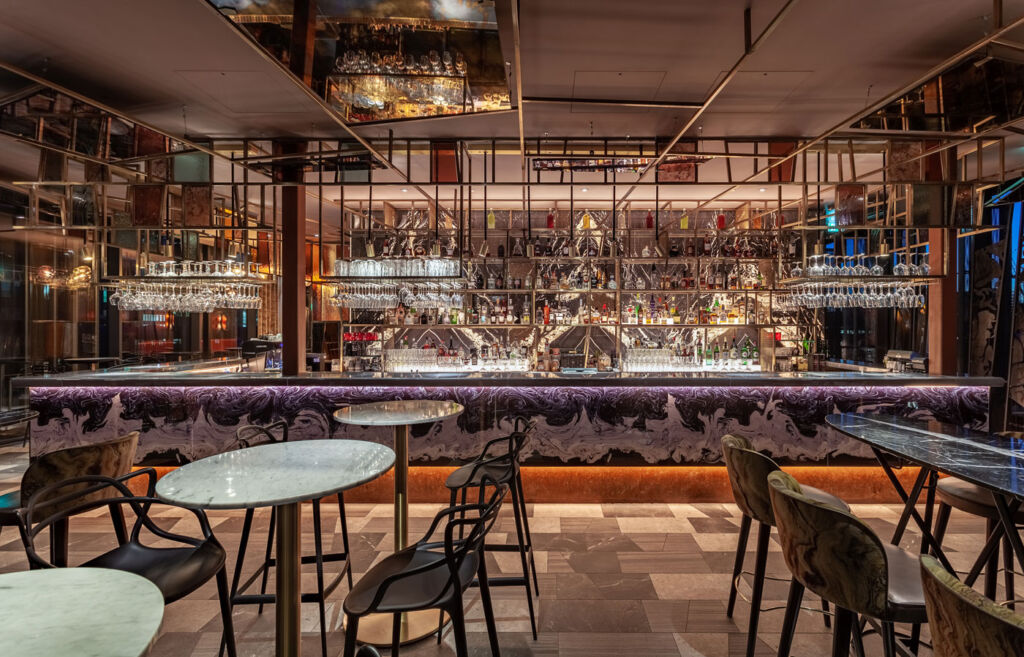 On the Saturday evening that we visited, it was quite busy, even at 7 pm, and we were seated at one of the high tables opposite the bar by the large floor to ceiling windows which certainly offered the best views of the surrounding cityscape. The only downside was that there was a regular flow of people coming to take photos by the window, or choosing to pull open the doors to venture out on to the breezy balcony to catch a closer glimpse of the skyline by night. This, however, was a relatively minor sacrifice when you occupy one of the best positions in the establishment.