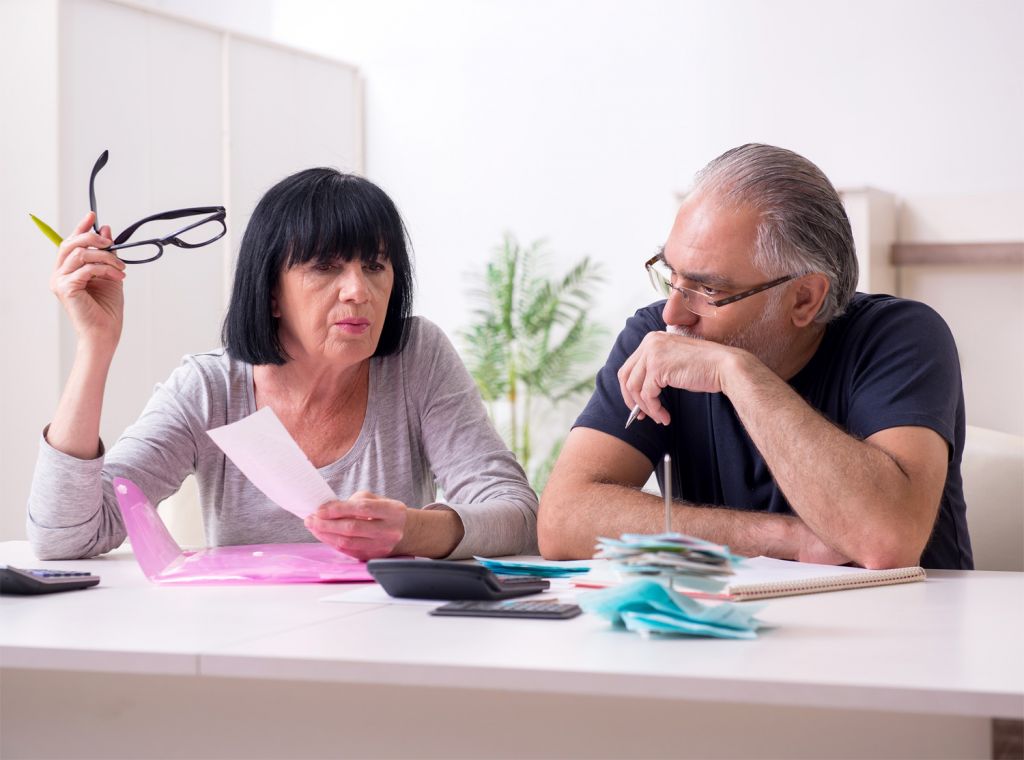 UK savers must’ve felt they’d come up trumps when it was announced there would be no cut in the UK base lending rate last month. But, although rates remained the same, this has not stopped rate cuts on many of the top savings accounts.

Moneyfacts.co.uk has revealed that top deals across easy access and fixed bonds with terms of between one to five years have dropped month-on-month – the top five-year bond pays 0.40% less than the top deal last month. The only top rate to remain unchanged from Moneyfacts analysis of non-ISA products is for notice accounts.

Also, they found that the number of deals able to outpace inflation has fallen dramatically month-on-month, from 331 in total that beat 1.3%, to 21 today that beat 1.8% – so savers would currently need to opt for a fixed rate account to outpace inflation. The predicted rate for inflation during Q4 2022 is 2.2%, but there are no standard savings accounts currently able to beat this.

Statistics released today show the Consumer Price Index (CPI) rose to 1.8% during January, meaning there are only 31 fixed-rate bonds (based on a £10,000 deposit) that can now match or beat inflation*. Within that, 21 fixed bonds pay more than 1.8%. 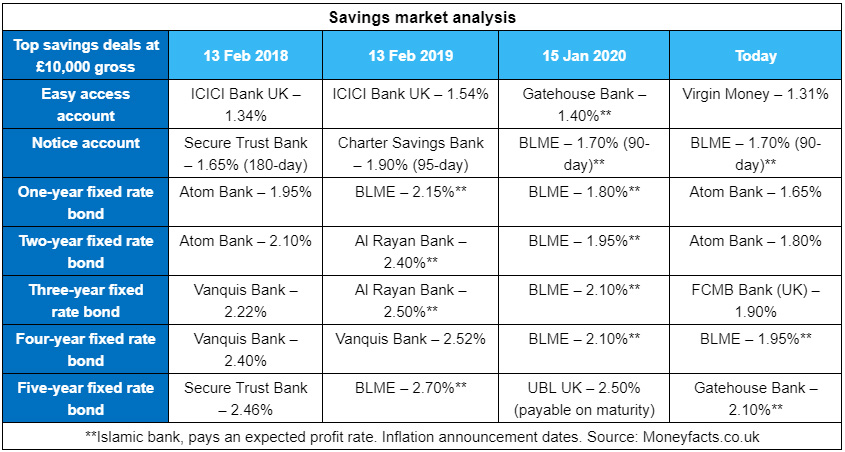 Rachel Springall at Moneyfacts.co.uk, said: “Savings rates have continued on the downward spiral this month, as a lack of competition takes its toll. The top one-year fixed-rate bond in the market now pays 0.15% less than last month while the top five-year rate pays 0.40% less.

“A year ago, savers would have found a top one-year fixed bond paying 2.15%, but today, not even the top five-year fixed-rate bond will pay this return. This could dishearten savers who may be coming off a one-year fixed bond and are searching for an equivalent rate over a similar term.

“The latest inflation announcement may not be of concern to some savers looking to outpace its impact as it is below target, but it is expected to rise to 2.2% by Q4 2022. As it stands, there is not one fixed-rate bond that can beat this rate.

“While savers escaped a base rate cut from the Bank of England this month, there is uncertainty as to whether this could be just around the corner or indeed later this year. Regardless of any change, it is vital that savers shop around as it is clear to see that speed is key to grab the most lucrative rates.”

Related article: UK fixed savings rates have continued on a downward trajectory, so much so that the average longer-term fixed rate is at its lowest point since May 2017 – unwinding any potential benefit from competition or the Bank of England base rate increases during this time. Read more.

*Data note: Please note that these savings product numbers only include deals that are available to all UK residents (no notice, notice, fixed-rate bonds, variable or fixed ISAs) and excludes regular savers and children’s savers (this figure does not count each interest payment option for each account), based on a £10,000 deposit. Higher rates may be available for larger deposits.