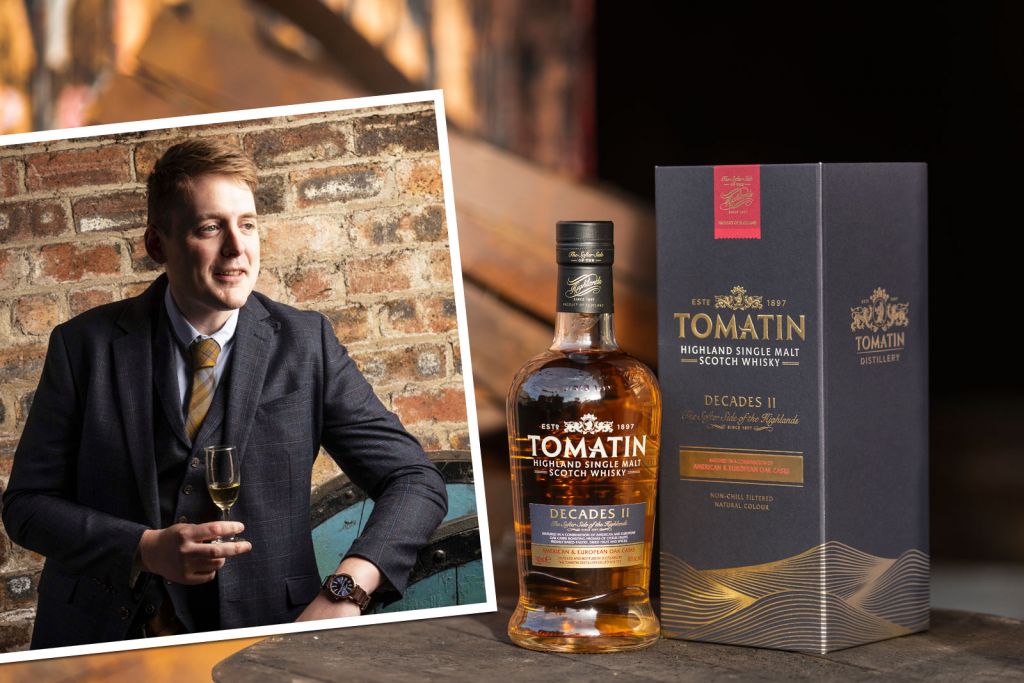 Simon Wittenberg catches up with Scott Adamson, Tomatin’s Global Brand Ambassador to discuss the impact of the Coronavirus, the first-ever virtual whisky festival, and what’s coming next…

LM: How long have you worked at the Tomatin distillery for, and what sparked your interest in whisky?
SA: This is actually my second stint at Tomatin. I first joined the company in 2012 as a research assistant and then moved into a commercial role as a Regional Sales Manager, looking after our brands across Europe. Then, in 2017, an opportunity came up at another company to establish business in emerging markets. This was a challenge that I was excited about and enjoyed, but I would be lying if I said I didn’t miss Tomatin, so when I was asked if I would be interested in returning as Global Brands Ambassador, I leapt at the opportunity. 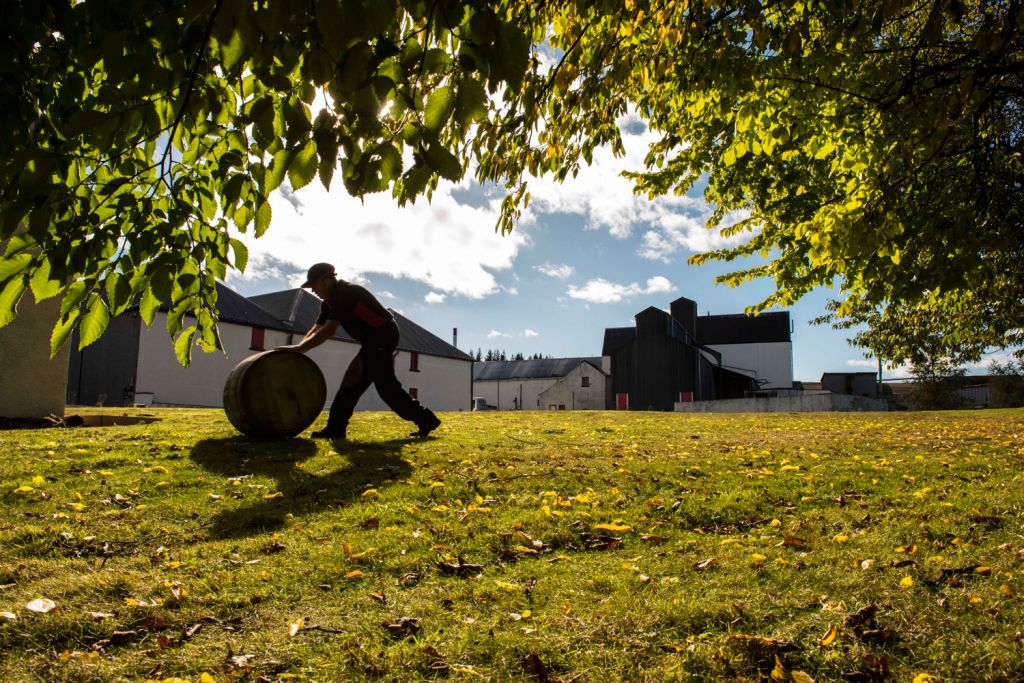 I’ve been in this position for almost two years now, and I think this second stint will be a lot longer than the first. I grew up in the Scottish Highlands, so have been surrounded by distilleries my entire life, but if anything, I think that maybe made me take whisky for granted rather than appreciate it. It was only when I started working at Tomatin and began to gain an understanding of the history, craft and quality involved, that I started to really pay attention. I started going to tastings, engaging with brand ambassadors and buying bottles, and although I didn’t have a real “eureka” moment with whisky, somewhere along the way an interest turned into a lifelong passion.

LM: What are your career highlights to date?
SA: One of my greatest highlights is actually being approached to be Tomatin’s Global Brands Ambassador. This is a new role for the company, so to be entrusted with representing the company and its brands around the world is a real honour. As part of my role, I’m also involved in cask selection and blending, so there’s a real sense of pride when products I’ve had a hand in creating win awards, get good reviews or are even enjoyed by people at a show or in a bar.

Over the last couple of weeks, I have had to cancel a lot of travel plans and I’ve got a new appreciation for the friendships I’ve been able to form and experiences I’ve enjoyed because of whisky. It might be a bit of a cliché, but I guess these are the real highlights; it’s what whisky is all about. 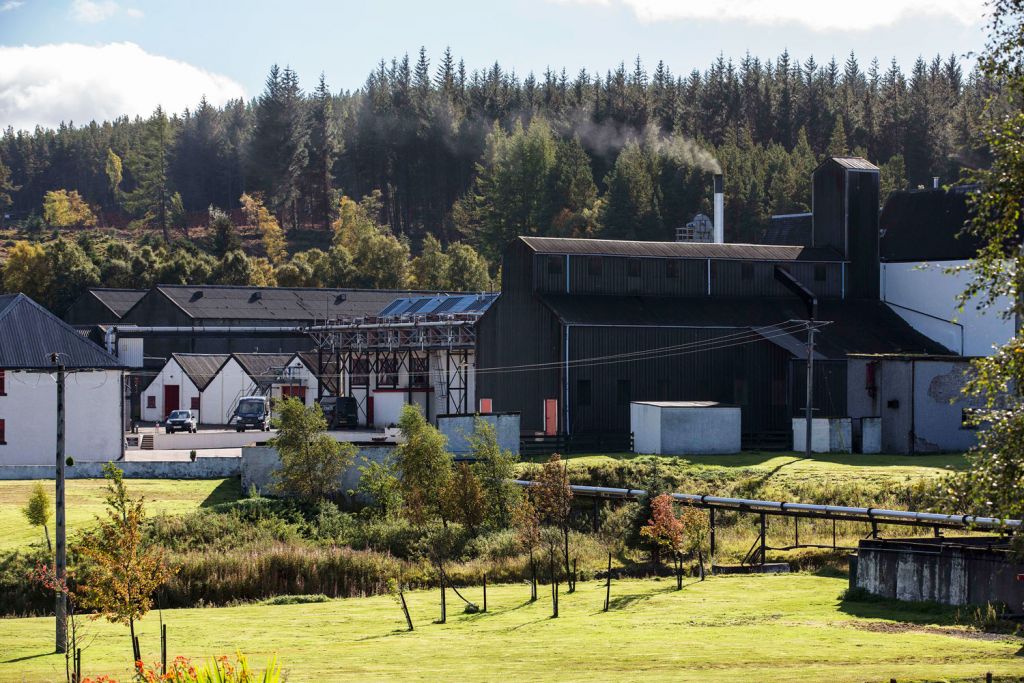 LM: What makes Tomatin standout from other Scottish distilleries?
SA: The list of things that we do at Tomatin that are considered uncommon or even unique is almost endless. The majority of our workforce live on-site, we’re one of the few distilleries to have an in-house cooperage and we’re also one of the few distilleries to have our head office on site. Everything we produce is matured in Tomatin – we are one of the industry leaders in implementing sustainable and environmentally friendly production methods and that’s all before we look at the way the spirit is produced. It’s all of these things together that make Tomatin standout.

But for me, the most striking point of difference is the breadth and depth of the product portfolio that we offer. I can’t think of any other brand that offers as many flavours, ages or price points, and then we have limited releases on top of that. As a team, we love experimenting with different cask maturation, so it’s not unusual to see interesting cask releases from Tomatin.

LM: Who are your typical customers, and which countries are your biggest markets?
SA: I don’t really think we have a typical customer. All things “craft” has become so widely popular and available that our whisky is in the hands of a more diverse group of consumers than ever before. On top of that, we have such a broad range that it offers something for everyone.

Our top three markets are the USA, UK and Japan. We are also seeing huge growth in the global travel retail sector as we establish the brand in outlets across the globe. 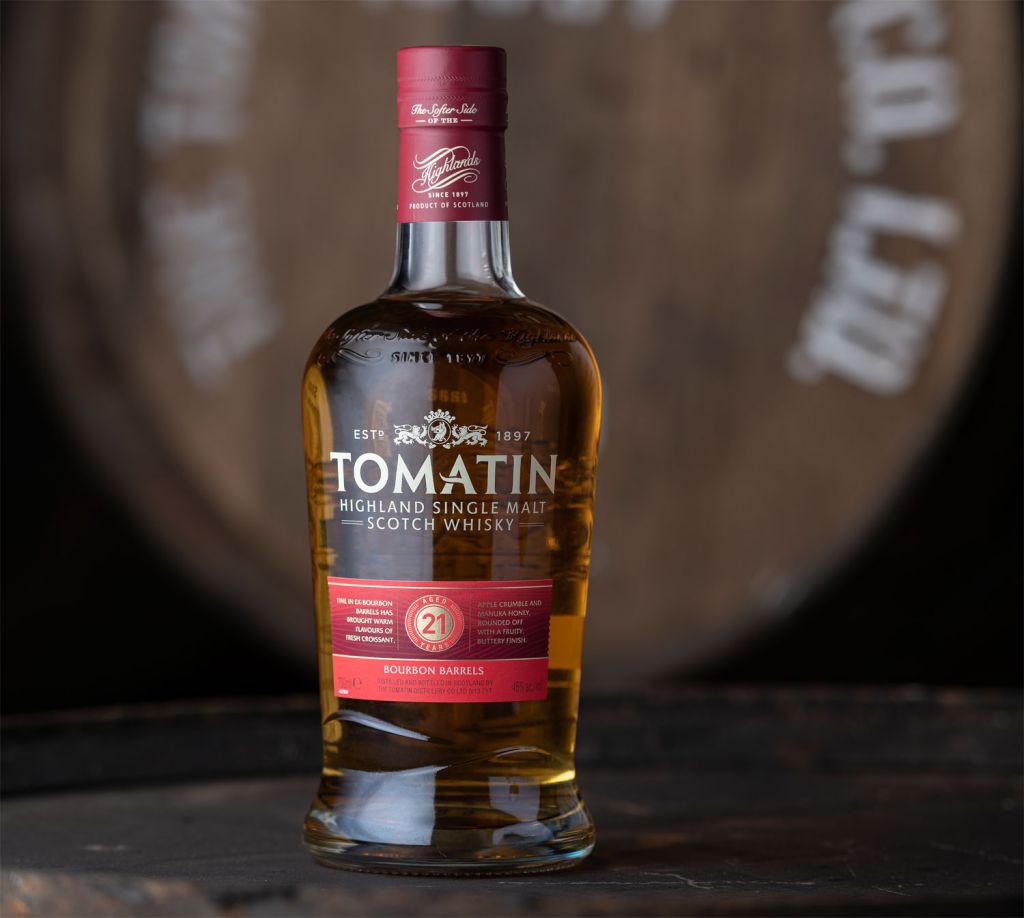 LM: You added the 21 Year Old to your global Travel Retail range in February. With flights now very restricted, what has the impact been on sales?
SA: We launched the 21 Year Old in February before everything shut down and the feedback was fantastic, as expected. We’re closely monitoring the situation, and of course, sales will be impacted. However, it essentially means that everything will be delayed. It’s a great product, so I’m confident it will be a success, just a bit later than expected.

With the wider range, it is going to be a couple of months before we know the true impact of COVID-19. Some online retailers have reported a spike in sales, but traditional bricks and mortar outlets are naturally struggling.

LM: You have organised the world’s first Lockdown Whisky Festival this coming Saturday, and will be featured alongside an array of brands, such as Glen Moray, Arran and BenRiach. What will it include?
SA: I’m really excited about this. Whisky festivals around the world have been cancelled over the past couple of weeks, but that shouldn’t mean that enthusiasts have to miss out completely. I’ve always said that the whisky industry is more collaborative than competitive, so I decided to put that to the test and invite some of my friends from across the industry to come together to put on the world’s first virtual Lockdown Whisky Festival. In less than 12 hours, 12 brands were on board and we got to work. 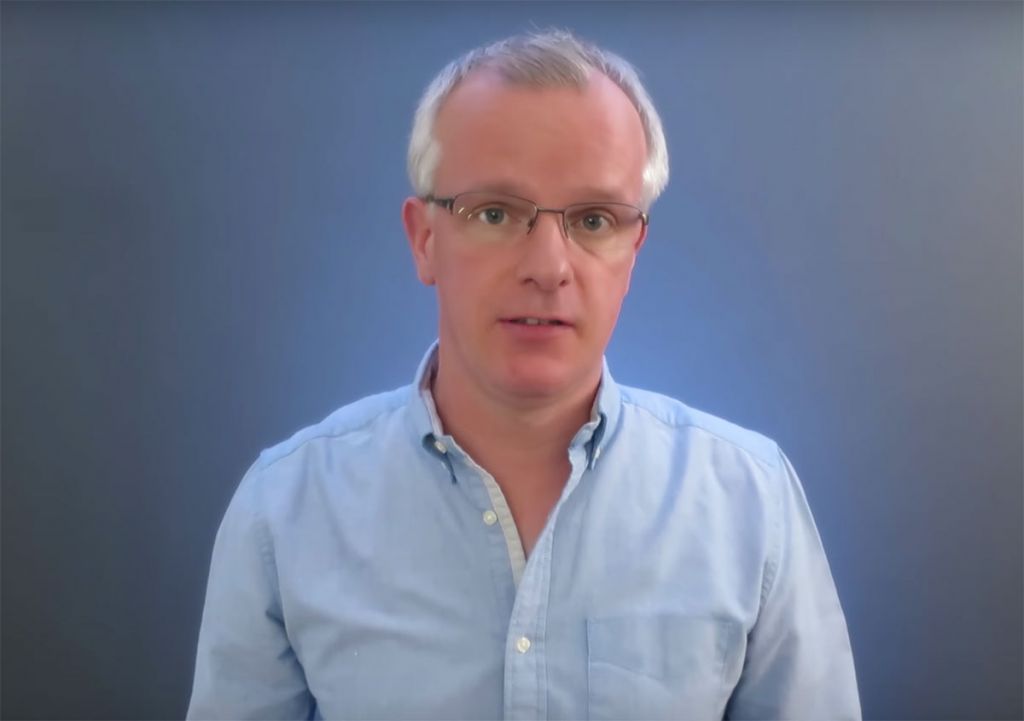 On the day, Roy from Aqvavitae will be the host and will effectively play the role of the virtual punter, visiting each producer. Each producer will have a 15-minute time slot to introduce their brand, talk about two whiskies (the full list of whiskies will be published on Friday evening) and answer questions that Roy has taken from the live chat. We want people to get involved and ask the questions they normally would at a real show. You’ll be able to watch the Lockdown Whisky Festival live on Tomatin’s YouTube channel this Saturday from 2 to 5 pm.

LM: Aqvavitae, an independent whisky influencer, will be hosting the Festival. Why did you choose them?
SA: First and foremost, Roy is a great guy, and anyone who has watched any of his vPub segments on YouTube will understand why he is the perfect host for the Festival. Aqvavitae is one of a growing number of whisky YouTube channels who, over the last couple of years, have built an incredible online whisky community. In December 2018, I was a guest on one of his vPubs, and I was blown away not only by his passion for whisky, but also by his ability to communicate with his audience in an entertaining and engaging way, and I’ve been a regular viewer ever since.

Due to the current situation, I have looked to be more active online, and Roy has been incredibly generous with his time and knowledge. Now that us producers look to enter this virtual whisky world, it is only right that we acknowledge the people who have been doing it for so long and we are grateful that Roy will be hosting the festival.

LM: What’s next for Tomatin post-lockdown, and what new launches are in the pipeline for when we return to some kind of “normality”?
SA: On the whole, I’m looking forward to picking up where we left off; 2020 started off as a really promising year for Tomatin, and I’m hopeful we can get back on track as soon as possible.

We have some really exciting releases planned over the next few months (I can’t say too much about these at the moment, the marketing team might be reading), so I’m looking forward to getting back on the road and getting these into the glasses of consumers around the world.

LM: How are you personally keeping busy in this quieter period?
SA: I have an 18-month old son, so it doesn’t really feel like much of a quiet period. If anything, I think I’ve been in contact with friends and family more now than I would when I’m travelling. Everyone has a lot more free time and is getting to grips with ways to virtually hang out.

I guess like everyone, I’m trying to do as many things as possible so as not to get bored and I’ve actually been able to fill the time pretty well. I’m currently studying for my IBD Diploma in Distillation, and earlier in the year, I made the decision to learn to play the guitar too. I’m also not green-fingered, but I’ve been getting into the garden a lot more, and I even baked a loaf the other day!

LM: Thank you for your time, and it has been a pleasure talking to you. 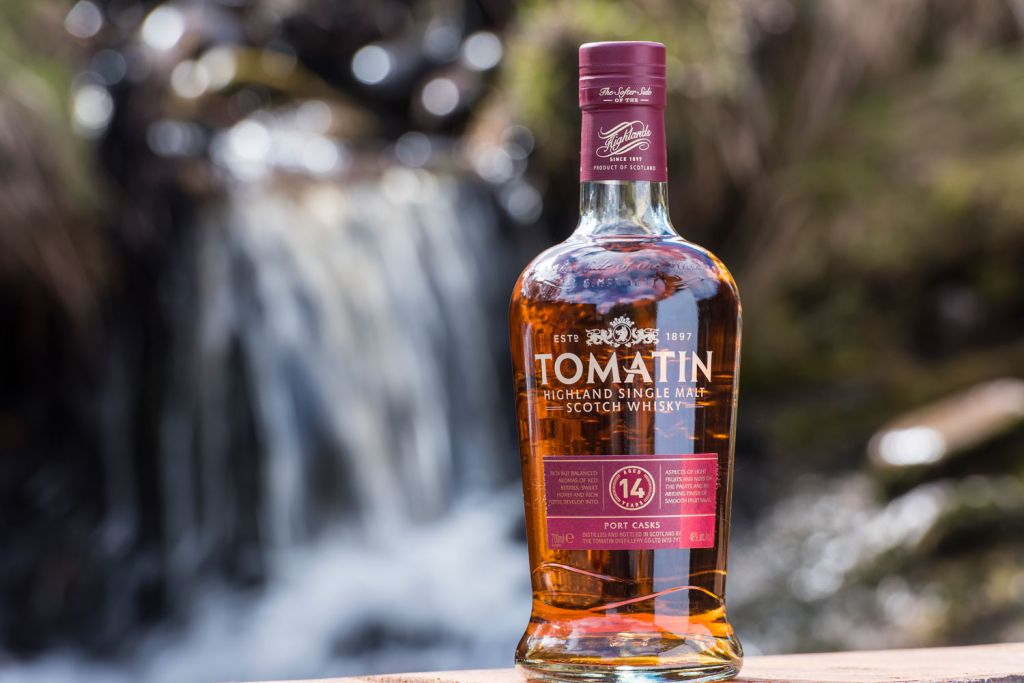 Tomatin – Where and How?

For more information on the Tomatin distillery, visit www.tomatin.com.

Additional information on the Lockdown Whisky Festival
Tomatin Single Malt will be hosting the world’s first Lockdown Whisky Festival this April, alongside an array of whisky brands including Glen Moray, Arran and BenRiach, with a view to bringing enjoyment to the general public and the whisky industry which, like many others, has faced event cancellations and postponements in recent weeks.

The festival will be live-streamed on Tomatin’s own YouTube channel on the 4th April from 2 pm till 5 pm (BST) and will be hosted by independent whisky influencer, Aqvavitae. The virtual whisky festival will see brand ambassadors from multiple international producers unite to engage with the global audience. Brands to appear on the Livestream include Adelphi, Arran, BenRiach, Cù Bòcan, GlenAllachie, Glencadam, Glen Moray, Kilkerran, Kilchoman, Paul John, Tomintoul and of course, Tomatin.