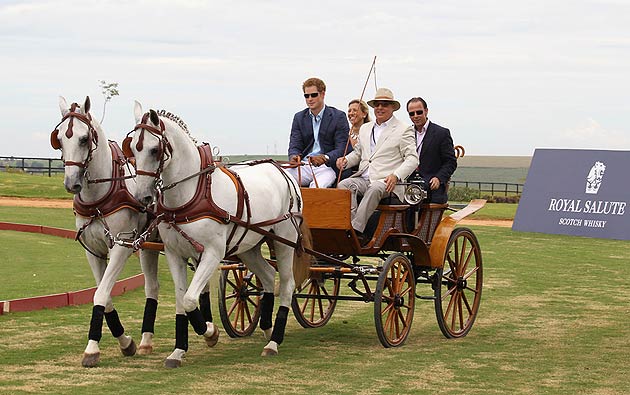 The finale to Prince Harry’s official tour of the US, the Sentebale Royal Salute Polo Cup will take place at Greenwich Polo Club, which holds a number of exclusive polo tournaments throughout the season, including the Royal Salute Jubilee Cup on Wednesday 15 May.

After Brazil famously played host to the Sentebale Royal Salute Polo Cup in 2012 and a successful 2011 in the UK, this year marks the third year Royal Salute proudly partners with the charity that was founded by Prince Harry and Prince Seeiso in memory of their mothers in 2006. Sentebale works with local grassroots organisations to help some of Lesotho’s most vulnerable children get the support they need to lead healthy and productive lives.

The Prince will lead the Sentebale Land Rover team, with Nacho Figueras captaining the St. Regis team which will also include owner of the Greenwich Polo Club, Peter Brant. Distinguished guests from all over the world will gather to watch exhibition polo at its finest, including His Grace Torquhil Ian Campbell, the 13th Duke of Argyll. 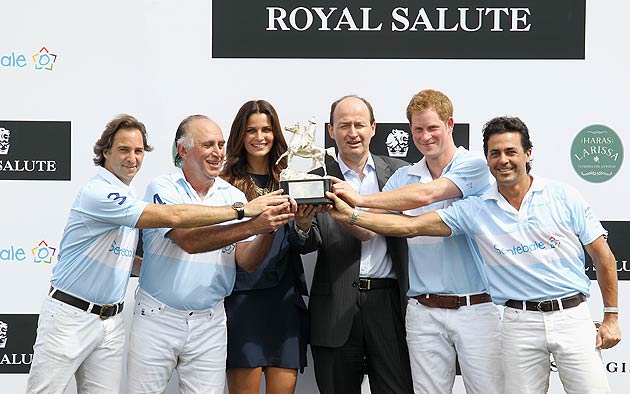 Cathy Ferrier, CEO, Sentebale commented “Sentebale’s annual polo fundraising event has gone from strength to strength over the years. We are delighted to be working with our title sponsor Royal Salute once again and are most grateful to Peter Brant for hosting us at his Greenwich Polo Club. We hope to raise even more money this year from the event enabling us to help many more children.”

Christian Porta, Chairman and CEO, Chivas Brothers commented “Royal Salute is honoured to be partnering with Sentebale for the third year, after two fantastic events in the UK and Brazil. As a leading international polo partner, we are proud to include the Sentebale Royal Salute Polo Cup in our calendar of events and look forward to the continuation of this relationship in years to come.”

Royal Salute also partners with Greenwich Polo Club on the Royal Salute Jubilee Cup which will be hosted this year in September. Royal Salute recently announced a partnership with Argentine polo player, Facundo Pieres as a new ambassador and face of the Royal Salute World Polo Series.