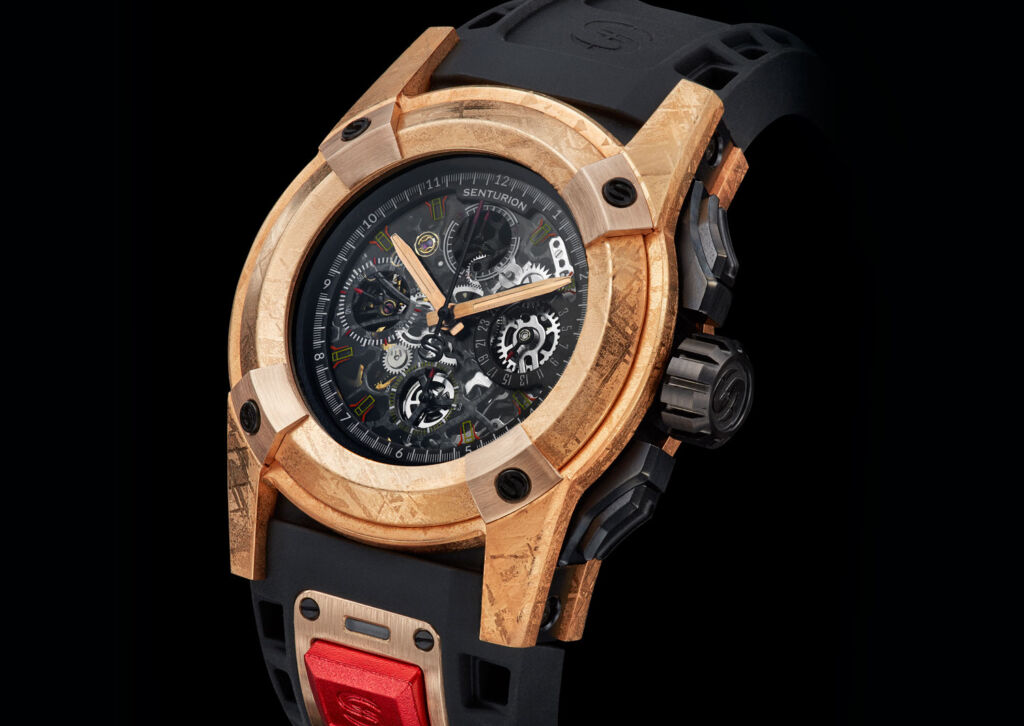 It’s not often you can refer to timepieces as ‘out of this world’, but the new timepieces from Senturion Key are more than worthy of this moniker as they are made using almost five-billion-year-old Gibeon meteorite.

Watches can range in price from less than twenty pounds up to hundred’s of thousands of pounds. The prices are dictated by desirability, materials used, craftsmanship along with a liberal sprinkling of innovation.

Each year, hundreds of new watches come onto the scene and finding one that is sufficiently different from the rest is a tough task. The watch industry is well known for its innovative approach, but one area that hasn’t changed much is the base materials used to construct a timepiece. This is an area Senturion Key has well and truly addressed. 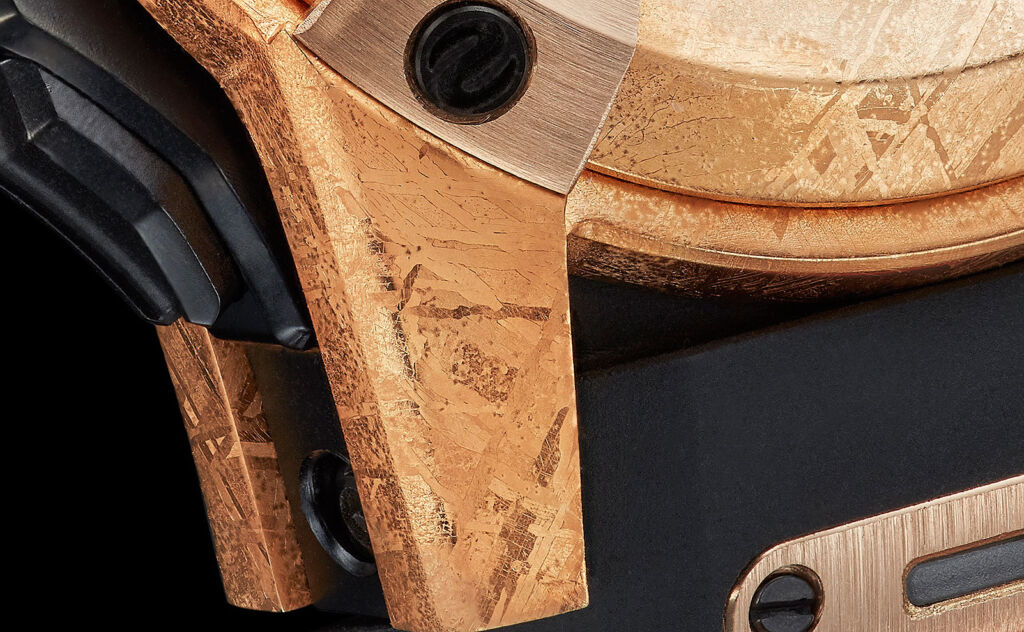 The most striking aspect found on the Senturion Key Gibeon meteorite watches is their unique case pattern. It’s quite amazing to look at and is a refreshing change from the highly polished cases found on other timepieces. You’ll notice fro the photo that the case is gold-coloured; this is a plating to help preserve the incredibly rare material.

According to the watchmakers, the particular meteorite used to construct the watch landed in Namibia, probably around 100 million years ago. Meteorites are surprisingly costly due to their scarcity. This has some very obvious knock-on problems, namely finding enough material to make the timepieces. Because of this, Senturion key is limiting numbers.

An eager buyer snapped up the first meteorite timepiece on the first day of its launch for £127,500. As these watches are so rare and highly sought-after, the second watch will cost even more – £132,950, and each subsequent edition will increase in price. 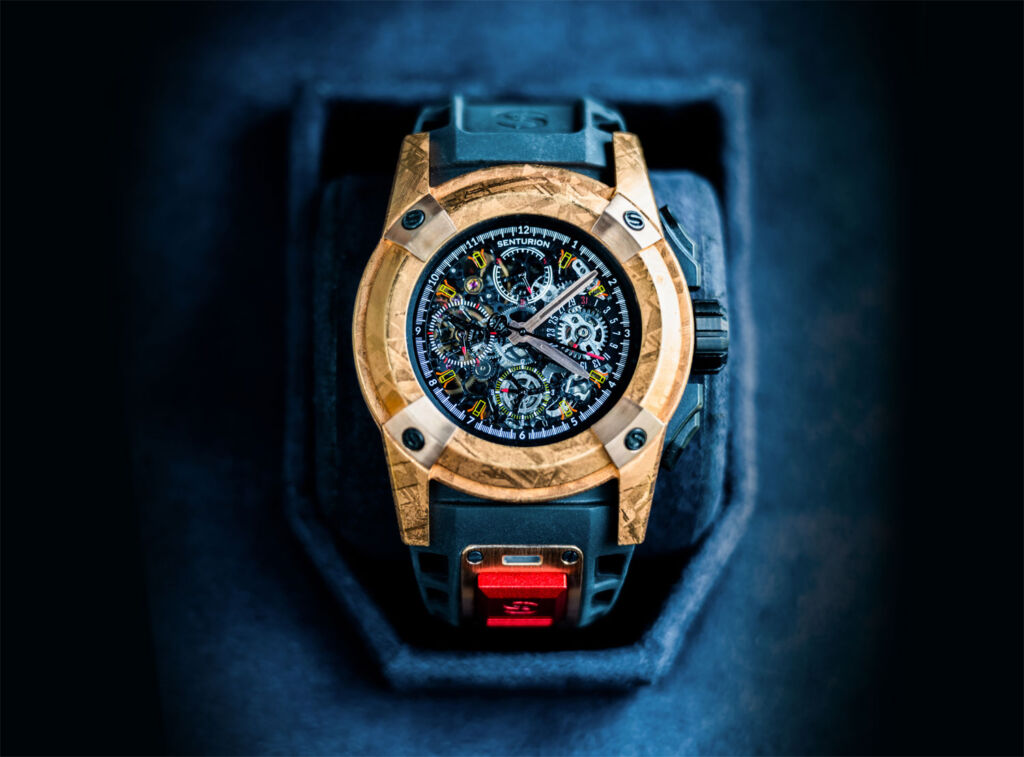 The Senturion timepieces also have another rather unique feature, and this is the ability to synchronise with high-end cars such as Ferrari, Lamborghini, Aston Martin, McLaren among others. Via the timepieces, all key operations can be conducted via a signature red button integrated into the SW strap. This also gives each watch of this debut series an unmistakable appearance. 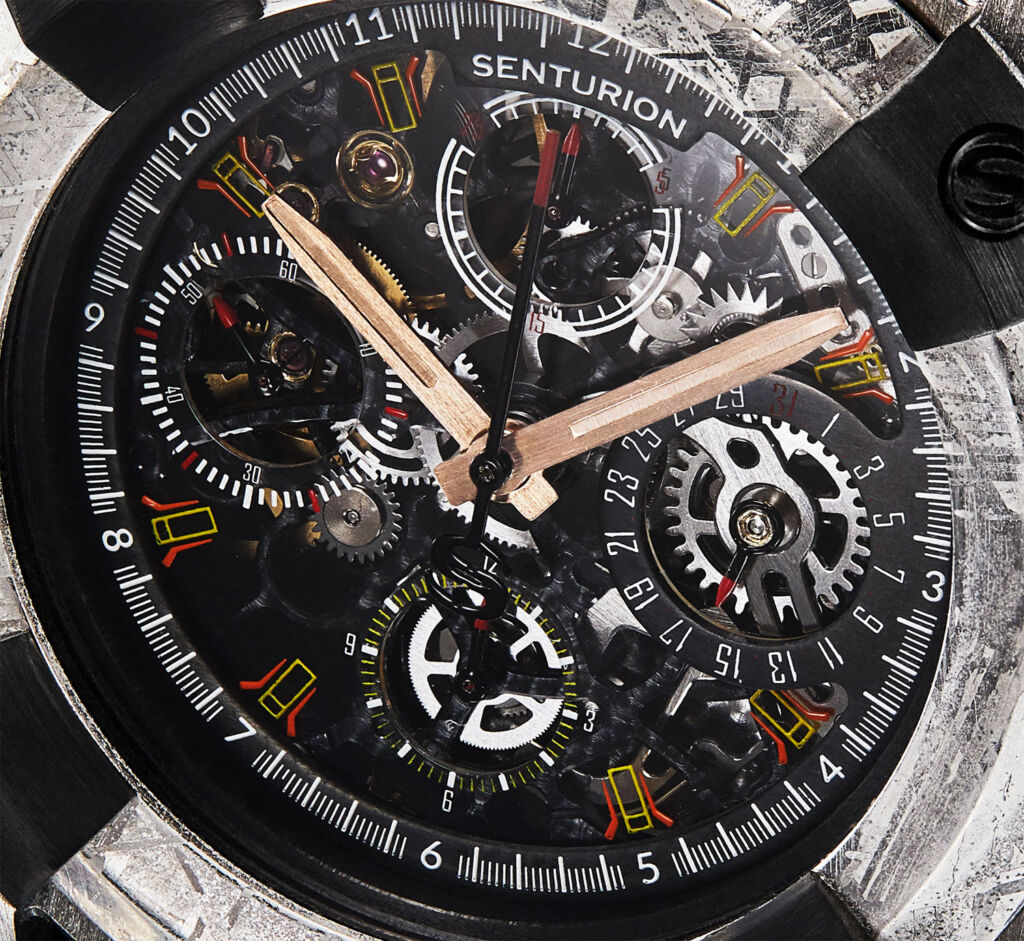 Amber Hicks, a spokesperson for Senturion Key, said “Our customers expect the very best and these timepieces fit the bill. This is the ultimate in luxury that ticks all boxes – a limited edition timepiece made from a material older than the very planet that we live on that also happens to start your supercar – it doesn’t get much better than this!”

For more information on the Senturion Key meteorite timepieces, visite the brand’s website at www.senturionkey.com.

Read more articles on watches in our dedicated section here.