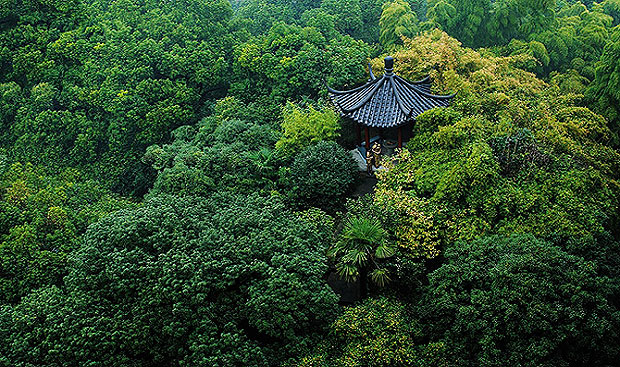 Shangri-La Hotels and Resorts, one of the world’s premier luxury hotel groups, in partnership with Travel Channel at sina.com as well as National Geographic, New Weekly and Photographer’s Companion magazines, unveiled the winners of its second “My Shangri-La” Photography Contest at Kerry Hotel, Beijing on 23 December 2011.

Following the first successful contest in 2009, which aimed to encourage people to capture the essence of “Shangri-La” through their camera lens while reflecting the “Shangri-La” qualities of grace, natural, serene, mystical and enchanting, the group’s second “My Shangri-La” Photography Contest explores the theme of “Love and Harmony.”  The Children in the Summer Rush by Zou Subin won the gold award, Snow Mountain Blues by Du Jinjie and Lama at the Lotus Lantern Festival by Wang Xuepeng received silver awards.

Launched on 31 August 2011, the contest received nearly 3,000 photographs within two months from nearly 2,000 photographers who conveyed their own interpretation of “Shangri-La” through their cameras.  The contest presented prizes under the categories of Gold, Silver, Bronze, Individual and Excellent Awards.

“It’s really beyond my expectation to see so many photographs and some of very high quality ones from the contest.  This shows that people observe and capture beautiful things around them.  Everyone has their moments of Shangri-La and people have to give to have their own Shangri-La.  The ‘My Shangri-La’ Photography Contest has done a lot for photography, nature, travelling and spreading beauty, which is very good and embodies the group’s core values,” said international award-winning movie director Tian Zhuangzhuang, one of the panellists of the judges for the contest.

Kent Zhu, group director of sales and marketing of Shangri-La Hotels and Resorts, said, “We are very pleased and gratified to witness the widely spread passion for our second ‘My Shangri-La’ Photography Contest.  With the theme of ‘Love and Harmony,’ we meant to inspire people, to think and discover the beauty of the world via cameras, and encourage people to care for each other as well as preserve our nature, and eventually find one’s own ‘Shangri-La.’”

The Award Ceremony also marks the launch of the “My Shangri-La” Photography Contest exhibition tour.  All the winning photographs, together with selective works from the judges, will be exhibited at China World Summit Wing, Beijing; Pudong Shangri-La, Shanghai; and at Shangri-La hotels in Guangzhou and Chengdu from December 2011 to June 2012.