When it comes to food, the display put on by chef Xiaolei Chen at the Kampai restaurant at the five-star Princesa Yaiza Suite Resort can stop anyone in their tracks.

It’s a compulsory stop for food lovers of Japanese gastronomy. But even if not, I would urge everyone to go along just to witness the Teppanyaki show cooking on hibachi tables. The chef literally had us with our jaws open with his clever culinary skills as he flipped, tossed and juggled food to create some of the best dishes I have eaten. Oh, and when those jaws of ours were open, he even aimed bits of delicious foods at us as we tried to catch it using just our mouths. It was seriously good fun and felt a tad naughty especially when my mum brought me up never to play with food! 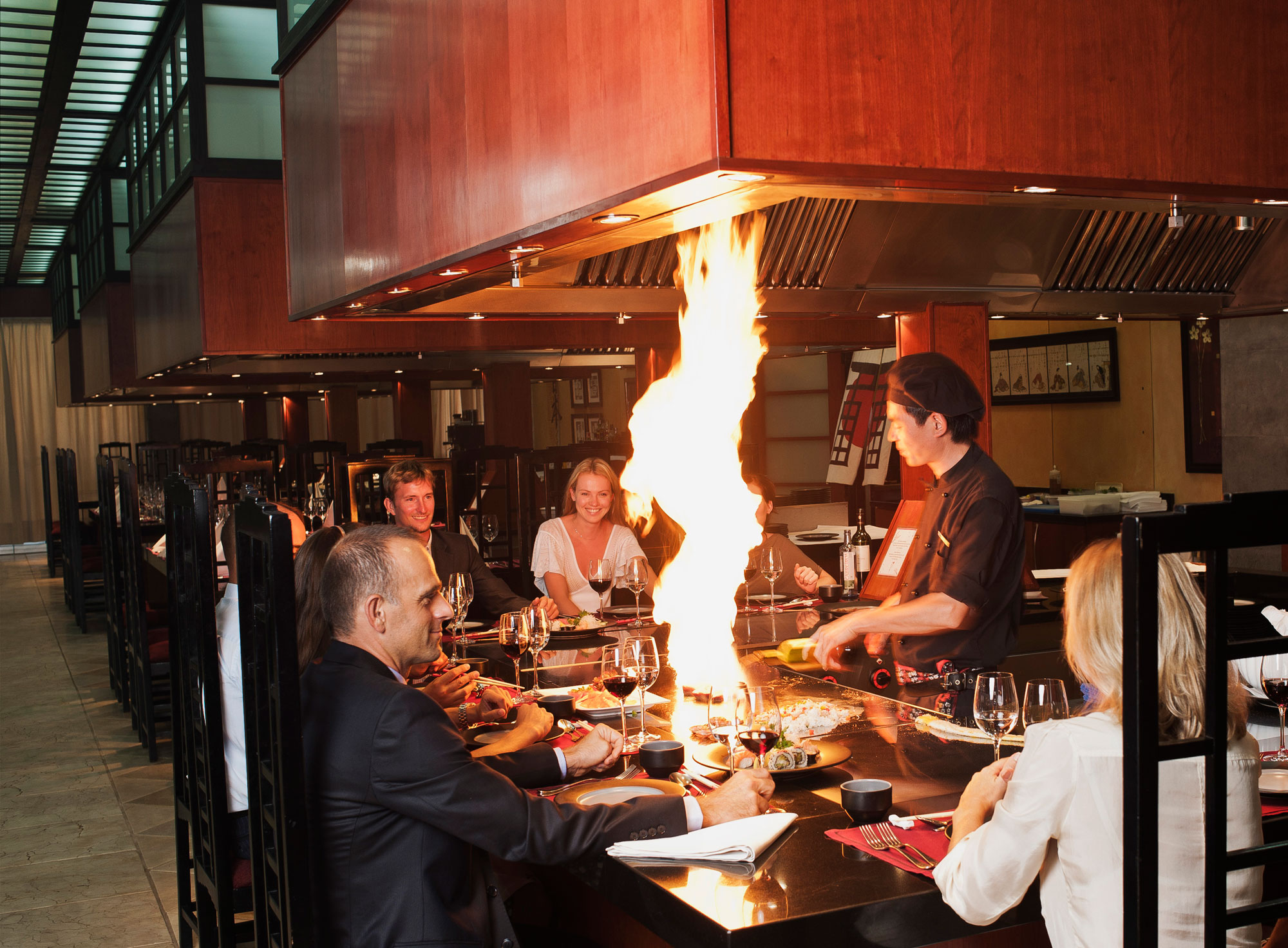 Food features a lot at this resort with no less than nine restaurants dotted around. From Italian to Mexican, to international and traditional Mediterranean, you have ample choice for a lengthy stay. The Isla de Lobos is definitely noteworthy too. The restaurant is the first to offer the ‘slow food’ philosophy to Lanzarote which introduces ecological and traditional products from the Canary Islands. The foods you tuck into here are brought directly from the farm to your table. It has recently been awarded the ‘Cuisine of the Canary Islands’ prize. It also opens for breakfast for adults only where they can admire the Atlantic ocean views at dawn.

During my recent stay, we were fortunate enough to have a private master class and tasting with chef Rafael Sanchez. With a Michelin star to his name, he taught us how to make quick and easy canapés that would make even the hopeless cook look like a pro. Private cooking lessons can be booked in advance at the hotel. It’s a great way to add another skill under your belt. 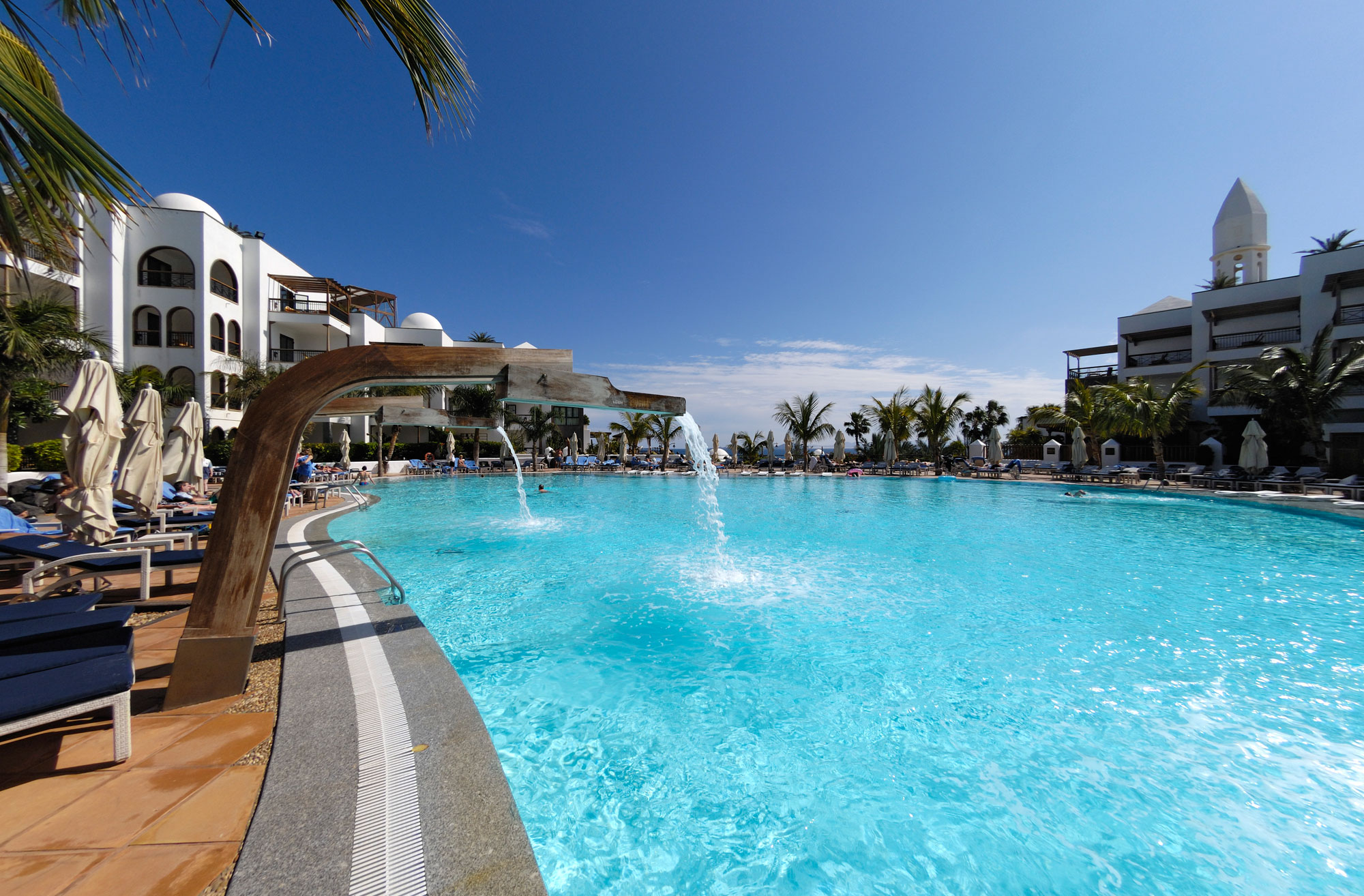 Covering 55,000 square metres of surface, you will find plenty to do at the Princesa Yaiza Suite Resort. There are six pools (one with sea water), two jacuzzis, an impressively sized sports centre, and the even more impressive Thalasso spa. With 50 independent treatment rooms and wellness rituals you can relax to your heart’s content.

In contrast, Kikoland is the paradise for families. There are a plethora of sports and leisure facilities on offer including tennis, paddle, football, basket and volley beach courts. Children under 16 can enjoy the supervised ‘casitas’ – activity house – where they can watch TV, play games and escape their parents. 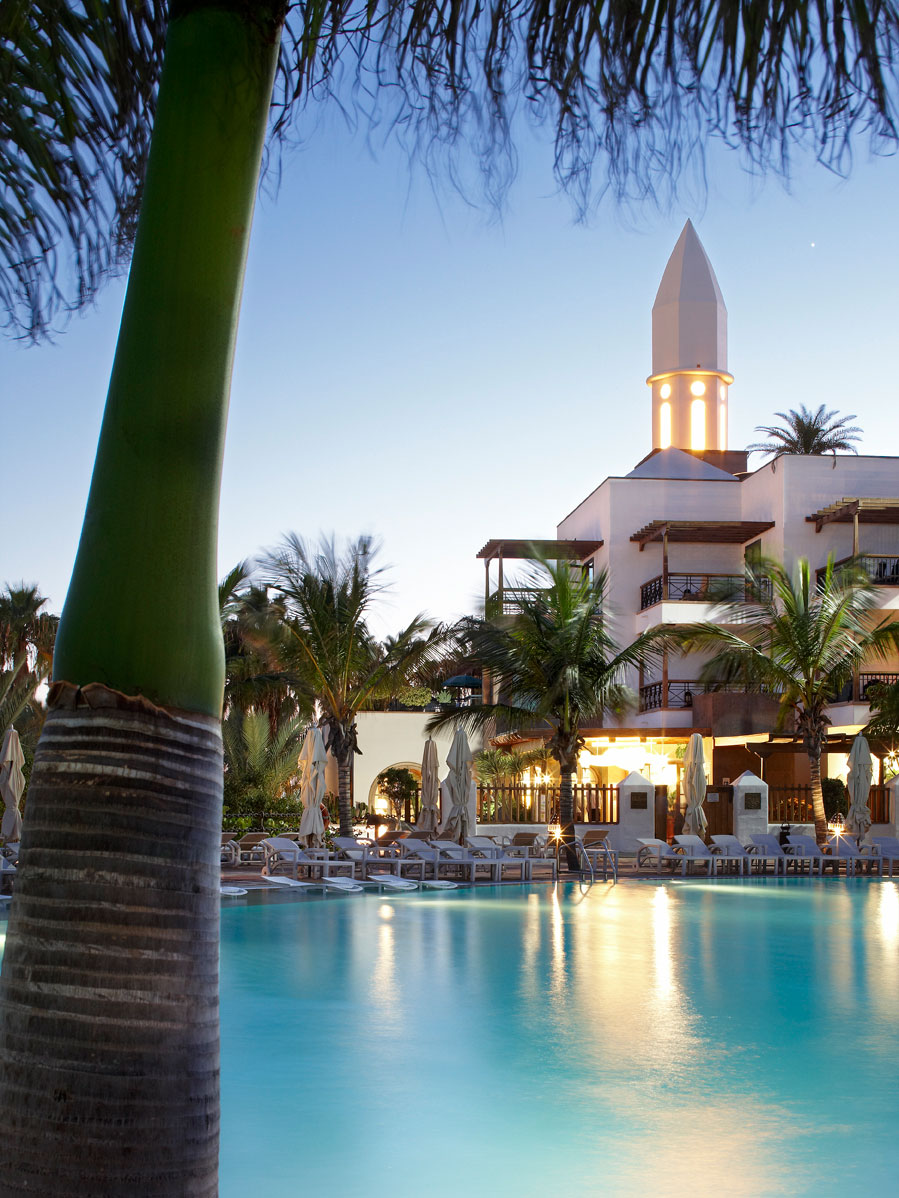 Situated on the southeast coast of the island, the 385 room Princesa Yaiza Suite Resort sits on the seafront with direct access to Playa Dorado, a white sandy beach. It is just ten minutes away from the Marina Rubicon leisure harbour which overlooks the neighbouring islands of Isla de Lobos and Fuerteventura. I took several walks along that stretch, and on one occasion, I cycled so that I could get further around the island. It was great way to take in the atmosphere of the area, and disposing of all the calories consumed in the hotel.

If you want to venture further afield, I can highly recommend a trip to Timanfaya National Park. Famed for its volcanoes on the island, the Montanas del Fuego (Fire Mountains) were created between 1730 and 1736 when more than 100 volcanoes covering more than 50km shot up and devastated that area. The last eruptions were in 1824, but due to the lack of rainfall, the land appears much the same as then. The land has a unique ‘Martian’ landscape and rare plant species which can be accessed only by driving around.

One of the highlights here is watching how hot the area is when dry brush is thrown into a hole and catches fire from the 400C heat just metres below. As water is poured over it, a huge shooting steam erupts just seconds later like a mini geyser. And a barbecue doesn’t get any more natural than at the El Diablo restaurant which uses geothermal heat to cook Canarian food. Chicken and various cuts of meat can be seen cooked on a massive cast-iron grill placed over a large hole. It’s a feast for the eyes as well as the belly. 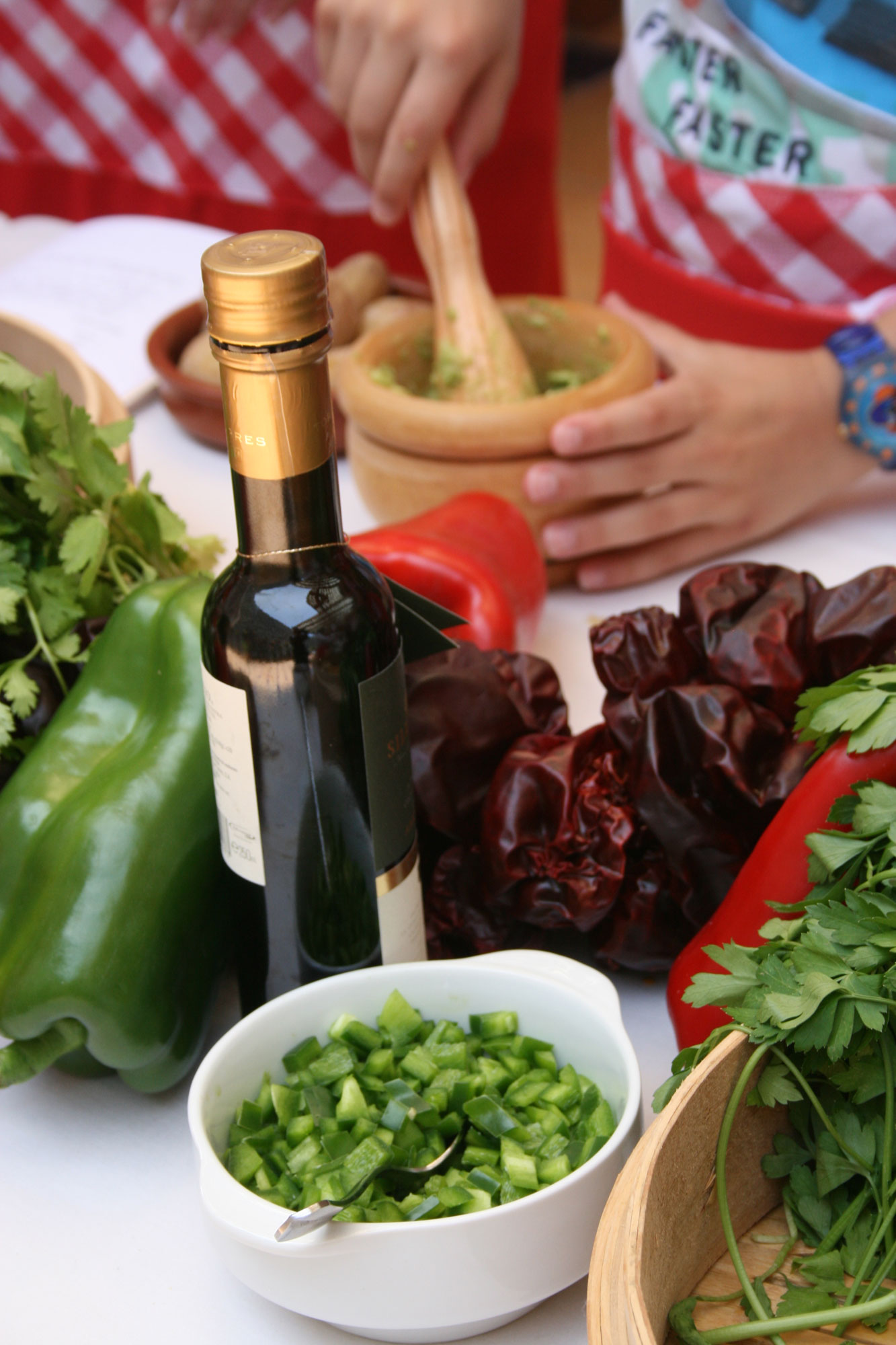 Not too far from here is the valley of Las Geria which has been declared a protected area is Lanzarote’s main wine growing region. Straddling the road from Masdache to Uga, the area produces most of the island’s wines – 75% of which are made from the Mlavasia grape. Again, nature is dazzling in its beauty here. The vineyards of La Geria valley look like they have been transplanted here from another planet. The people of Lanzarote found an indigenous way of cultivating vines on this arid and hostile ground by digging funnel-shaped hollow into coarse volcanic ash. They planted the vines, filled them with soil and poured thick layers of picon. The porous volcanic rocks retain the night humidity while low walls built around them protect them from constant winds.

And of course, wine tasting is encouraged here, but if you’re hankering for more, don’t miss the hotel’s Don Giavani restaurant where you can sample wine to your heart’s content, as well as authentic Italian cuisine.

Princesa Yaiza Suite Resort – Where and How?

The Princesa Yaiza Suite Resort is located at Avenida Papagayo, 22, 35580 Playa Blanca, Las Palmas, Spain. For more information, or to make a reservation, visit www.princesayaiza.com or call 0034 928 519 300. Nightly rates start from £141 including breakfast.