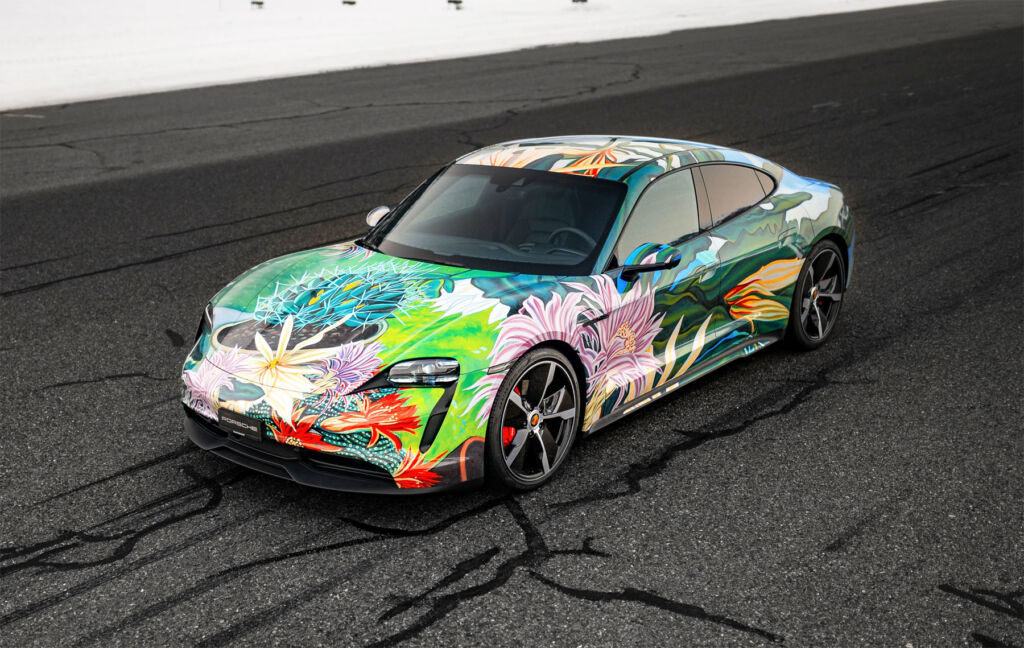 It is official, SIGNal Design is the Central European champion in car wrapping. Their collaboration with the acclaimed artist Richard Phillips means the “Wrap Like a King” title will be making its way back to their HQ in the City of Schwäbisch Hall in Baden-Württemberg.

The winning piece was an impressive wrapping of a Porsche Taycan, which was created in collaboration with the acclaimed artist Richard Phillips and Porsche Switzerland. Back in 2019, the same team brought another extraordinary project to fruition, the world championship Porsche of Jörg Bergmeister, who won 2019 Le Mans. The 2021 Car Wrapping European Championship title is yet another milestone in this successful partnership. 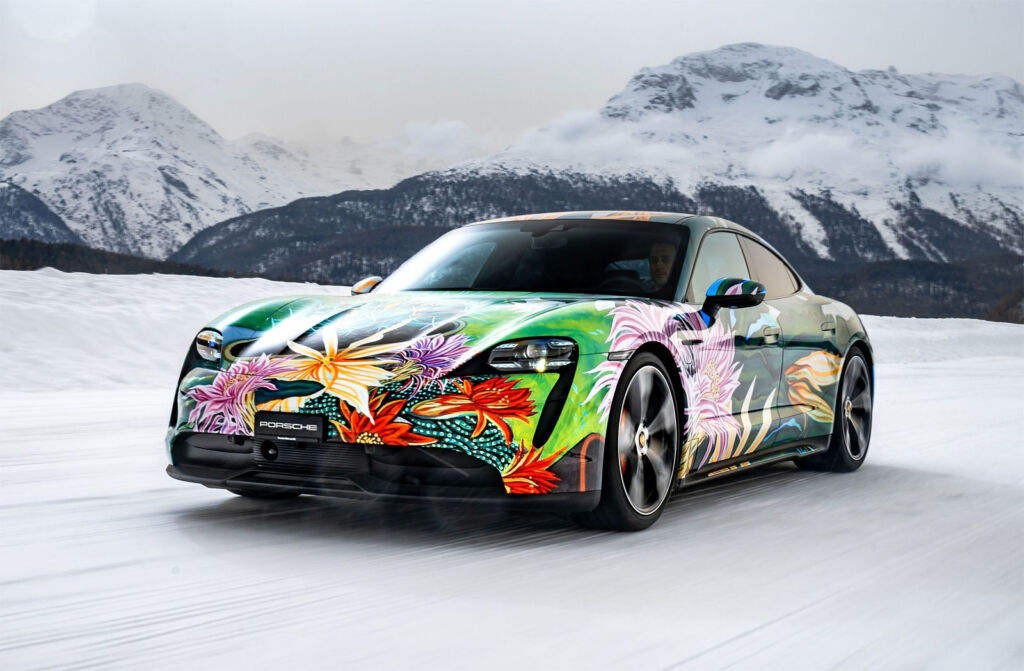 To create the winning entry, Richard Phillips transferred his large-scale painting “Queen of the Night”, which he created in 2010 in the style of iconic Swiss landscape painter Adolf Dietrich, to the bodywork of a Porsche Taycan 4S.

The work shows a three-dimensional arrangement of elements and details of the 86 square foot painting. It stretches organically from the hood over the front fenders and the doors, with the leaves of the nocturnal plant creating a sense of speed.

“The colourful beauty of the ‘Queen of the Night’ unfolds on the rear of the car. The blossom of the plant wraps the entire bumper illuminated by the Taycan’s iconic light strip,” says Richard Phillips. “The creative concept of my ‘Queen of the Night’ is based on the Taycan being an instantly recognizable symbol for electric mobility and speed.” 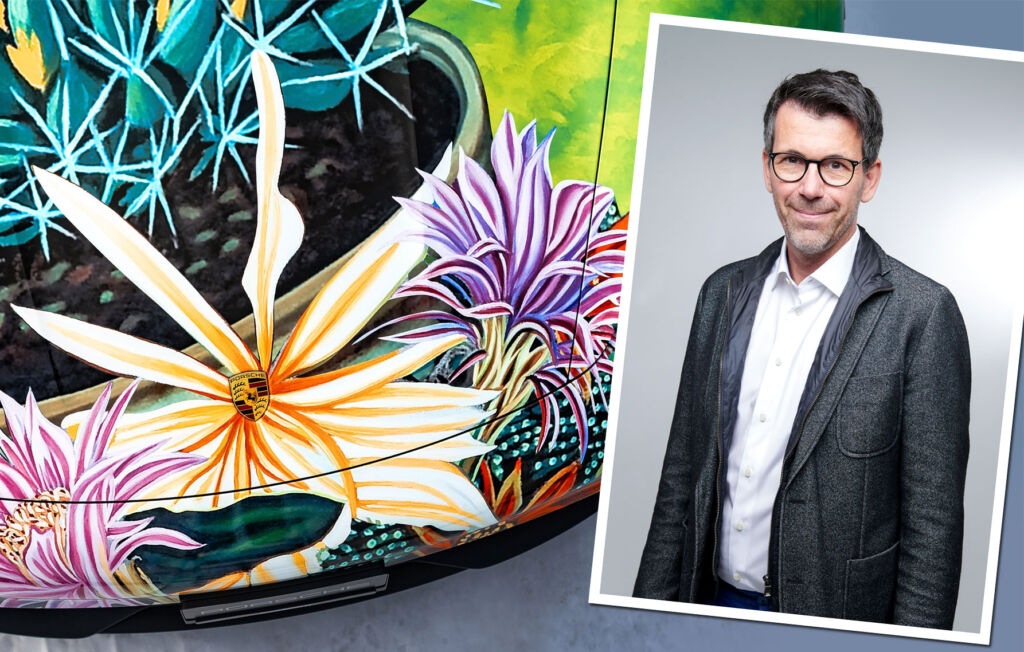 “It is an honour to have collaborated with SIGNal Design to create the ‘Queen of the Night’ Porsche Taycan 4S to benefit Suisseculture Sociale”, said Richard Phillips.

“To win this award with SIGNal Design is particularly meaningful to me as it celebrates the special artistic spirit that we shared, taking the design from the virtual into a movable and dynamic reality. SIGNal Design’s attention to detail combined with its skill and craftsmanship made it possible to take the concept of the art car into an entirely new dimension just as Porsche has done with the fully electrified Taycan 4S.” 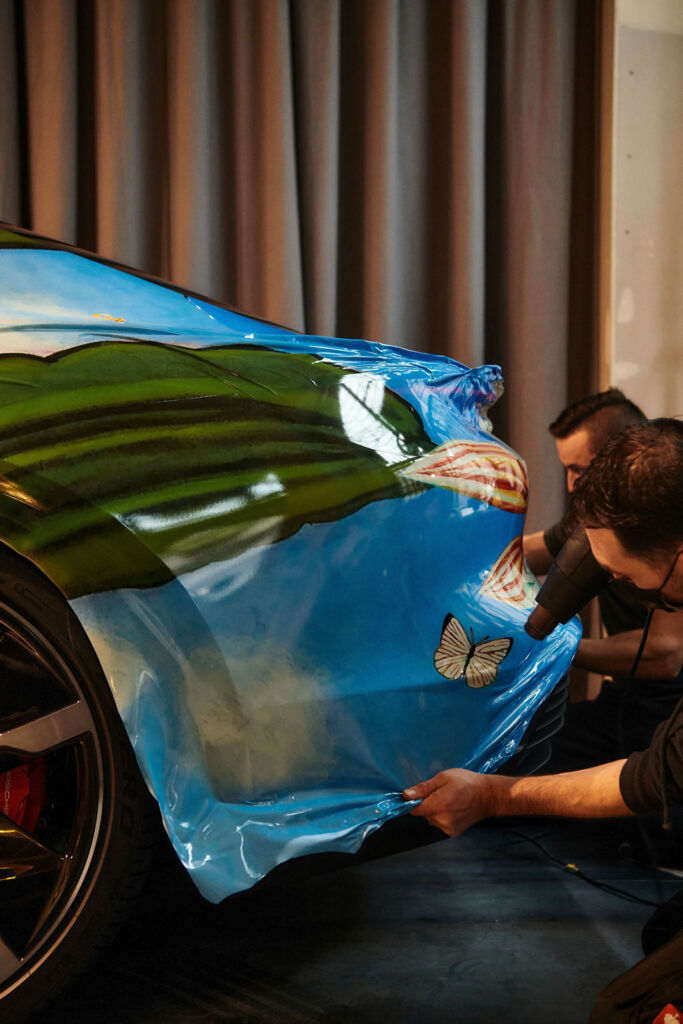 The first highlight of the close collaboration between Richard Phillips, Porsche Switzerland and SIGNal Design was the 2019 Le Man’s win by Jörg Bergmeister. The corporation had initially approached the Porsche experts from SIGNal Design for the World Champion’s car.

Once more, the artist and his team relied on the expertise of the World and three-time European Champion for the car wrapping.

Phillip’s artwork was printed in full size on vinyl in new perspectives and angles based on the ideas of the artist. Afterwards, it was transferred to the car using heat guns.

The finished project was completed last December and was used as a show wrapping in a pop-up restaurant in Zurich, Switzerland, for a week before being auctioned off by the auction house RM Sothebys.

After a seven-day online auction and more than 50 bids, the mobile artwork eventually sold for $200,000. All of the revenue from the online auction was donated to Suisseculture Sociale to support creative artists from Switzerland. And the design had an additional bonus, which was helping SIGNal Design to win the title as Central Europe’s best car wrapper.

“Receiving this award again is an incredible honour. I am very happy,” says Markus Schaeffler, CEO of SIGNal Design. “The award is a recognition of the outstanding work of the entire team. We would like to thank Avery Dennison for crowning us the Central European Champion in Car Wrapping.” 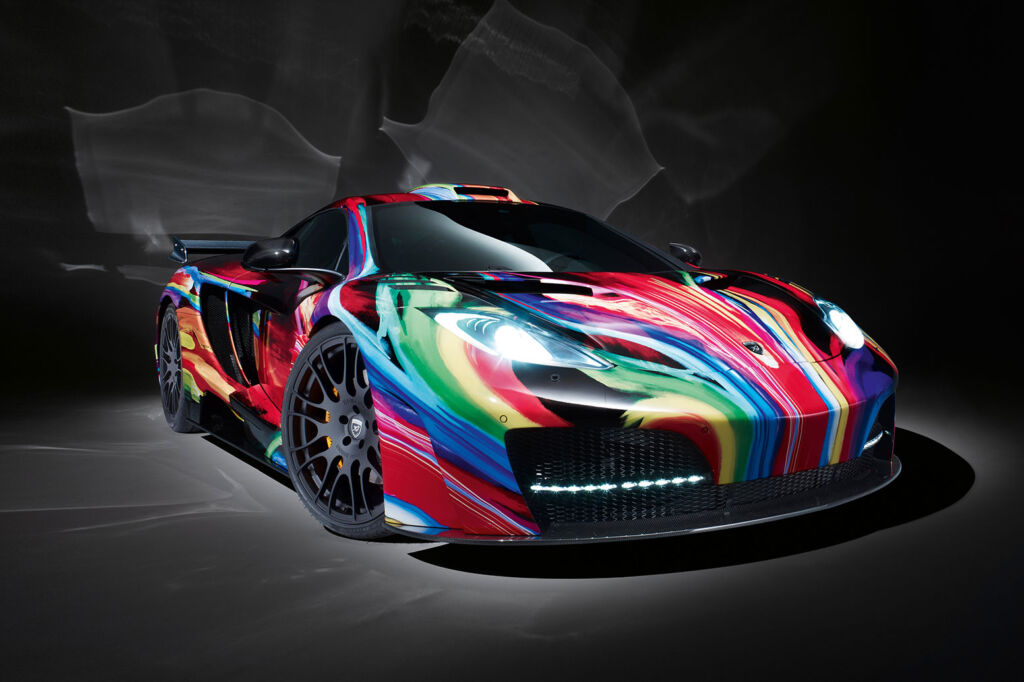 Thus far, SIGNal Design has won five awards: In 2013, the wrapping for a McLaren MP4 (above) scored a world championship title; in 2015, a Hamann M4 in a design by Timo Wuerz won the European title; in 2018, the so-called “Dynamic Trucks”, three trucks with similar wrapping, secured the win; in 2019 a Porsche 992 in flower design (below), also by the artist Timo Wuerz displaying motifs of the Hamburg-based tattoo artist Anastasia Rice; and now the fully electrified Porsche Taycan 4S with the “Queen of the Night” design by Richard Phillips. 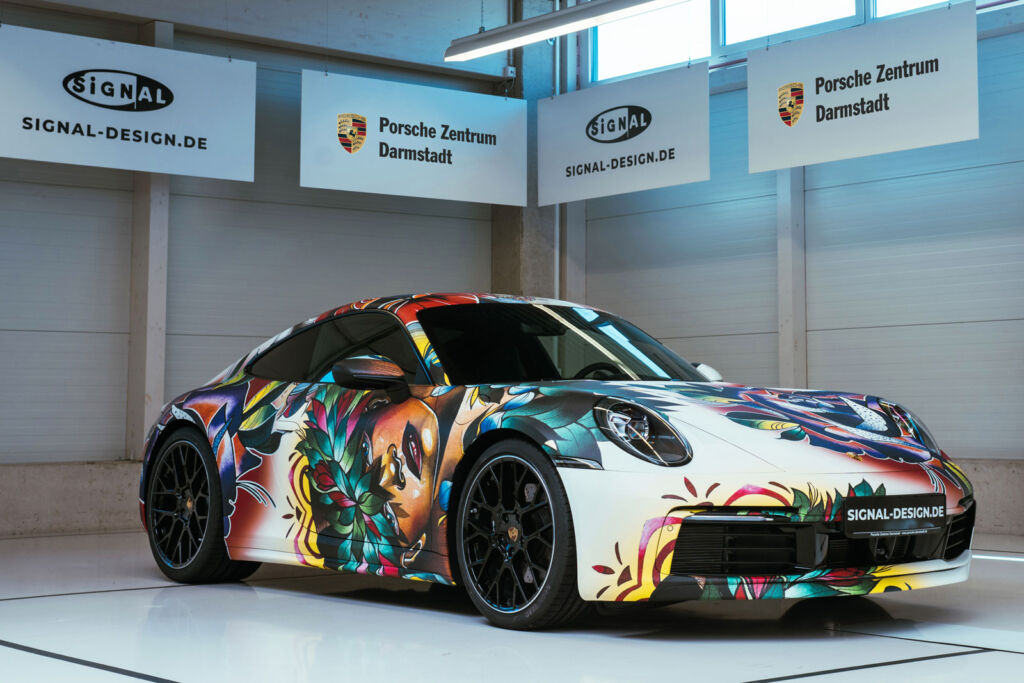 Thanks for their recent run of successes, it’s a given that SIGNal Design will be taking part in the “Wrap Like a King” challenge in 2022, and we can’t wait!