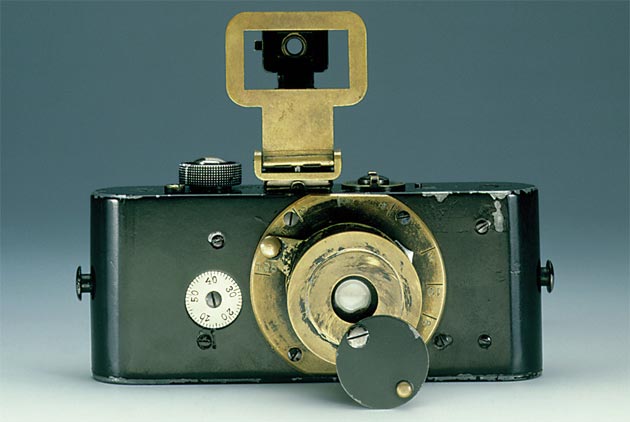 During the past few weeks I’ve been spending a lot of my time trying to understand what the true feelings of photographers who are actively using Leica for their projects are, and what I have found out has left me pleasantly surprised.

Leica Cameras are one of the most respected photographic company’s in the world, I feel it’s useful at this stage for us to take a stroll back through time, touching upon some of the major highlights that have made Leica an undisputed leader in the field of photography.

The origins of Leica (Leitz Camera) date back to before the First World War, when Mr. Oskar Barnack (an engineer of the Leitz company) created the first 35mm prototype called the Ur-Leica. This camera used a cinematographic film 36×24 deriving from two photograms.

The birth of Leica 35mm, which brought about the extinction of many other models from the market, was a success in the field of photography, becoming a firm favourite of professionals. The first of the cameras to hit the market was the Leica-I. This was equipped with a fixed optic 50mm/f3.5 and subsequently with a new 50mm/f2.5, extremely bright for that time, and characteristics that continued to persist throughout the years.

In 1930 the first Leica with interchangeable lenses appeared on the market, appreciated and admired by both professional and nonprofessional photographers alike. This was because together with the standard 50mm, Leica introduced two additional lenses, the 35mm/f3.5 and the 135mm/f4.5. It was the beginning of a new era with the opportunity to cover different distances, and so, different photographic fields. 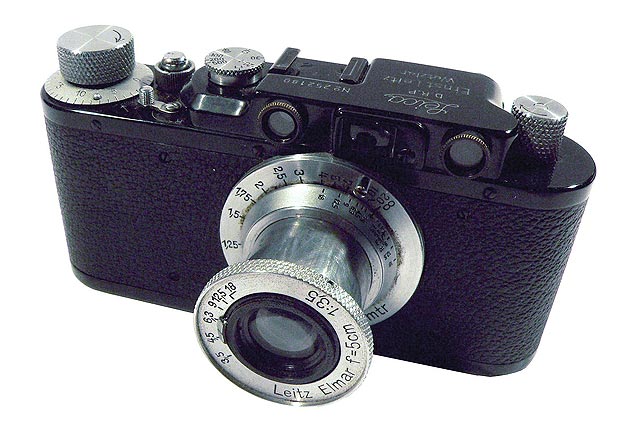 Over the following Years Leica launched many more cameras:  1932 resulted in the Leica-II with a built-in coupled range finder, in 1933 the Leica-III and, as a result of a public demand from reporters and professional photographer, in the Year 1934 the Leica-250 Reporter model was put onto the market. Together with the Leica-250 Reporter the new lens Telyt 400mm/f5 was born (this lens was composed by 12 different units, hugely impressive for that period).

In 1936, a year synonymous with the Berlin Olympics, Leica introduced two of the brightest lenses ever: the Xenon 50mm/f1.5 and the Thamber 90mm/f2.8. It was during this year that Oskar Barnak died and the company produced its 200,000th camera.

Furthermore, the strength and compact construction of the cameras made Leica the perfect machine for photographic reporters with extreme needs, a fact not missed by the German military that made Leica part of their equipment for taking photographs.

Leitz decided to halt its production to the dissatisfaction of German camera enthusiasts until 1949, but in the Year 1950, the Leica-IIIf was equipped with the first variable flash synchronization. The Leica-IIIg was the last of the screw mount models to be made since, in 1954 and after about 60 pre models, the first Mythic Leica M3 with bayonet mount (Leica M Mount) and rangefinder was born.

During the next ten years Leitz produced other commercial and easy to use cameras, the Leica M2 and the Leica M1, while in the 60’s the selenium Leicameter was replaced with a completely new type of telemeter called LeicameterMR, a more sensitive product than the previous one. 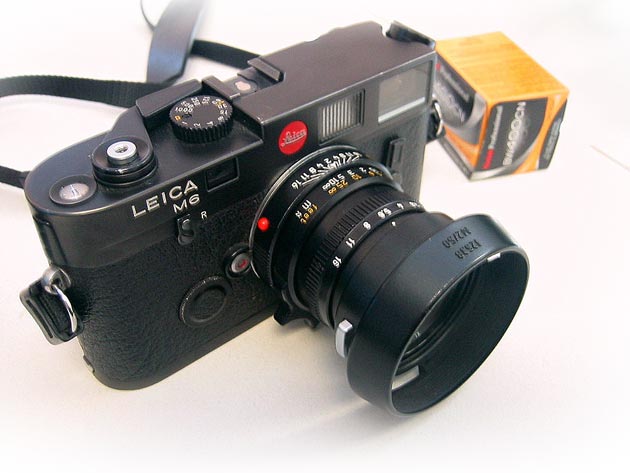 Moving into the 80’s and thanks to continuous and constant innovations the Leica M6 was introduced. Once again, Leica upped the ante with constant innovations increasing  the power of the M System and, the loyal Leica collectors were not left out with the introduction of the M6J, a model produced in a limited edition of only 1640 pieces in celebration of the 40th anniversary of the Leica M System. In 1988, the original circular Leitz trade mark, white on a red background, was substituted with the Leica logo we know today.

In parallel to this range of cameras, Leica produced further varieties of cameras with the reflex system, this range was called Leica R. In 2009 the Leica R9 was being discontinued at the same time as the Leica S2 was launched, a camera with a medium format sensor enclosed in a standard 35mm full frame shape. This was an excellent solution for travel photographers with high level requirements, because it coupled the quality of a medium format together with the friendly and easy to handle shape of a standard reflex.

To address the needs of its customer base, Leica produced its first digital M Series camera in 2006 called the Leica M8. In 2009 the M9 was introduced, this was Leica’s first full frame digital camera under the M Series, followed by the more extensive Leica M9-P two years later.

Leica’s historic and continued innovations have helped to shape the world of photography. Although I am too young to have witnessed all of this myself, I think that people who lived in the middle of this story would many more things to add to my tale. What I find really exciting when talking about Leica, is the idea that some of the most important, famous and relevant photographs created by currently and departed  photographers worldwide, were made using Leica equipment.

Leica’s incredible roll-call of photographers include Barbara Klemm, Steve McCurry with his world-famous image called “Afghan Girl” and Nick Út, a giant of international photojournalism, taking one of the most famous and important war photograph, during the Vietnam War.

Within Leica’s current range of products is a particular camera that can honour all these masters of photography, the Leica M Monochrom.

The styling of the Leica M Monochrom, appears to be a step back in time with one extra advantage, it supports digital. This 35mm full frame camera has been designed specifically for monochromatic photography. 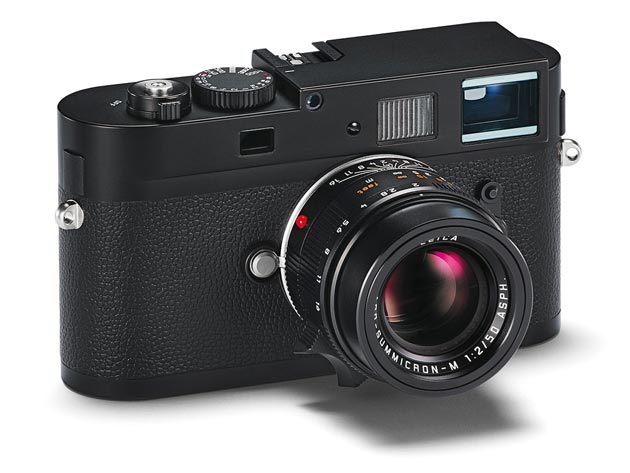 The system used allows the photographer to produce high-quality results in excess of almost any other camera on the market. Brightness, high contrast and depth of field are some of the stand-out features of this particular model, matching the image quality of analogic cameras using monochrome films. Some amateur photographers may feel that the Leica M is not designed for them,  especially those accustomed to comforts such as autofocus, pre-fixed settings and zoom lenses. This is certainly not the case, because the M Monochrom System by Leica provides the opportunity to be actively part of the frame, to get closer and closer to the subject, to almost feel it. This gives a kind of confidence, fun and pleasure, unique in the digital era we are living.

Year after year Leica design what are considered to be some of the most technical and high-quality camera systems in the 35mm format with lenses still amongst the brightest available today. This is probably one of the reasons why so many users of Leica equipment, find themselves becoming a collector of tomorrow.