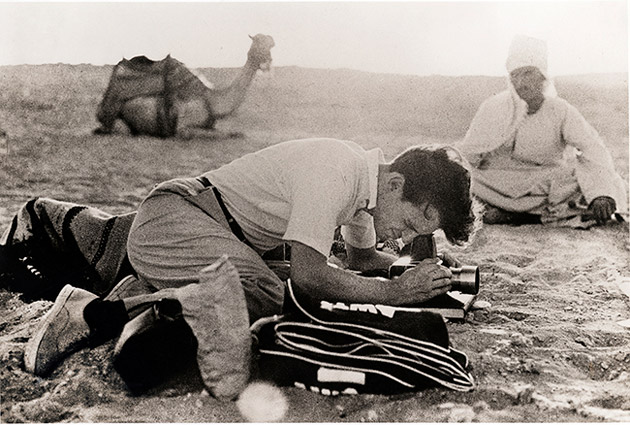 It is never easy to talk about an artist, especially in sad times like this because recently, the great photographer Bert Stern passed over at the age of 83 after a lifetime dedicated to what he enjoyed, the photography industry.

Some will remember him for his famous advertising campaigns while others for his portraits of important and famous artists of the 20Th Century. Perhaps his most famous role was that of Marilyn Monroe’s Photographer but, it would be unfair to remember him for just this, Bert Stern surely deserves to be known for being  one of the greatest pioneers of the advertising and fashion industry.

The New York Times wrote “Bert Stern, an elite commercial photographer who helped redefine advertising and fashion art in the 1950s and ‘60s but is perhaps best known for his painfully raw and poignant photos of Marilyn Monroe…”.

He was not aware of what was going to happen in his career and what his legacy was to be, he was just a young enthusiastic photographer flying back from Rome to New York City dreaming of one day working with one of the most recognizable, and desirable icons of the time. 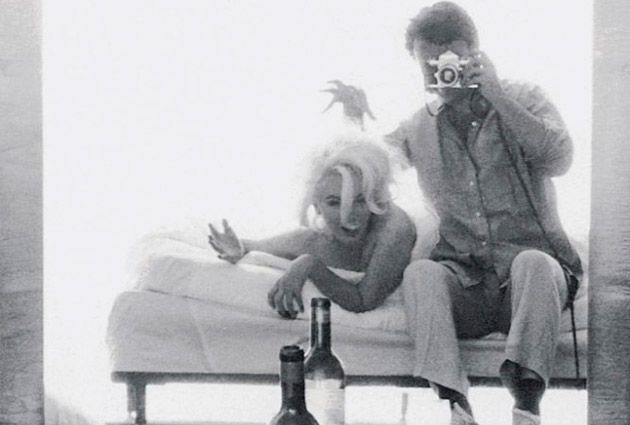 His dream came true and the result was a series of memorable photographs called later ‘The Last Sitting’ that became soon a piece of photographic history. Who knows what would have happened if things had gone in a different way but, in any case, in June 1962 his camera snapped 2571 times. It was an impressive number of photographs, enough to be considered a difficult task even for today’s electronic assisted photographers.

The chronicles told of a man with many facets and a strong personality and it’s certainly not a coincidence that his autobiography takes the title -Bert Stern: The Original ‘Mad Man’, but what is more interesting for me to consider and talk about is his ‘Artistic Vision’.

Geniality, creativity and a sense of perspective are the main facets in his advertising photographs, emotion, feeling, harmony and involvement with the subject in his iconic portraits. These are the sensations that I feel within his photographs.

He declared: “I fell in love with every subject that I photographed” and, looking at his female subjects, it is not difficult to believe.

I made a brief selection of the most popular photographs that, according to my personal point of view, may represent the creative spirit of Bert Stern.

Even if his archive is extremely impressive there are some photographs that I feel deserve a special mention such as as the Egyptian Pyramid mirrored in a cocktail glass, photograph with a Hasselblad 1000F for the Smirnof Vodka advertising campaign in the year 1955. He also captured wonderful emotion in his portraits of musicians such as Louis Armstrong and a wonderful close-up and Ray Charles enlightened in a perfect ray of light, unique actors and actresses as Audrey Hepburn and Brigitte Bardot in a natural back-light along with Richard Burton, Cary Grant, Catherine Deneuve, Natalie Wood and obviously Marilyn Monroe.

Among all these unique pieces of art I think there is a photograph that can be surely representative of his geniality and his artistic intuition of those years. The image taken during a studio shooting with Twiggy Lawson where we can find what is surely one of the ideas most reproduced today. Twiggy Lawson close to a table with a bottle, a glass of wine and a piece of bread and, here is the geniality, a television transmitting a detail of her left hand. Wonderful and probably never seen before, frame inside the frame. To close the circle, a perfect disturbing element, the TV cable that “cut” the low side of the image. In my opinion this photograph contains the secret that produces a pure piece of art from a simple photograph. 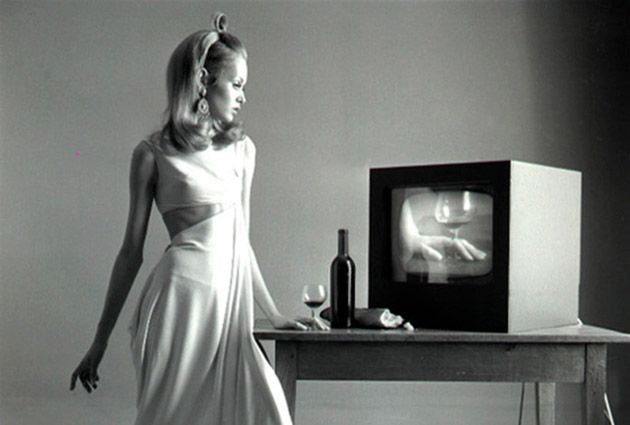 Bert Stern talking about Herschel Bramson, the art director who pushed him into a career as an editorial art director and advertising creative, used to say: “to succeed, you need a great mentor”.

What clearly stands out to me is that Bert Stern, with his geniality and his inventive power, will be considered one of the best mentors for today’s and tomorrow’s photographers.