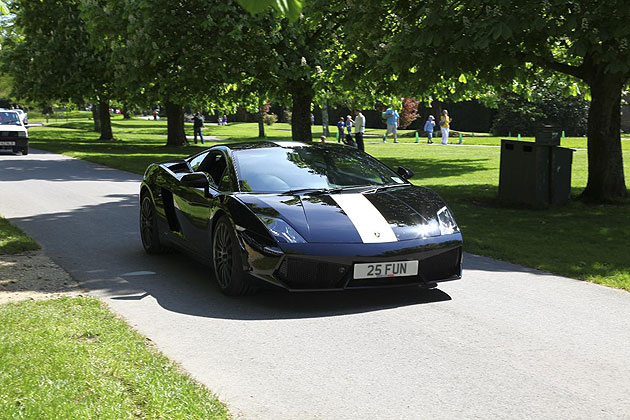 Simply Italian 2012 succeeded in turning the Beaulieu Arena simply red again in only its second year as over 200 Italian vehicles sped into the Beaulieu parkland to soak up the sun and the atmosphere.

Even the weather seemed to reflect Italy’s sunny climes with the line-up of beautiful Italian motors gleaming in the brilliant sunshine and visitors enjoying the warm weather in the picturesque grounds of the National Motor Museum. 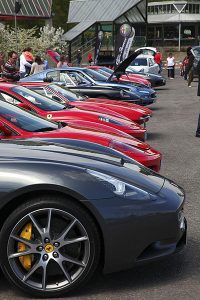 All major Italian marques were to be seen, both classic and new, including Ferrari, Maserati, Alfa Romeo, Lancia and Fiat, with motorcycles and scooters also well represented.

Meridien Motors showcased a selection of their stunning vehicles, from Abarths, to Alfa Romeos, to a Ferrari and Maserati, and in the Display Marquee, the South Hants Model Auto Club put on a display of Italian marque model cars.

Throughout the day, Beaulieu’s visitors had an opportunity to vote for their favourite Italian vehicles in the People’s Choice Awards. The winner was a dark grey Maserati Merak, owned by Robin Hibberd from Rookley, Isle of Wight. Robin, who had owned the car for just four months, was presented with a special edition Beaulieu Trophy by Beaulieu’s Commercial Director, Stephen Munn.

The People’s Choice runner-up was an Alfa Romeo described by its owner and creator, David Roots from Nunney, Frome as a ‘Bitsurini’. This one-off creation comprises front bodywork in the style of a 1936 8C 2900A and a 1969 Alfa Romeo 1750 GTV engine. David has had the vehicle for 22 years, and was awarded a runner-up trophy sponsored by Vintage Tyres, this year celebrating their 50th Anniversary.

Two further runners-up, each presented with a bottle of Beaulieu Bubbly, were a white Fiat Panda 4×4 owned by Vernon Hibberd from Alton, and a Limited Edition Lamborghini Gallardo 550-2 Balboni, owned by Dan Andrews from Bank, Lyndhurst. The stunning-looking car is named after Lamborghini test driver, Valentino Balboni and is one of only 250 manufactured.