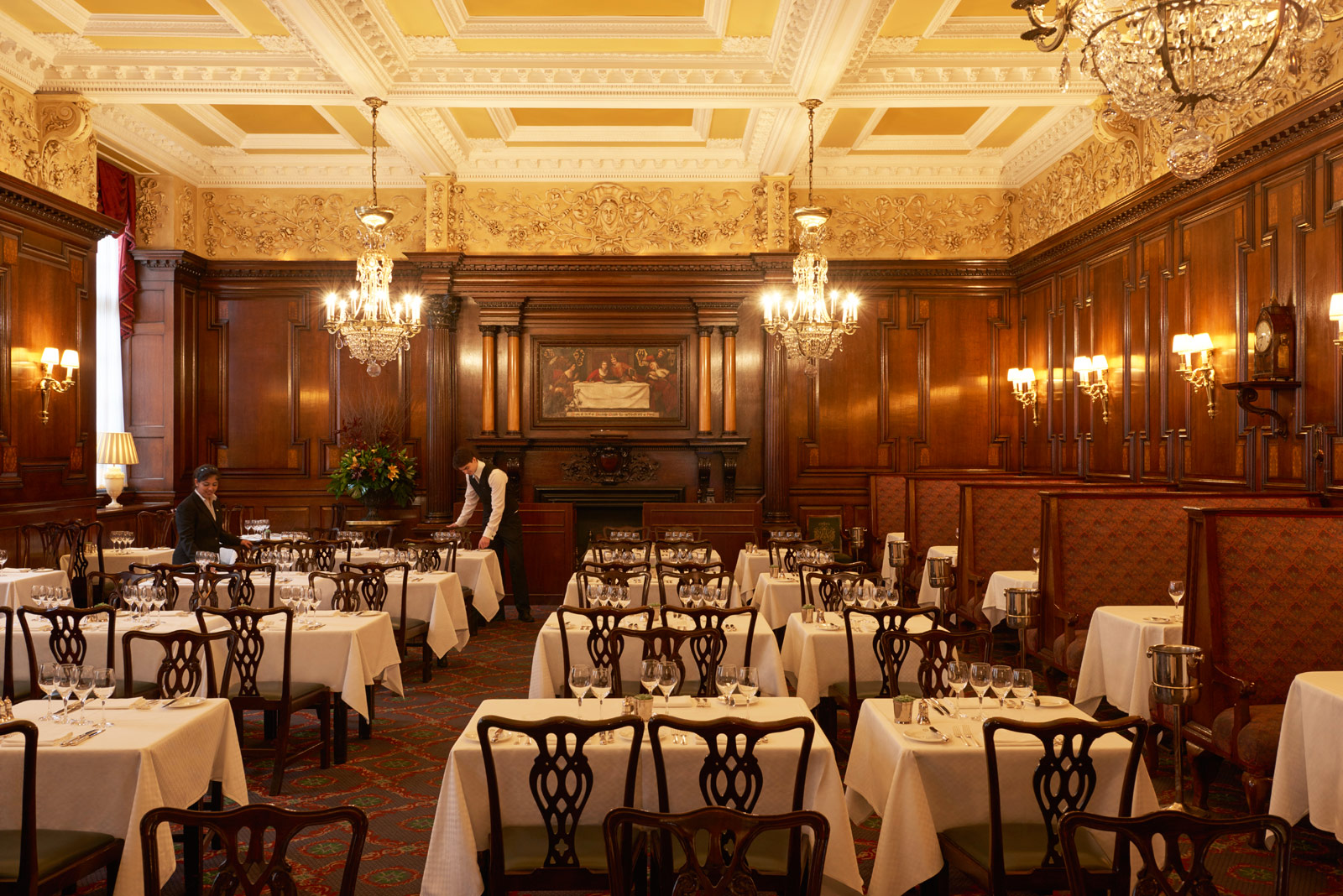 Sabi Phagura experiences the wonderful ambience and some great British food at Simpson’s In The Strand, one of London’s most historic landmark restaurants

For a true taste of all that’s best in British cuisine, you don’t have to look far. There are lots of brilliant places across the whole of the UK. But fine dining establishments that have stood their ground for decades making some of the best moves in entertainment and culinary delights have that edge. One such place is Simpson’s In The Strand, and Sabi Phagura went along to out what keeps this place so inviting again and again.

This fine eatery, which is connected to The Savoy Hotel through tunnels below, is one of the London’s most historic landmark restaurants. Classic British dishes have been served to delighted patrons for no less than 185 years. But it wasn’t always food that attracted people to this joint. Serious chess players flocked to the building in 1828 to play the mind-challenging game. 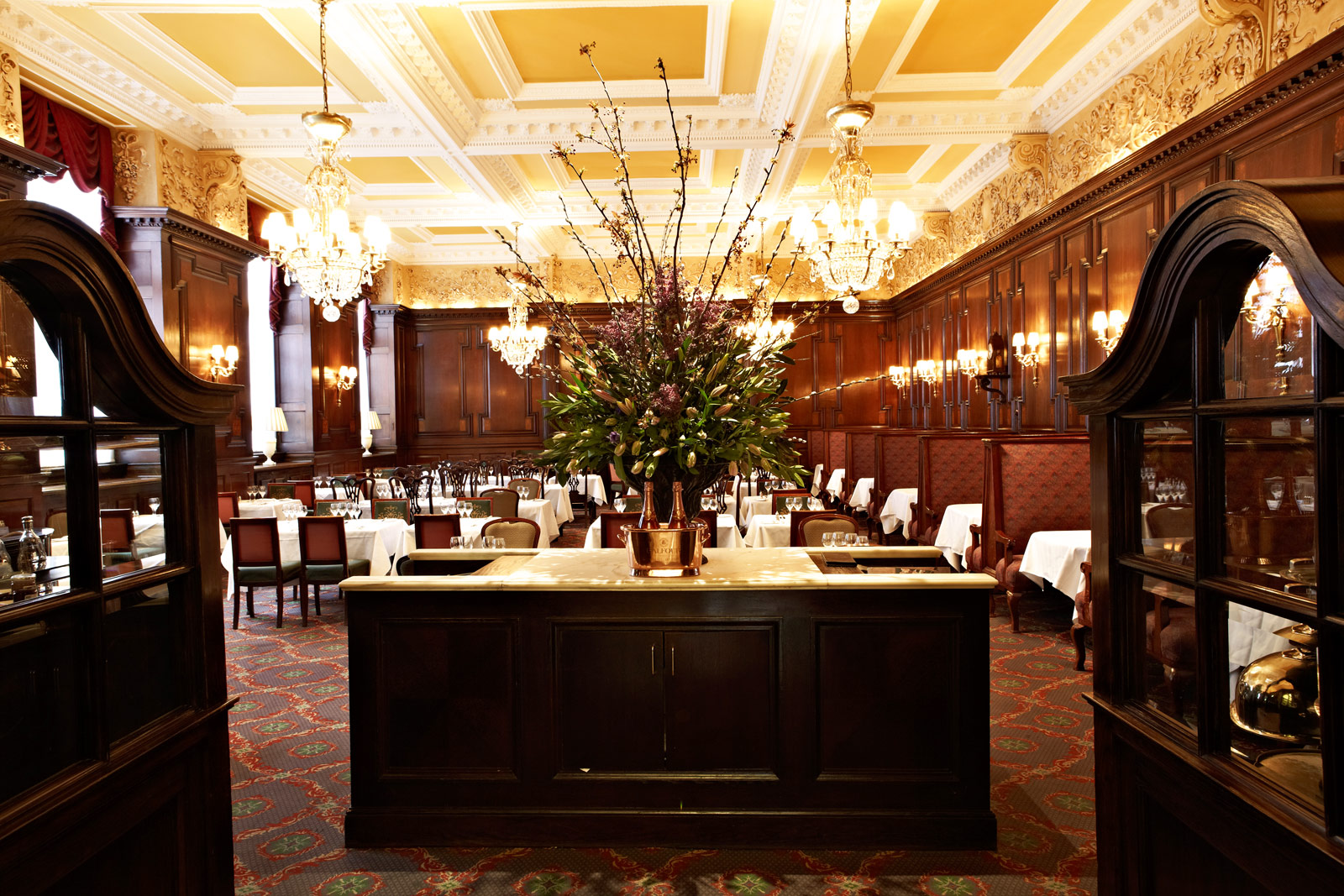 I love a bit of history, so I allowed the bartender in the Knight’s Bar above the restaurant to enlighten me as he served up a Family Check Fizz – a gin based cocktail with grapefruit cordial, Creole bitters topped with Prosecco from the extensive menu. As my guest Gurpreet and I sat comfortable in the tub chairs in the art deco lounge, Joshua said the idea of whipping up large joints of meat on silver-domed trolleys and wheeling them to the table was born out of avoiding disturbing the chess players.

One of the earliest Master Cooks insisted that everything in the restaurant be British and the Simpson’s of today remains a proud exponent of the best of British food. Famous regulars included Charles Dickens, George Bernard Shaw, Sir Arthur Conan Doyle (and his fictional creation, Sherlock Holmes), Benjamin Disraeli and William Gladstone. As I sipped on cocktail number two (well with such great offerings and fascinating story, it was rude not to have another), Joshua said the practice of serving meat from a trolley existed until this day. 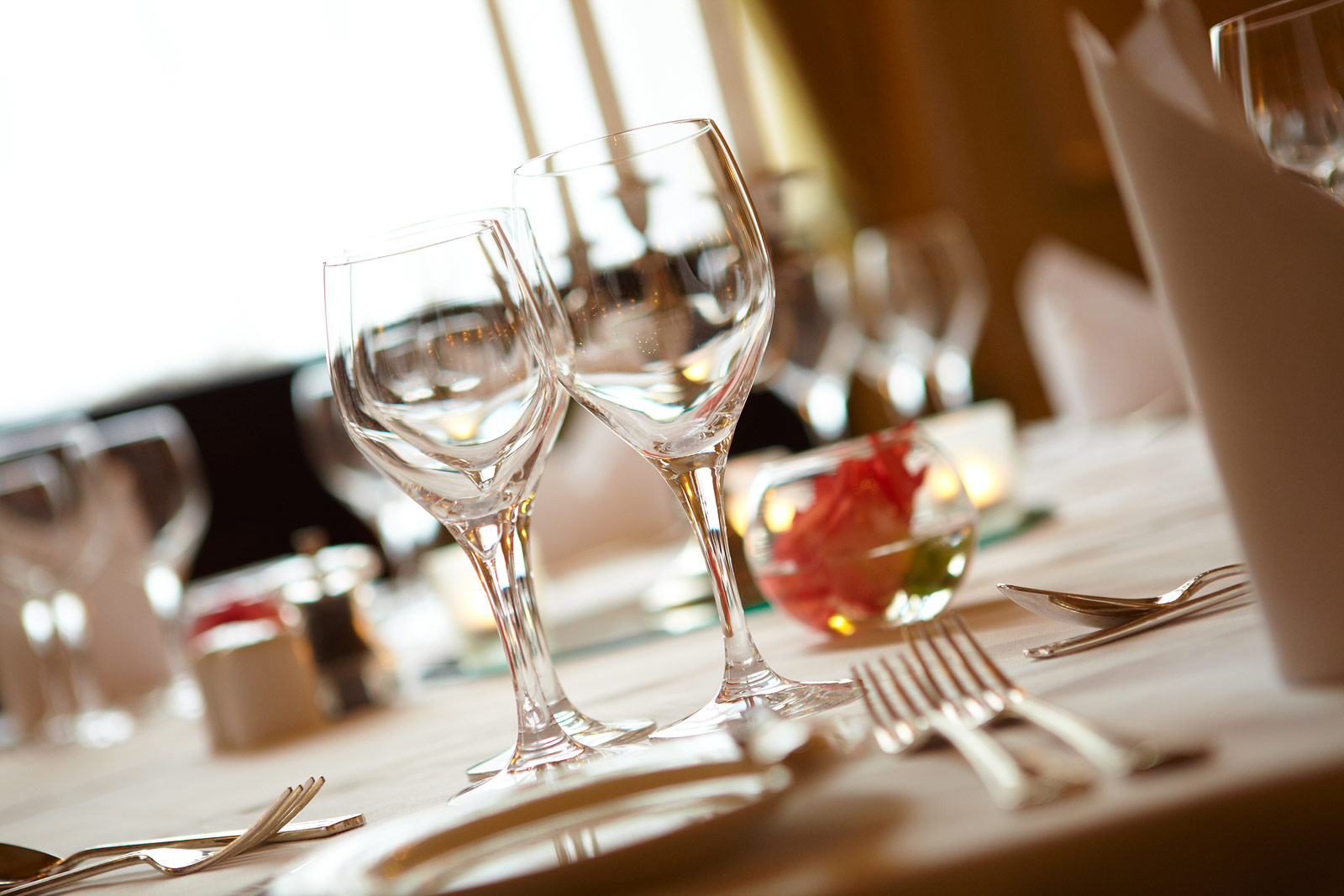 With my taste buds in full flow – partly from the drink and partly from learning this fact, I hurried downstairs to the dining room to take my seat. We were placed in the very booths players would take their seats and play for hours on end. Now they mightn’t been too distracted by the food, but I certainly was. A glance at the menu and true to what I had learned, Simpson’s In The Strand serves reassuringly good British food.

Diners can expect starters to consist of chicken liver pate, roast wood pigeon breast, pea and leek tart, fish cake and west coast mussels, while the mains include roast duck and confit leg, roast lamb rump, pan fried veal escalope, chicken sausage and bacon. That said, menus are seasonal and are subject to change thus keeping them as fresh as possible and an excuse for revisits I must say.

After a starter of fish cakes, which always take me back to the childhood of yesteryear, but these were significantly better, I decided the only thing which would do justice to my choice of main was to opt for the roast saddle of lamb while my friend ordered the restaurant’s speciality of Scottish beef on the bone that has been aged for 28 days for ultimate flavour. For me, the lure of ordering these mains was partly to see the 150-year-old tradition in practice in front of my very own eyes. 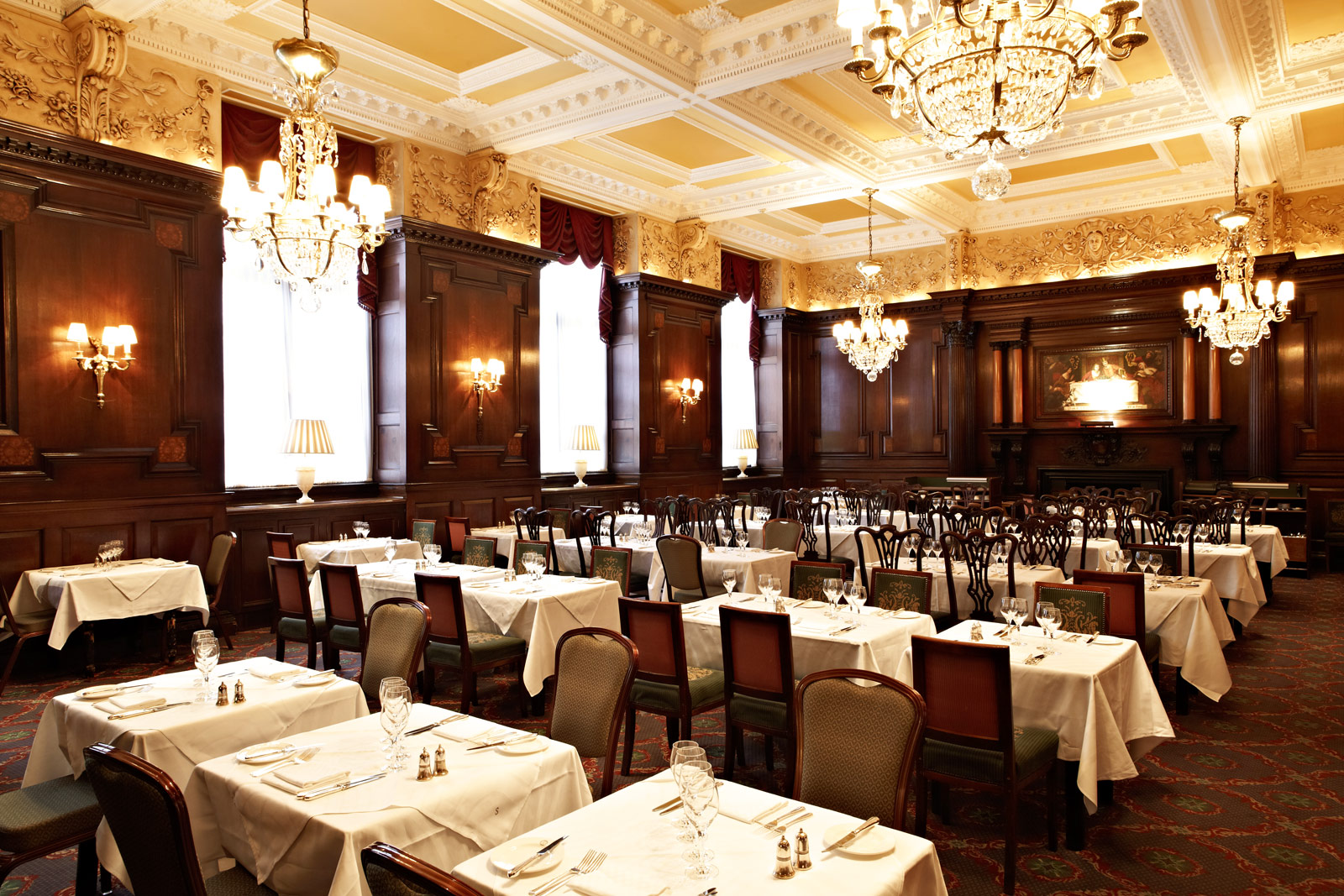 And theatrical dining it was. From the moment I got the waft of the lamb and beef being wheeled to my table to the meticulously neat carving process, I felt I was watching a slow-mo movie. It was quintessentially English. And the taste test? Melt in the mouth and I didn’t expect anything else. The lamb was cooked just the way I like it and the homemade mint sauce and redcurrant jelly accompanying it felt like a party in my mouth.

As expected, the desserts are traditional. Treacle sponge, shortbread lemon in spring, and of course my favourite sticky toffee pudding can be devoured and fill in any gaps left after a starter and main. And trust me, the puddings are so good, that even if you are struggling, you will find room somewhere in those bellies.

Anyone wanting to practice the art of carving can learn this art by attending a carving class at Simpsons led by Master Cook Gerry Rae. The tuition which begins with a champagne and Bloody Mary breakfast reception lasts 90 minutes – the same time it takes to play a football game. Walking away with a carving knife and fork post class, any would-be master carver will feel he’s won this game at least.

Simpson’s In The Strand – Where and how?