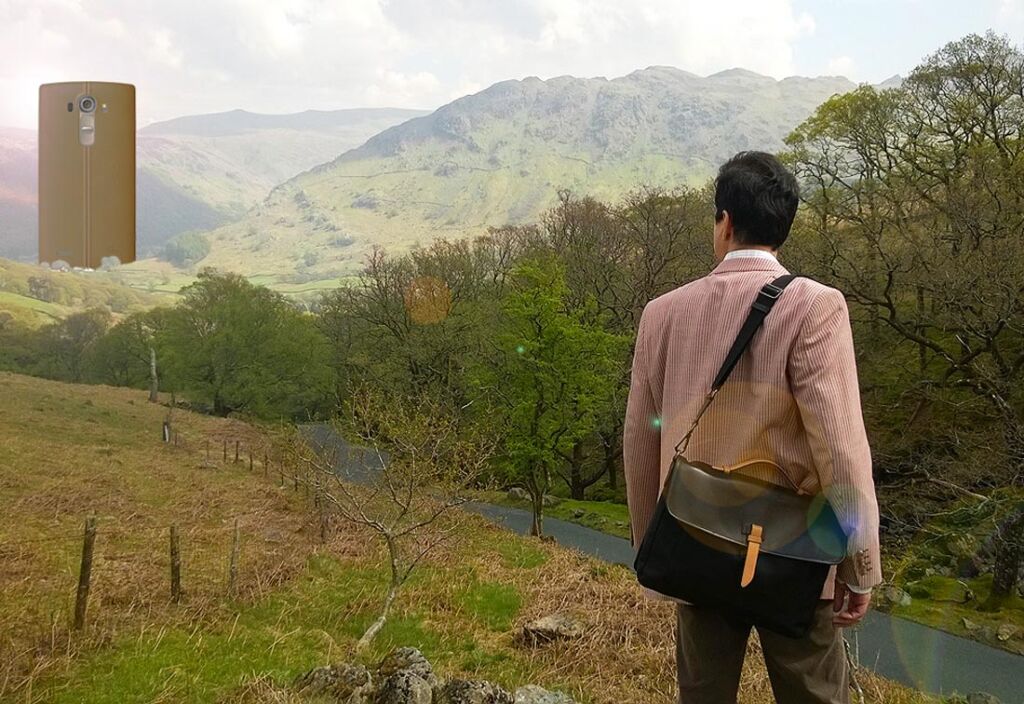 As more and more smartphones hit the market, we look at some of the must-have features high-end phones will be introducing and asking the question – is it worth upgrading?

Smartphones are one of those products which it seems no one can really do without. Each year, hundreds of new high-end models from every corner of the globe reach the market and each year the decision of which one to have becomes harder. Five years ago, the choice was simpler with a few well-known tech-brands such as Samsung, Apple, Sony, LG etc. dominating the market and being a ‘shoe-in’ for the brand to be seen with.

Today we see a large number of Asian-based (Chinese) manufacturers creating high-end smartphones with technology coming close to rivalling the very best the mainstream brands have to offer at a far lower price-point. Although most of these new phones from Asia don’t have a brand name to make them the instant ‘must-have’, it’s on technology and the latest features where they will gain market share. 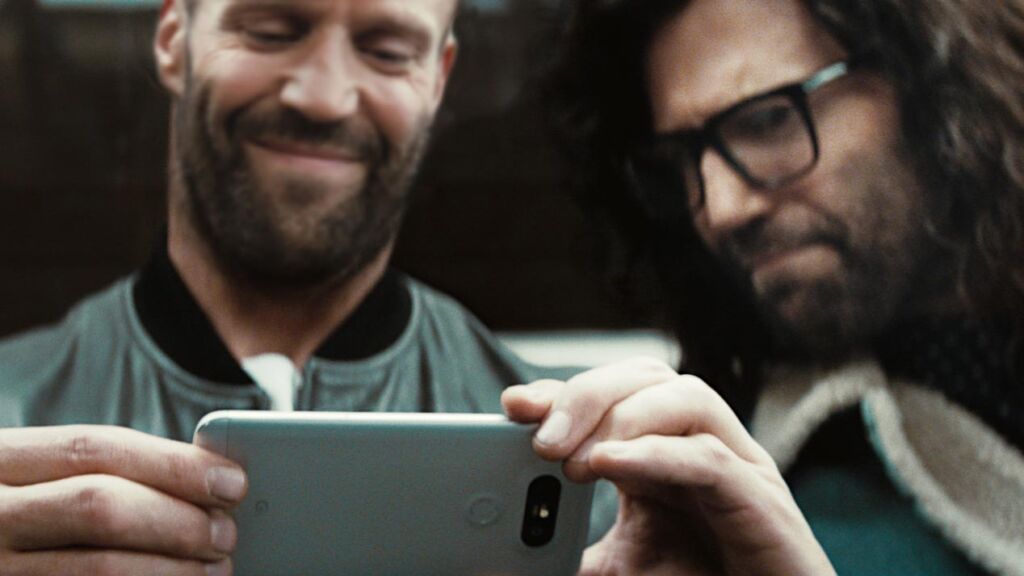 Just as cars became a badge of success for ‘Generation X’, smartphones seem to be the ‘weapon of choice’ when it comes to bragging rights for the Millennials (Generation Y). So often, I have heard the younger generation say, ‘my phone does this and your doesn’t’ or “I can drop my phone in water for 30 minutes and it will still work – your’s won’t”. But, the chances of that happening are so slim, does it really justify a premium price?

At the end of this article, I’ll provide my thoughts on what I consider to be the folly attached to chasing the best tech in the smartphone world and perhaps it might make some stop and think twice before spending a large amount of money on a phone they might not need.

Artificial Intelligence (Ai)
This is probably the number one ‘must-have’ feature on mid to high-end smartphones. To get the best Ai experience from a smartphone, you ‘apparently’ need more processing power and this is one of the reasons manufacturers keep pushing out new faster, powerful, battery-hungry models. Perhaps you should ask yourself at this point, did the manufacturers lie to me a year ago when they took my money and told me that the phone I bought then, was everything that I needed?

The Ai market will continue to evolve over coming years with many manufacturers creating mainstream products for the home and office which will directly link into the phones Ai. Will the Ai evolve at a pace which continuously makes high and mid-range smartphones defunct every year? Certainly not, so in my opinion don’t fall for the ‘you need a new model to get the best Ai’ sales pitches. 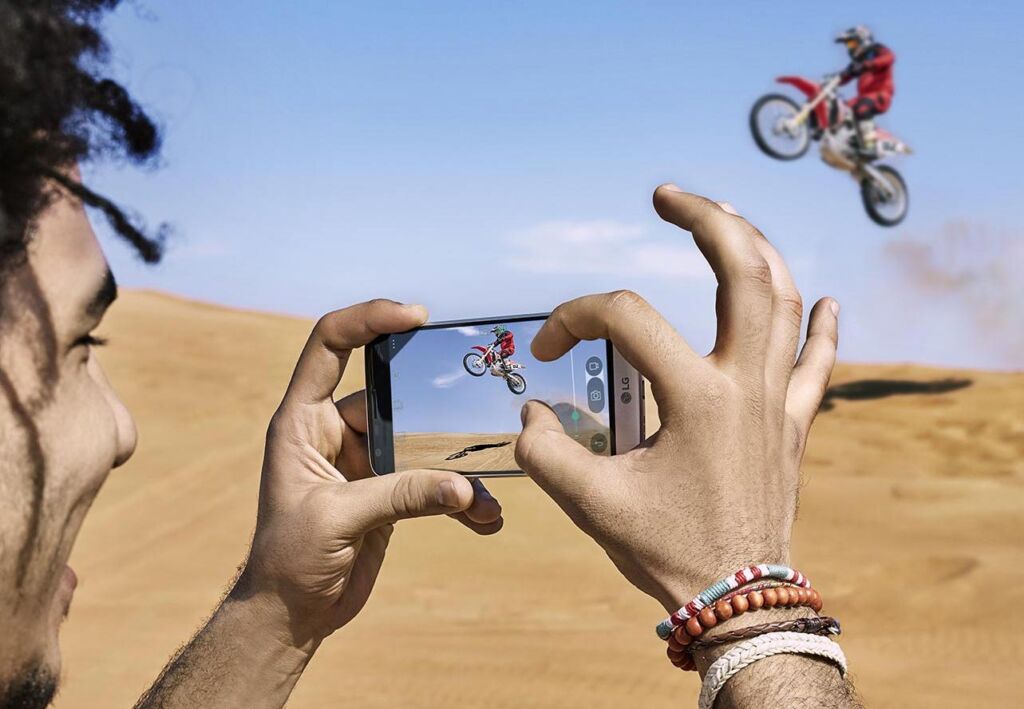 Dual Camera Set-up
The dual camera setup in a smartphone is one of the few recent introductions which would make me upgrade a phone. As a matter of fact, I did so only recently for this exact reason. Dual camera set-ups generally offer greater picture quality, wider-angle images and better depth. They are also perfect for getting the right bokeh effect (focusing on a subject while blurring the background). Having two lenses should also provide increased optical zoom to around 1x-2x. 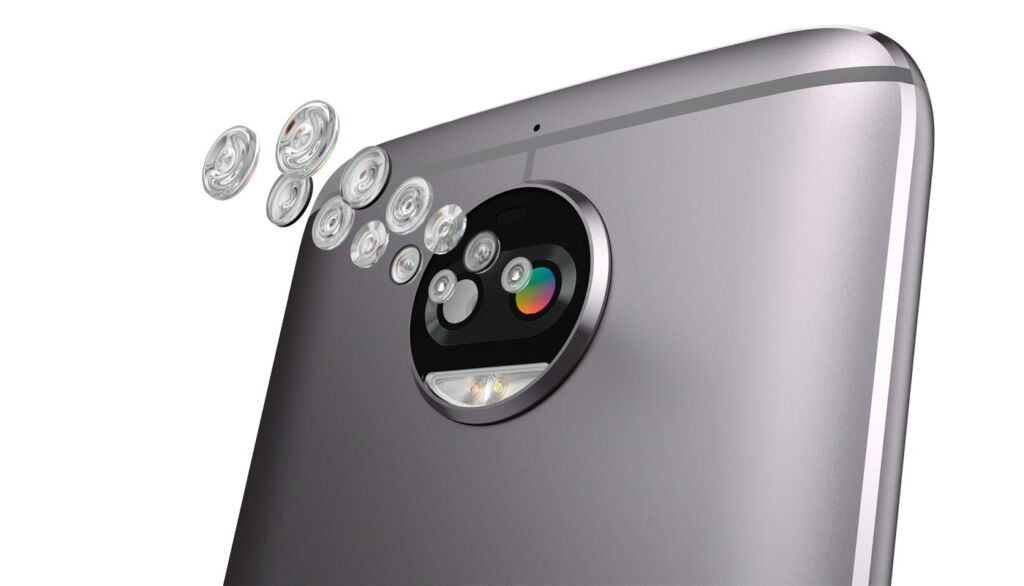 The dual-camera set-up takes smartphones one step closer to replacing entry-level dedicated cameras and offers far more flexibility to the everyday snapper. How close do high-end dual-camera smartphones come to replicating the capabilities of a DSLR camera? To be blunt, they are still many years away from matching the absolute quality produced by a dedicated DSLR camera and in all likelihood, they may never.

Slimmer, more-powerful batteries
Battery life is frequently a deciding factor in which high-end smartphone to buy. There is little more frustrating than a low battery indicator when you have something urgent you need to do. With the current trend for slimmer smartphones, manufacturers are constantly looking to get more out of less real-estate. One manufacturer who created the ideal solution was LG with their dual camera G5 model. Unlike every other flagship phone, the G5 was modular meaning you could swap out the batteries yourself.

Two replacement batteries for the LG G5 should cost around £20/$30 so you should never need to experience the ‘low-battery sweats’. This brilliant solution is incredibly cost-effective for the G5 owner but probably not so great for the shareholders of LG. LG has since released its replacement, the G6 which now has a sealed metal case, no ability to swap batteries and I would imagine, has resulted in a few more smiles on the LG shareholders faces.

Bezel-less screens
In keeping with the squeezing more out of a smaller area mantra, many of the high-end smartphone manufacturers are looking towards 18:9 aspect ratios. The race is on to produce a smartphone with a bezel-less screen and the obvious opportunity to charge a high premium for this. A couple of things I would like our readers to consider when it comes to the need for a bezel-less phone. Is it worth paying a premium price for an extra cm or two worth of viewing area and given the undoubted premium price you’ll pay for this, how are you going to feel when you drop it?

Summary
Many of the features I have mentioned above are available today on current and previous model flagship smartphones, the only differences will be that the models launched in 2018 will probably be smaller and lighter with a more powerful and efficient processor.

Unless you are using your mobile phone for the latest, processor-hungry video games, there seems to be little reason to keep chasing the best and the fastest. Today, according to industry data, most people are not doing it with their cars so why do it with a mobile phone? 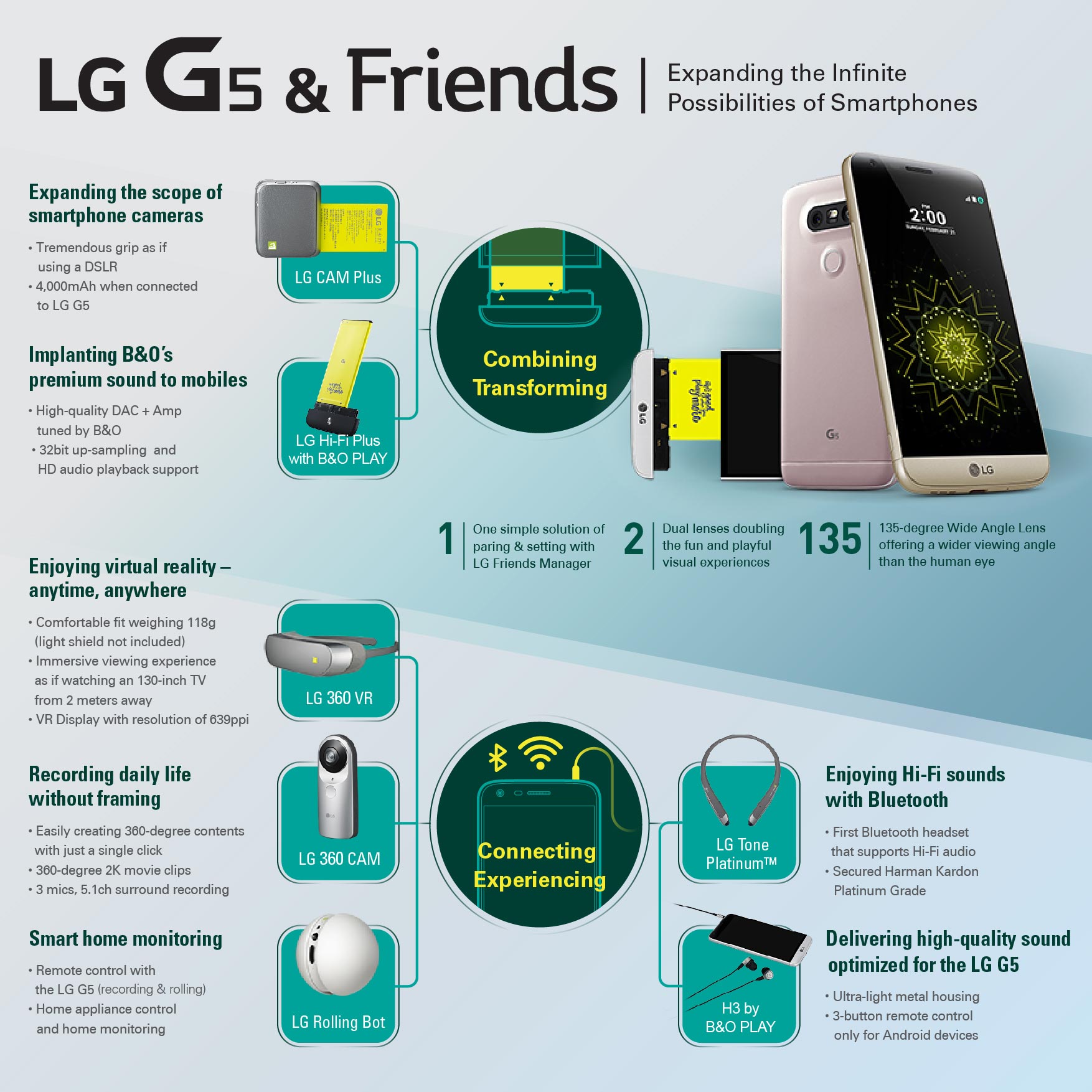 So, if you do need a new phone, I’d recommend what I call the ‘The Smartphone for a Smart person’, the LG G5. Over the past year, I switched from an Android-based phone to using an iPhone and the experience has been horrible. The flexibility I required is simply not there, the ability to move between technology using the Apple O/S and Windows O/S is an incredibly laborious process. I was also frequently disappointed at having to pay for apps on the Apple store whereas much of what I needed was free on the Android platform. 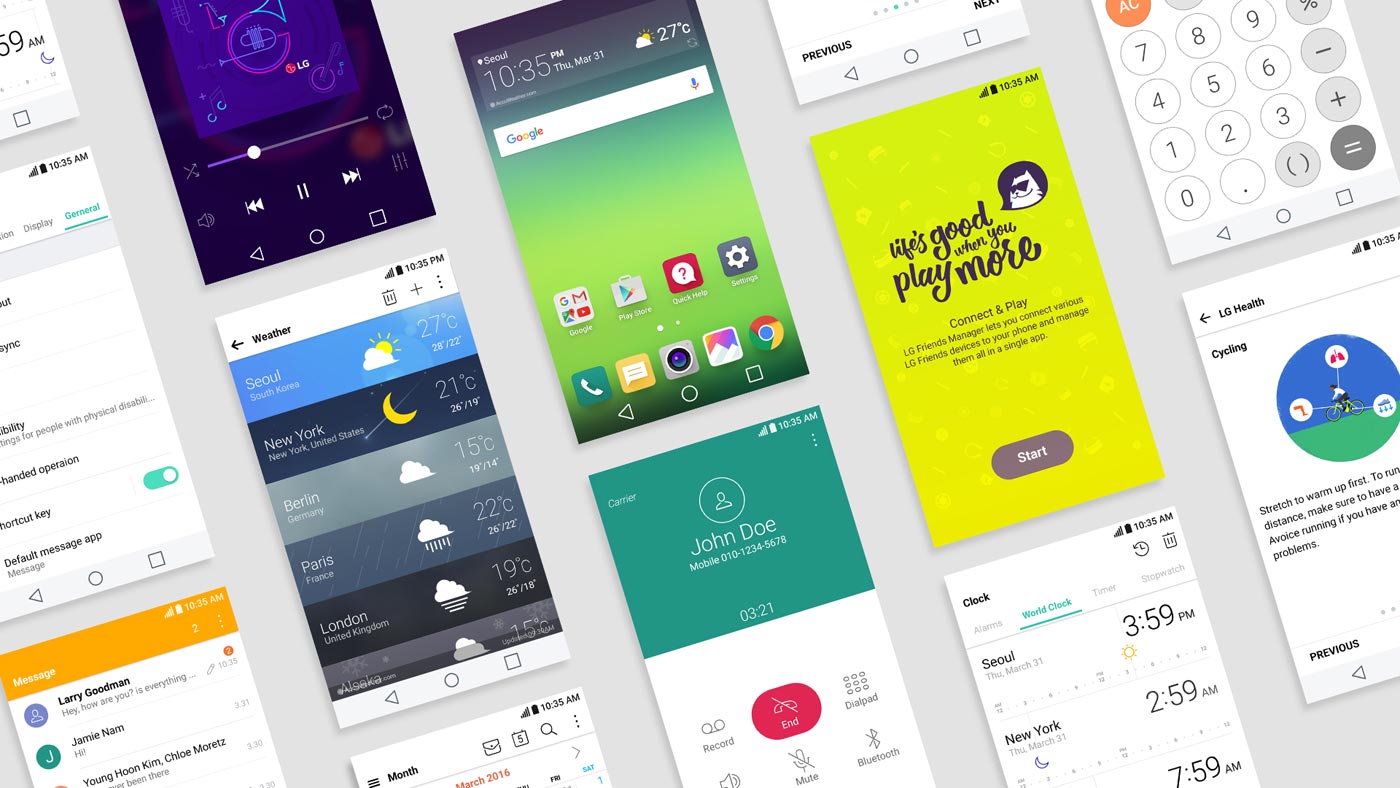 So, what is it that makes the LG G5 so special? As I mentioned previously, it is modular, meaning no more expensive repairs, you can add and replace things yourself and it utilises Android. It has more than adequate processing power and is first-class in the photography and video department.

An LG G5 with its dual camera set-up might not be quite as tweaked as an iPhone 8 or a Samsung Galaxy Edge 8, but in the hands of someone who knows what they are doing, will produce exactly the same, if not superior results.

The LG G5 is not the latest LG flagship model, but it holds it’s own in almost every department and is probably superior overall to their current top-of-the-range smartphone. Given that you can buy one for a probably less than 1/5th of what you spend on a new high-end phone, it makes complete sense to own one and you wouldn’t want people to think you don’t have much common sense, would you?