The Jim Thompson Mystery Trail at the Cameron Highlands Resort 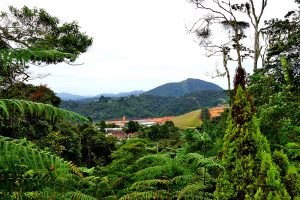 When you talk to people about the Cameron Highlands, one of the first names that crops up in conversation is that of ‘Jim Thompson’. Thompson was an American Businessman that helped revitalize the Thai Silk industry in the 1950s and 1960s, his colourful past involved collecting antiques, work as an architect and most importantly in the context of this piece his role as a spy for US Military Intelligence.

As we mentioned earlier, the Cameron Highlands Resort has its very own Jim Thompson Silk Boutique within the Resort grounds offering a wonderful range of silk garments, collectables and gifts. To complement this, the resort provides an excursion around the areas Jim Thompson was last seen including ‘Moonlight Bungalow’, a short walk away from the Resort and the property where Thompson was staying prior to his disappearance.

The evening prior to the excursion I telephoned a friend back in the UK to excitedly tell him about my chance to solve this mysterious disappearance, after a confused 5 minute conversation, my friend said ‘Jim Thompson is an Australian Cricketer – right?’ – I could see that I would be solving this particular mystery on my own!

So, what was Jim Thompson doing in the Cameron Highlands in the first place?

In 1967, Thompson chose to take a short vacation in the Cameron Highlands with his friend Mrs Constance Mangskau staying at ‘Moonlight bungalow’ with Dr. Ling Tien Gi, a Singaporean-Chinese chemist and Mrs. Helen Ling, his white American-born wife. On Easter Sunday, they went to local morning services at All Soul’s Church, everything seemed normal, however later that day Jim Thompson decided to go for a walk but never returned – this is the where the mystery begins. 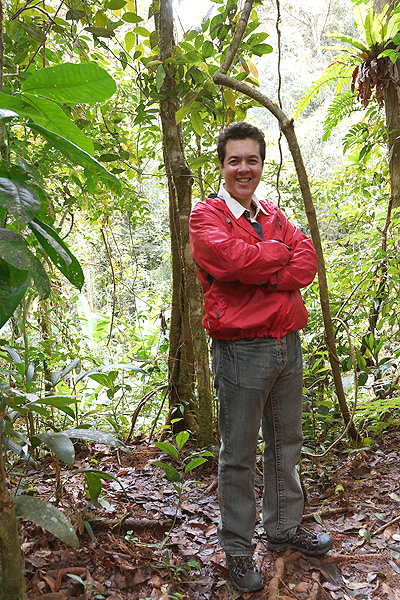 The Jim Thompson excursion lasts between 2 and 3 hours and is headed by the resident Naturalist – Madi, as ‘Moonlight Bungalow’ is located up on a hill, the resort drives you up the entrance of the bungalow, it’s from here that your chance to look into and indeed attempt to solve the mystery starts. Wandering around the grounds of the bungalow is a little surreal, the construction, climate and layout is so reminiscent of something that has been lifted straight from the countryside of England. The bungalow is a smallish two-storey property that is set upon a large level plateau approximately 1/3rd acre with stunning views across the valley. Lush thick forest surround the property with steep drop off’s that fall away into the foliage, but not dangerous enough in my opinion to cause a life threatening injury should one make the mistake of falling.

Something that is very apparent is the local Orang Asli people’s knowledge and use of the area, small worn paths criss-cross everywhere, up steep hills and down into valleys, these pathways are used regularly for the hunting of large rats, pheasants and squirrels. What this tells me is that if Jim Thompson had fallen, then it would not have been too difficult for the local Orang Asli tribes people to locate him. But, if these expert locals couldn’t find any trace of him then the following day, surely the largest Manhunt in Malaysian history would. Police came into the immediate area with loud hailers, walkie talkies, field telephones, pistols and sub-machine guns and lets not forget that Thompson was trained in jungle-survival. All this huge effort turned up no trace of Jim Thompson which leads me to only two possible conclusions, firstly he decided for his own personal reasons to just disappear, possibly hired a car or was collected and went away to somewhere to enjoy living on his wealth. This conclusion has one possible drawback – the residual evidence, where is the vehicle, if he hired a car, who took him? People after time tend to talk. So, we have the second and most plausible conclusion which is based upon his past work with US Military Intelligence. Someone decided that he needed to be removed and he was taken away by car either by force or voluntarily and the rest I will succinctly leave to your imagination. I know that there are many theories that have permeated over the years such as being eaten by a Tiger, or Kidnapped by locals or even aliens, but in this case – I believe Occam’s razor applies – ‘the simplest solution is more often than not the correct solution’.

Now that I have the mystery solved, let us get back to the trail. After a thorough exploration of the bungalow Madi decided to take us off road into the thick forest, and when I say thick it really is. I can imagine that if you were not familiar with your surroundings, aside from taking the logical route of moving up or down, you could get quite lost! Luckily for us Madi has created a safe (albeit sometimes muddy) route for guests to embark upon, along winding paths, across small streams up and down the valley. The cool climate ensured that none of our party ran out of puff or energy and given all our varied ages seemed very suitable for most people.

Along the way Madi pointed out varies types of rare flora and fauna, making sure that we were paying attention by bringing even the most reserved amongst us into conversation. A thoroughly information packed nature trek that brought home the incredible biodiversity here in Malaysia. As we walked back to the resort my wife kept muttering about the mud on her new trainers, as luck would have it, upon our return we were seated down in the reading room, given a drink and our shoes taken away for a thorough cleaning, as I sat there in in my pristine Cameron Highlands slippers in the beautiful reading room, I thought to myself ‘If only life was like this in the real world’.

Photographs shown throughout the Cameron Highlands Resort feature were taken using the new Sony 24.3MP SLT-A77 the World’s fastest* camera with record-breaking 12fps continuous shooting speed. You can read more about the Sony / Luxurious Magazine partnership on the About us page.
*Among interchangeable-lens cameras with an APS-C sensor as of August 2011.