At this years London 2012 Olympics and Paralympics we saw new records set by the fastest sportsmen and women in the world. In the spirit of the Games, Luxurious Magazine takes a look at some quick luxury cars launched during the year of the London Olympics.

Designed in a unique copper orange to accentuate its sporting pedigree, the GTS-X, priced at £147,500, boasts a modified 575 bhp 5.0-litre supercharged V8 engine.

This allows the new model to sprint from 0 to 60 mph in just five seconds, 0.9 seconds faster than the standard Supercharged V8 Range Rover Sport, and to a top speed of 145 mph.

Enhancements to the exterior and interior styling include sculptured colour-coded side panels, vents with gloss black mouthpiece and new two-tone Overfinch lettering across the bonnet and tailgate. 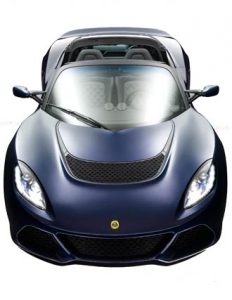 Unveiled at the 2012 Geneva Motor Show back in March, this is the most rapid Lotus roadster ever made.

Weighing in at just under 1100 kg, the softop version of this Lotus Exige variant features a supercharged 345 bhp 3.5-litre V6 engine capable of powering the car to 62 mph in 4 seconds and 100 mph is just 8.5 seconds.

The Exige S Roadster comes with a six-speed manual gearbox, but will also be available with Lotus’ Serial Precision Shift (SPS), a paddle-operated automated manual transmission.

Two suspension configurations are available on demand: a standard setting for an active driving experience suited to public roads, as well as an optional setting as part of the Race Pack for maximum performance, and developed for track use. Prices and a production schedule are yet to be announced.

Ferrari F12 Berlinetta
The F12 is the most rapid and powerful road-going model ever produced by the Prancing Horse, succeeding the outgoing 620 bhp 599 GTB. Designed by the Ferrari Styling Centre and Pininfarina, the F12 Berlinetta will sprint from 0 to 60 mph in only 3.1 seconds, and hit a top speed of over 211 mph thanks to its 730 bhp V12 engine which is based on that of the Enzo. The transmission is a seven-speed twin clutch DSG gearbox, first seen in the FF grand tourer. The new model goes on sale next year at £239,736, sitting the car price-wise between the 599 GTB (£212,096) and the 599 GTO (£299,950). 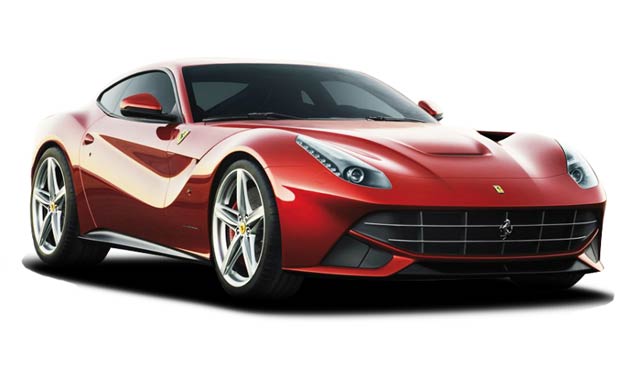