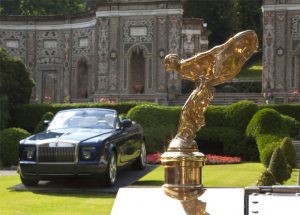 A number of events have been planned for 2011 to celebrate this very special anniversary of this iconic figure, the Spirit of Ecstasy. Earlier this year on 6th February – the date on which Charles Robinson Sykes Spirit of Ecstasy design was first registered – Rolls-Royce Motor Cars hosted a drive through central London. One hundred contemporary and historic Rolls-Royce cars made their way through the capital’s streets taking in key landmarks en route, such as Berkeley Square and Conduit Street, the current and original homes of Rolls-Royce in London.

Torsten Muller-Otvo, CEO Rolls-Royce Motor Cars said “The Spirit of Ecstasy is perhaps the most famous automotive icon, gracefully adorning the prow of Rolls-Royce models past and present, She was an inspiration for the founding fathers of our great company, as well as for owners and enthusiasts through the generations. Today her image continues to inspire and drive those of us who are fortunate enough to work for this unique brand, making the world’s most exclusive and desirable cars.”

Rolls-Royce Motor Cars will reveal details of further Spirit of Ecstasy inspired initiatives and events throughout her centenary year.

The origin of the Spirit of Ecstasy Mascot from Rolls-Royce 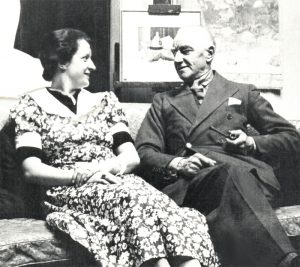 The Spirit of Ecstasy Mascot takes the form of a woman leaning forwards with her arms outstretched behind and above her with a billowing cloth that runs from her arms to her back, resembling wings. The Mascot was also available in a version without the billowing cloth for the more adventurous motorists. It is said that the first Spirit of Ecstasy was based upon and evolved from the love between the Second Lord Montagu of Beaulieu and his secret love and the model for the emblem, Eleanor Velasco Thornton. Lord Montagu commissioned Charles Robinson Sykes (a friend of his) to sculpt a personal mascot for the bonnet of his Rolls-Royce Silver Ghost, Charles Sykes chose Eleanor Thornton as the model for this. Sykes originally crafted a figurine of her in fluttering robes, pressing a finger against her lips – this was to symbolise the secret ten year love affair between Eleanor and Lord Montagu. The Mascot was consequently named The Whisper and is currently on display at the National Motor Museum, Beaulieu along with other Spirit of Ecstasy figurines.