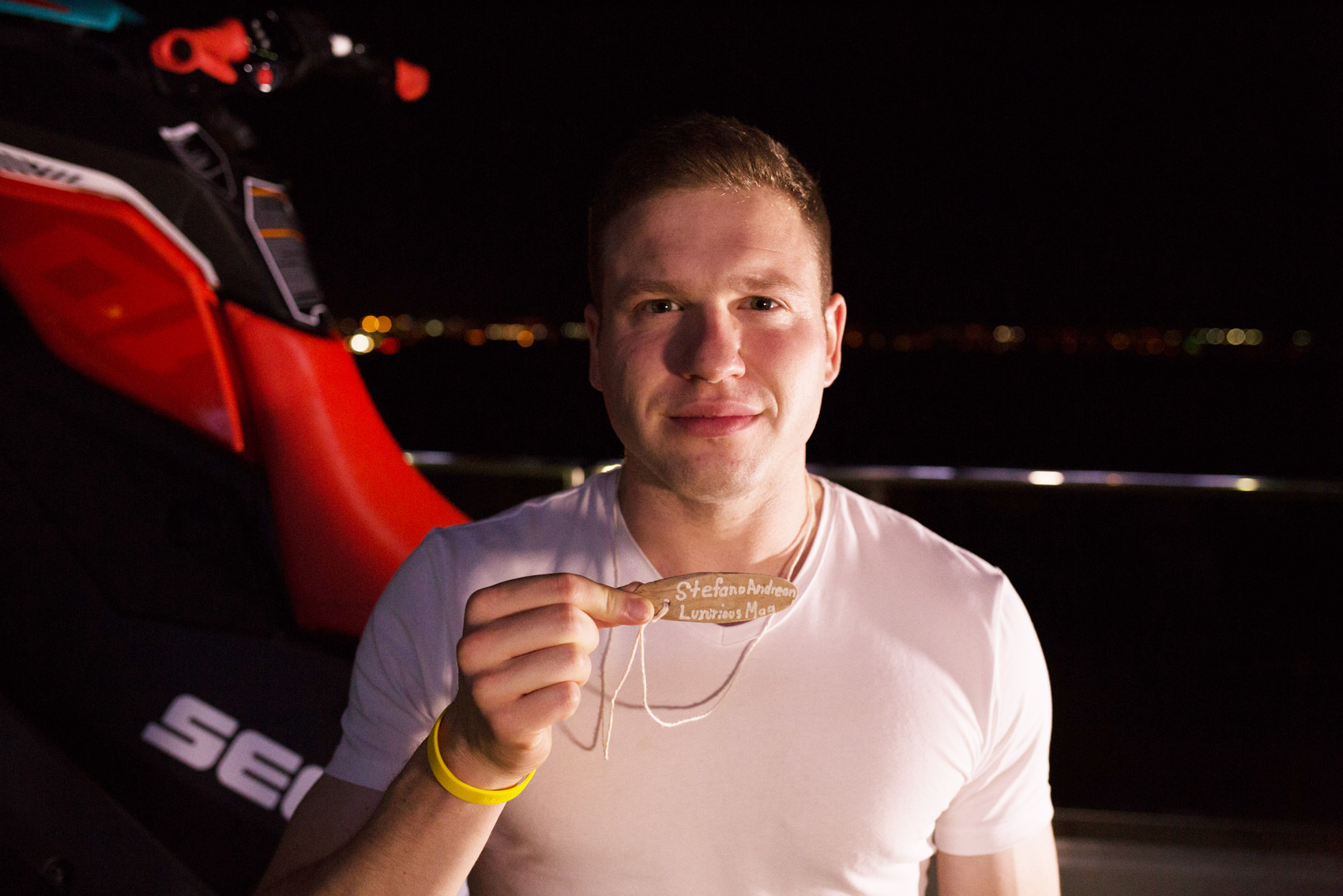 I flew in to Tampa Bay, Florida during the usually tumultuous rainy season to test out the 2017 model year products for Bombardier Recreational Products’ (BRP) personal watercraft brand, Seadoo. Normally this wouldn’t be an issue for me – us Brits are built of stern stuff and have never shied away from a little wind or rain. However, when you know you are testing the fastest personal watercraft in the world boasting 300bhp and a 0-60mph time of 3.8 seconds, I was hoping for smooth conditions. 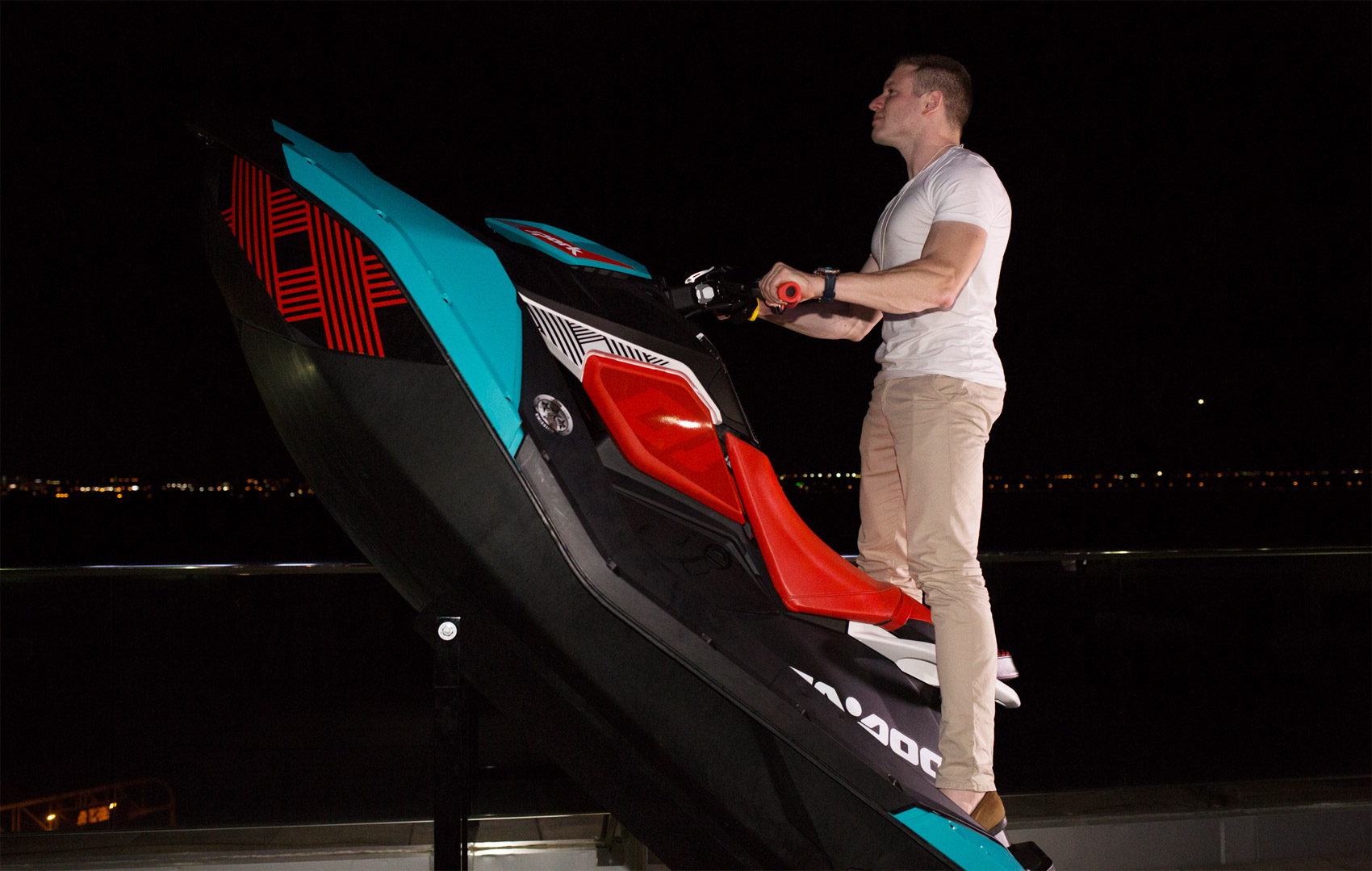 There’s also the small fact I’ve never been on a personal watercraft before in my life, let alone the fastest production model in the world; which is not entirely dissimilar to learning to drive on a Monday then being asked to review a new Bugatti on the Tuesday.

Thankfully the weather decided to play ball on the three days of this test. Clear blue skies and a sea to match provided idyllic conditions for this decidedly pasty British journalist to test the range of BRP Seadoos to the best of his ability and also test the limits of his sunscreen. 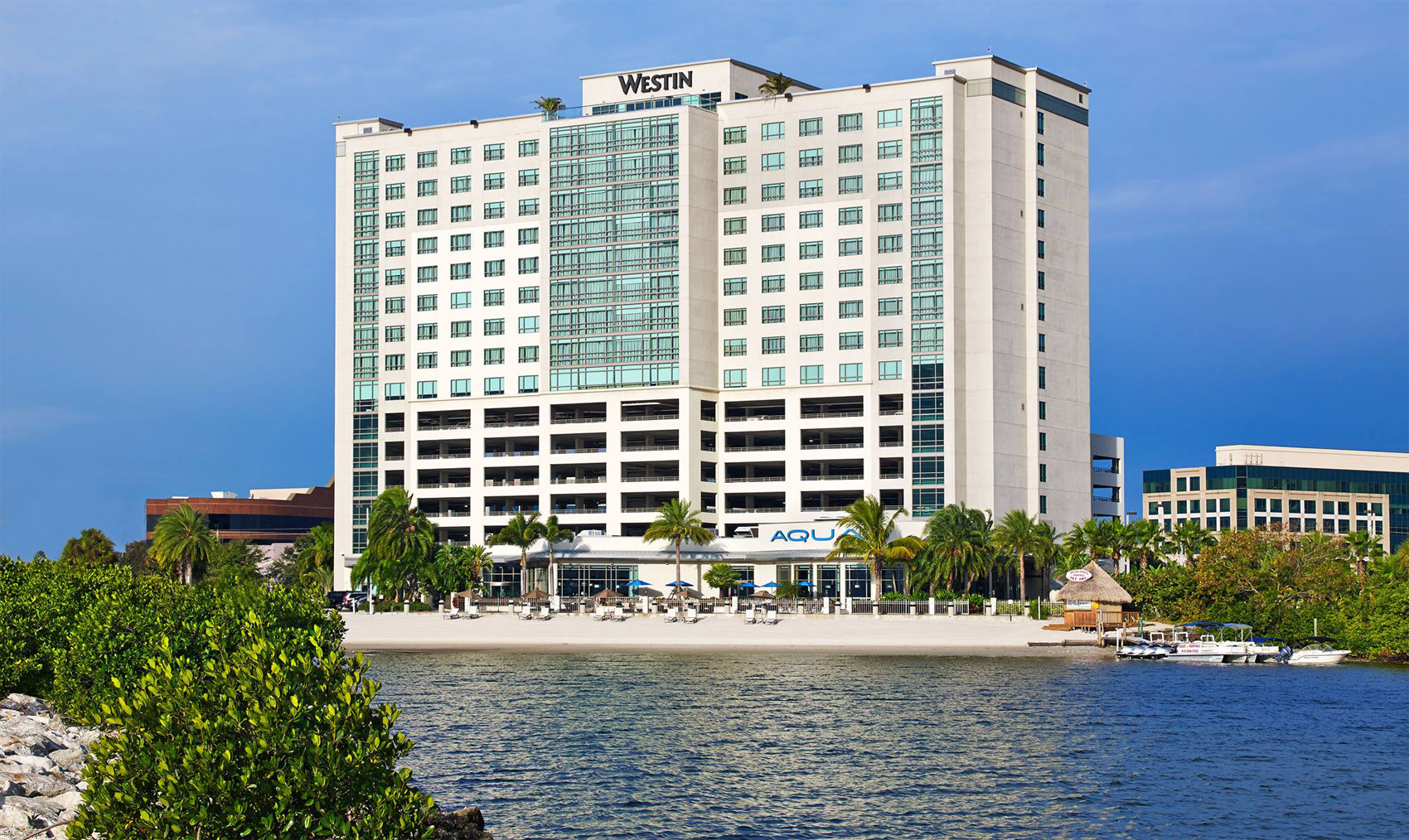 The whole event was hosted at the Westin Tampa Bay, a hotel with a sensational view (especially at sunset) which usefully backs onto its own private beach that leads out into the main bay; making it the perfect location for a comprehensive test of the SeaDoos. In the water there was a pre-made course using buoys to test out the various abilities of the watercraft, from straight line speed to cornering & tricks.

After the night of locally-sourced seafood (popular with all the journalists) and the locally-brewed beer (especially popular with the Australian journalists) we are out on the beach the next morning with the full array of Seadoo’s 2017 lineup waiting for us, brimmed with petrol and ready to go.

As before, this was my first time on a personal watercraft so I will be providing a Layman’s view of these products, which should be useful to those of you looking for the ideal toy to attach to the back of your yacht and your waterside or riverside property. 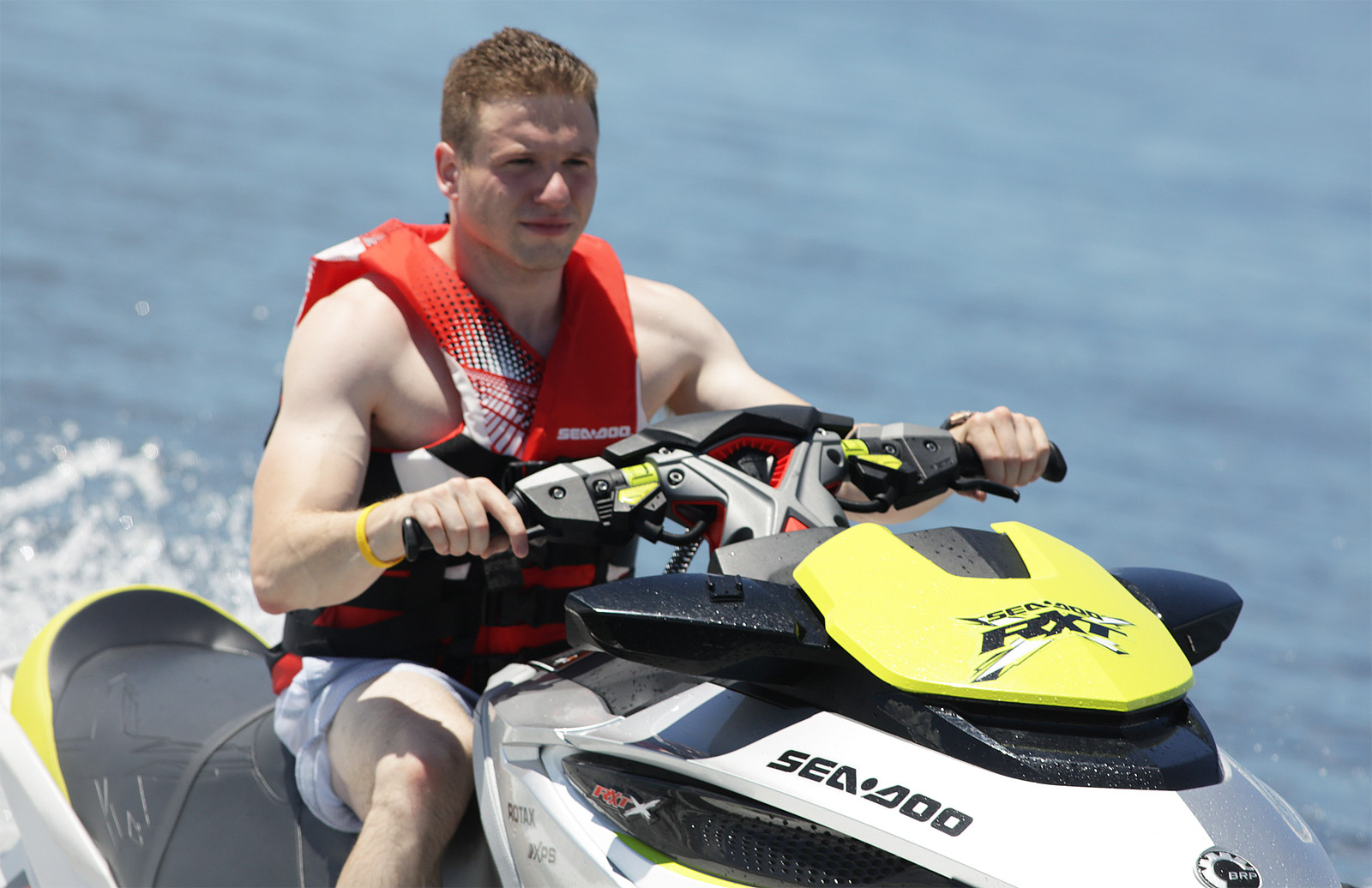 SeaDoo’s popular XP became 85bhp and there was also a special edition, which produced 110bhp. At the end of the 1990’s, the platforms were bigger, more powerful and producing around 100bhp. With all that in mind, even the current lower-powered models have enough oomph to be entertaining to most. 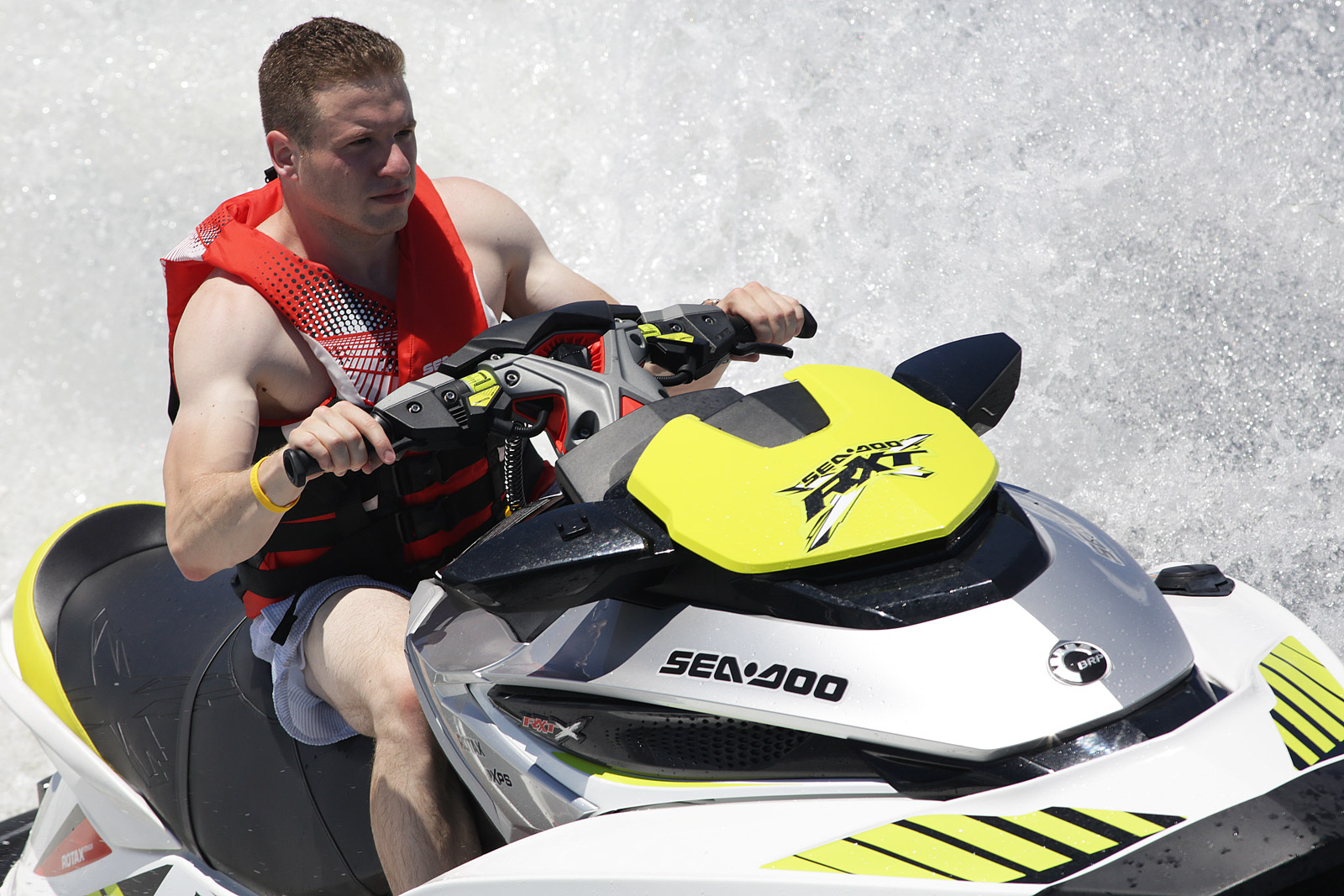