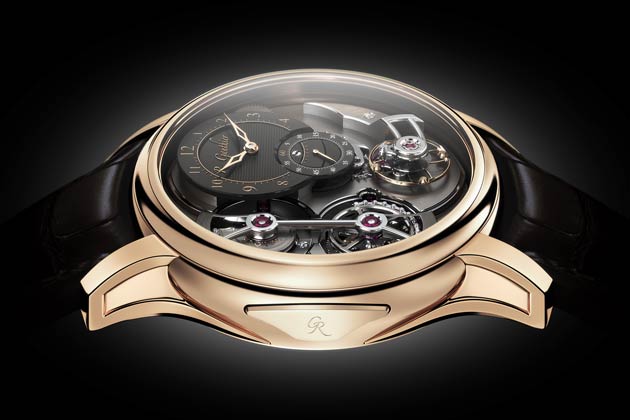 Originally he started his career as a CNC machine programmer/operator for a renowned horological parts manufacturer in the Vallée de Joux, Switzerland. Ultimately this inspired him to pursue the dream of establishing his own watch brand. Subsequently he gained an MBA and achieved his goal in 2007 with the release of his first watch the sublime Prestige HM. 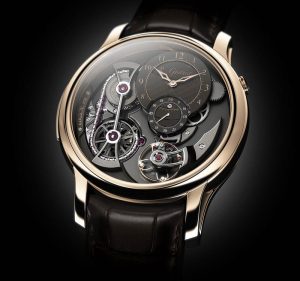 Impressively Romain Gauthier has managed to combine his passion for haute horlogerie with micro engineering. This skillset has resulted in a range of highly original and complicated timepieces. At the company’s manufacturing facility in Vallée de Joux all the watches are meticulously designed, assembled and regulated in house. The Logical One is the brands third model and in my opinion the most successful.

A few months ago I featured this amazing timepiece on my own website. I was incredibly impressed with the overall finishing and attention to detail. The Logical One isn’t a particularly large watch compared to others available on the market. Dimensionally it measures 43mm x 14.2mm, which should appeal to the discerning collector. I have recently tried on many timepieces displaying similar proportions and they have sat comfortably on my wrist. On that basis I would imagine this piece would be a practical option to wear on a daily basis. Due to the classical styling of this watch I can envisage this piece worn on formal occasions rather than casual. 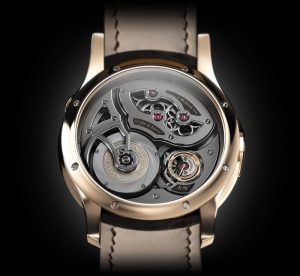 Visually the appearance of the Logical One is wonderful and highly accomplished. The three-dimensional dial perfectly exposes the ingenious precision engineering of the movement. Every element of the sensational multi layered façade works in perfect harmony. The layout is composed of an offset sub dial displaying hours and minutes intersected by a small second counter. I love the simplicity of the composition, which is integral to the success of the design.

To power this amazing watch Romain Gauthier has devised an innovative chain-and-fusee style constant force system. This patented calibre comprises 60-jewel (36 in the movement and 34 for chain) and oscillates at a frequency of 28,800 vibrations per hour (4Hz). All of the 394 components are individually hand bevelled and polished to the highest standards. The Logical One features hours, minutes, small seconds and an impressive power reserve of 60 hours. A sophisticated push-button winding crown operates these functions.

The Logical One is available in an opulent choice of either red gold or platinum and is equipped with a hand-sewn alligator strap. Prices range from: CHF 130,000 (approximately $144,520).