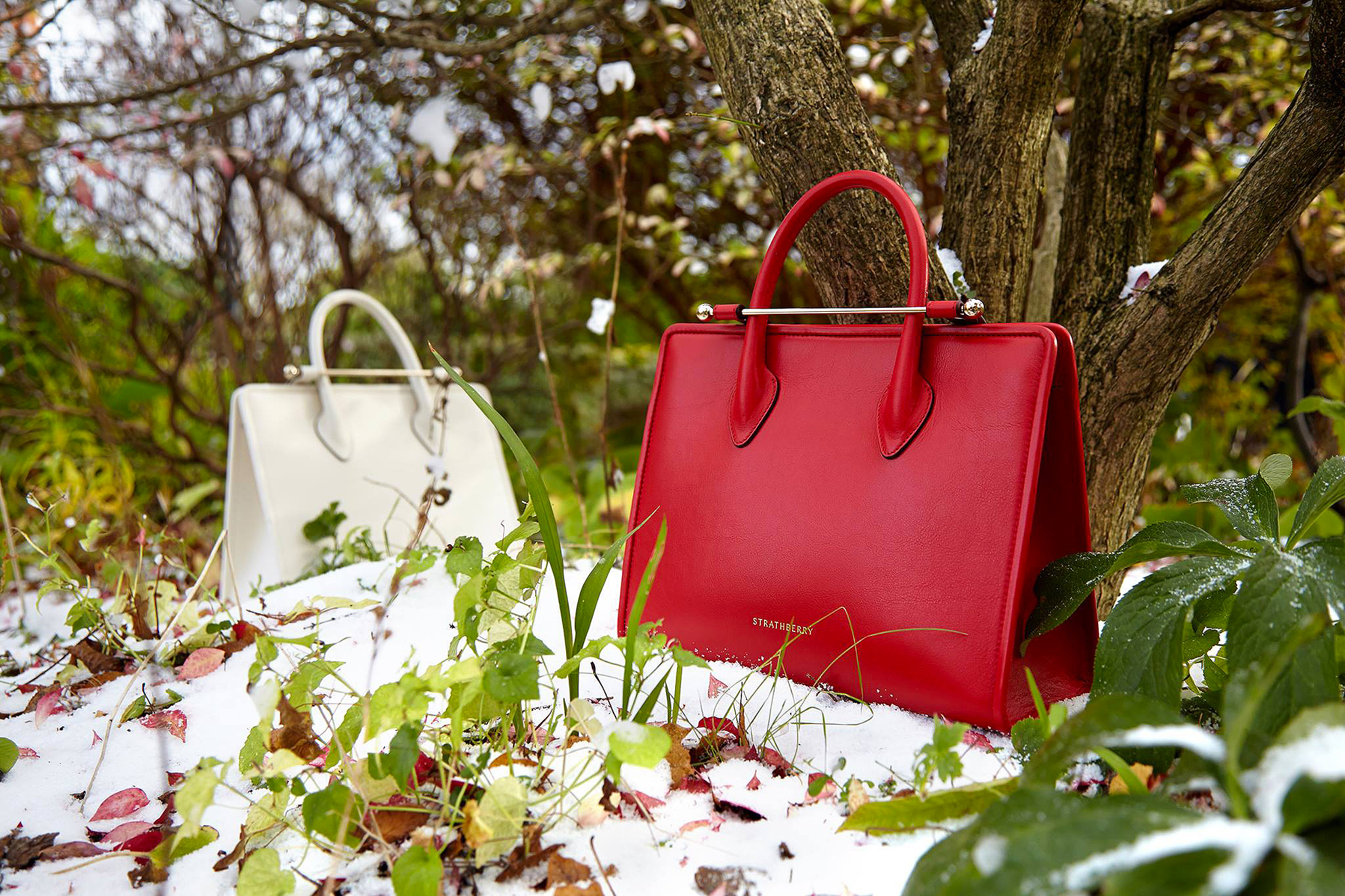 Sumptuous Scottish textiles such as cashmere and tweed have long been associated with the world of couture. But New York Fashion week has just witnessed a new twist in the Scottish story with the runaway success of a very different designer Scottish brand: Strathberry handbags.

The rapid rise of Strathberry has been an amazing story in itself. Guy Hundelby, the man behind the phenomenon couldn’t believe that somewhere as creative as Scotland didn’t have a stand-out international luxury accessories brand. For a country synonymous with quality food, clothing and holidays, he felt this was a huge marketing gap and a great opportunity for his team to indulge their creativity and passions. 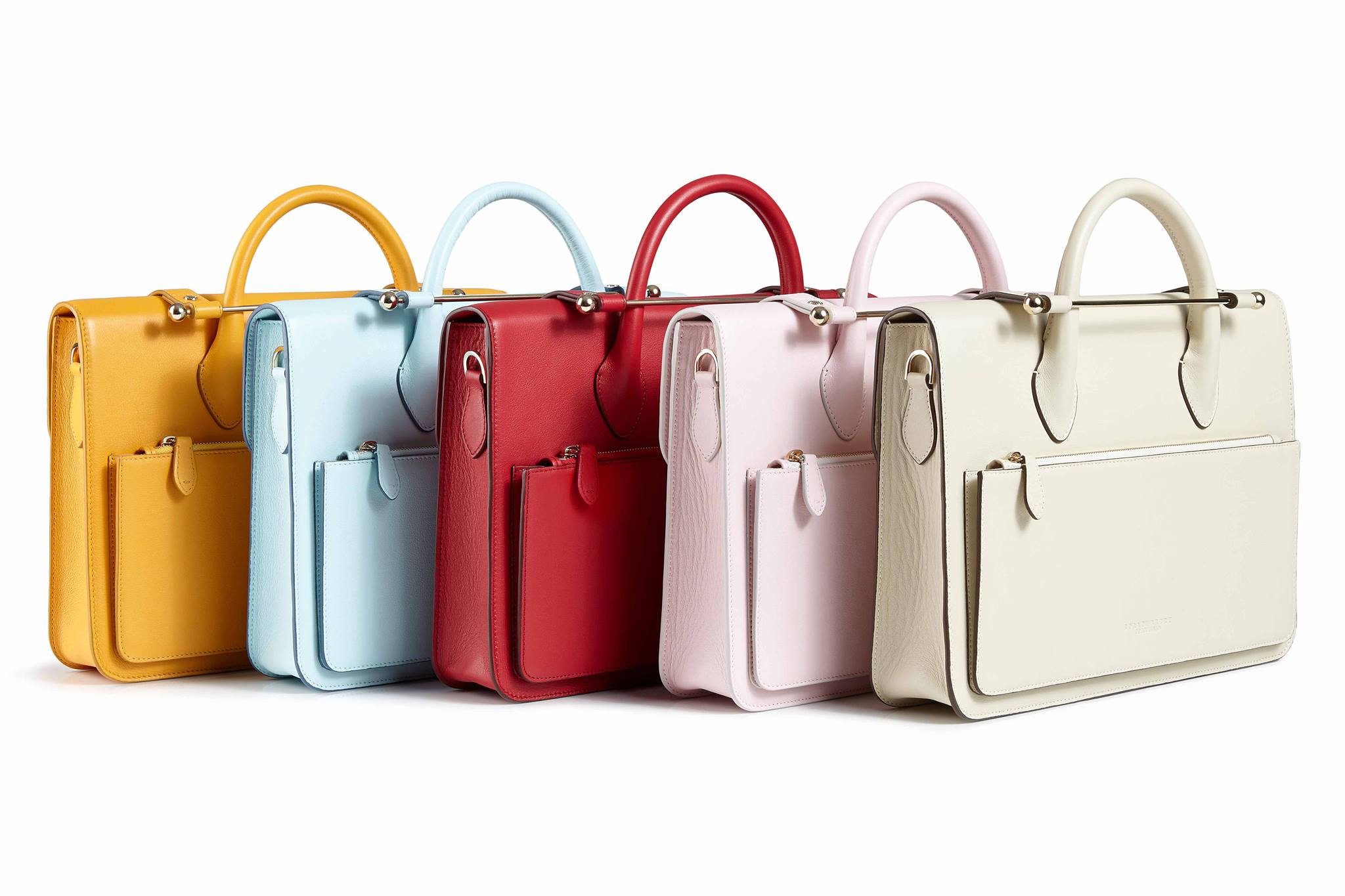 “Strathberry leather goods are inspired by innovation, great craftsmanship and minimalist design, all elements that are part of Scottish culture.”

With so many designer handbags out there, Guy and his team wanted to create something different, something which would appeal to women who didn’t want to follow the crowd. One of Strathberry’s strongest design influences has come from vintage music cases. Their unique bar closure has now become an iconic feature of the brand. 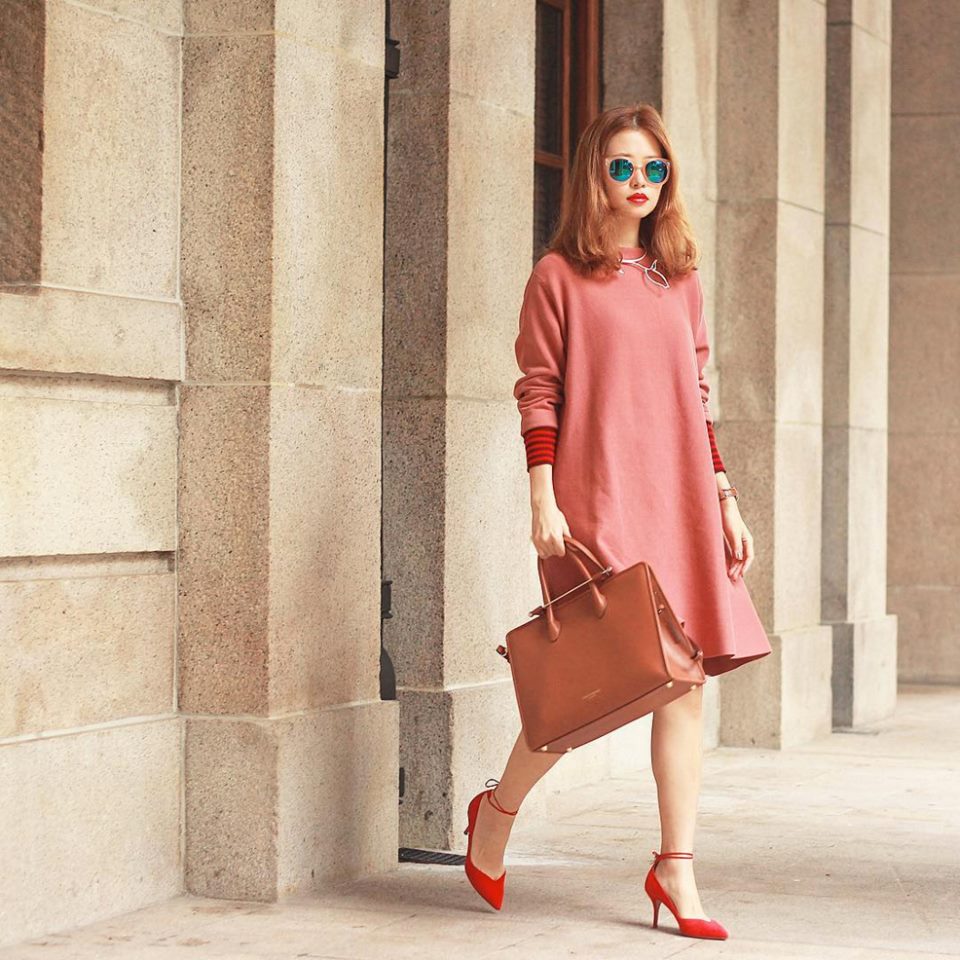 “It’s part of what helps us to stand out, I think, along with the fact our bags are beautifully handcrafted, thoughtfully designed and sold at accessible prices. Our aim is to produce pieces which are timeless and unique and can appeal to all ages.”

And this vision of the Strathberry woman as fashion savvy, appreciative of lasting quality and someone who finds pleasure in discovering the new, is clearly striking a chord with customers.

The last 18 months have seen the brand really take-off, with 2015, in particular, proving to be a remarkable year. It started with an extremely successful venture onto the money raising platform, Kickstarter. The business plan raised over £120,000 in less than a month; the most successful UK fashion project on Kickstarter ever.

Guy says, “What began as a simple attempt to raise capital very rapidly became a bit of an online sensation. In a matter of months we had sold 3,000 bags and the online buzz seems to have grown rather than abated. We thought January and February, where traditionally all sales plummet, might have been quiet months, but incredibly the momentum has just kept up. Even our first venture into the creation of a special edition handbag to celebrate the Chinese Year of the Monkey has been a total sell out. Incredible, really.” 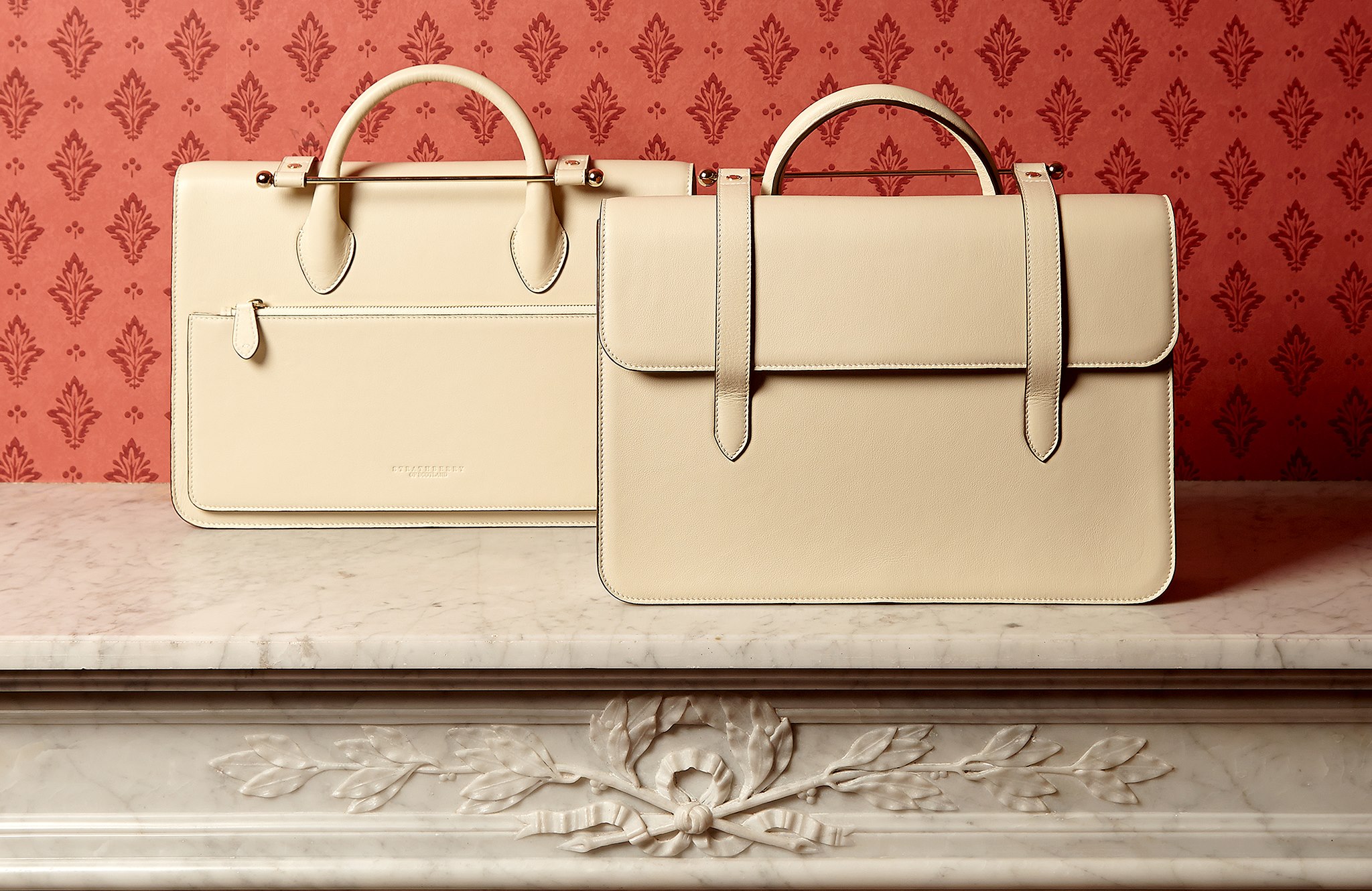 And the future of Strathberry? Well, that, of course, is looking incredibly bright. With the recent success of New York Fashion Week, the brand is going from strength to strength.

The focus, for the moment will remain on women’s leather goods and developing the brand’s digital presence, including a new Chinese version of www.strathberry.com. But Guy has ambitious plans and it may not be that long before Strathberry are opening bricks and mortar stores in China and the U.S. 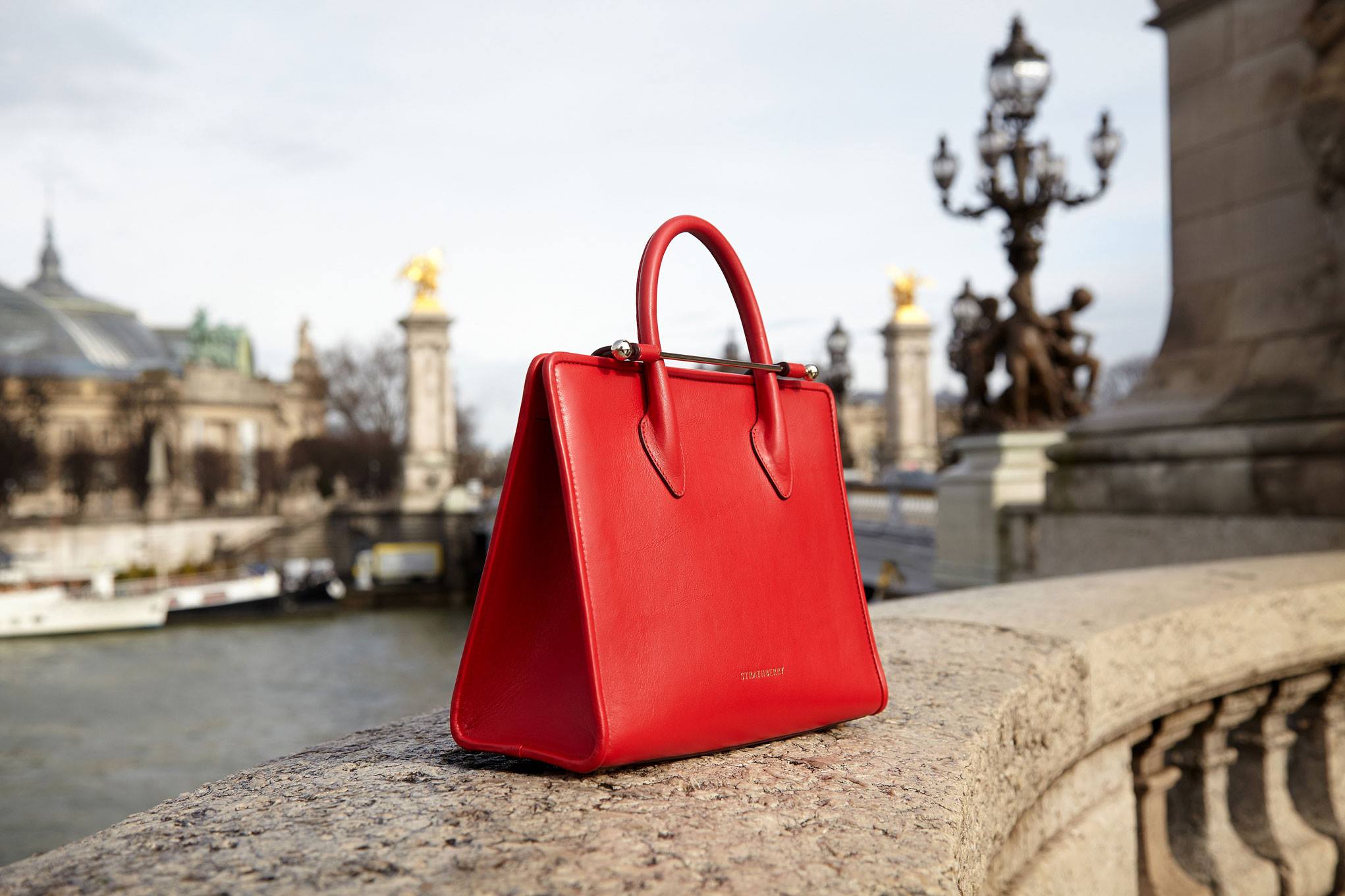 So stylish, honest, modest…and infinitely desirable. The Strathberry brand is one to watch.

Strathberry – Where and how?

See more from Strathberry below: