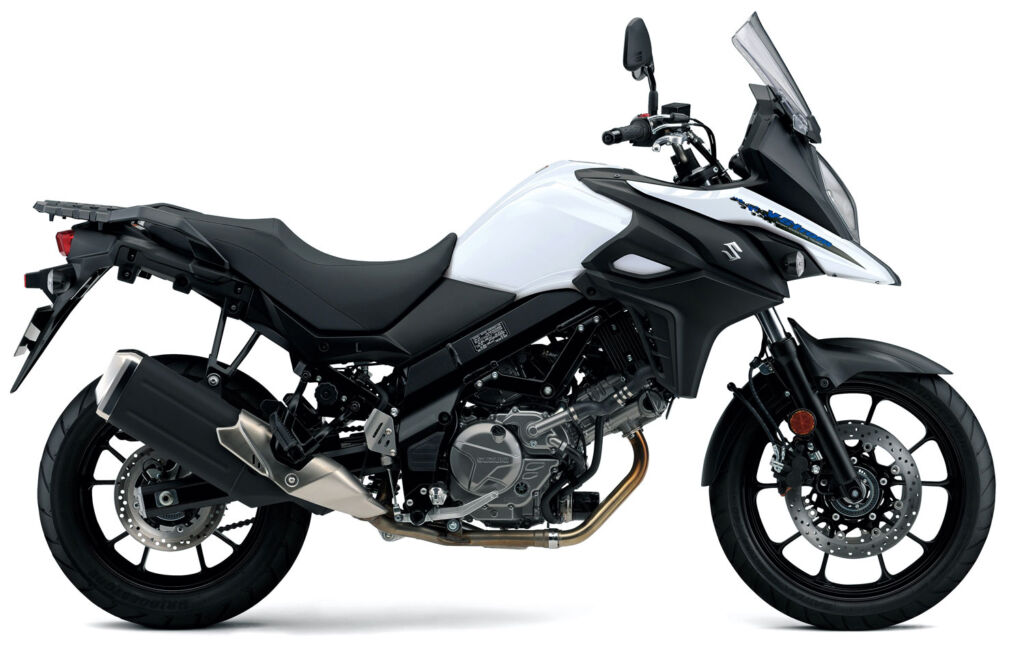 Jeremy Webb puts the Suzuki Vstorm 650 through its paces, and although the British weather tried to make his time with the bike as difficult as possible, it actually helped, becoming an ideal opportunity to see just how capable the Vstorm 650 is.

Storm Laura was doing her thing when I returned a Katana to Suzuki HQ, then collected the next bike to test. It seemed like an omen that the motorcycle was the Vstorm 650, a middleweight Adventure bike. The prophecy turned out to be fortuitous as after riding it for two hours in horrendous wind and rain, the Vstorm proved itself a force to be reckoned with.

Starting the V-twin using the new Suzuki Easy Start System, you question if the bike has fired up? It is so quiet, with a helmet on you can barely hear it. Indeed the quietest storm you will not hear. A real bonus to riders putting in the miles and the Suzuki Vstorm 650 has many more positives. The new instrument cluster is clean and clear, easy to read when riding with all the information you need in a mix of analogue and digital displays. 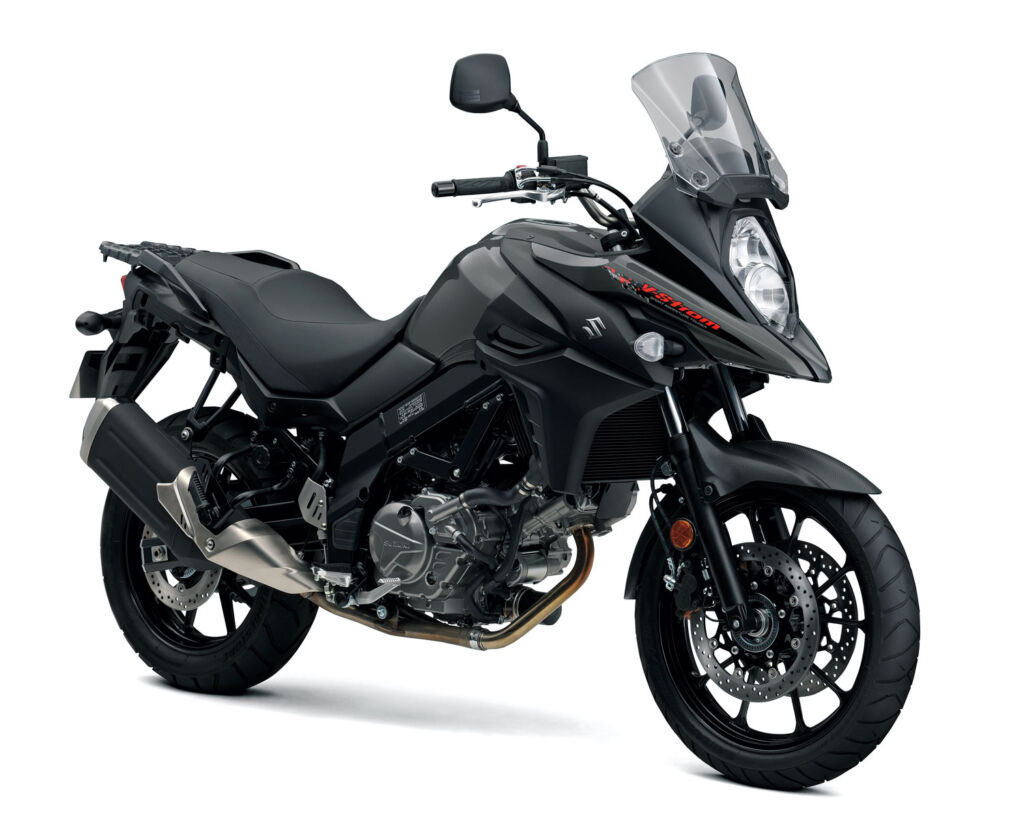 One thing I look for in a bike now is comfort as my ageing body creeks and strains I must have good legroom, well-positioned handlebars along with a well-padded and shaped seat. The Vstorm 650 has all three combined with its excellent suspension to dampen harsh road surfaces. 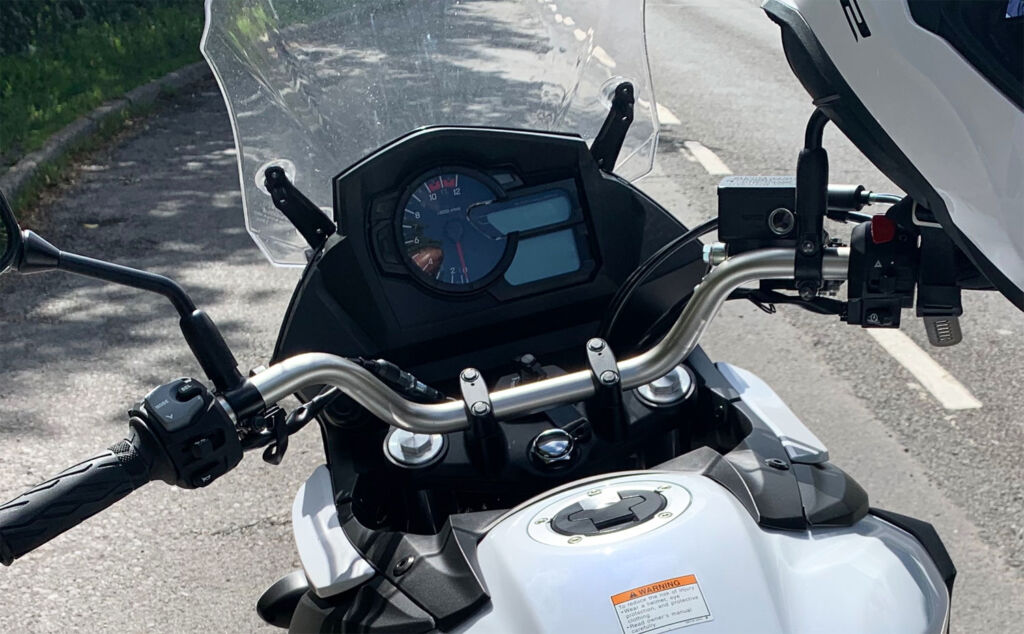 These components allow for extended riding without fatigue, making riding so much more pleasurable. Suzuki has given the Vstorm a slimmer 20L fuel tank which along with the excellent mpg you can get from the 650cc engine allows you to travel longer distances and periods with fewer stops.

As I was riding and covering the miles, I thought cruise control would be a benefit to have, especially for that more extended adventure the bike is aimed at. I would also like heated grips and seat fitted as standard. However, heated grips are an option and well worth the £300 price, for using all year round in all types of weather. 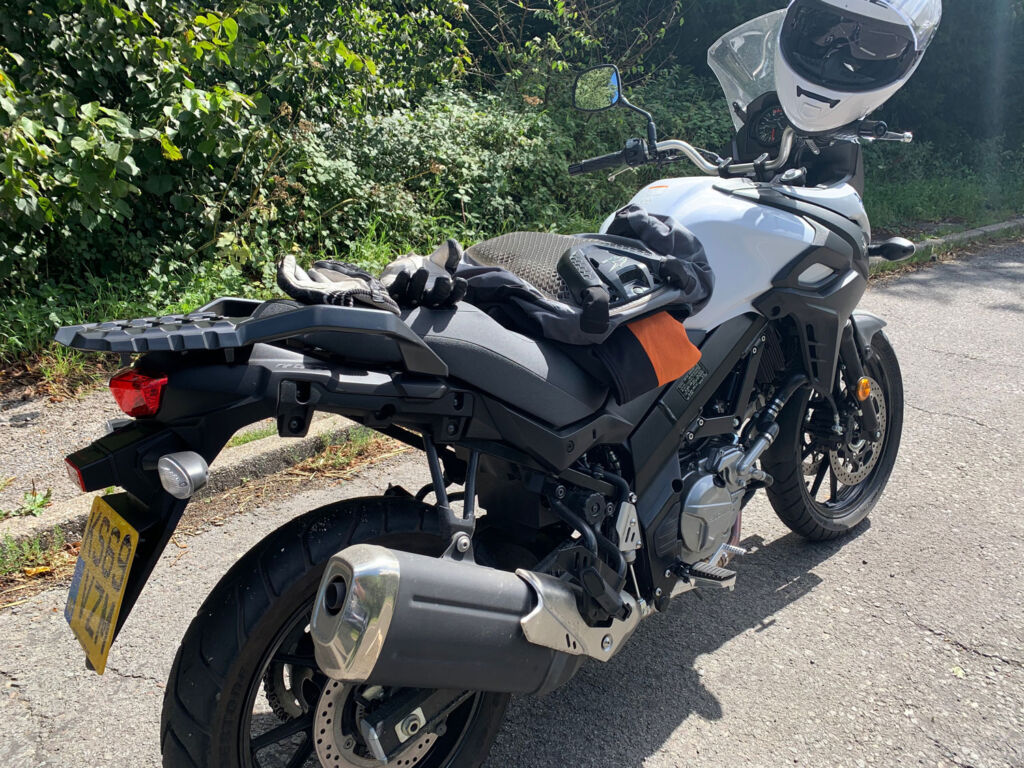 The V-Strom 650 is fitted with a high specification traction control system. This system continuously monitors the front and rear wheel speeds, throttle position, crank position, and gear position with various sensors. It controls the engine output by managing the ignition timing and air delivery.

The system can be switched to either of two modes or off. Mode one allows modest rear wheel spin for more advanced, exhilarating riding. In contrast, mode two activates traction control at the slightest loss of rear-wheel grip to give you greater confidence on slippery surfaces or in the rain. The choice of modes can be quickly and easily made by selecting the traction control mode from the left switch cluster and confirming it with a glance at the instruments.

The headlight plays a large part in the design look of the Vstorm 650 as it takes its heritage from the Suzuki DR Dirt Bike range of the 1980s. The high and low beam of the headlight is in a compact vertical configuration and realise brightness equivalent to the previous twin headlight.

In contrast, when on high beam, both low and high bulbs illuminate providing a broader lit up area. The newly featured LED tail lamp, also in kin with its bigger brother, has high visibility and contributes to weight savings.

The Suzuki is one of the most capable machines I have ridden. Whether a short hop to the shops which I found myself doing because I enjoyed riding the Vstorm so much or a long-distance road trip, the bike tackled everything asked of it.

I liked the lightness of it as I could easily manoeuvre the Vstorm around my forecourt and into my garage. My BMW Tourer is heavier and larger, which is starting to become an issue as space in the garage lessens. One of the most comfortable bikes I have ridden. Handlebars are just right, so no strain is placed on the wrists. 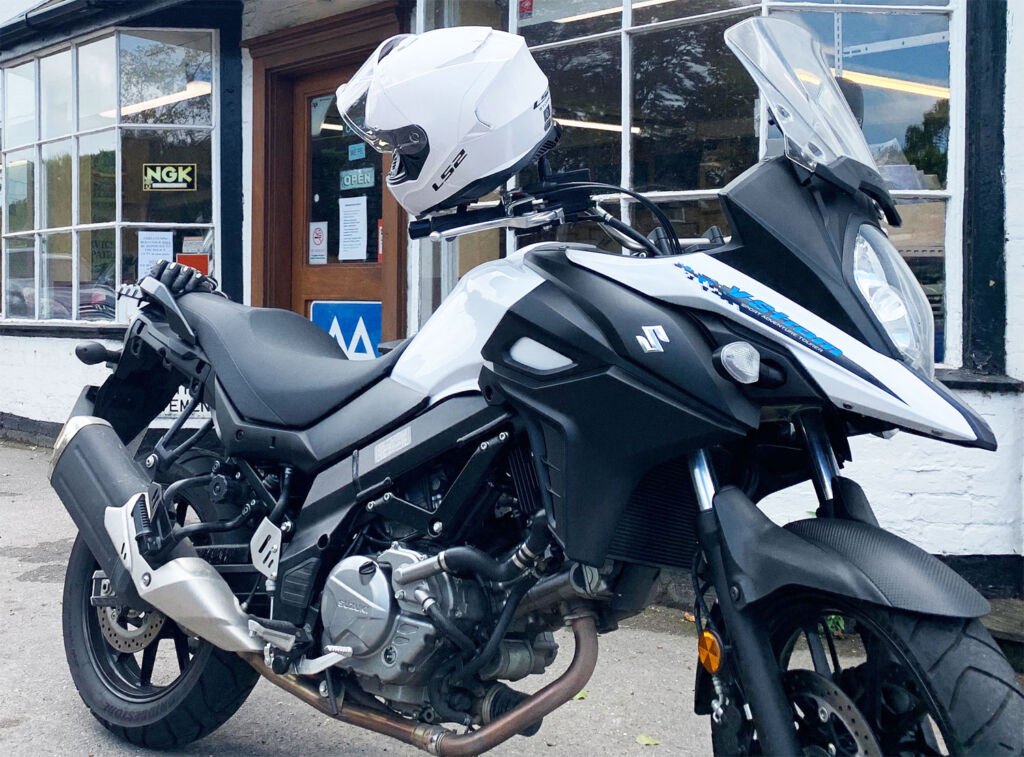 The seat is perfect, after two hours of riding my bum was not numb or painful, which is a real plus when riding long distances. The Vstorm 650 is, fast, comfortable, agile and practical, also superb value for money.

For more information on the Vstorm 650 and the other motorcycles, options and packages currently available, visit https://bikes.suzuki.co.uk.

In the West, Tesla Leads the Way in EV Social Media Discussions in Q1 2022