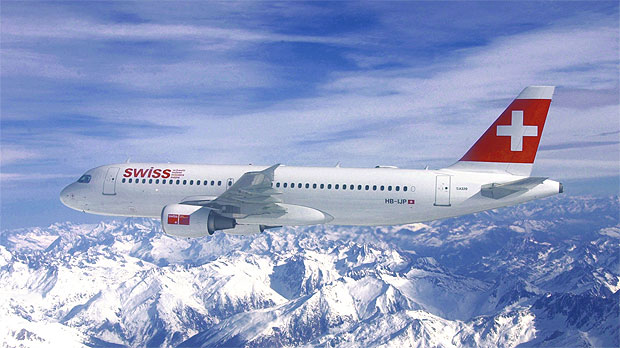 Swiss International Air Lines will be introducing “SWISS Traditions”, a new culinary concept for its Business Class passengers on European services, on 22 February. The new programme of inflight fare is centred on a series of classic Swiss dishes, which will be supplemented by further delights associated with particular Swiss traditions and cultural events.

SWISS, the airline of Switzerland, will be putting an even stronger emphasis on its home country’s culinary heritage from 22 February onwards. In future, Business Class travellers on SWISS’s European services will be offered classic and popular Swiss dishes that are prepared from original recipes using quality regional ingredients, such as a typical mushroom risotto of Canton Ticino or a Bündnerplatte featuring Canton Grisons’ famous air-dried beef.

In addition to these classic Swiss dishes, SWISS guests will be treated to a range of further inflight delights that have their origins in well-known Swiss national and cultural events. Every eight weeks, the carrier will feature a new event of this kind on selected flights. The cycle will begin with February’s focus on Basel’s loud and colourful “Fasnacht” carnival, for which inflight guests will be offered such local specialities as Basler Mehlsuppe (flour soup), Käsekuchen (cheese tart) and Basler Läckerli mousse.

The April focus will be on Zurich’s annual “Sechseläuten”, while the summer special will showcase the Cantonal Yodelling Festival and the Wrestling Festival. For the second half of 2012 the new programme will celebrate such cultural highlights as the “Castagnata” in Ascona and Geneva’s “Escalade”. Each event will be marked inflight with typical culinary fare, along with appropriate illustrations and an accompanying brochure.

The new “SWISS Traditions” concept will complement the existing and popular “SWISS Taste of Switzerland” inflight culinary programme, which will now be restricted to First and Business Class on long-haul flights from Switzerland.