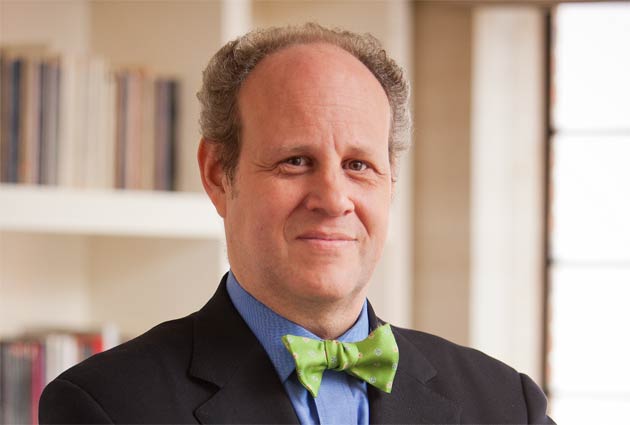 For more than two decades, Steven Grotell has designed fine jewellery and timepieces for many of the world’s most renowned luxury brands and global retailers.

Long recognized as one of the watch and jewellery industry’s most influential and prolific talents, Grotell also works with a loyal list of international clients on private design commissions. 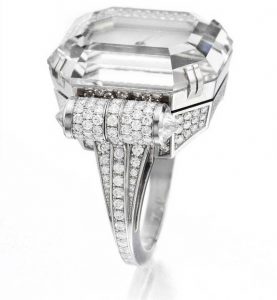 His evolution as a designer is rooted in the study of architecture. Grotell holds degrees in both architecture and industrial design from Pratt Institute in New York and attended the American Academy in Rome. While in Rome, the confluence between design and industrial processes inspired his focus on smaller objects such as watches and fine jewellery, and he directed his attention to the melding of enduring hand craftsmanship with the most sophisticated production technology. He subsequently studied jewellery design at Fashion Institute of Technology in New York and launched his career.

In 1990, while working on a new retail innovation for Giorgio Armani, Grotell was charged with the creation of a timepiece collection for Armani’s A | X stores. It was this collaboration that resulted in the founding of Grotell Design, Inc. a year later. By applying the insight Grotell honed as an architect to interpret and translate a client’s vision into three-dimensional form, Grotell quickly emerged as the preferred designer among the most discerning fine jewellery and timepiece brands. 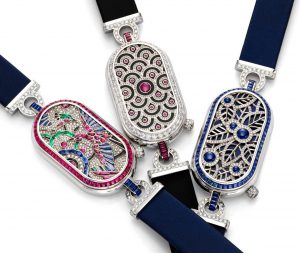 In 2000, Grotell began creating and designing for Tiffany & Co., spearheading the re-launch of their international fine watch category. Over ten years, their collaboration yielded more than 150 new products, among them several of the world’s most important grand complications and gem set timepieces ever to be produced.

After years of working on behalf of other brands, Grotell has finally launched his own collection of fine timepieces for women, Poetic Time. Dedicated to singular handcrafted timepieces, Poetic Time designs will be available exclusively at his new atelier on Manhattan’s Madison Avenue.

Based on the belief that within every woman, there is a place filled with passion, creativity and self-confidence each one-of-a-kind design rests upon a foundation of extraordinary rarity, high intrinsic value and artisanal craftsmanship.

Morris’s work blurred the line between art and craft. To live in a “Morris” house would be to be surrounded by hand-made items of beauty and functionality. Morris rejected the common, the mass-produced, the tacky (he would have called it the shoddy). He revived old crafts and traditions, often immersing himself in historical texts or seeking out craftsmen from whom he could learn dying arts, be they weaving, stained glass, dyeing, embroidery, metalwork, or printing. 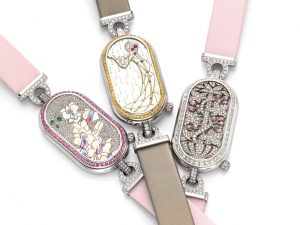 As the challenges of the industrial age spread to every field of human endeavour, a parade of bold innovators who shaped the world, as they have shaped my own thinking, followed him: Frank Lloyd Wright, the visionary educators of the German Bauhaus, the American industrial designers Raymond Loewy and Henry Dreyfuss, the team of Ray and Charles Eames.

What they all shared was optimism, an openness to experimentation, a love of storytelling, a need to collaborate, and an instinct to think with their hands—to build, to prototype, and to communicate complex ideas with masterful simplicity. They didn’t just do design; they lived design. They were creative innovators that bridged the chasm between thinking and doing.

PG: The move from architecture to jewellery design, was this borne out of a pre-existing passion of was it part of natural progression given the clients and industry you were working with?

SG: I remember as a child going with my father on several occasions to the studio and workshop of legendary architect and designer Geroge Nakashima in New Hope, Pennsylvania and watching Nakashima sketch with a big piece of white chalk on magnificent slabs of black walnut, which were ultimately turned into his iconic furniture designs. There was something authoritative and powerful yet memorably Zen-like about the conviction of his gestures. Whatever it was, it was unforgettable and ultimately let to the pursuit of architecture and industrial design academically and professionally.

As a young architect working in Manhattan I fell into the world of retail architecture and worked on design projects for some of the most important figures in the world of fashion related retailing.

However, at one point it occurred to me that what I really liked about the world of retail architecture wasn’t so much the architecture as it was the products that were being displayed and celebrated. 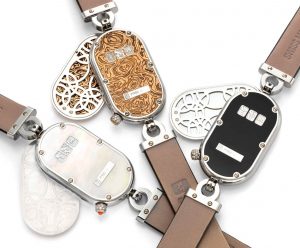 Coincidently, my first exposure to fine jewellery came at just about at the same time. I was introduced to the world of watches and fine jewellery by the woman who has been my wife for the past 25 years.  My wife Varda grew up in Rome and later worked for her family’s business that specialized n fine pearls and estate jewellery.

Before meeting her I had never really taken notice of jewellery, precious materials or thought very much about the concept of personal adornment. However, after being exposed through her to important signed pieces from houses like Cartier, Van Cleef & Arpels and La Cloche Freres or individual pieces by jewellers like Flato or Verdura I was hooked.

At the end of the day, it occurred to me that the work was nothing less than miniature architecture. While the scale is incredibly different, the human and ergonometric factors are remarkably similar as is the deep regard for historical precedent, material and industrial process.

Armed with this new passion, I approached one of my clients in the fashion related retail world and proposed that we needed to design and produce a collection of watches under his name for the opening of the new retail concept and store. He agreed and the rest is history.

PG: What was the first piece of jewellery/time piece that you created that you truly felt was your own?

SG: It wasn’t until just before the birth of our first child in 1990 that I decided to design and produce my first piece of jewellery. A one-of-a-kind design as a gift for all that she had experienced during her pregnancy and all that the birth of our first child represented to both of us. Without any previous experience designing or producing a piece of jewellery I came up with an idea for a ring based around a small but exceptional intense fancy blue diamond. (Yes, our first child was a boy) The diamond was mounted sideways within a square shank measuring only 1.20 millimetres on each side and then set with micro pave diamonds on each of the three visible surfaces.

Every artisan to whom I showed the design came back saying “impossible” the metal would be reduced to Swiss cheese and would ultimately have no structural integrity. However, the more I dove into the design fuelled by the notion “if you can draw it you can build it” I came up with a solution that would allow the gem setters to maintain the design intent without compromising the structural integrity of the platinum.

Part two of the Steven Grotell Interview will appear between Christmas and the New Year.