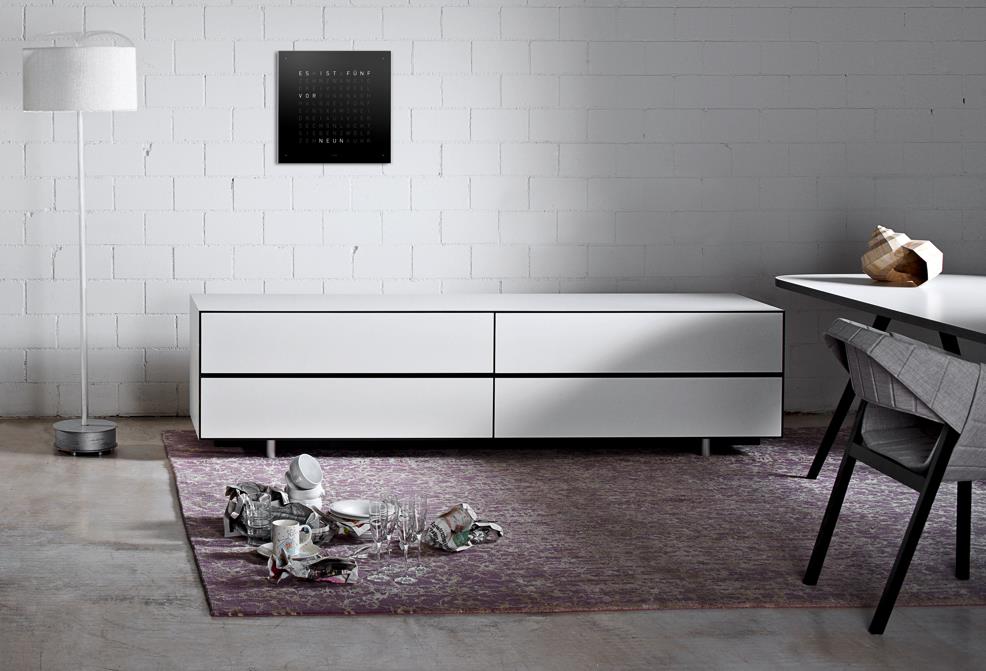 Biegert & Funk’s extraordinary QLOCKTWO has no hands, no digits, and tells the time using words in any one of 20 languages

Genuine breakthroughs in the world of clocks and watches are phenomenally few and far between. First, there was the sundial – a fair-weather friend if ever there was one – then the mechanical clock, followed by the portable carriage clock, the pocket watch, the wristwatch, and the digital watch.

Everything else, however technologically or aesthetically interesting, is merely a derivative. Which makes the achievement of two German designers, Andreas Funk and Marco Biegert, all the more remarkable.

For they have come up with something entirely new – as groundbreaking in its way as the digital watch was for those of us who were there in the Seventies – and, like the best of inventions, it falls into the “why didn’t I think of that?” category.

But we didn’t, and they did.

Their idea was to tell the time in words. Just like the Speaking Clock, but visually. I’d never heard of such a thing until I was following a cameraman through the Royal Arcade in Mayfair, London while filming a video about the bespoke suitcase I was about to collect from Globe-Trotter in Albemarle Street.

To the cameraman’s frustration, I caught sight of something out of the corner of my eye and stopped dead in my tracks, entirely ruining the shot. But I was prepared to risk my credentials as a TV presenter to take a closer look.

On the wall of a shop in the arcade, there were three clocks – all in different colours and all telling the time, in words, in different languages.

I Googled “time in words” from my iPhone and discovered the clock was called QLOCKTWO and made by a German company called Biegert & Funk.

Anything with such a wow-factor that it could stop me in my tracks in the middle of filming was unquestionably very Luxurious Magazine, so I ordered one on the spot.

It arrived, packed as beautifully as an Apple product, and looked just as eye-catching as it had in the arcade.

Messrs Biegert and Funk may well have been looking at a word-square in a puzzle book when they came up with the idea, because the QLOCKTWO (pronounced “Clock Two”) consists of a matrix of 110 letters in what appears to be a random arrangement.

The moment the device is switched on, white LEDs behind each letter light up to show the time in words in five-minute intervals. 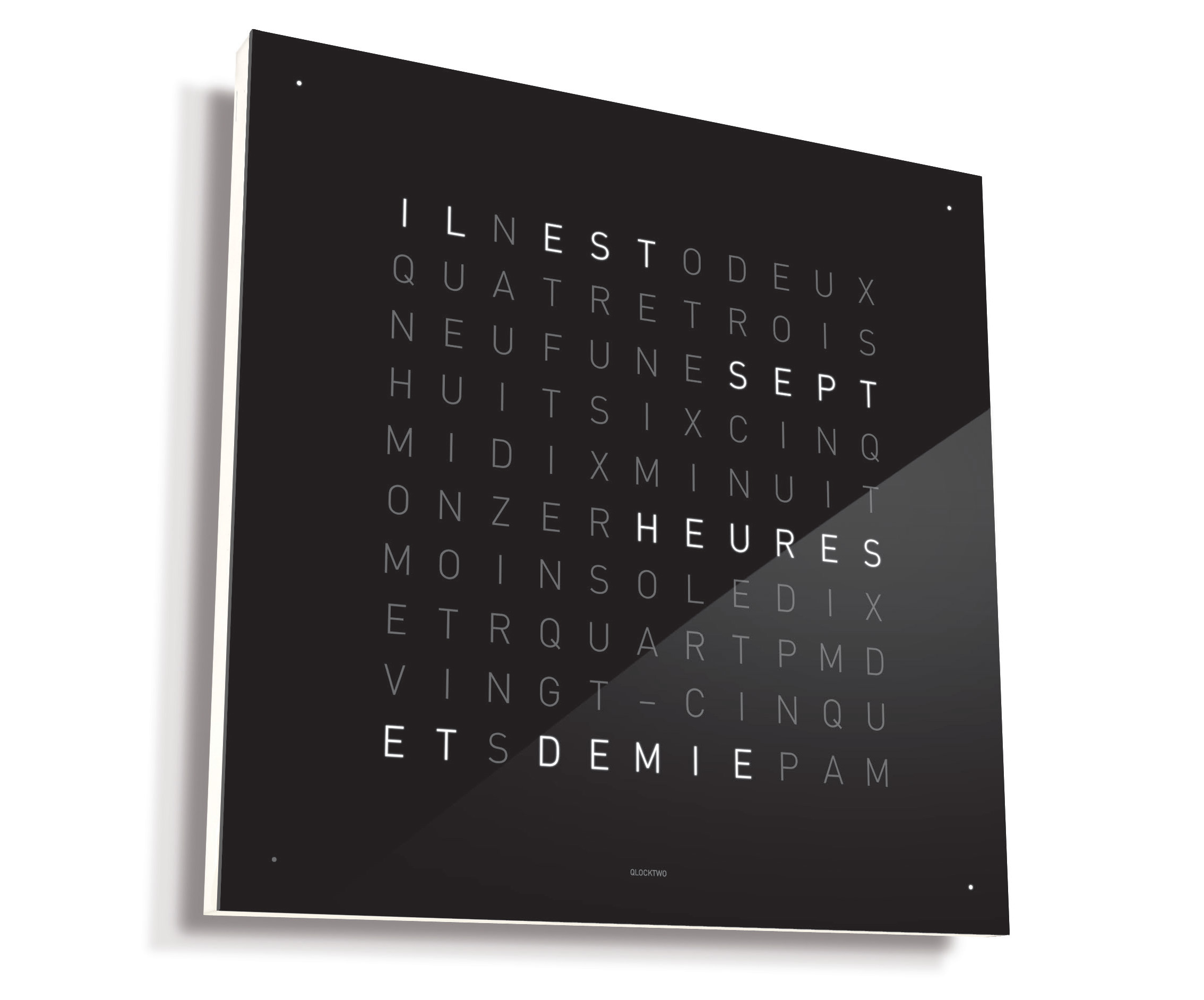 Ha, I thought, it’s all very well having the time to the nearest five minutes, but we do expect a little better than that these days. And, of course, Messrs Biegert and Funk had thought of it. There are four white LED dots at each corner which light up as each intervening minute arrives, so you can see that it’s “Sept heures et demie” but know that it’s actually 7.39 because all four dots are lit up.

An absolutely original and ingenious product that has already won four prestigious design awards and will intrigue everyone who sees it, the QLOCKTWO comes in several sizes (all square) – 45cm, 90cm, or 500cm (if you happen to own a railway station) plus a tabletop model.

There are wristwatches, too, that allow you to impress your friends without having to lug a wall-clock around – and if you want to know if a QLOCKTWO is worth the money in either form, the look on the face of anyone seeing them for the first time will provide the answer.