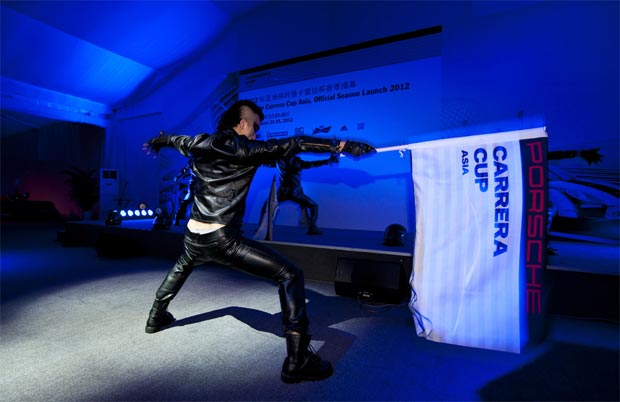 The Porsche Carrera Cup Asia, the region’s premier one-make racing series, is gearing up for its tenth triumphant season with an official pre-season test at China’s Zhuhai International Circuit this weekend. The series makes motorsport history with its most prestigious and exciting entry list ever, the addition of a new partner Budweiser, new teams and drivers joining series veterans, and a schedule of races which spans the entire region. The 2012 season is poised to be the best yet.

The Porsche Carrera Cup Asia gets season preparations underway with a 27-car entry that brings together international professionals and the best-of-the-best amongst ambitious up-and-coming talent from China and all over Asia. Drivers will compete in identical Porsche 911 GT3 Cup cars across 11 rounds on five challenging circuits which range from Inner Mongolia to Singapore.

With the season proper getting underway as part of the 2012 FORMULA 1 UBS CHINESE GRAND PRIX in Shanghai in April, this weekend’s test in Zhuhai marks the start of a season that will tour Asia’s most preeminent race tracks. The series will be part of two China Touring Car Championship meetings: The first is in Zhuhai in June, with the second at the Ordos International Circuit in Inner Mongolia in July. The Porsche Carrera Cup Asia then descends upon Malaysia’s Sepang International Circuit, where it will join the Merdeka Millennium Endurance weekend for the first time in its ten-season history. In September, the series returns to Singapore and the Marina Bay street circuit for the 2012 FORMULA 1 SINGTEL SINGAPORE GRAND PRIX weekend. 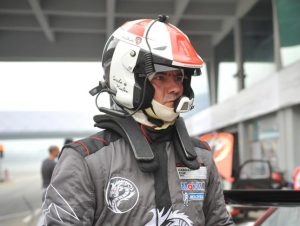 The 2012 season comes to a close in November with another first: The grand finale will be held as part of the newly-founded Shanghai Sportscar Festival.

As the region’s premier sportscar championship cements its status as the most competitive and sought-after series in Asia, as well as attracting a new partner, new drivers and teams continue to join its ranks.

The 2012 line-up will see the series debut of former Formula 1 test and reserve driver Ho-Pin Tung, who enters for Budweiser as part of the championship-winning Team StarChase. Alongside Tung on the team is 24-year-old Alexandre Imperatori of Switzerland – who, in his series debut last year, won an impressive eight of his ten races – and is entered in the PICC-backed StarChase Porsche.

Reigning champion and two-time Macau GT Cup winner Keita Sawa of Japan – representing LKM Racing Team – returns to defend his title as the man to beat. Meanwhile, Rodolfo Avila of Macau, who finished the 2011 season just one championship point behind Sawa, comes back with the title-winning Team Jebsen to again challenge for the number one spot. Competing for the overall title in 2012 is Team Betterlife’s Wang Jian Wei of China. Wang took home the Class B championship in his debut season last year, and will prove a force to contend with as he guns for overall honours, this time racing against the professionals.

Team Betterlife enters a second car, for Li Chao of China, while popular motorsport veteran Ringo Chong of Team Kangshun returns for his sixth season with the Porsche Carrera Cup Asia. Rose Tan, the series’ only female driver, is also back with Team C&D after her encouraging debut season in 2011.

Race instructor Davide Rizzo will build on his astonishing racing debut in 2011, when he took five Class B victories in eight races, to challenge for the overall title. BBT’s second car will be driven by newcomer Zheng Ting of China entered in Class B.