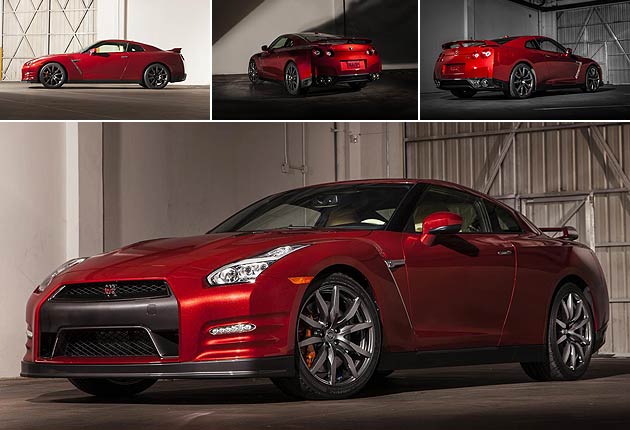 How do you take something already considered to be great and make it even better? This is the quandry that motor manufacturer Nissan constantly faces with the incredible GT-R.

The Nissan GT-R is one of those cars that became an icon long before the current suited variations of it become available, the evolution from the original Skylines have been breathtaking, resulting in a car with supercar performance that in comparative terms appears exceptional value for money. Nissan, quite rightly believe that evolution should never stop for the GT-R. Nissans iconic sports car brings a refreshed vision of innovation that excites with the introduction of the 2015 (in the U.S.) model offering a new level of sophistication, yet with no compromise in performance.

The 2015 Nissan GT-R offers a smooth ride, more refinement and benchmark fit and finish, it is a car in the spirit of a great GT, while delivering breathtaking performance and road-holding. The multi dimensional performance ensured the driver can enjoy the full depth of the GT-Rs capabilities, whether navigating corners of a winding mountain road, cruising on the highway or even in an urban environment. Adding premium appeal to the exterior and interior design, the 2015 Nissan GT-R delivers sophisticated driving pleasure and is the ultimate embodiment of Nissan’s brand philosophy: Innovation That Excites.

A few of the updates
The suspension has been tuned to reduce load fluctuation between the four wheels giving better stability and grip. More constant tyre contact achieved by optimised electronic control of the shocks. Nissan have also paid extra attention to reducing vibrations resulting in reduced road noise. Braking calibration is firmer and the steering fine-tuned making around town maneuvers easier.

For the exterior new high intensity LED headlights have been added, adjustments have also been made to the rear tail light. Upon start up, the full new lighting signature is illuminated, creating a dramatic start-up procedure. Visual appeal is reinforced with the addition of a new body color called Gold Flake Red Pearl. As its name suggests, there are microscopic gold-tinted glass flakes infused into the red paint, creating a spectacular effect in the deep, lustrous paint as the light catches the finish. Three interior color schemes including a new pale ivory trim option are available. The steering wheel is trimmed in leather, for premium tactility, while the part-aniline leather seats are further embellished with stitched accents, giving the ambience of a genuine GT designed for cross-continental, first-class travel. Due to the large number of improvements, we only picked a few to provide a ‘flavour’.

The sales of Nissan GT-R begin in Japan on December 2, to be followed by sales at Nissan dealerships in other markets worldwide.