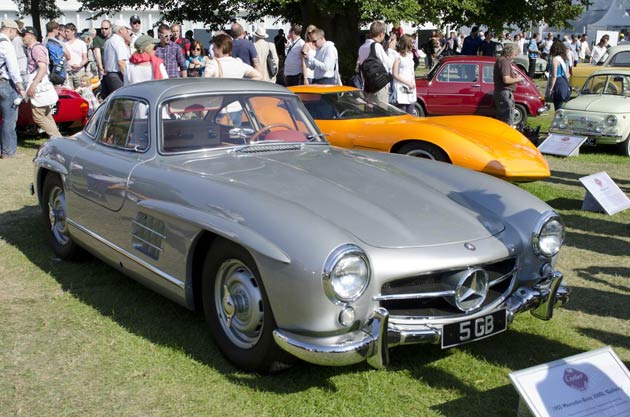 At this year’s Goodwood Festival of Speed (28 June – 1 July) the annual vehicle display along the famous ‘Walk of Fame’ red carpet, leading up to the Black Rock Drivers’ Club, will celebrate the diamond jubilee of the popular Mercedes-Benz SL.

The origins of the Mercedes-Benz SL sports car family date back 60 years to 1952, when Daimler-Benz AG entered three of the newly developed, futuristically designed Mercedes-Benz 300SL racing sports coupés with distinctive ‘gullwing’ doors in the arduous Le Mans 24 Hours race, following their remarkable second place finish of their debut in the Mille Miglia earlier that year.

In 1954, Mercedes began production of the now famous gull-wing 300SL, the model designation derived from the German Super Leicht, or Super Lightweight. The gull-wing was joined by the first SL roadster model in 1955 – the more affordable 190SL – with the exotic convertible 300 SL appearing in 1957.

In 1963 the stylish ‘Pagoda’ SL models (code named W113) were launched, initially as the 230SL, to be later joined by the 250SL and 280SL models.  These were replaced in 1971 by the long-running R107 SL models, which remained in production until 1989.  The fourth-generation SL (R129) of 1989 was the mainstay of Mercedes-Benz two-seater roadster production throughout the 1990s, being replaced by the R230 fifth-generation model in 2002.  This model remained in its 2008 face lift form until the release earlier this year of the very latest SL, the brand-new R231 model range.

A representation of each of the six generations of the Mercedes-Benz SL will line the Black Rock Drivers’ Club walkway to form a historic backdrop of this most famous of all sporting Mercedes models. 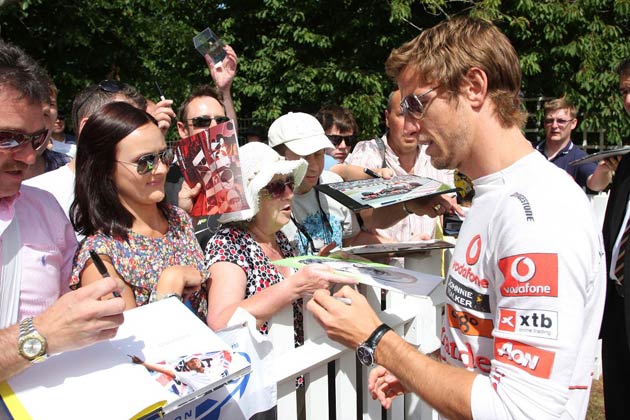 All of the drivers and riders participating in this summer’s Festival of Speed will appear on the walkway leading into the exclusive Black Rock Drivers’ Club throughout the event, giving Festival goers and fans the rare opportunity to see their heroes up close, and possibly even have a word or two with them too!

The exclusive Festival of Speed Drivers’ Club is supported by BlackRock; one of the world’s leading asset management companies, delivering investment management, risk management and advisory services to institutional, intermediary and individual investors on a global basis.