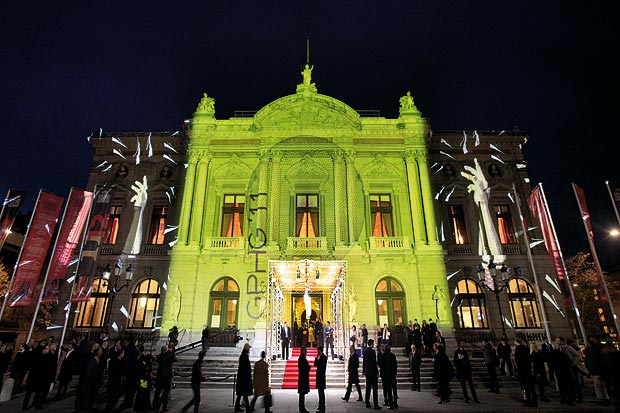 Audemars Piguet Millenary 4101 watch has been awarded the first prize in the « Prix du Public » category at the 2011 edition of the Grand Prix d’Horlogerie.

In an evening hosted at the glorious settings of the Grand Théâtre de Genève, Audemars Piguet received a distinction on a contemporary piece of its collection and fine example of craftsmanship by extracting the mechanism from the cavity of its case to reveal it in all its splendour from the top of the case. 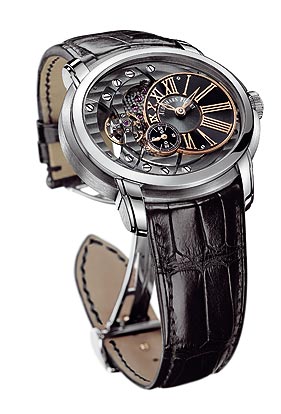 The Millenary 4101 watch is a masterful creation that not only oozes sophistication and style but also celebrates the ingenuity and craftsmanship of the highly skilled watchmakers in Le Brassus. Calibre 4101, entirely designed, developed and produced in-house, the Millenary 4101 watch was built in such a way that the elements normally concealed on the back are now visible from the front. The regulating organ – composed of the balance, lever and escapement – has been reworked in order to meet this goal. It is located at 9 o’clock and offers a truly eye-catching sight. Its variable-inertia balance asserts a powerful presence with its eight inertia-blocks, its golden colour and the distinctive aesthetic of its cross-through bridge. The discerning eye will even detect the lever and the escape-wheel. Merging functionality and design of the Millenary 4101 watch inside and outside, form a seamless whole that allow its owner to be able to admire the beating movement from the top.

On collecting the prize on behalf of the brand, Mr. Philippe Merk, CEO of Audemars Piguet said, ‘it is my great honour to receive this prize from the Millenary 4101 watch on behalf of Audemars Piguet;’ and continues, `Audemars’ Piguet spirit of independence, excellence and long tradition of meticulous and fine watchmaking are being celebrated. This is an attestation that the brand does not resume with our emblematic Royal Oak but is forever evolving and continues its tradition of excellence. ’