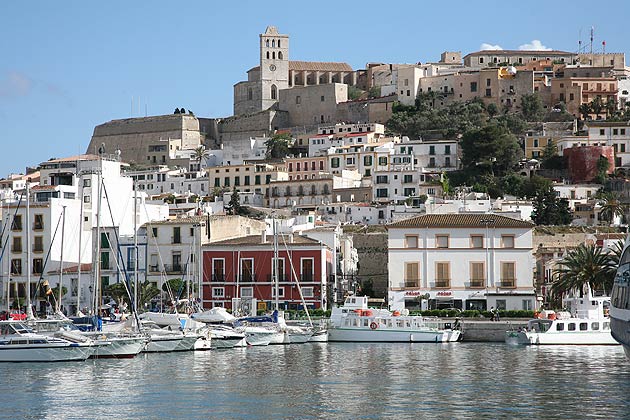 Glynn Evans, Managing Director of Ibiza Sotheby’s International Realty, selling agent for Palacio Bardaji, comments, “The mother and son team behind this impressive renovation worked tirelessly to bring this palace back to its former character and spirit, without turning it into a museum, and added some distinctive 21st century styling and conveniences along the way. Not only was the rebuild costly and time-consuming, works started in 2007 and finished in 2011, it also had to conform to strict guidelines laid down by Ibiza’s Dalt Vila, or High Town, and UNESCO who has been preserving the authenticity of this medieval skyline since 1999. This Award, presented in association with Rolls-Royce Motor Cars, is a real pat on the back for a mammoth undertaking well done, and we couldn’t be more proud to beat off stiff competition from across the rest of Spain.” 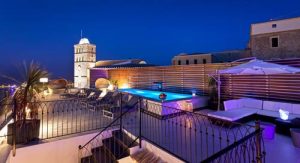 When the current owners took on Palacio Bardaji back in 2006, the 1742-built home had taken on a rather unique use as a workshop for a 74-year-year-old-man to fix up radios and televisions. He had divided the near 1,000m² of floorspace into a series of small rooms, none of which he actually lived in, and it didn’t look like a palace at all – he effectively had a 9.5 million euro workshop. The floorplan had to be completely reworked, 80% of the ceilings made again from new, and at times the building was open to the sky – all three storeys-worth. Local law prohibited construction in the high season, add to this tight working space, nowhere to site a crane, and a narrow truck having to deliver building materials and remove waste up and down the streets of Dalt Vila, and it’s possible to imagine the challenges of this massive renovation.

Glynn continues, “The Palace is now for sale, and is likely to suit a highly aesthetic person, someone with taste and interest in both design and history. Veronica Etro from 1968-established Italian Fashion House Etro, lives just across the way in Dalt Vila, and I can imagine someone of her background finding Palacio Bardaji very interesting. In essence, this residence suits someone who requires privacy and a certain amount of security. They will also most probably have their superyacht anchored in Ibiza Marina just in front.”

Ibiza Sotheby’s International Realty, together with Palacio Bardaji’s owners and restorers, received the ‘Best Property Single Unit’ Spain award at a black-tie dinner at the London Marriott Hotel in Grosvenor Square on Tuesday 14 October. Best-in-business developers, designers, architects and estate agents gathered together with Lord Best from the House of Lords, Stuart Shield, President of The International Property Awards and Bülent Özgül, Chairman of sponsor Metal Yapi, on stage to present. First launched in 1995, the Awards are globally-recognised as a mark of excellence and have a 70-strong expert judging panel. 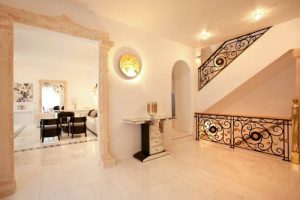 This 1742-built, but completely refurbished, manorial palace is arranged over five floors and set at the heart of Dalt Vila in Ibiza Town, the Island’s capital. It is one of the most interesting properties on the market in the whole of the Balearics.

Access to the property is via a large reception hall with a grand staircase leading to the upper floors. At this ground level is the ancient Phoenician tank viewable through high resistant glass flooring and a wine cellar. Moving up the building there are four en-suite bedrooms, a further master suite with private lounge and dressing room, an imposing high-ceilinged living room, dining room with wooden beams and balcony with views to the Cathedral, kitchen with storage room and pantry, and a cinema room with plush red seating.

The 240m² roof terrace is a highlight with plenty of space for sunbathing and relaxing, a swimming pool with waterfall and LED illumination, an outdoor kitchen and barbecue. The views from here across Ibiza Town, Marina Ibiza, the Mediterranean and the rolling landscapes are exceptional – particularly at night. An independently-accessed apartment with bedroom, bathroom, living room and kitchen, plus staff accommodation (also with independent access), security system, and a closed two-car garage complete this noteworthy home.
Seven bedrooms, Six bathrooms
Built area 950m², Plot size 260m²
Price 9.5 million euros (approx 7.49 million pounds)