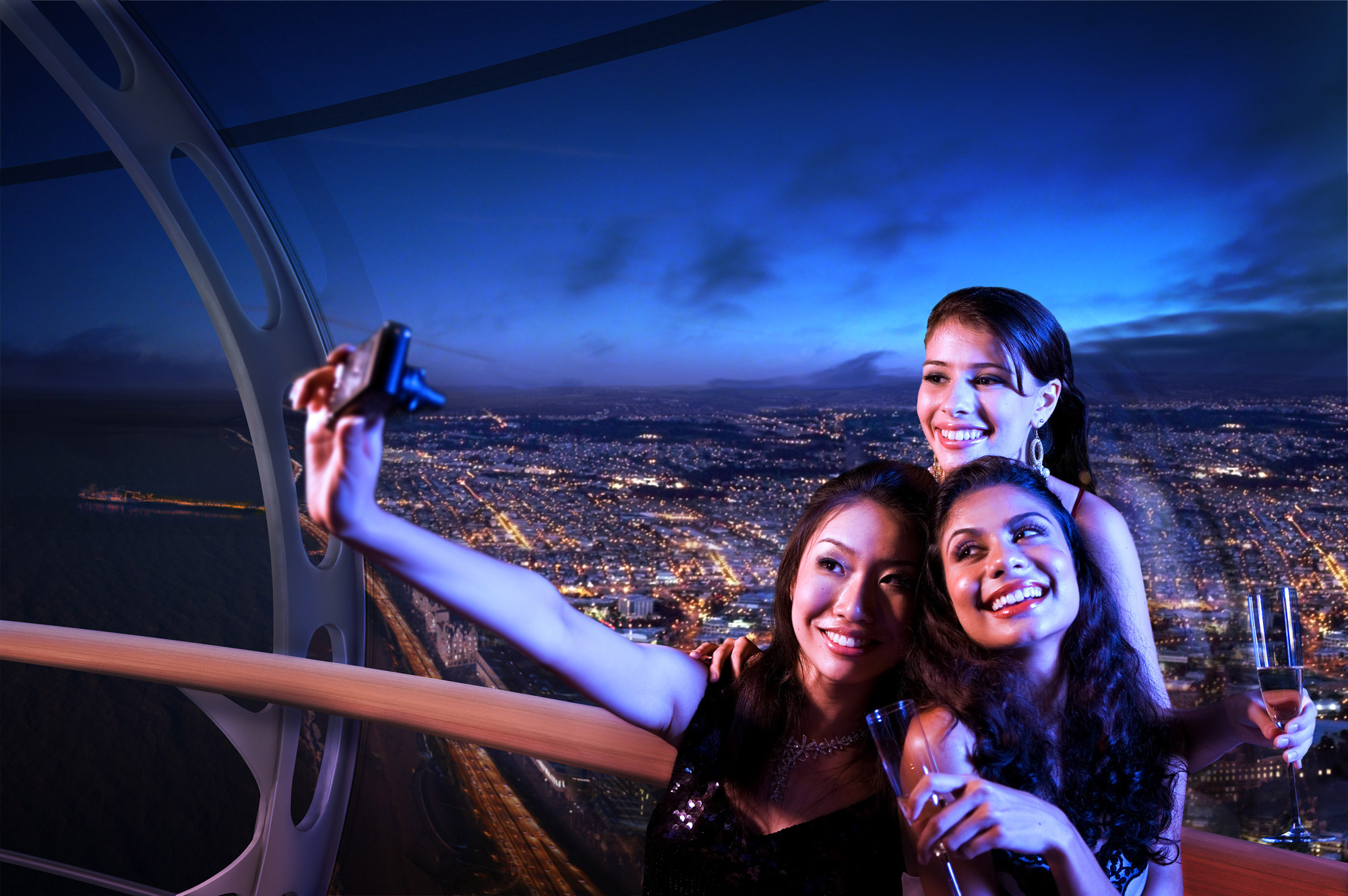 British Airways’ i360 is aiming to be the most exciting party and wedding venue in the UK – and, at 450 feet high, it’s the height of luxury, too.

A party venue that promises to be one of the most prestigious on the planet is taking shape in the English seaside resort of Brighton – a futuristic tower that takes you from sea-level to 450 feet high in a flying-saucerish glass pod.

The i360, named after the 360-degree all-round view you’ll have from the top, will be the Eiffel Tower of the South Coast, a landmark as iconic as The Shard in London, the Space Needle in Seattle, and the Burj Al Arab in Dubai.

And, a mere 194 years since the Prince Regent built the Royal Pavilion in Brighton, the i360 will finally upstage it as the place to see and be. 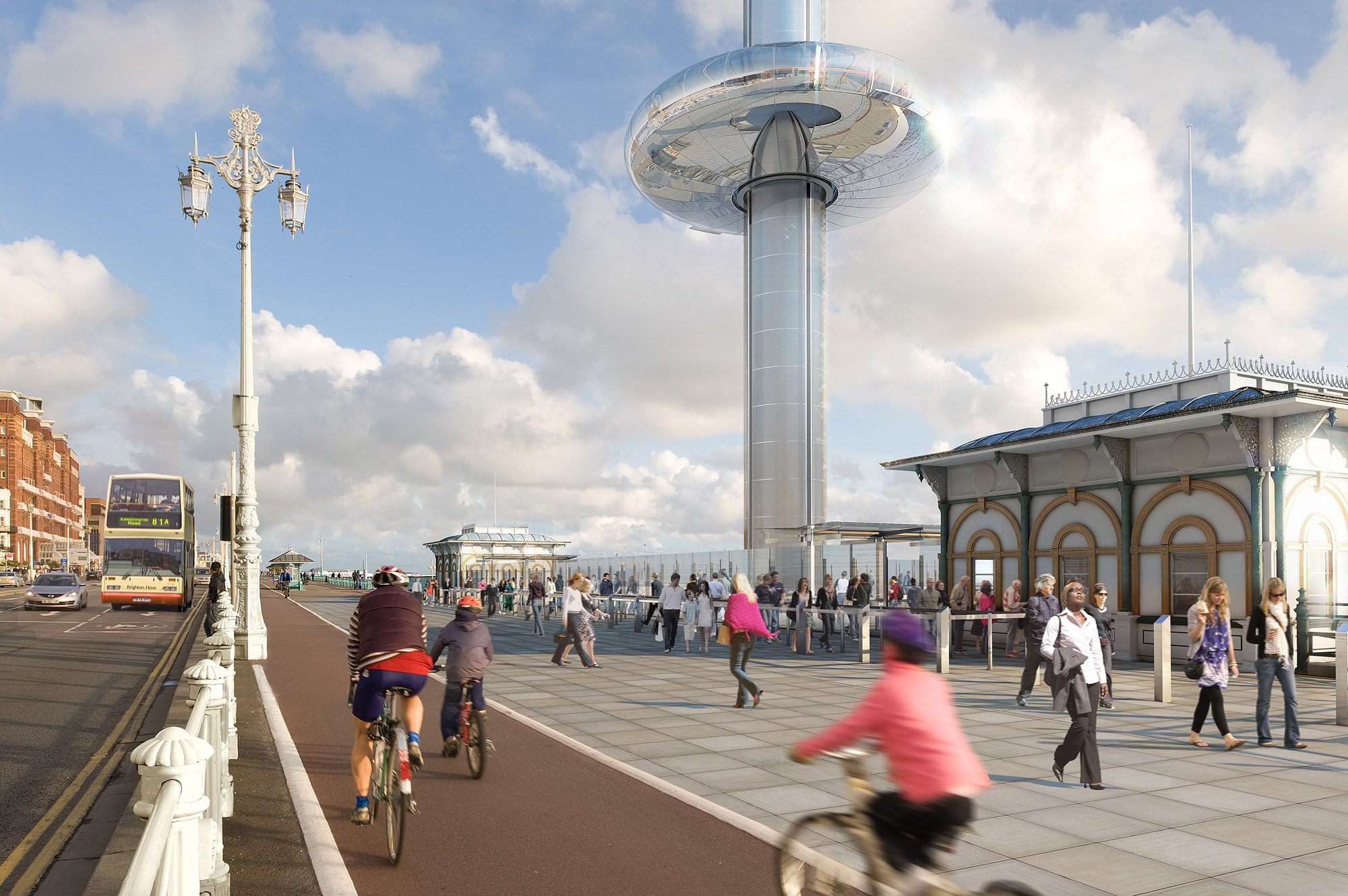 Just as the Royal Pavilion put Brighton on the map with the ultimate seal of approval in the Regency era, the i360 will become a tourist destination in its own right.

But discerning readers of Luxurious Magazine may be more interested in knowing that the British Airways i360 will be available for private parties and weddings with exclusive use of the glamorous glass pod and its Champagne bar.

Heated, air-conditioned and with unrestricted views for 26 miles, the pod can hold up to 192 guests, plus caterers, and has a state-of-the-art sound system and video screens on board.

And, as party and wedding venues go, your guests won’t find themselves crawling round the back-streets of Brighton wondering where it is, for the i360 – like the Eiffel Tower in Paris – is the tallest structure for miles around. 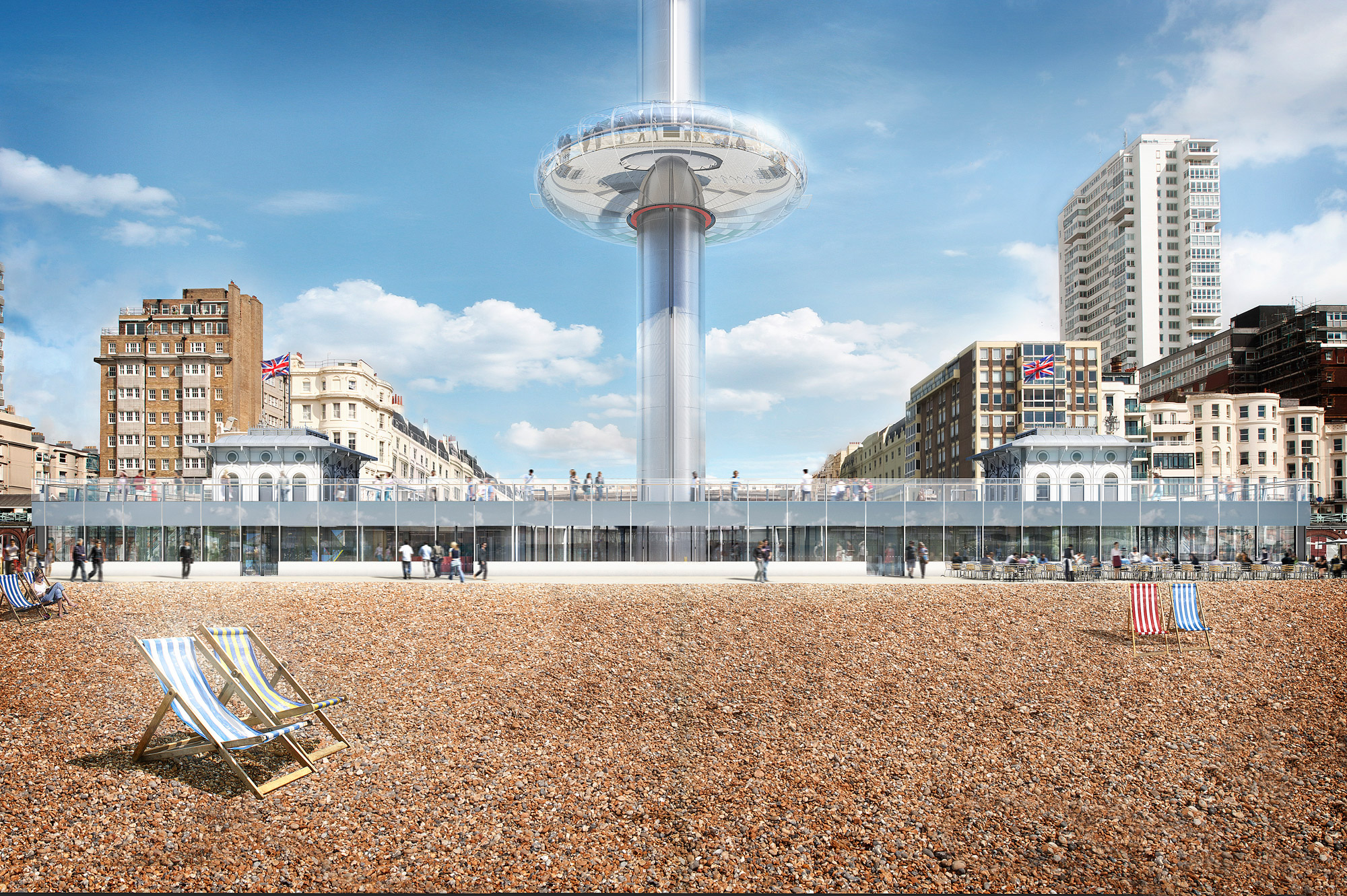 It will be the new focal-point of Brighton, drawing eyes, tourists and revellers away from the other end of the Prom where the pier with its funfair remains a magnet.

The i360 is being built right in front of the romantic, skeletal remains of the old West Pier – victim of successive fires and unforgiving storms – and will inject new life into the original 1866 toll booth buildings onshore.

“We’re following in the spirit of the Royal Pavilion,” i360 CEO Eleanor Harris told Luxurious Magazine. “The i360 is a unique and quirky piece of architecture – outlandish and slightly bonkers, just like the Royal Pavilion was when it was built!”

Asked what she thought the Prince Regent, later King George IV, would have thought of the British Airways i360, she laughed and said: “I’m sure he would like to have brought some of his conquests to it.” 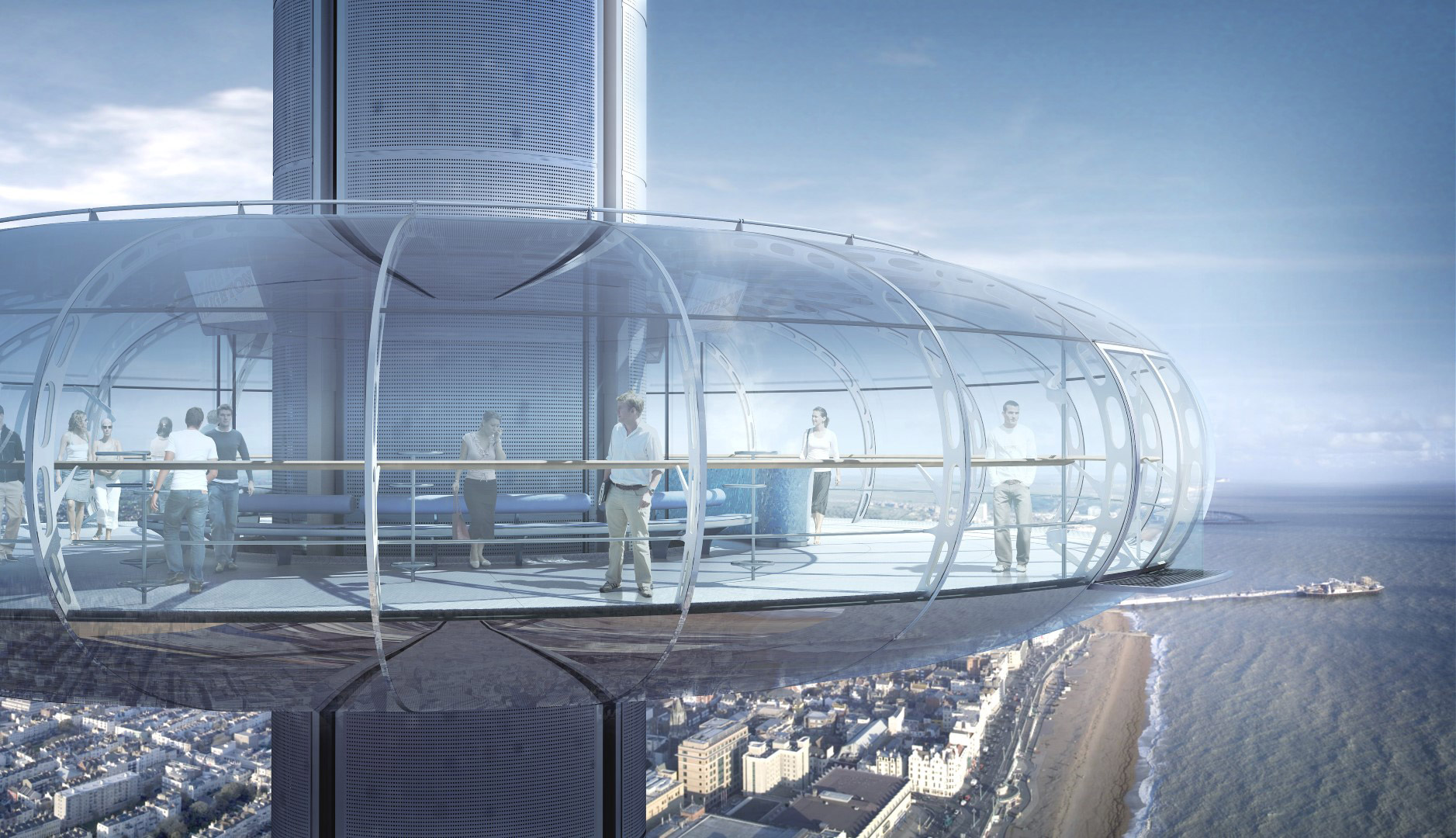 And that’s what many of those who visit the British Airways i360 will be doing, as it will stage Eros flights for those who want to propose, with an optional concierge service worthy of The Ritz, with your favourite photographs on the screens, your choice of music on the sound system, and everything you ask for to make the moment unforgettable.

Eleanor, like the rest of the team behind the i360, was there at the turn of the Millennium when the London Eye ferris wheel was launched, and realises how privileged she is to be in at the birth of two British icons. 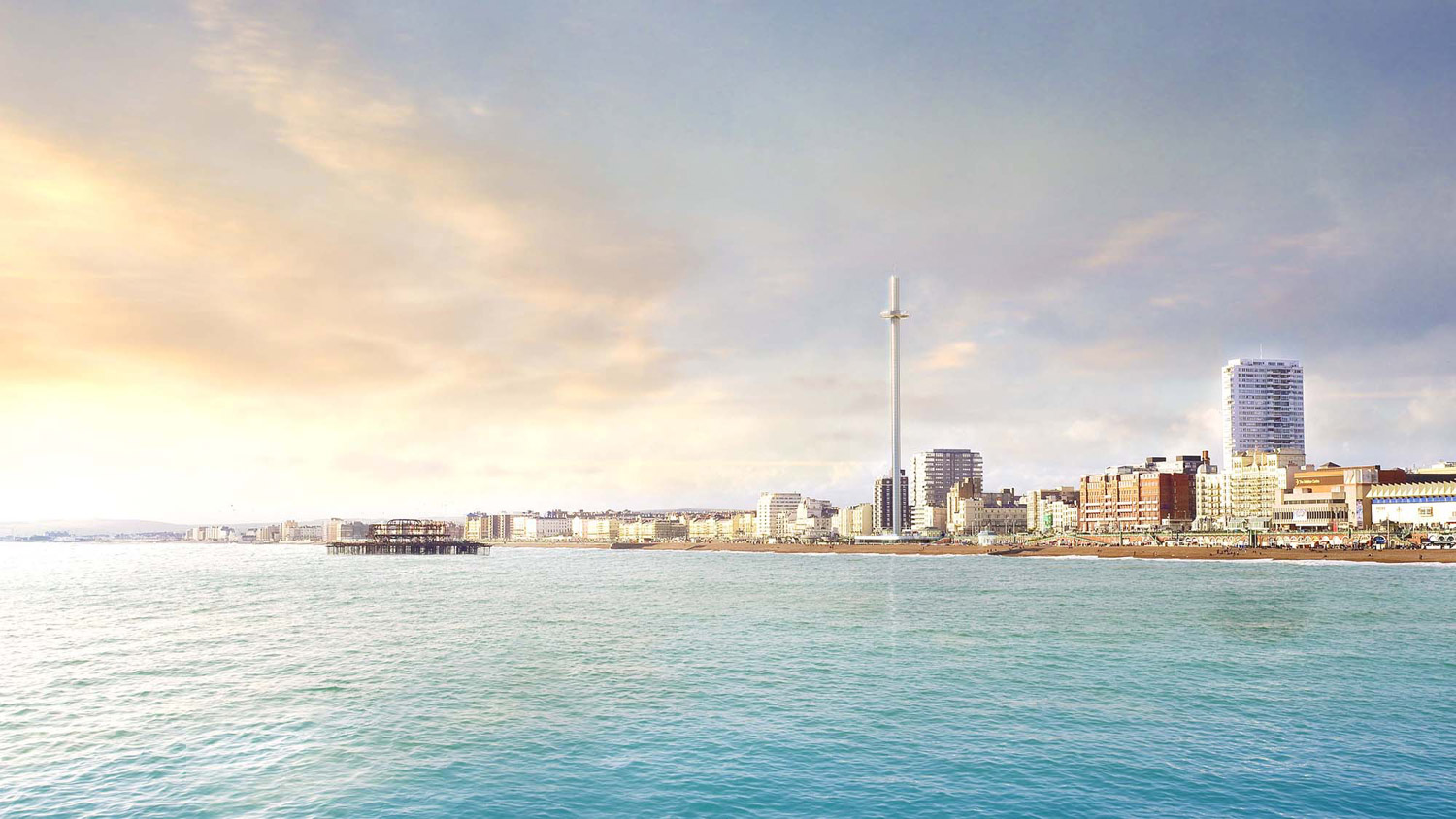 British Airways are keeping details of the Summer launch event and date under wraps, but testing of what is described as the world’s first vertical cable car are about to begin, initially with sandbags to simulate a passenger load, then with the architects and engineers becoming the first humans to try their own creation.

British Airways i360 – Where and how

Watch this space for updates on the British Airways i360’s progress. Meanwhile, you can read more about it at www.britishairwaysi360.com

See more of the British Airways i360 in the gallery below