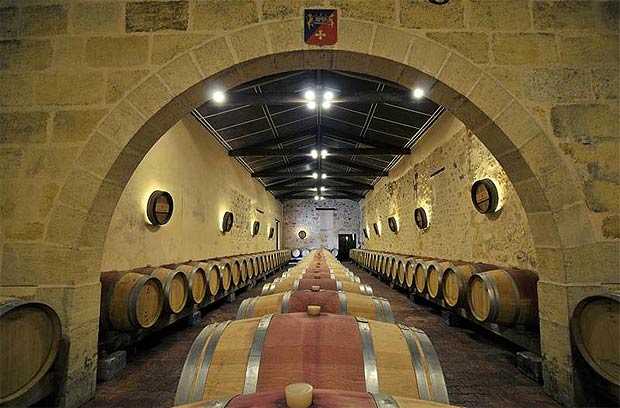 Presiding over a gorgeous countryside setting, Château de Seguin has a history spanning many centuries.

The world-famous city of Bordeaux, considered the wine capital of the world, is located close by with its gorgeous architecture and convenient transport options.

The Château de Seguin vineyard estate is situated on 172 hectares of land of which 93 hectares are planted with vines. The estate’s dominating red wines are produced from Merlot, Cabernet Sauvignon and Cabernet Franc vines.  The beautiful Château de Seguin comprises seven bedrooms, with several buildings situated around a central courtyard, including a cuverie, offices, barrel chai, and wine tasting and reception rooms complete with separate bottle storage area. The estate also features a fascinating wine museum. Mature gardens and a large swimming pool also add to the ambience and amenities of this momentous estate.

The Château de Seguin estate, with its impressive number of buildings, affirms a long history devoted to agriculture and wine production. The main residence includes seven bedrooms plus an independent apartment. Several buildings are set around the central courtyard, including a fascinating wine-making museum with rare pieces that stand witness to times gone by. Other buildings comprise a cuverie, wine tasting and reception rooms with an adjacent kitchen area ideally suited for hosting larger receptions, a hangar for the machinery, a bottle storage area, and a large barrel chai.

The pale stone used for the construction of the Château de Seguin estate is typical of the Entre-Deux-Mers region. The main part of the château with its pointed turrets and long cellars was built in 1780. However, the estate’s history goes as far back as 780, when the Count of Seguin, administrator to the Emperor Charlemagne, resided there.

Michael Baynes from Maxwell Storrie Baynes says, “It is not every day that an opportunity arises to purchase a property that dates back to 780, and one with a pedigree such as this. Notwithstanding its noble past, today it is a large state-of-the-art Bordeaux vineyard, producing some of the most exquisite wines in the region.” 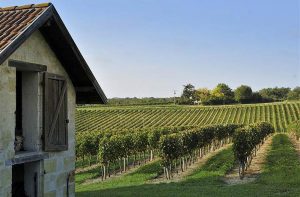 The grounds of the Château de Seguin estate, which includes a small lake, is composed from a mosaic of different soils, typical of the viticultural geology of the Entre-Deux-Mers region. Limestone ridges under clay form the majority of the landscape, providing stony subsoil and often well-drained slopes. Including its leased vines, the Château de Seguin vineyard extends over 135 hectares of productive plantings, growing mainly red grapes from a blend of Merlot, Cabernet Sauvignon, and Cabernet Franc.

This vineyard has been reconstituted thanks to patient replanting and various acquisitions in the neighborhood. Due to its size and especially the quality of its vines, the property has become a model vineyard whose production comprises a variety of colors and appellations.

Giles Hannah, Christie’s International Real Estate Director of Sales for Europe says, “This is a historic vineyard estate, producing some of the best quality wines in the region. Château de Seguin is the ideal property for those attracted to the vineyard lifestyle and who are serious about winemaking on a significant scale.”

The surrounding land with its vines, parkland, woods, and meadows paints a beautiful picture of different natural rural colors, and yet is only 20-minute drive from the city center of Bordeaux. TGV rail links and the international airport are also both less than 30 minutes away from the estate.