Inspired by Nature and enveloped in Luxury, The Datai Langkawi in Malaysia is a captivating and enchanting sanctuary which offers the soothing rainforest as well as the refreshing sea

Ong Chin Huat spends a long weekend at this serene hideaway and experiences an unforgettable sojourn.

I’m sitting on the balcony at The Datai’s Lobby Lounge in mid-morning and there’s a cool breeze blowing. While sipping a cup of The Datai’s chilled lemongrass, Kaffir Lime and Cinnamon tea, I compare the colour of the swimming pool below with that of the Andaman Sea just beyond the verdant greenery. In the distant horizon, I spy the Tarutao islands scattered around the ocean like emerald jewels on a velvety blue expanse. Nearby, butterflies flutter among the small pink blooms on the terrace and as I gaze upwards and see the blue sky and big, fluffy white clouds floating by, it suddenly dawns on me that this is paradise found. 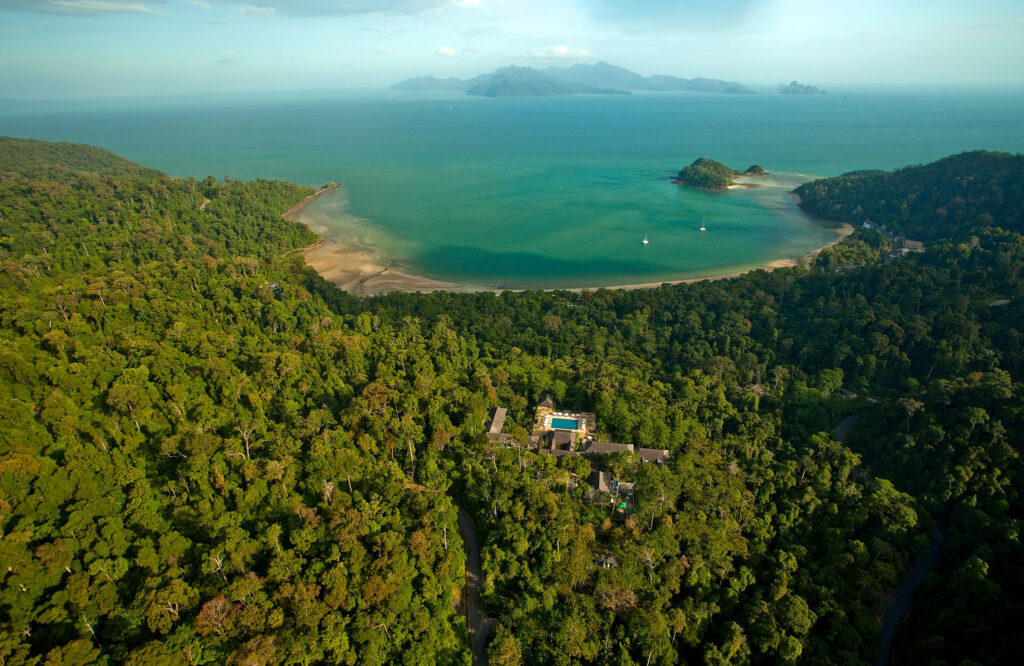 Even though this blissful and serene moment may only last several minutes as I have to leave soon, I linger a little longer to savour the moment and relish the time spent on this slice of heaven on earth.

Spending a long weekend at The Datai is the perfect antidote to the stresses arising from living in the hustle and bustle of the city. Nestled among a 10 million-year-old rainforest and located on Langkawi Island’s secluded northwest tip, this luxurious rainforest and seascape hideaway is as iconic as it is coveted. Built over 20 years ago by the highly-touted architect Kerry Hill, The Datai has earned itself an unsurpassed reputation for its beauty, charm, exemplary service and a visionary design concept which melds nature and man-made structure in harmonious co-existence. 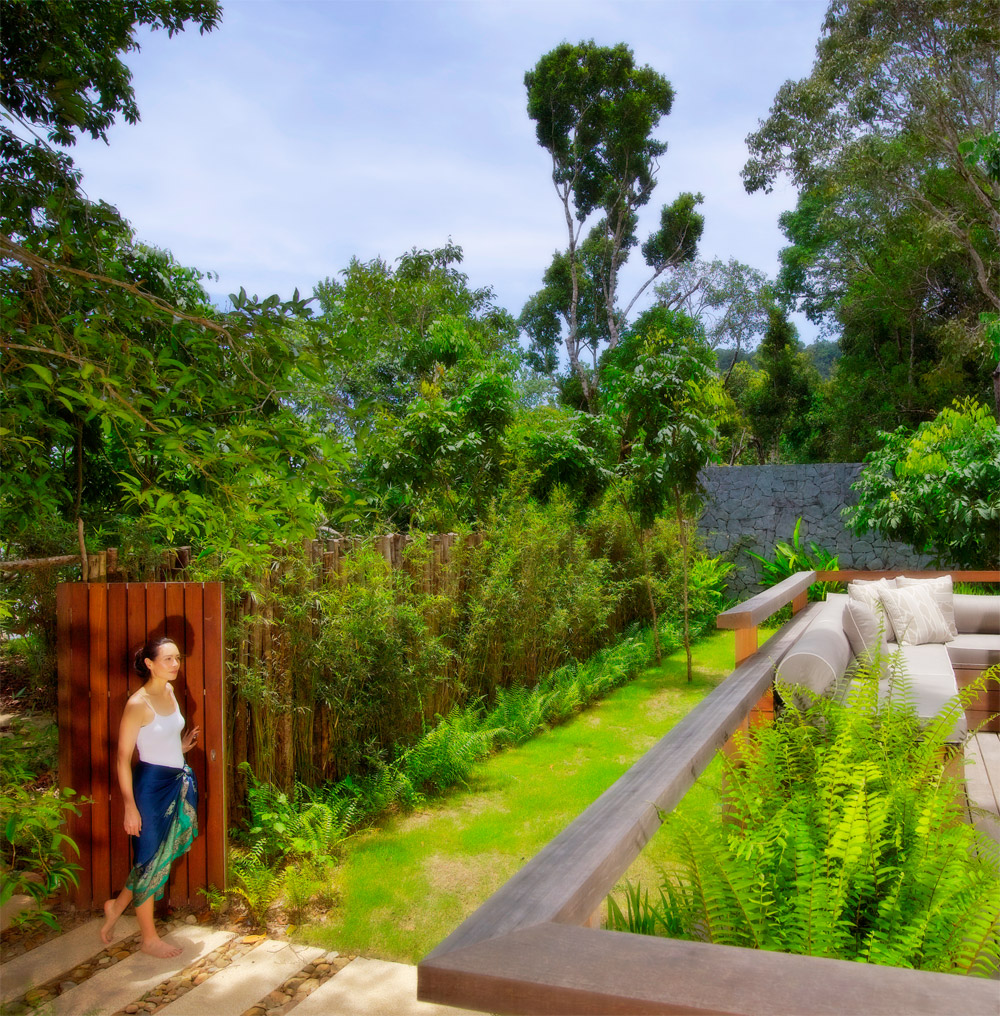 With a cult following – some guests make their annual pilgrimage to The Datai since its opening over 20 years ago – The Datai has 54 well-appointed rooms, 40 villas, 16 suites and 14 beach villas, guests are spoilt for choice when it comes to their accommodation. Choose to stay in the middle of the lush rainforests or in one of the new beach villas with direct access to Datai Bay, named by National Geographic as one of the Top 10 beaches in the world. 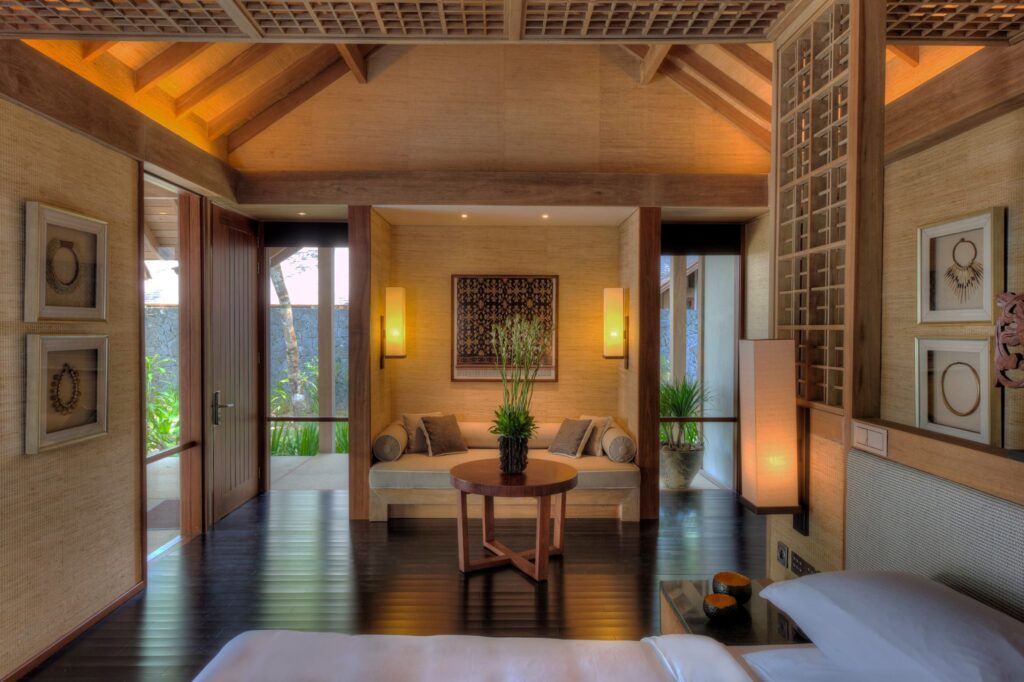 The place I hung my hat for the weekend was a Superior Villa right in the middle of the rainforest and with the Datai River flowing behind. Surrounded by trees, shrubbery, plants, flowers, ferns and a multitude of greenery, it was so refreshing to be enveloped among all that nature and wildlife. Waking up each morning to do my Qigong exercises on my balcony with huge trees shading me from the morning sun while the sound of the gushing water from the river just a few feet away was a brand new experience for me, being an urbanite. I found a butterfly sleeping on the petal of an orchid flower on my bedside and when I took it out to the balcony and placed it on a leaf, it flew away. Such is the nature of The Datai, where we humans and the indigenous wildlife co-exist without any boundaries. 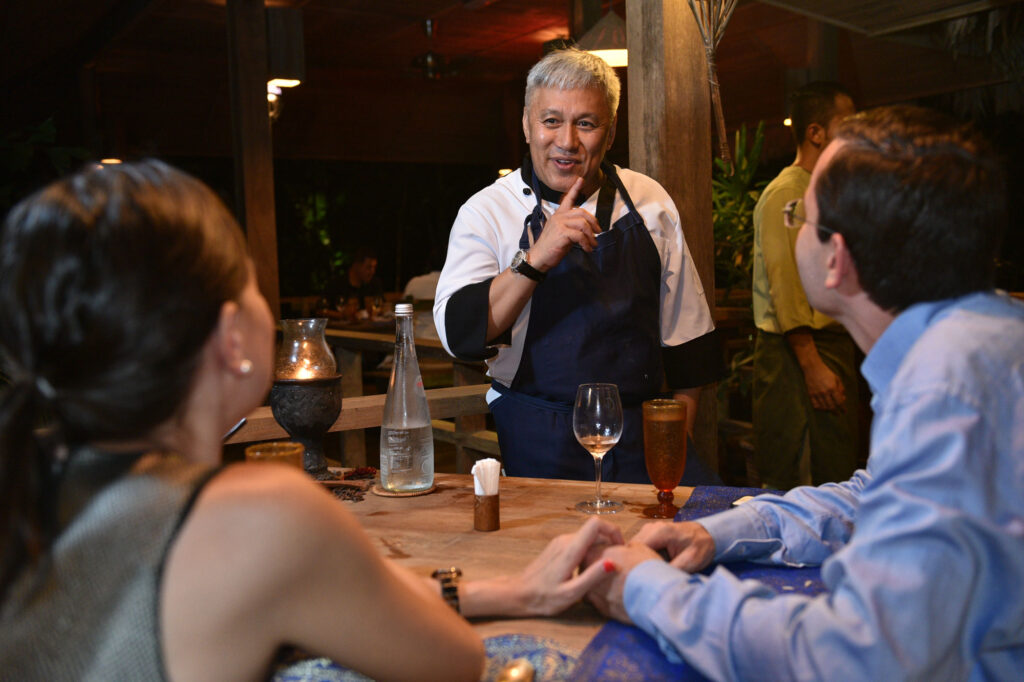 The weekend I was there, celebrity chef and TV personality Dato’ Chef Wan, known as the food ambassador of Malaysia, was also there hosting and cooking at several specially organised events. He conducted two cooking demonstrations at The Beach Club and gave a cooking lesson at Gulai House restaurant. Funny, witty and possessing a wicked sense of humour which went down as well as his Peranakan Laksa, Chef Wan was delightful and I enjoyed his food as much as his company.

Lithuania’s Lukiškės Prison is Now the One Prison You Want to Be In!