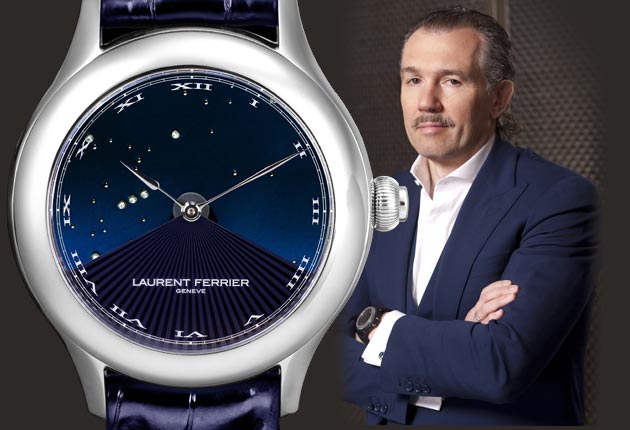 It was released to honor the year of the Dragon that was illustrated by the image of this mythical creature on the dial. This beautiful watch won the the category of “Favourite Men’s Watch” at the 2010 Grand Prix d’Hologerie de Geneve.

Today the appeal of this watch has been widened with the word Secret. Now that the Dragon on the dial has lost its momentary relevance and became a bit of a rarity for collectors, new owners of the watch can choose a drawing of 18-carat gold on enamel dial in the Grand Feu enamel technique by personal request.

The “Secret” aspect of the timepiece also refers to the complicated mechanism that covers the part of a dial window with two opaque sapphire crystals of a graphite shade, striking by their elegant lines and beauty of finishing, by pressing a push-button placed on the crown; or alternatively can be covered and revealed automatically in the certain time set by the horologer while constructing the mechanism. If the owner doesn’t request any particular preference, the horologers will set the opening of the shutters at 8 a.m. and closing at 9 p.m.

For watches offered in Ukrainian market, Dmitry Berdyansky suggested to Ferrier that they make a dial depicting a starlit sky above Dnieper river, with a kind of celestial map, seen by the dreamers and travelers yearning for the sky over their home. The big stars would be made of diamonds, the smaller ones in white gold. Laurent Ferrier also agreed with Berdyansky’s suggestion to fix a lens on the transparent back cover of the watch – to fully enjoy the miracle of flying tourbillon with a double spiral.

The Galet Secret Tourbillon Double Spiral in Ukraine is a unique watch, completely handmade, for which the plain definition of “Swiss watch” is insufficient. Due to the efforts of two passionate connoisseurs of Haute Horlogerie, Ferrier and Berdyansky, the bar for quality and design has been raised once again..