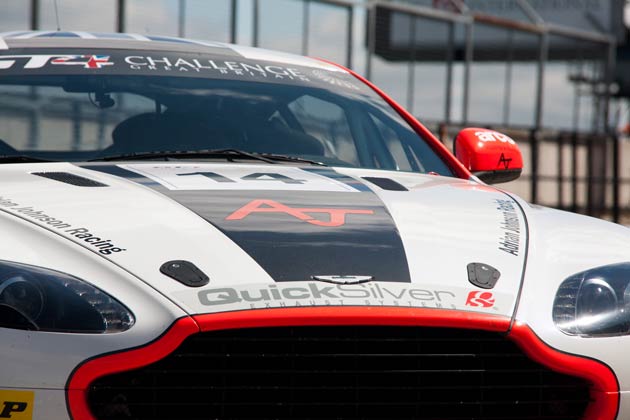 Now in its fourth year, the Aston Martin GT4 Challenge of Great Britain is a six-round series which brings together individuals of varying levels of talent and experience who race head-to-head in identical 445 hp Vantage GT4 race cars.

As the Global Luxury Media Partner, Luxurious Magazine goes behind the scenes in the first of an exclusive two-part feature.

Aston Martin Racing’s GT4 Challenge is the ideal opportunity for many to enjoy and toast career success or extend a passion for motor racing or their love of cars. However, such is the diverse range of backgrounds, nationalities and professions of people attracted to the sport, that there is no one over-riding reason for wanting to take part. Some have been invited by close acquaintances, others are trying GT racing or an Aston Martin package for the first time, whereas entrants such as Scotsman Calum Lockie who has worked with around half of those sitting on the grid, thanks to his management of track days across the UK, is drawn by the prestige of the Aston Martin marque, as well as the performance, feel, and roar of the V8 Vantage. “It’s a very well-liked brand and everyone appreciates the cars. They are very much in the hearts of the British public and the Vantage is well engineered and the all-round package is so lovely to drive,” says Mike Brown, the founder and owner of a packaging business, who has competed in every season of the GT4 Challenge to date. City trader Andy Bruce agrees: “It’s the traditional sportscar, and Aston Martin is all about the looks and the sound.” 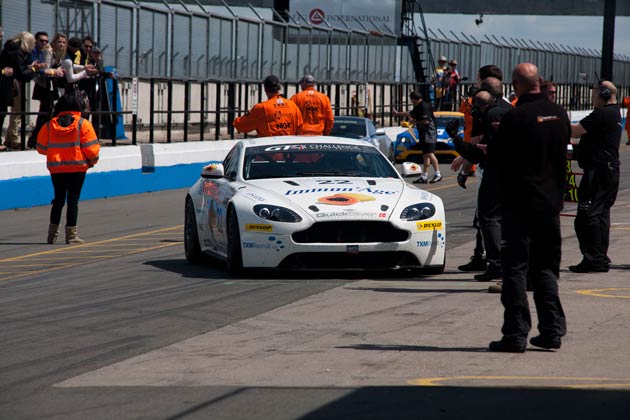 It is of course a formula that encourages responsible competition on the track, but at the same time gives individuals the freedom to establish their own personal ambitions and these certainly lie at both extremes up and down the paddock. The primary objective of the current championship leader and motorsport recruiter Andrew Jarman for the 2013 season is to emerge victorious in this year’s series. After two podium finishes, Paul Cripps, who started out driving a modified Vanquish road car on circuits simply for amusement, aspires to repeat this success with team-mate Brown in forthcoming rounds. At the opposite end of the spectrum, for finance director and motorsport enthusiast Paul Bartley, who shares the no.47 racecar, the GT4 Challenge is literally a vehicle to harness as much adrenaline and pleasure as possible: “For amateurs like myself who have no aspiration to be in Formula 1, and who just want to have some good quality racing, this is a fantastic series. You don’t have to be an out and out super racing driver to have a lot of fun.” Physicist and Aston Martin road-car owner Tom Black echoes these sentiments: “It’s a great group of people that do this. The guys that participate tend to have the same attitude, and they simply want to enjoy the weekend.”

Amongst the many benefits, a core part of the GT4 Challenge is indeed the personal interaction that the championship brings amongst participants both during race meetings and away from the track. This is partly assisted by the dedicated invitation-only and lavish hospitality unit present at each round which provides an all-important platform for racers to indulge in conversation, swap tips, and digest the day’s events. “Socially it’s very good. The drivers and teams are friendly and there is a good atmosphere in the paddock,” explains Jarman, and he is not alone in his opinion. “With most of the other race series that you could take up, there isn’t the same level of camaraderie and friendship seen in the GT4 Challenge,” adds Black. It’s a similar story for Cripps, an accountant by trade currently employed in the financial services tax sector: “There is a really good ambiance, and in the past we have to call on others to lend us video to learn tracks and there have been people that have been very open about that. It’s hard racing, but clean, and everybody is good friends at the end of it.” 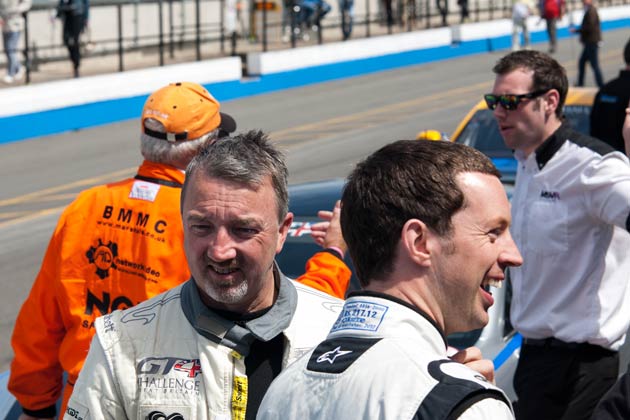 However, regardless of how competitive the drivers are, the over-riding attitude up and down the pit lane, is the desire to assist others as well as the many newcomers that enter this motorsport category, which therefore makes the championship even more appealing for those considering the GT4 Challenge. “There is always a little bit of gamesmanship with people not revealing everything,” says Physicist and Aston Martin road car owner Tom Black. “However particularly if people are competing for the first time, drivers are very happy to share information so that they can build knowledge quickly.”

With the GT4 Challenge at the forefront of their mind and being a core focus of their emotions outside of the regular family routine, the series has quickly become the biggest luxury in life for a large proportion of the drivers. However, for Lockie, being involved in racing on a near daily basis, this extends to fine dining, and an aspiration to own a collection of the aesthetically single-cylinder bikes from manufacturers like Norton, which date back to the 1930s and 50s. For Jarman, it is wristwatches, an aficionado with a penchant for Tag Heuer and the brand’s special editions, proven by his proud ownership of a Monaco chronograph timepiece. Others are avid car collectors such as Bartley who boasts a stable of classics which includes a 1973 Ferrari GTB/4 Daytona and 1974 Porsche RS. Vacations are primarily spent with relatives aboard a Fairline Squadron yacht on the island of Majorca, whilst accommodation comes courtesy of luxury villas. Other frequented destinations are namely the South of France, and some of the UK’s most highly acclaimed five-star hotels including Hampshire’s Chewton Glen. 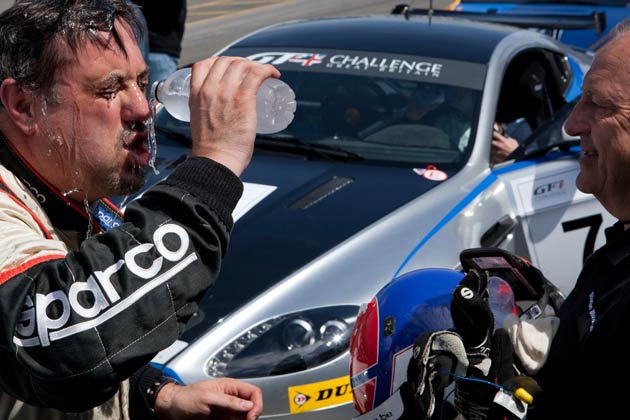 Returning from the W Retreat & Spa in the Maldives, money broker Charlie Mizon, who made his debut at Donington Park with a fourth place finish alongside Andy Bruce, is an equally serious automotive fanatic. He has enjoyed owning some of the world’s finest supercars including the McLaren SLR, Porsche Carrera GT, and mid-engined two-seater Ford GT, and next on the list is the highly-prized McLaren F1, one of the models in Bruce’s current collection of 18 high performance cars which also counts two Ferrari F40s: “Luckily my career has gone well so I’ve managed to indulge a bit. The F40 for me was always my poster car when I was growing up, and buying the F1 was a dream come true.”

The 2013 season of the GT4 Challenge is one which is significant as it coincides with the 100-year anniversary of Aston Martin and therefore brings added meaning to the drivers taking to the wheel of the marque’s race cars. Most noticeable is the air of excitement surrounding the next round of the GT4 Challenge at Brands Hatch as part of the Centenary Festival, which will gather together comprehensive grids as well as guest appearances by personalities including the celebrity chef, James Martin, and actor turned car lover, Rowan Atkinson. For Lockie, it is a dual celebration as he is also taking part in events commemorating the 125 years of tyre manufacturer Dunlop, one of the GT4’s partners, and a corporation which has played a key role in every single one of his victories to date.

To find out more about the Aston Martin GT4 Challenge, visit www.astonmartin.com/racing/series/gt4-challenge.