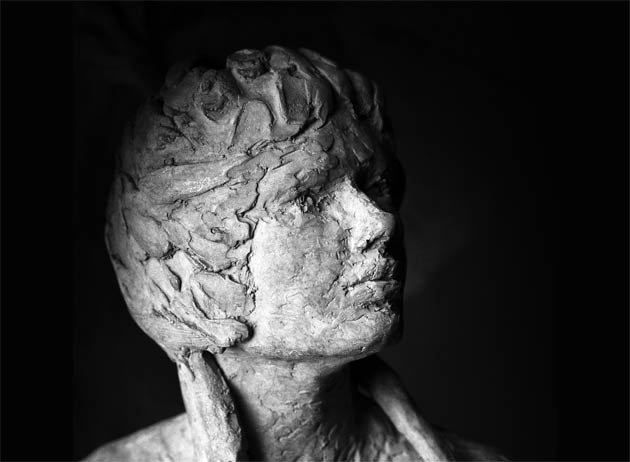 The internationally celebrated sculptor, David Williams-Ellis’s solo exhibition Elemental, is open at the Portland Gallery and will run until 23rd December 2014.

There are 21 pieces for sale in the exhibition, including 19 new sculptures, many of which are on show for the very first time. 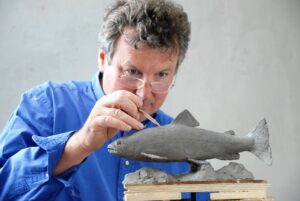 David Williams-Ellis’s newest work portrays the impact of wind, rain and earth on the human form. The work, mainly in bronze, ranges from small, desk-top figures and busts to substantial sculptures created to stand boldly in a landscape or garden.

For the last 12 years, Cumbria-based David Williams-Ellis has been travelling and building up a strong international following, creating work for clients, both private and corporate, all over the world, from Milan, Mustique and Mykonos to the US, Hong Kong, Shanghai and Tokyo. Returning to focus on working in Britain, he has been hugely inspired by his native Cumbria.

‘I am drawn to the wild weather and its effect on this rugged landscape and the people in it – I wanted to explore the relationship between the elements and us,’ says Williams-Ellis.

The sense of movement in David Williams-Ellis’s sculpture has always thrust it way beyond the ornamental and now his new series of umbrella girls takes this talent for harnessing energy a step further, representing his fascination with the way an umbrella can enclose and animate the negative space around a figure, imbuing it with even more vitality.

His newest figure, ‘Squall’, is a life-sized female form leaping into the heart of a squall and is a perfect example of Williams-Ellis’s mastery of motion. She appears to strain at her bronze bounds as though Williams-Ellis has imprisoned the very essences of fire, earth, air or water within the form. 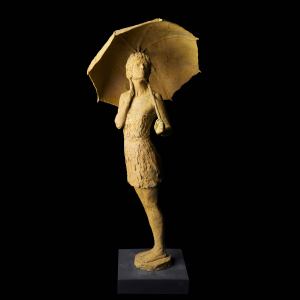 I love the way the light moves across the hills – on sunny days, the light can turn them golden but I equally love the way the clouds can appear to bruise them with purple shadow as they scud across the skies on windblown days. From my studio window I look out at sheep sturdily surviving on a steep, unkempt hill.  I’ve seen that hillside scoured by rain, mottled by cloud and gilded by sun.  I’ve seen grass bent taut by gales or rippled into rhythmic patterns by breeze. With all this informing my subconscious every day, it’s perhaps no surprise that many of my new figures represent the human figure battling with the elements and hence the name of my exhibition – “Elemental”. – David Williams-Ellis

The artistic heritage of David Williams-Ellis is rooted in North Wales where his great uncle, the architect Clough Williams-Ellis, designed and built the Italianate village Portmeiron. His sister, Bronwyn, is a renowned ceramicist. Williams-Ellis learnt to carve wood and to draw in Florence where he was taught by legendary teacher Signorina Nerina Simi. He went on to join later a community of marble sculptors at Pietrasanta under the Carrara mountains before returning to Britain to sculpt professionally.