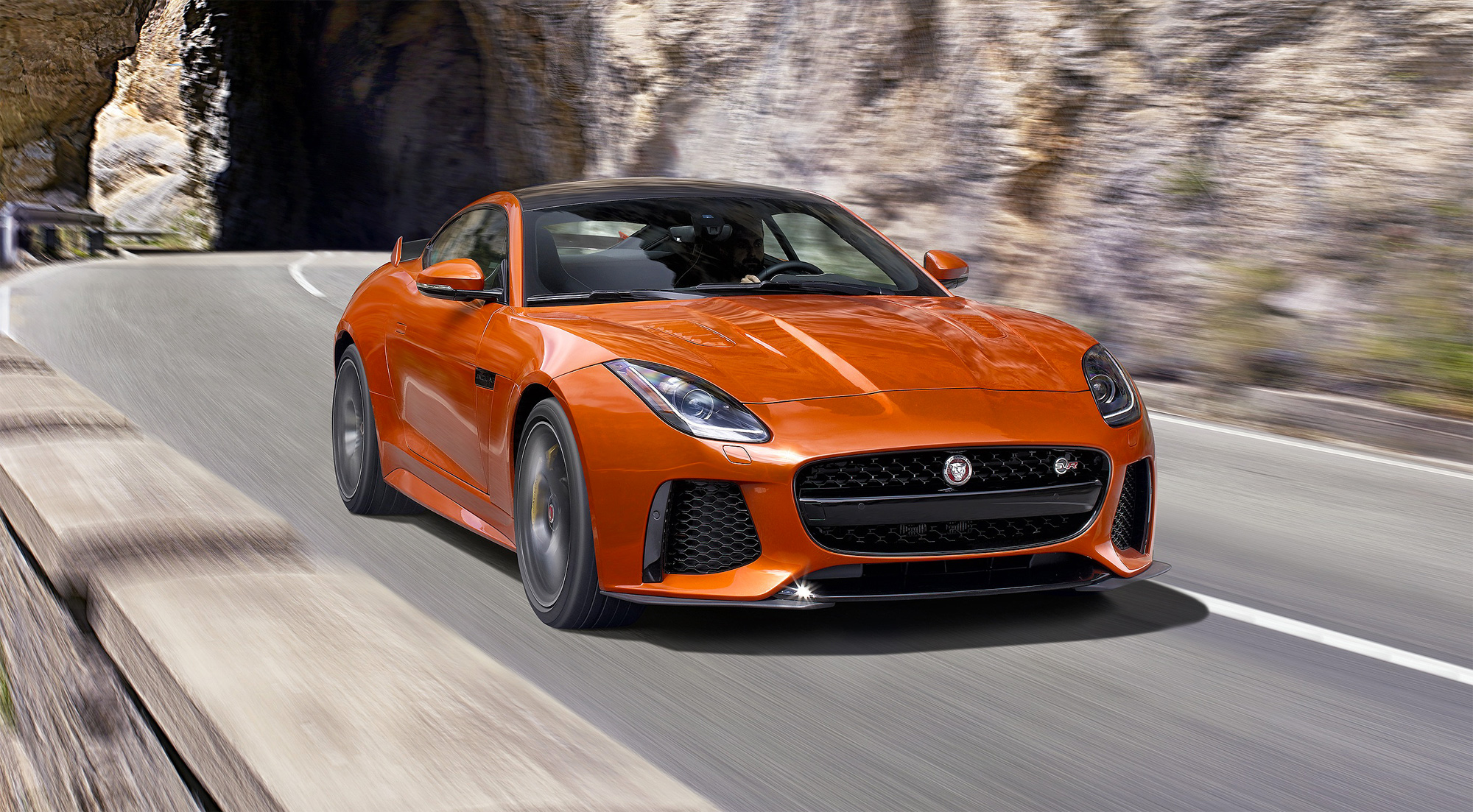 A mass-production Jaguar with a 0-60 time of 3.5 seconds and a top speed of 200mph? You better believe it. Welcome everybody, to the Jaguar F-Type SVR.

More power, torque and noise was not something the F-Type R needed in the eyes of most people that have driven it, myself included. If the accelerator pedal of the existing rear-wheel car was lightly grazed by your right foot, it would attempt to dispose of its rear tyres and throw itself backwards into the nearest hedge. The recent option of an All Wheel Drive system was welcomed by those in wetter & snowier climates, and generally by those who prefer arriving at their destination facing in the correct direction. Luckily, the F-Type SVR is based around the latter AWD car. 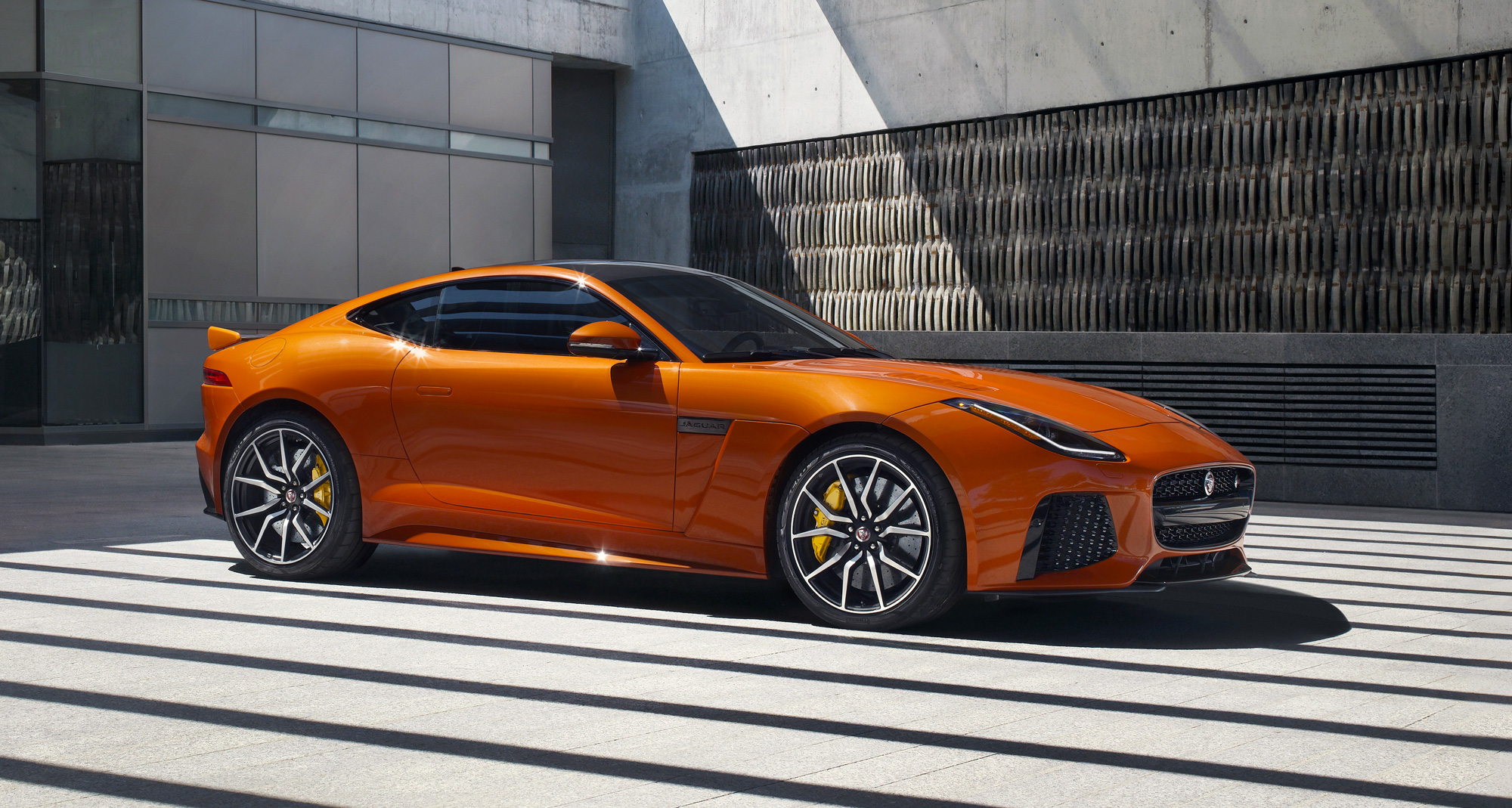 Somewhat expectedly, the F-Type SVR uses a lightly fettled version of Jaguar’s existing & already slightly unhinged 5.0-litre supercharged V8 in the existing F-Type R, squeezing out an additional 25 bhp and 14 lb-ft of torque, bringing them to a meaty total of 567 bhp and 516 lb-ft respectively. Incidentally this is Jaguar Land Rover’s first use of the SVR name on a Jaguar, matching it to the Range Rover Sport SVR – I have a sneaking suspicion that it will replace all the ‘R’ models of the future Jaguar stable giving continuity across the JLR Brand. But, I digress. 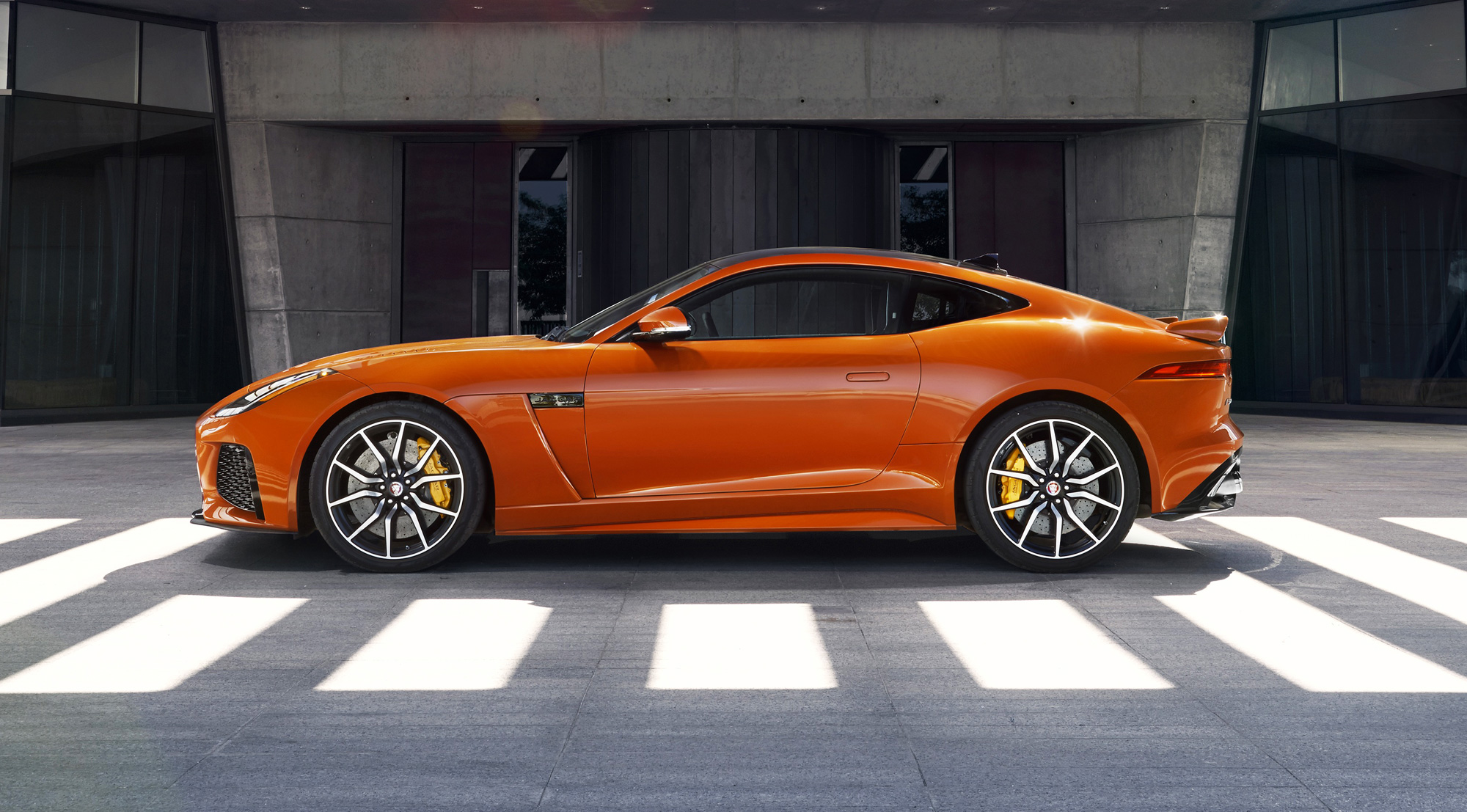 Usually, when a manufacturer releases a special edition of a car, they festoon it with a gaudy body kit, visible-from-space paintwork, and a snow plough sized spoiler (Mercedes, I’m looking at you). Not here. There are lots of new aero bits dotted around the car, which Jaguar say will reduce lift by up to 80%. Nice to know when you are going 200mph (or 194mph for the drop-top). 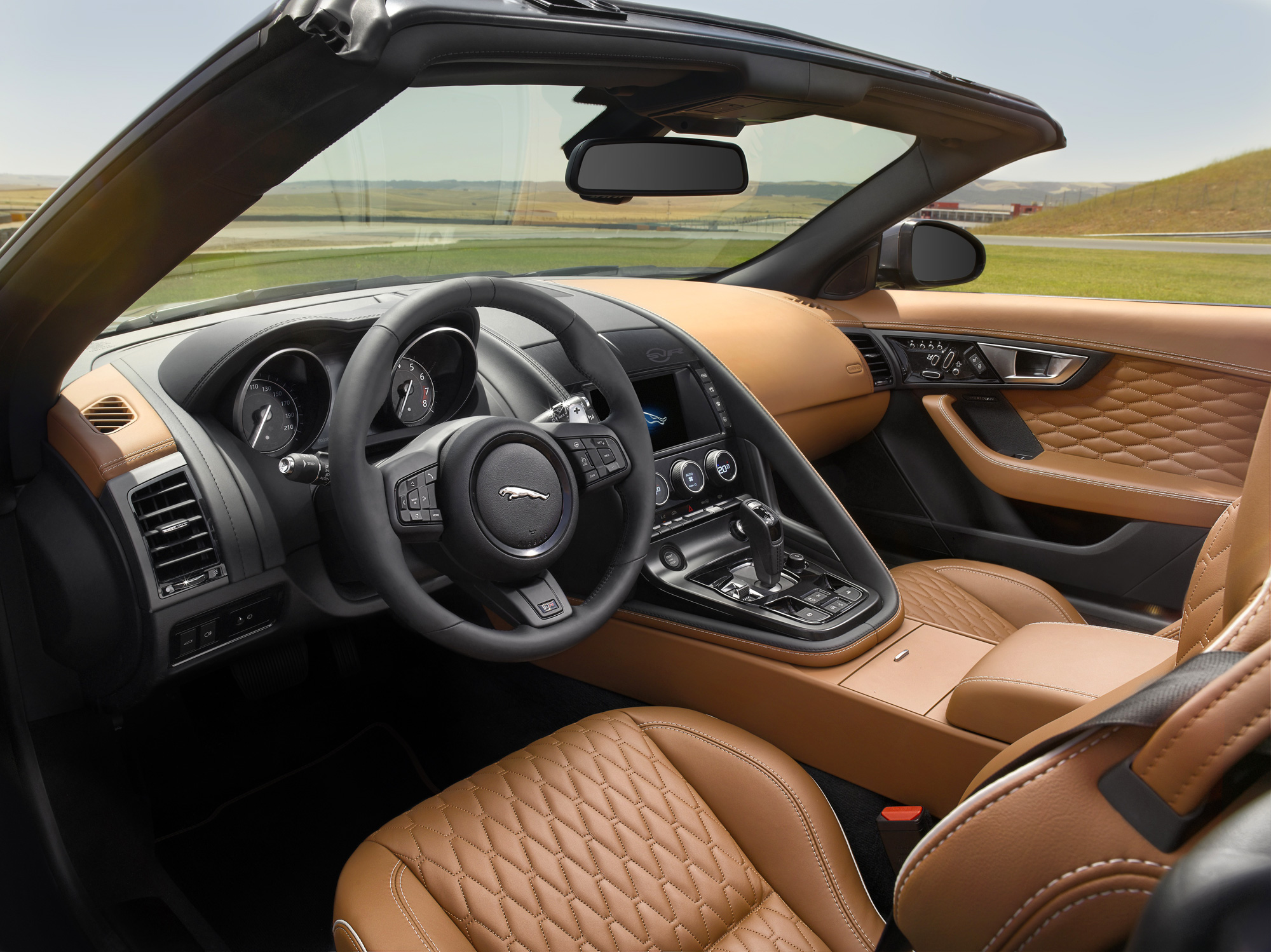 What do you get for your extra £20,000, aside from the extra oomph and cosmetics? Quite a bit. A titanium exhaust system that saves 16kg over the standard car and that is apparently even louder than the R’s, if that is even possible. Thicker anti-roll bars also feature for a stiffer chassis and uprated dampers complete the handling improvements. On the interior they have ditched the faux-carbon option and now comes with the real thing, and both models are fitted with sumptuous looking quilted leather seats too. If you spec the carbon fibre roof and the ceramic brakes on your options sheet, it will take the total weight saving to over 50kg, which should make the car more nimble – but only the test drive will tell. 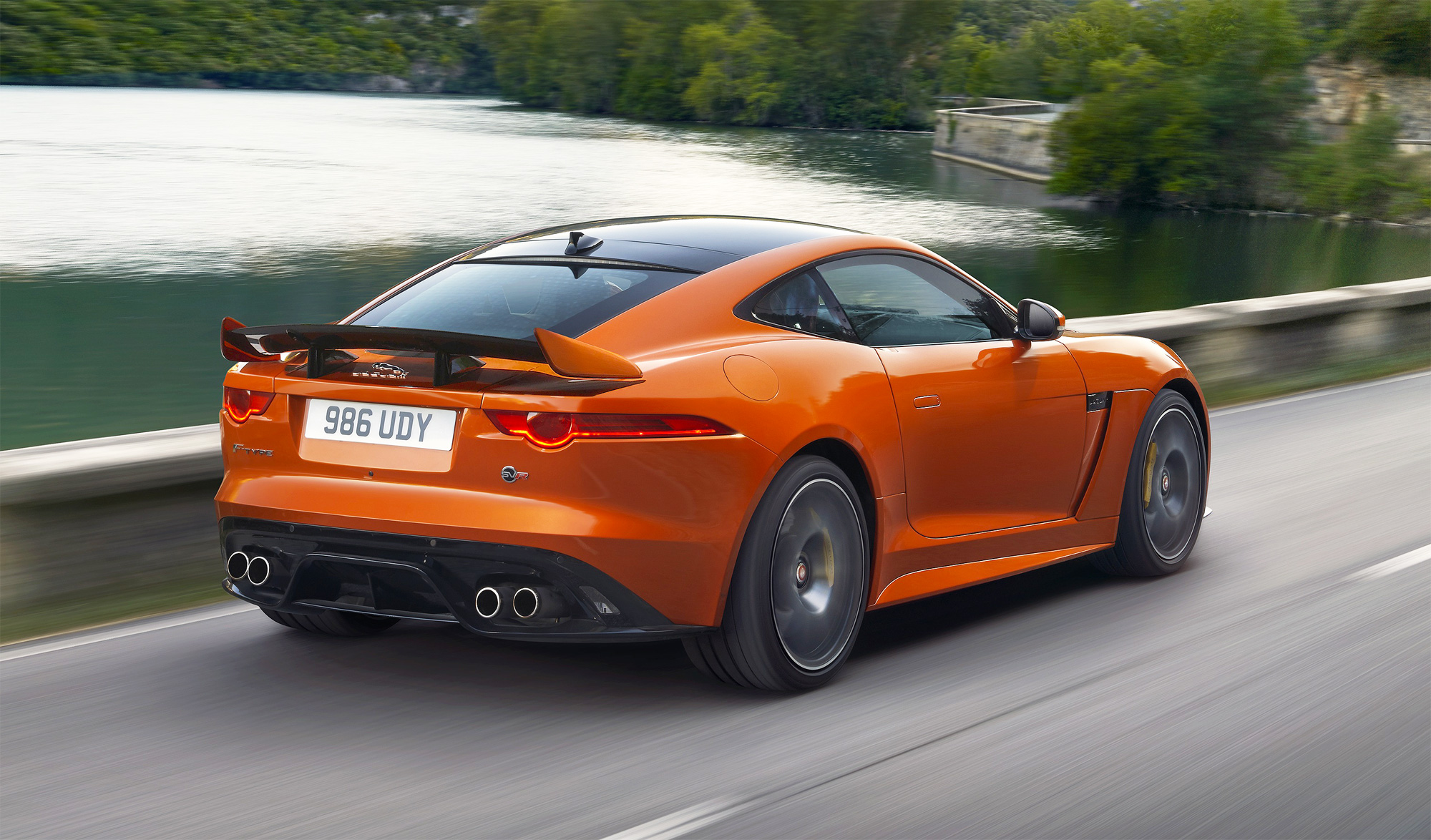 The F-Type SVR as a proposition is shaping up to be a promising one and we can’t wait to test it, even with our slight British bias aside. Order books are open now and deliveries begin in Summer of this year. A Jaguar that will out accelerate a Lexus LFA and looks this good?

I’ll have one in black, please.

See more of the F-Type SVR in the gallery below