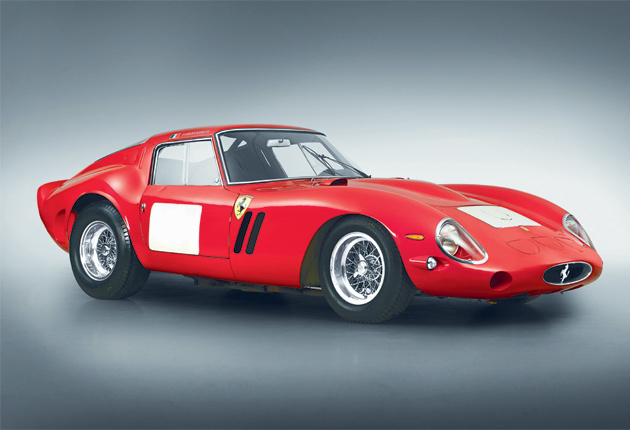 When we talk about historic and classic cars that might be able to hold the title of most valuable car in the world, there would be very few manufacturers in the running – Rolls-Royce, Mercedes, Aston Martin perhaps? No, it is none of there and is of course Ferrari, a company that has an incredible legacy of creating amazing motor cars that have gone onto dominate the wish list of car collectors and fans around the world, young and old alike.

At a recent auction by Bonhams, records were not just shattered, they were obliterated and the foremost of these new records went to the 1962/63 Ferrari 250 GTO, chassis number “3851GT” which sold for $38,115,000 USD. Have a think for one moment at that figure – $38 million US dollars, what could you but for that amount of money? Whoever the winning bidder was must also take the record of the greatest Ferrari fan in the world! The winning bid is the most ever paid for an automobile at auction and underscores the unrivalled desirability for Ferrari in the collector car market and the continued dominance of the brand at auctions worldwide.

Quite simply the Ferrari 250 GTO is now the most valuable car in the world.

This car was the 19th Ferrari GTO to be completed and was invoiced on September 11, 1962. It was most recently owned by Italian enthusiast Fabrizio Violati and was the centerpiece of his Collezione Maranello Rosso of precious Ferraris previously on view to the general public in the Republic of San Marino.