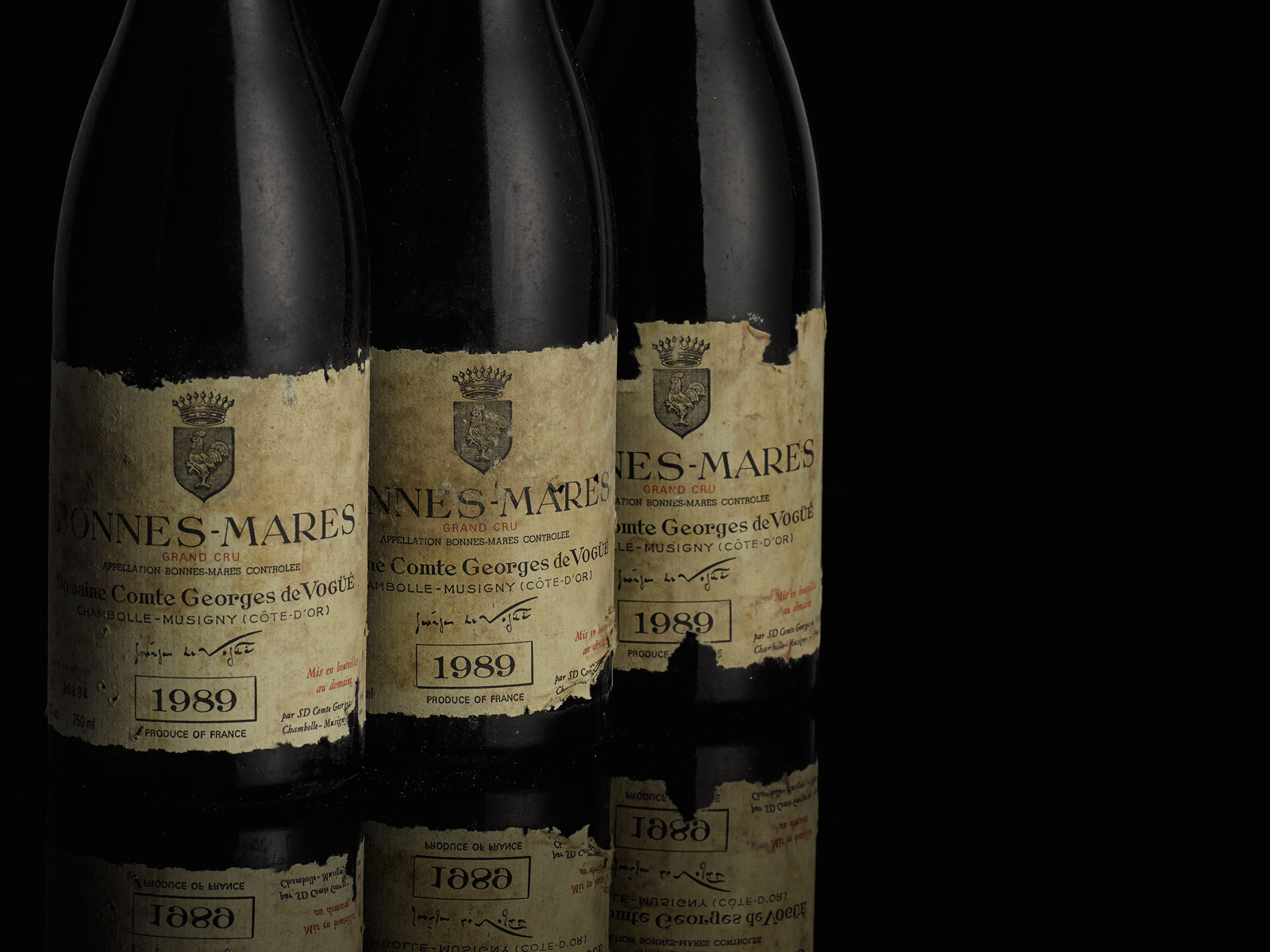 Burgundy gems include La Tâche 1942, Echézeaux 1966 DRC and Romanée-Conti 2006 plus Bonnes Mares 1989 and Musigny Cuvée Vieilles Vignes 1990 from de Vogüé. Stunning White Burgundy features Grands Crus from Leflaive and Ramonet in vintages from 1985 to 2011. Hermitage La Chapelle spans 1962 through to 2012, including the fabled 1990 vintage and a selection of vintages direct from the cellars of Paul Jaboulet Aîné.

Seldom-seen Alsace and German wines from the 70s, 80s and 90s are represented by producers such as Léon Beyer, Zind-Humbrecht, Schloss Johannisberg, Schlossgut Diel and Wegeler Dienhard. Italian stars include Costa Russi 1986 and Sperss 1997 from Gaja together with Giacomo Conterno’s Barolo Riserva Monfortino in vintages from 1996 to 2001. A stunning range of Spain’s iconic Vega Sicilia ‘Unico’ runs from 1936 to 1998, including some verticals and magnum formats. Cult-wine Pingus also features.

Exciting large formats include 9-litre Salmanazars of Vigna L’Apparita Castello di Ama and Dominus in 6-litre Imperials from the past decade. Krug 1990 leads the Grande Marque Champagne while Port aficionados will be lured by Fonseca 1963 and Quinta do Noval Nacional 1994.