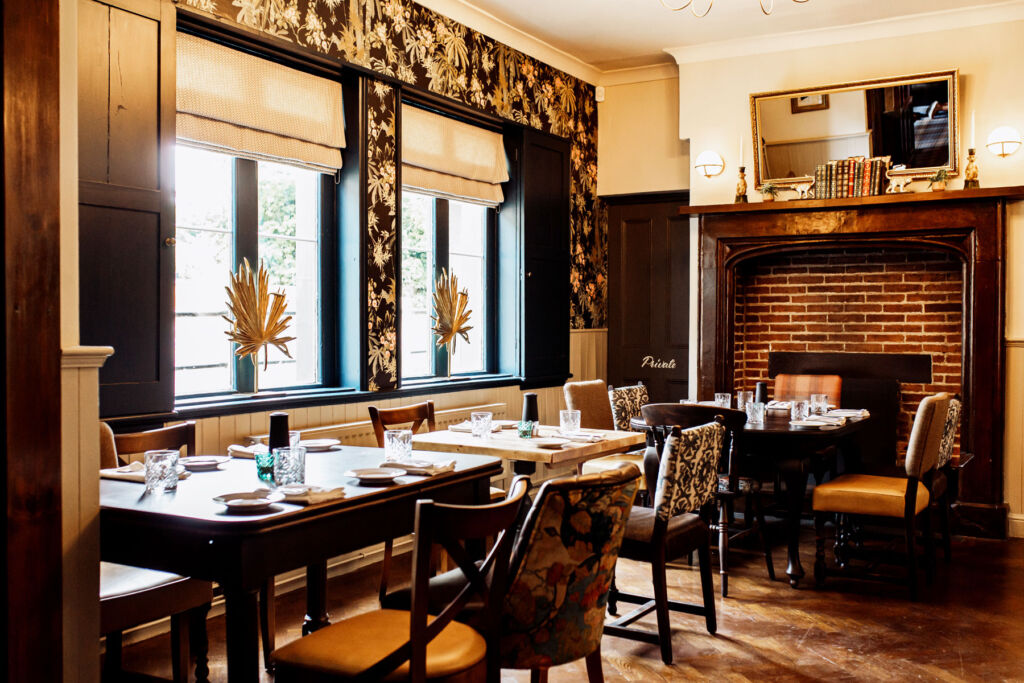 The traditional English pub is not simply a drinking hole. It’s way more than that, especially for those who live in rural villages. It serves as a meeting hub for the community to get together and converse. So you can imagine the delight of the locals when The George at Kilsby reopened its doors after being closed for four years. Sabi Phagura took a trip there on a Sunday afternoon.

When the Northamptonshire pub closed its doors in 2018 after long-term landlady Maggie’s licence ended, residents thought it would just be a matter of time before it would reopen under a new licensee. But as the years passed, the pub’s future lay in the balance, leaving community members dismayed. It wasn’t until talented chef Hari Krishnamurthy came on the scene that hopes for the empty building began to grow.

Following a £330,000 refurbishment and plenty of sweat, The George at Kilsby finally opened its doors this July. It was clear from the packed pub full of happy punters during my visit that this was just what the local community had been waiting for.

The establishment, located just off the A5, has been revamped while retaining its distinctive Elizabethan style, complete with mullioned windows, gables and imposing chimneys. The rear of the property has had a makeover, too, with a new patio with furniture for alfresco drinking and dining and plants to spruce up the area.

Walking through the pub entrance, guests are embraced by the fresh modern feel of teal blue hues, floral patterned walls and copper accents while retaining the traditional warmth of parquet flooring, wood panelling and fireplaces. The design team got the thumbs up from my guest Bex, who was immediately drawn to the beautiful wallpaper. 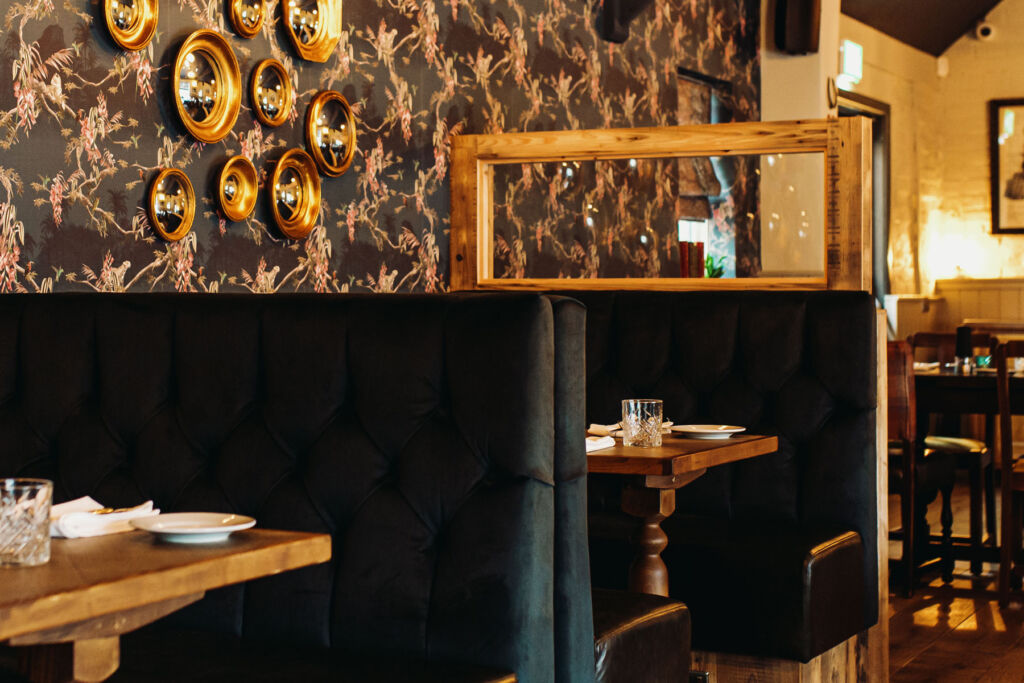 Taking our seats at the booth, and the place was abuzz with much laughter and chatter as if locals were catching up for the first time in a very long time. Our waitress Andrea further enlightened Bex and me with the story of the pub’s history. She said the George at Kilsby is named after King George III, who signed the Act of Parliament approving the construction of the 18th Century turnpike road from Daventry to Lutterworth on which the pub is situated. 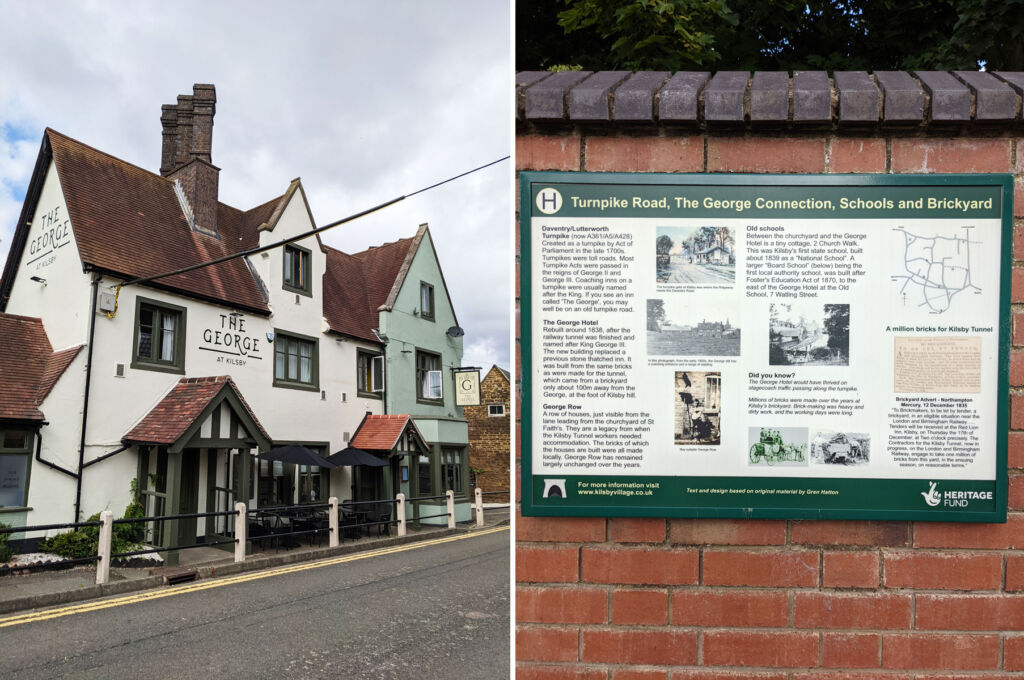 It was built when construction workers, who were helping build the Kilsby railway tunnel, began stealing a few bricks at the end of their shift each day until they had enough to create the pub in the early 1800s. Now, if that is true, that’s pretty impressive.

And building his dream of opening his own restaurant has been a lifelong ambition of Hari’s. The young chef was classically trained in India and spent six months at three Michelin-starred restaurants Georg Blanc in Vonnas, France, before working at venues such as Resorts World, Selfridges and Mowgli. When he set sights on the derelict Geroge, he knew this was the project he had been looking for.

Hari has spent time sourcing the best products from the local area, which includes sausages from AW Lashford, meats from City and Smith Chefs and seafood from Flying Fish. But he’s gone further afield to get the right spices for his Asian-inspired menu and has monthly packages delivered to him by his mother in Kerala, India. 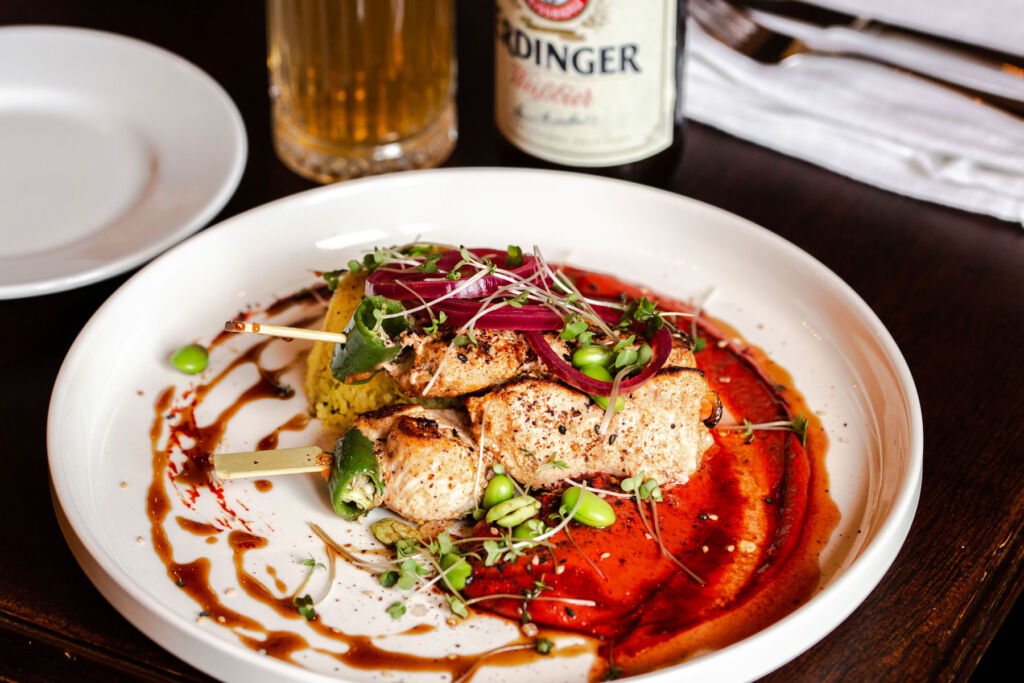 Being a Sunday, Bex and I decided we would need at least one roast to share and then picked a few other small dishes to sample the food. The salt and pepper calamari dusted with the house spice mix, tempura cauliflower bites and a large plate of Kerala prawns and roasted Cornish cod was duly brought out to us. It was a feast for the eyes as much for the belly. 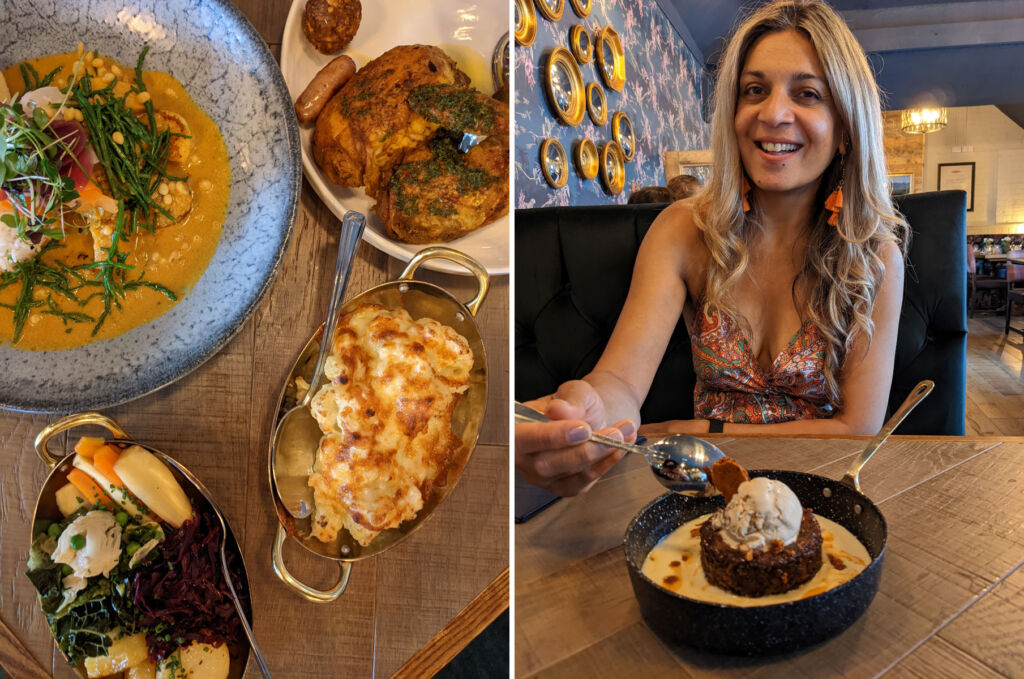 The cauliflower could have done with a little more seasoning, in my opinion, but the rest of the dishes were just right. Bex and I particularly enjoyed the calamari, which would be great to snack on with a beverage alone.

Alongside a winning menu, Hari has also put The George at Kilsby on the map for its drink offerings. The bar serves a wide selection of premium beers, wines and spirits, including cocktails. He has also overhauled the cellar and installed state-of-the-art dispensing equipment.

Hari says he wants the George at Kilsby to be an asset to the village and a pub residents can be proud of. Given that the pub has only been open for a few weeks, and diners are being turned away due to sold-out bookings, he and his strong team of around 15 are well on track. There really is nothing like a cosy pub to bring people together.

The George at Kilsby – Where and How?

The George Hotel is located at Warling Street, Kilsby, CV23 8YE. For more information or to make a booking, visit https://thegeorgehotelrugby.co.uk/.