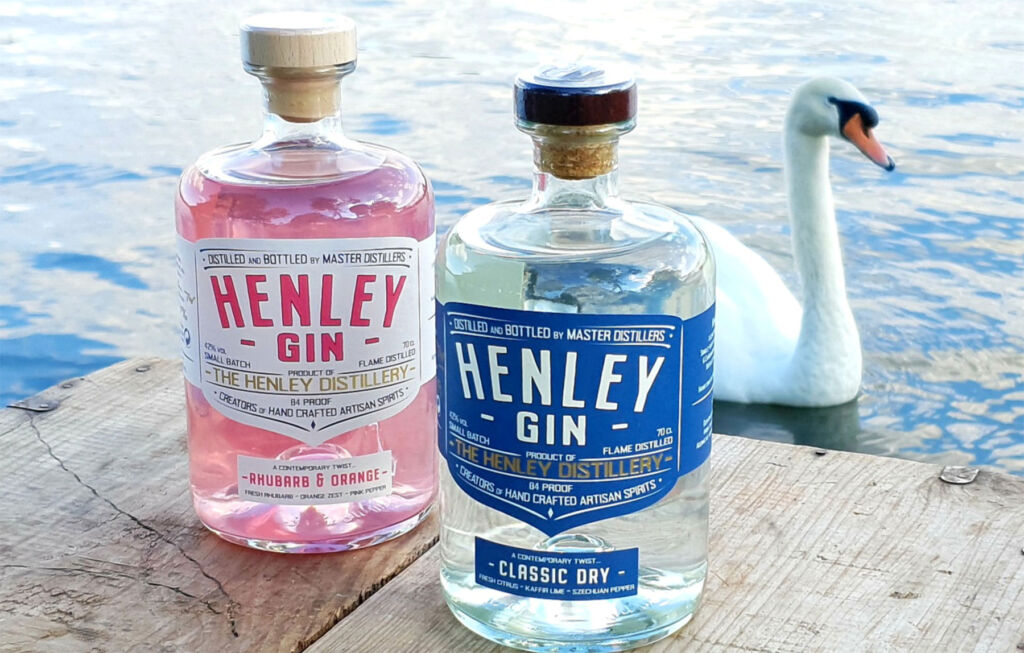 Shop shelves seem to be jam-packed with bottles of gin. That’s because the popularity of this spirit has been on the rise over the years for a number of factors, including its versatility, affordability and the craft beer and spirits movement. To look into this in more depth, we caught up with Jacob Wilson, proprietor and Master Distiller, at The Henley Distillery, one of the newest distilleries in the UK.

Background of the Gin ‘Craze’
Once called ‘mother’s ruin’, gin was hugely popular back in the 1700s in the UK. It’s estimated there were around 7000 legal gin shops in London alone, not to mention the illegal distributors that were trading alongside in the 1730s. This period came to an end with the passing of the Gin Act in 1751, putting a resounding nail in the coffin for the gin movement. The Act meant distillers had to sell to licensed traders only and not through public trading. The new law also banned any still that had a capacity of 1,800 litres making small-scale illicit gin joints illegal.

The draconian law remained in place until two gin-loving men set out to distil a small batch of gin in the UK and were denied. After 18 months of negotiation with the government, Sam Galsworthy and Fairfax Hall were finally permitted to open the capital’s first copper-pot distillery in over two hundred years. Fast forward to just over a decade later, and the spirit has overtaken beer with gin distilleries worth over a billion pounds in revenue.

It’s estimated there are over 200 distilleries in London. In such a crowded market, is it worth investing in the gin distillery? Jacob Wilson, the proprietor of The Henley Distillery, which opened just six months ago, seems to think so. 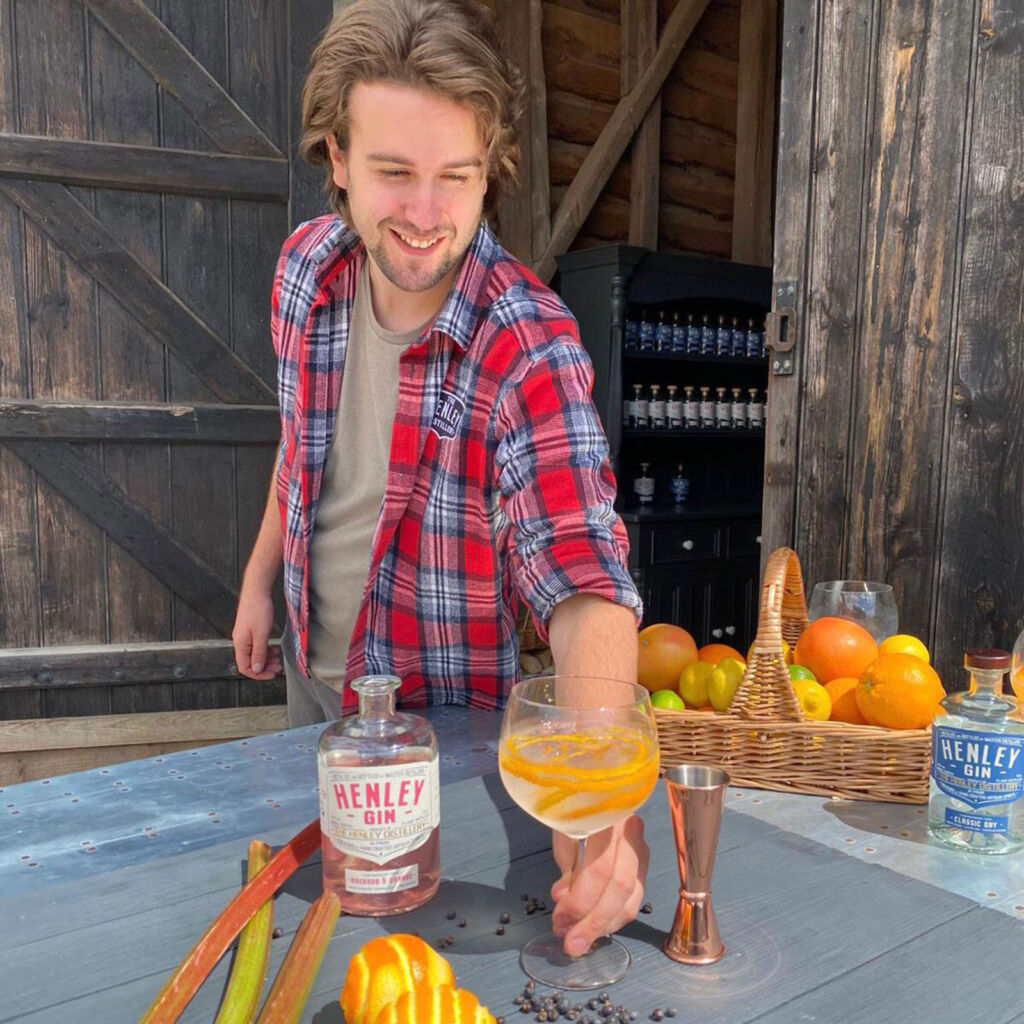 Jacob Wilson, The Henley Distillery
Jacob began working in distilling in 2016 after attending a cocktail course inspired by a cocktail bar he set up for weddings and events. He was blown away by the complexity and variation that gin offered, and he knew right then he wanted a more hands-on role in the industry.

“I sent my CV to a number of distilleries and heard back from Masons Yorkshire Gin, where he started work as Assistant Distiller,” Jacob told Luxurious Magazine. Just four months into the role, Jacob was offered the role of Mason’s Head Distiller when his predecessor left. “This is where I learnt about working with large scale production and the other aspects of the supply chain.”

A year later, Jacob joined Spirit of Masham distillery, also in Yorkshire, as Head Distiller, working on a smaller scale and fine-tuning flavour combinations. “My next role involved me setting up Hensol Castle Distillery in South Wales, a £3million state of the art distillery in the basement of Hensol Castle,” continued Jacob. And it was here he took on the role of Master Distiller, helping to train new staff and overseeing all aspects of the Distillery’s production.

His most recent move was to open his own distillery, and The Henley Distillery was launched on June 25th this year.

In less than five months, the Henley Distillery reached award-winning status with the distillery’s first two expressions winning plaudits at The Spirits Business Gin Masters Part-2, which was announced on the 1st December. The Henley Gin Classic Dry won a Gold medal in the ‘Ultra Premium’ category, while the Henley Gin Rhubarb & Orange took a medal in the highest accolade possible in the ‘Pink Gin’ category. Referring to the latter, the judging panel said: “Quality‐wise, this was leaps and bounds above the rest.

Speaking of his success, Jacob said: “We were over the moon to receive this news last week! We believe in the quality of our products, but to have independent judges give us such amazing feedback is that extra confidence boost. Only 11 Master medals were issued in the entire competition, across all categories, so to have secured one for our Rhubarb & Orange gin is a real feather in our cap.”

The Henley Distillery
Based in a restored threshing barn just outside Henley-on-Thames, the distillery was established by Jacob, who is one of the youngest Master Distillers in the country at the age of 27, produces small-batch, hand-crafted gins.

Jacob is putting his experience and techniques into practice with his own range of gins, with the emphasis firmly on using the finest ingredients and distilling processes and never compromising on quality. The Distillery is a family affair, with Jacob partnering with his father Alan, who assists with design and sales, while his mother, Terry, helps with distilling and production. 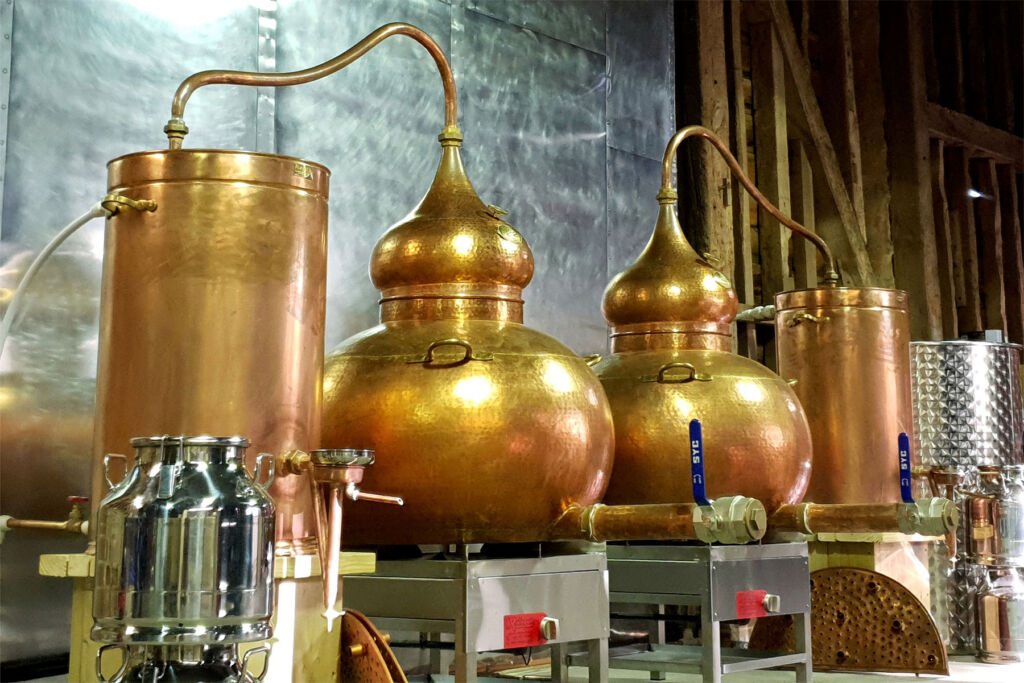 The Henley Gins are distilled using two handmade 300-litre copper alembic stills. Named ‘Tony’ and ‘Mac’ after Jacob’s grandfathers, the stills are heated over open flames and finely controlled – by slowing this distillation down to last 12 hours, the spirit produced is smoother and cleaner than those made by the more modern column stills. Furthermore, the gins are not chill-filtered so that the delicate aromas and oils from the botanicals are retained, giving a more distinctive and rounded flavour. 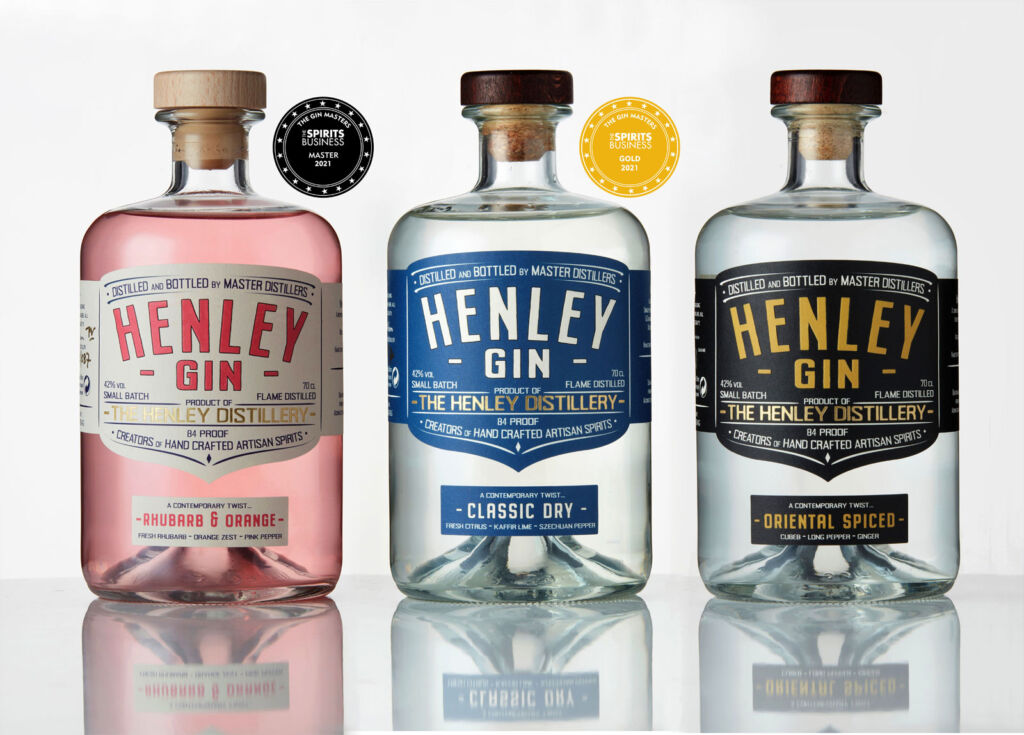 The Henley Distillery’s Three Editions
Jacob produces small-batch, hand-crafted gins for production as well as their own line. These are:

Tours and Tastings
Gin enthusiasts will be pleased to know the distillery offers 45-minute tours and tastings. Guests will be given in-depth information on the distilling process, the choice and use of different botanicals and a tour of the beautiful barn. The tour ends with guests sampling all three of the Henley Gins. There’s a miniature bottle to take home for designated drivers. 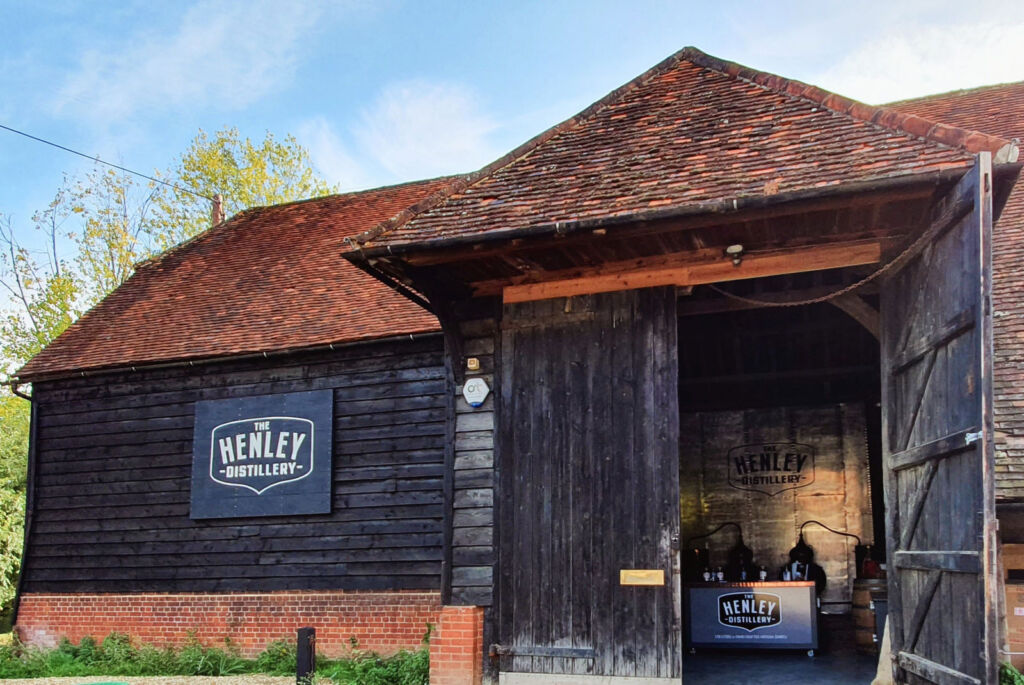 The Henley Distillery – Where and How?