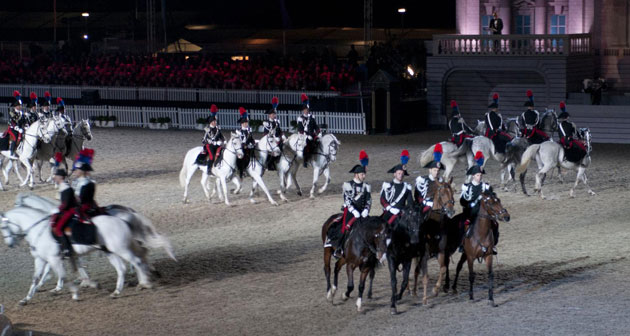 The Mounted Carabinieri Regiment made a star appearance with its celebrated “Carosello” performance at the Diamond Jubilee Pageant, as part of Italy’s tribute to Her Majesty Queen Elizabeth II’s Diamond Jubilee Celebration which took place at Windsor Castle over four days from 10-13 May 2012. 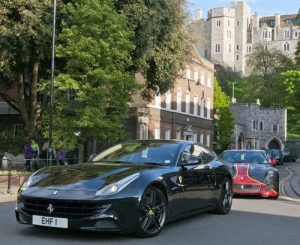 The Queen has visited Italy three times since 1961, and had the honour of seeing the Italian Carabinieri perform in Rome in both 1980 and 2000.   The Carabinieri are a part of Italy’s working police force, but they also have a ceremonial role and pride themselves in preserving cavalry traditions. The Carosello itself, for which the Carabinieri brought 90 horses and riders to Windsor, has a long and fascinating history, with its origins in mediaeval knightly tournaments.

The performance is a series of complex figures that need to be performed with absolute accuracy at speed, with the most exciting moment being the charge, with sabres drawn, to the rousing battle cry: “Pastrengo!”.  The Carabinieri were accompanied by multi-award winning multinational operatic pop vocal group,Il Divo, who performed “Caruso” from their fourth album, Siempre. 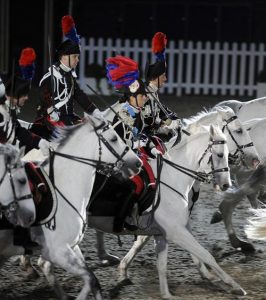 Luca di Montezemolo, Ferrari President, was a guest of honour for the Gala Performance and commented: “It was a most pleasant evening and I was honoured to see the Carabinieri perform the historic Carosello at such a special event, which has delighted the spectators and keeps high the flag of our Country.”

It is a source of great pride to Ferrari to have made such a significant contribution to the celebration and also that two such internationally renowned representatives of Italian excellence have the opportunity to pay tribute to one of the most important Monarchs of our time. Ferrari and the Carabinieri share deep-rooted values, such as respect for tradition and history, but also a sense of determination, innovation and passion.

Together these two representatives of Italian excellence are the perfect partnership to represent our nation at its finest.