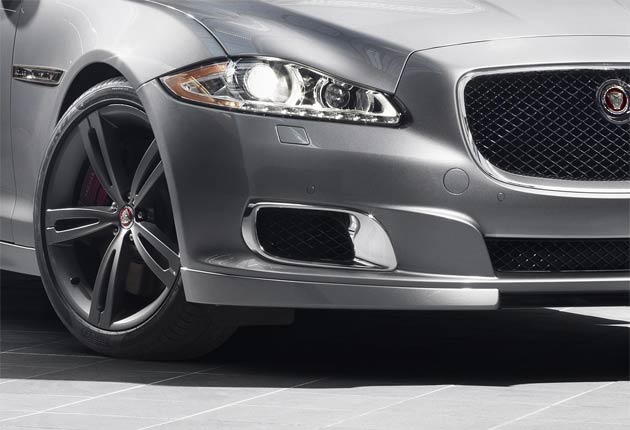 We’re very excited by the new Jaguar XE, a chance for Jaguar to complete the collection of executive luxury motors to go head to head with Audi, Mercedes-Benz, BMW and Lexus.

Hopefully the new Jaguar XE will look sleeker and more stylish than the rather bland looking XF. Don’t get us wrong, the Jaguar XF is an amazingly capable luxury motor and within its segment, ‘one-on-one’ against the E-Class, Audi A6 and BMW 5 series it is in our opinion the best example of a high-end luxury motor vehicle of all these. The Jaguar XJ on the other hand, is a different matter altogether and is luxurious, stylish and beautiful, aside from the length of the car (same as Rolls-Royce Wraith), there is very little to criticise on this stunning car, we’re just hoping that the new XE will follow in the same vein. On the subject of the XJ, we’ll be doing a direct comparison of the Jaguar XJ and the Rolls-Royce Wraith which will be published shortly.

Anyway, back to the Jaguar XE..
This new car from Jaguar is set to revolutionize the sector, aluminium lightweight construction promising a fuel economy of over 75 mpg, yes you did read that correctly – over 75mpg! The XE is the only car in the class to use an aluminium-intensive monocoque, with lightweight aluminium accounting for 75 per cent of the structure (Jaguar like the number 75!).

The lightweight construction is a core element of Jaguar’s DNA and Jaguar is at the cutting-edge of aluminium technology in the automotive industry. The Jaguar XJ, XK and F-Type have all been developed using exceptionally stiff bonded and riveted aluminium structures: now the XE becomes the latest model to use this aerospace-inspired technology. The weight reduction realised ensures that the XE is the most fuel-efficient Jaguar yet with fuel consumption and CO2 emissions on the NEDC combined cycle of over 75mpg and less than 100g/km respectively.

The Jaguar XE’s aluminium-intensive body is beautiful to look at, but the structure also delivers exceptional torsional stiffness. The light but strong architecture incorporates highly advanced suspension systems delivering unparalleled levels of ride quality, handling and steering. The Jaguar XE will also be the first car in the world make use of a new grade of high strength aluminium called RC 5754 which has been developed specifically for the XE. This new alloy features a high level of recycled material and makes a significant contribution to Jaguar’s goal of using 75 per cent recycled material by 2020.

Designed and engineered in the UK, the XE will be the first Jaguar to be manufactured at a new purpose-built production facility at the company’s Solihull plant in the West Midlands in the UK.

The world premiere of the new Jaguar XE will be held in London on September 8th.