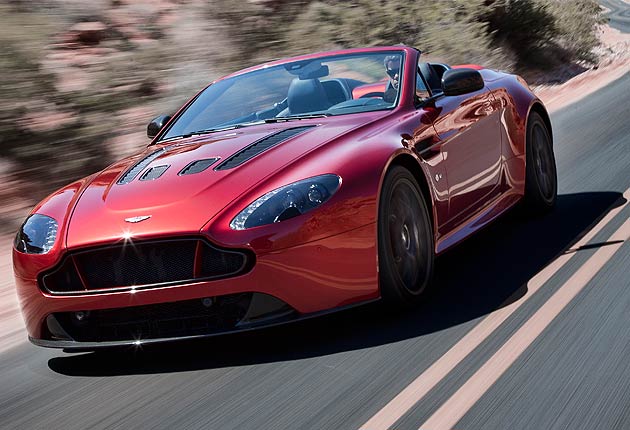 Aston Martin once again ‘Whets’ the palate’s of motoring aficionado’s with the unveiling of the 2015 V12 Vantage S Roadster.

The past two days in the world of supercars has been great, first we had the Mercedes-Benz S 65 AMG Coupé, followed by the Porsche 911 Turbo S Exclusive GB Edition, a car that went ballistic on our social media channels and now comes the equally stunning performance-wise and even more beautiful Aston Martin 2015 V12 Vantage S Roadster.

Aston Martin, the Warwickshire-based luxury sports car maker is sure to cause huge excitement in the world of high-performance open-top motoring with the addition of the hotly anticipated 2015 V12 Vantage S Roadster. This new bench-mark motor arrives in markets around the world later this year with the V12 Vantage S Roadster becoming the luxury British marque’s most potent, fastest and fastest-accelerating series production roadster to date and follows in the broad tyre tracks of the V12 Vantage S Coupe that was launched to worldwide acclaim in 2013.

Aside from great looks, a wonderful legacy, the James Bond connection (and we could go on) the new V12 Vantage S Roadster delivers the characteristic Aston Martin sporting agility underpinned by an enviable sports ‘soundtrack’ generated by its naturally aspirated V12 engine and expertly-tuned sports exhaust. Peak and low rev torque is delivered in abundance. With 457 lb ft available at 5,750 rpm the V12 Vantage S Roadster is not to be found wanting in this vital department. Crucially, too, low rev torque – measured at just 1,000 rpm – peaks at a colossal 376 lb ft. Together, these statistics demonstrate the Aston Martin engineers’ ability to create a ‘flatter’, yet ‘fatter’, torque curve which supports exceptional driveability and strong pick-up through the gears. 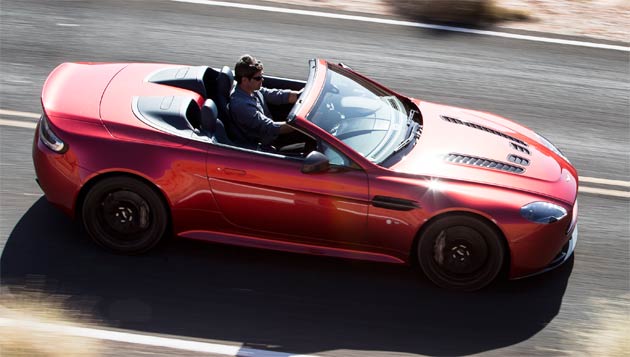 As Aston Martin’s most overtly sporting convertible car, with a more dynamic character even than the luxurious Vanquish Volante ultimate GT or refined DB9 Volante, the V12 Vantage S Roadster has been styled to reflect is position as the flagship convertible in the Vantage family.

In keeping with the V12 Vantage S Coupe, the Roadster does away with the famous aluminium vanes in the Aston Martin grille – replacing them with a carbon fibre arrangement that also includes sporty black or titanium silver mesh. Created to maximise airflow to the V12 engine, the new grille is inspired by both the remarkable CC100 Speedster Concept and the Vantage race cars. Other distinguishing features of the V12 Vantage S Roadster include the option of lightweight forged alloy ten-spoke wheels.

The new Aston Martin V12 Vantage S Roadster may be the car that let’s you outdo James Bond!