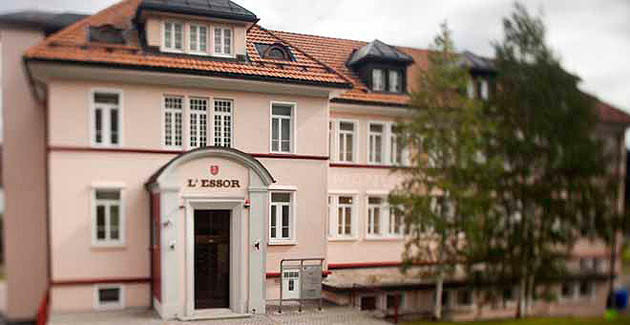 Joux Valley Museum of Watchmaking celebrates its re-opening. For eight months the building has been humming. Not with the tick-tock of exceptional timepieces, but with workmen busy renovating the museum.

Work started in October, with the aim of carrying out a complete refurbishment. And that’s exactly what has been done! The revitalised Joux Valley Museum of Watchmaking now stands firmly astride the 21st century. Skills tables, Ludotemps and 3D films are among the new attractions populating two floors of exhibition space in this “new generation” museum, a platform for watchmaking worthy of the Joux Valley’s international reputation. The objectives were multiple: firstly, to sustain and showcase the region’s inherent expertise; also to encourage future professionals; and lastly to reorganise the pieces of the jigsaw to create a consistent entity that would strike a chord with different types of public. Regional tourism, too, will receive a new stimulus. 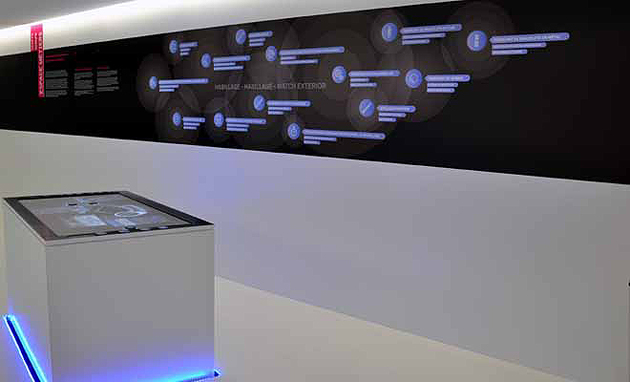 Grand-Rue 2, Le Sentier. It all began in 1917, when the firm Zénith had two factories built with a view to benefiting from the Joux Valley’s techniques and specialisations. But it was ten years later that Jacques David LeCoultre, after buying the property, sealed its fate and marked out its destiny by naming it “L’Essor”, the French word for rapid development or expansion. The building’s three floors and wide mullioned windows brought together under one roof artisan-watchmakers previously widely dispersed on the region’s farms. Nothing would ever be the same again. The Manufactory took off and delivered the very latest products, including the new 11 line movement. For thirty years the factory prospered, with a surface-treatment laboratory on the ground floor and a manufacturing workshop above it.

Acquired in 1979 by the commune of Le Chenit, l’Essor openedin 1996 its doors as the canton of Vaud’s first museum of watchmaking. The historic building housed exceptional exhibits. And yet, fifteen years later, the different rooms of this museum no longer sparked any great interest among the three thousand or more visitors who came each year. The task then was to find an image and a vector of communication on a par with its ambitions and to spread word far and wide of its existence, its location and its unique character. 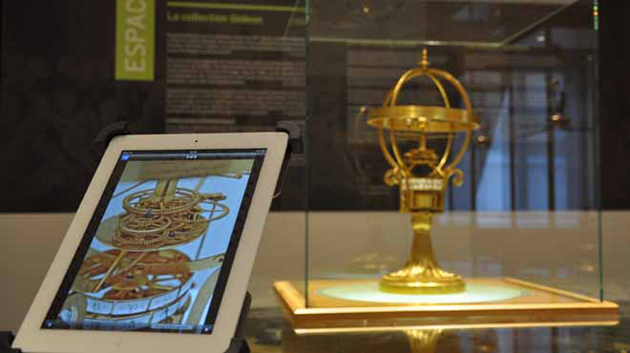 A “new generation” museum
The Museum aims to assert its character and personality, propelling 250 years of patrimonial history into a high-tech 21st century! The 500 m2 of floor space has a unique vocation: to showcase the region and its watchmaking genius by immersing the visitor in the world of a Joux Valley watchmaker. The SKILLS TABLE looks in detail at skills applicable to the watch movement, the watch exterior, decoration and finishing. The LUDOTEMPS teaches budding watchmakers how to assemble a mechanical movement, which must then be cased-up. Each step is accompanied by an assembly guide indicating the position of components and their functions. The WORKSHOP is a demonstration platform where students from Joux Valley Technical College (ETVJ) take turns at presenting their know-how. Filmed by two micro-cameras, their actions can be viewed on two screens. Videos take over when the demonstrator is absent, turning the workshop into a cube in which one wall shows a film from an overhead projector.

Lastly the CINEMA and its 3D film, the TEMPORARY EXHIBITION SPACE and its “school watches”, the JOUX VALLEY COLLECTION and its touch screens, and the MUSEUM SHOP, where publications remain the enduring stock in trade, will appeal to professionals, enthusiasts and the uninitiated alike.

A federating project, extending well beyond the boundaries of the Joux Valley
The new Museum brings together all of the region’s economic and political players. As well as the Paul-Edouard Piguet Foundation, which followed and supported the project since its inception, a great many other contributors have been involved. For example the canton de Vaud, the Lottery romande, the Göhner Foundation, watch manufacturers and their suppliers, prestigious manufactories, and also generous donors have actively supported the project. “The region cannot fail to benefit as a result,” says Cédric Paillard, the Director of Joux Valley Tourism. Anne-Catherine Lyon, head of the Department of Training, Youth and Culture, for her part talks of the real “synergy” with the ETVJ and is “delighted by its cultural impact and the added appeal it will bring to the Joux Valley”. The Museum will also ideally complement the handful of private museums in the region. And who knows? Of the many thousands who will visit the 500m2 of exhibition space, some are bound to find their way onto the workbenches of Joux Valley Technical College. Vocations guaranteed! Vincent Jaton, the originator of the project, perfectly sums up its main ambitions: “To revitalise the old museum; to attract members of the public aged 7 to 77, be they watch enthusiasts or new to the world of horology; to educate and entertain. To create a space that will give pride of place to training and apprenticeships and that above all will spread the word about watchmaking. In short, a modular and educational attraction.” Proving that the Joux Valley and its people are well and truly in the vanguard of modernity!