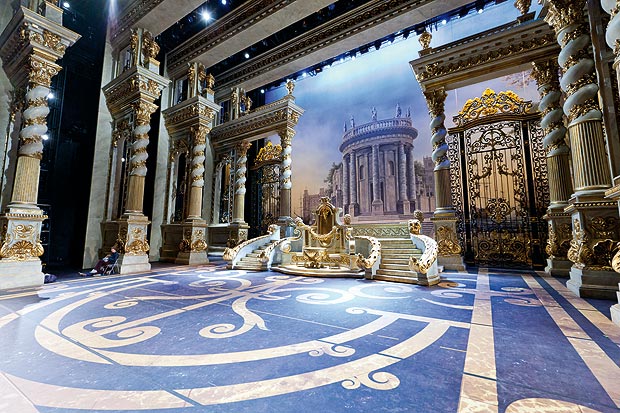 After an extensive six-year renovation work, the world renowned Russian temple of dance and opera, the Bolshoi, has reopened its doors for the 236th season in its history with a performance of Sleeping Beauty. The role of the Sleeping Beauty leads ballet dancer Svetlana Zakharova and Audemars Piguet ambassadress. On the occasion of the reopening of the old scene of the Bolshoi Theatre, the Manufacture from Le Brassus raised the curtain on a special Extra-Thin Jules Audemars series featuring an open-worked oscillator engraved with the facade of the famous building. 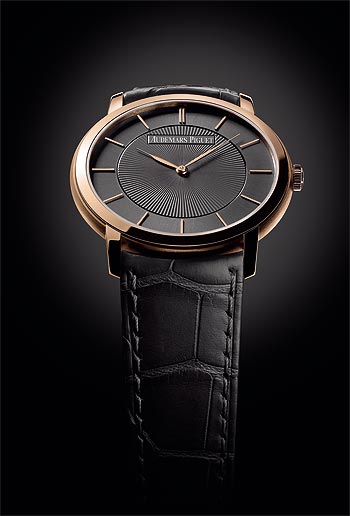 The Bolshoi Theatre, that crowning glory of Russian culture under every regime since its foundation in 1780, was threatening to collapse before the decision was taken, nearly six years ago, to do whatever it took to give this legendary venue back its sparkle. More than 3,000 workmen and artisans worked on the site effectively doubled the size of the theatre, as well as equipping it with ultramodern equipment. The acoustics were also reworked, going back to the original fundamentals which were perfect. Thus, the Bolshoi once again looks like it did in 1856 when it was renovated after a fire. No detail has been overlooked …. Apart from consolidating the building, great care has been taken in decorating it – be it in the gold leaf covered stucco or the framing of mirrors, in the curtains in the Tsar’s box, those in the boxes, or the stage curtain, which have been entirely hand-stitched with gold thread.

As dance holds a very special place in Russian culture, a legendary ballet has been chosen to celebrate the reopening of the venue. Svetlana Zakharova* plays the starring role as the princess of the ballet, Sleeping Beauty. Accompanied by music composed by Tchaikovsky, her talent and grace dazzled some 1,700 privileged spectators who attended the show on Sunday, November 20th.

Over and above its role as patron, Audemars Piguet could not miss the reopening of the theatre. The special Jules Audemars Bolshoi series in pink or white gold with elegant anthracite dial perfectly expresses the brand’s considerable know-how. Regarded by specialists as one of the most beautiful self-winding movements, the Calibre 2120 housed in these two models is part of a proud historical lineage that has forged the brand’s considerable reputation. Its sapphire case-back also reveals the beauty of this extra-thin movement (barely 2.45 mm thick) in which the openworked oscillator of the 2120 Calibre has been finely decorated with the famous theatre facade. Elegance and excellence blend to perfection in these Extra-Thin Jules Audemars “Bolshoi” models. The decision to produce 99 pieces (50 in pink gold and 49 in white gold), is no coincidence, since this number represents the number of
years between the creation of the two Houses that have subsequently become prestigious institutions in their respective spheres: dance and opera for the Bolshoi theatre, founded in 1776 and Fine Watchmaking for the Manufacture Audemars Piguet, founded in 1875.

*About Svetlana Zakharova
An exceptional dancer and recently a mother, Svetlana Zakharova was born in 1979 and is currently the principal ballerina at the Bolshoi Theatre in Moscow. She owes her fame to a prodigious innate talent that has been cultivating since childhood. Slender and elegant, she has brilliantly performed the most famous roles in the repertoire – including Aurora, Odette-Odile and Giselle – her interpretation of which still remains in living memory. In 2003, she joined the prestigious Bolshoi company. Her technique, which has been described as exceptional and perfectly mastered, is compounded with a subtle, relevant view of her roles. She is equally interested in contemporary creations, some of which have been especially composed in her honour. Today, Svetlana Zakharova is considered to be one of the most gifted and all-round ballerinas at an international level.