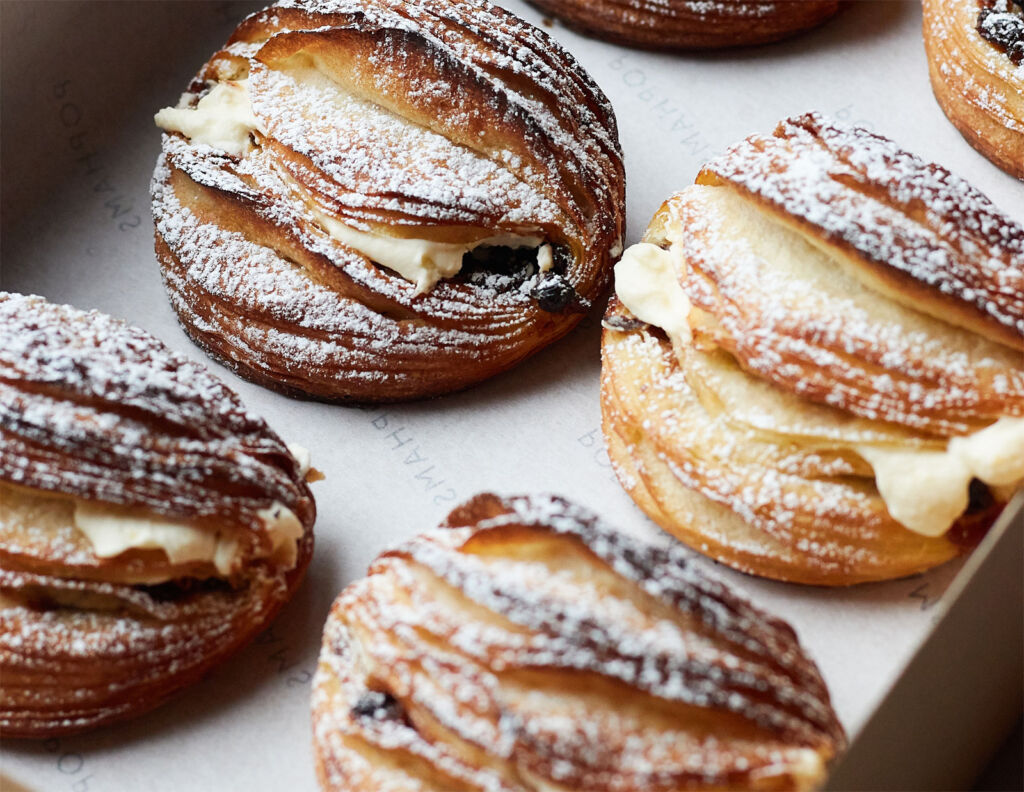 We’re always on the lookout for things that can make Christmas extra-special, and we’ve come across what we believe is the ideal thing. How do some beautiful and artisanal mince pies made by London Bakery Pophams with the historic The King’s Ginger liqueur sound to you?

The King’s Ginger is the original winter warmer, a feature of home and professional bars the world over and a key ingredient in many classic and contemporary cocktails. And in its latest partnership, it will become an integral part of a limited-edition mince pie created by cult favourite Pophams, and available to buy at both its Hackney and Islington locations from December.

There are very few things more Christmassy than mince pies. They sit right up there with a well-decorated tree, turkey and beautifully wrapped presents. What makes these mince pies special, it there are leagues above the standard off the shelf varieties you’ll find in a supermarket. These have been made by true bakers, and each one has been given expert care and consideration.

Founded by Ollie Gold in 2017, Pophams is an artisan bakery specialising in Viennese-style patisserie and croissants that also operates as a restaurant serving freshly made pasta in the evenings. For the collaboration, the mincemeat filling has been steeped in The King’s Ginger’s distinctive warming and delicious liqueur for six weeks before being stuffed inside the bakery’s famous laminated pastry and baked. 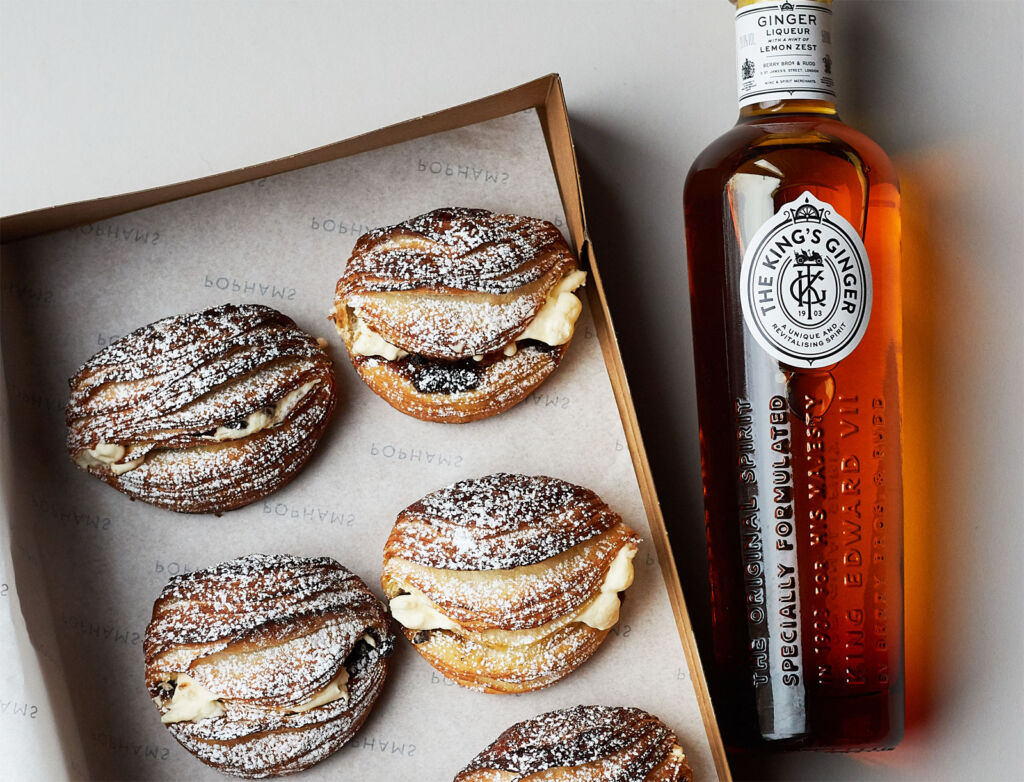 The King’s Ginger can trace its history back to 1903 when it was formulated for His Majesty King Edward VII by Berry Bros. & Rudd. Now, with an updated bottle design and a tweaked recipe for the modern era, the King’s Ginger is enjoyed all over the world, both as a sipping liqueur and a staple of many classic cocktails. As well as being a mainstay of both home and professional bars alike, it is also an award-winning liqueur, having claimed a gold medal at the San Francisco World Spirits Competition.

While it can boast a long history, The King’s Ginger has recently partnered with brands and venues in London and around the UK on an array of partnerships, activations and events, with hospitality operators always enthusiastic about its distinctive flavour profile and rich, colourful heritage. 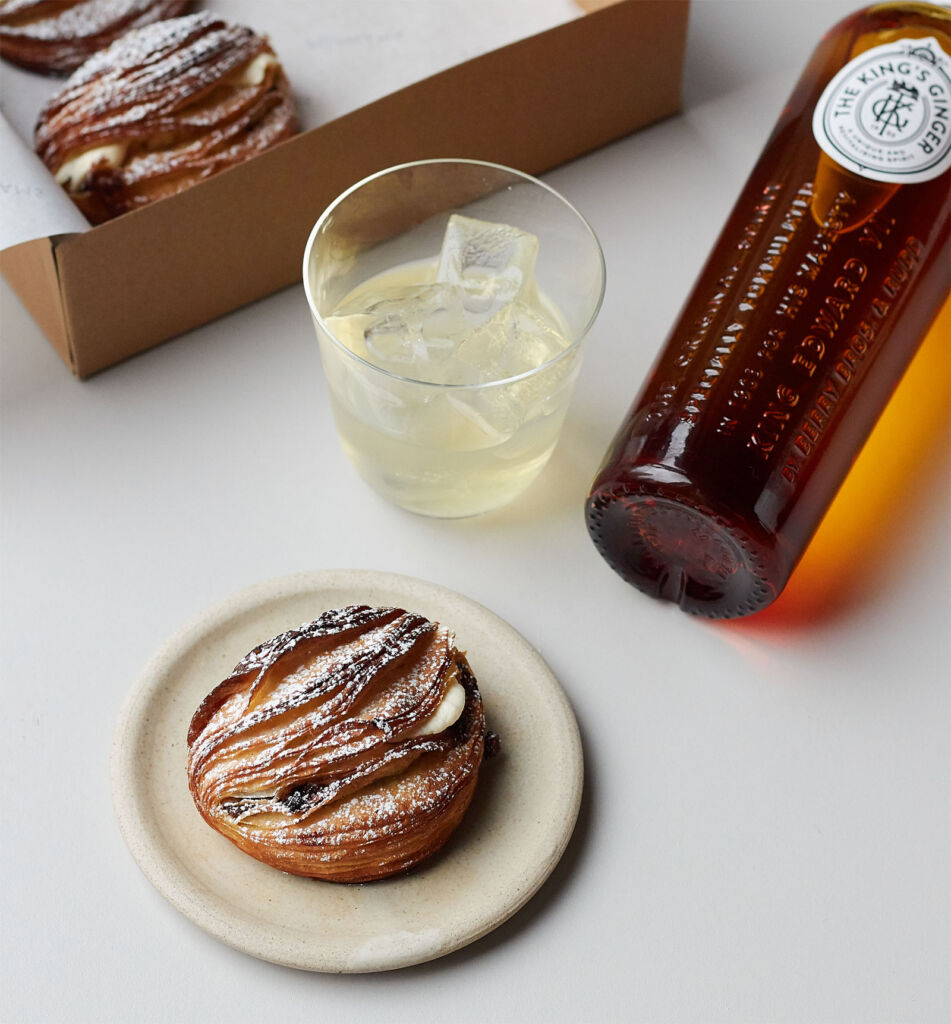 “We’re delighted to team up with The King’s Ginger on our mince pies this Christmas,” says Ollie Gold. “Mince pies are a quintessential part of the festive season in Britain, and they’re always a hit with our customers, and we always try out a new shape every year. We think being able to use the winter flavours of The King’s Ginger in our bakery has taken them to a new dimension, and we can’t wait to see what people think.”

Pophams mince pies with The King’s Ginger are available from November until the end of December from Pophams Hackney and Pophams Islington.