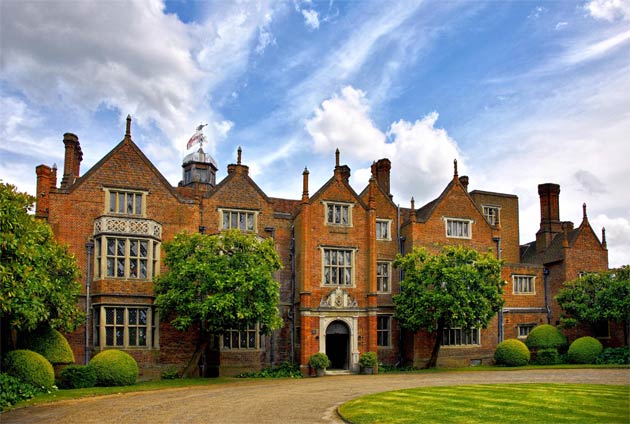 I had a previous encounter with Penny Hill Park, a grand hotel, golf and spa resort based in Bagshot, Surrey, a few years ago.

During my first experience, I scoped out the spa facilities, which were extensive and excellent – outdoor and indoor swimming pools (one playing underwater music), hot tubs and hydropools, footbaths, steam rooms, ice cave, tepidarium (thermal ceramic heated relaxation beds), massage chairs and more. When it comes to the spa, you name it and it’s yours. However, there was no press opportunity to review a spa treatment back then and I was unable to experience it this second time round as well.

My independently booked lunch at The Latymer last time was fairly average but this time, I was here with Mr Husband to review the restaurant for dinner, along with a night stay and, dear reader, you’ll be pleased to hear that this time I was delighted with the experience. 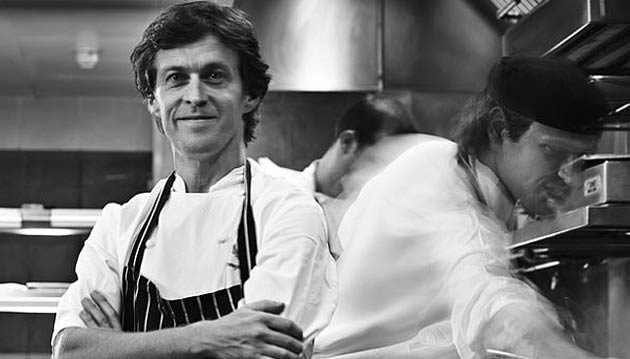 This marked change has got to be thanks to two Michelin-starred head chef Michael Wignall and his team. For those who don’t know much about Wignall himself, he was recently given the accolade of ‘Best Chef you have never heard of ‘ by Olive magazine and he has a guest spot on the BBC’s Masterchef, The Professionals as a judge. The Latymer also has been awarded with one Michelin star and it’s evident that the menu shines with talent and modern British culinary skill.

Mr Husband and I sampled the tasting menu. Not a fan of game or offal, the kitchen catered to my specific request without any reluctance or odd look of dismay. The restaurant was warming and peaceful in tone but tables were almost full with seemingly happy patrons. 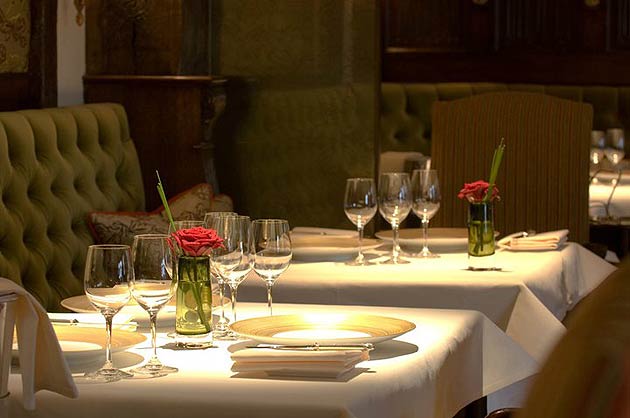 We began our ten-course evening meal with a well-presented and equally tasty Asian-fusion-style seared tuna, still pink in the middle and served with ponzu, broccoli salad, couscous cooked in miso and nunu with kecap manis with a warm cup of seaweed tea. Next up, Mr Husband tried the poached breast of Yorkshire grouse, with parsnip crisp and hash, caramelised apple, blackberry, parsley sponge and cream with bread and bay. We both tried the slow cooked Pyrenean mountain pork belly with roasted squid consommé, pak choy, sesame and red pepper. A delectable plate of lightly salted cod with roasted scallop, textures of cauliflower and a scallop and charcoal oil mayonnaise was next served and then, a casoulet of razor, poularde clams and cockles with cuttlefish gnocchi and wafer with a poached

quail egg. My personal favourite was the rabbit bolognaise in a rich tomato sauce, packed with plenty of characteristic hearty flavour. We also tried the poached cannon of Cumbrian lamb with Jerusalem artichoke ‘bark’ sea purslane and grelot onion. Simple but still delicious. Mr Husband’s dish also came with braised tongue and haslet. After a cheese course of stilton with spiced Pink Lady apple, walnut and raisin crisp with hazelnut powder and a sweet jelly, we moved on to dessert. ‘Exotic egg’ arrived as a white coconut outer with a runny mango centre as the ‘yolk’ inside. As an experimental take on classic British apple crumble, we tried vanilla cassonade with apple compote puree, apple juice and pie with cold crunchy nitro rocks and a pecan and sable crumb sorbet. To finish, chuao chocolate and pistachio cake arrived with violet ice-cream and white chocolate snow. 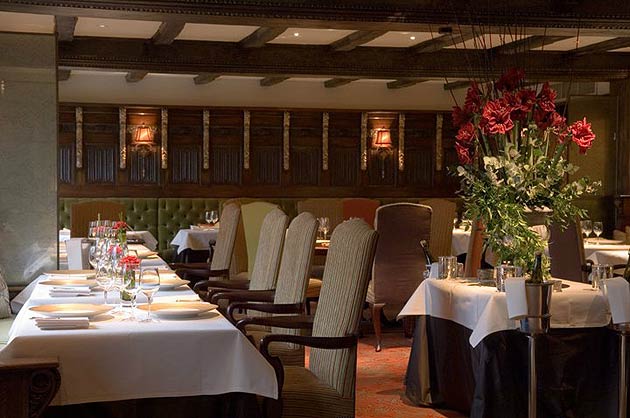 As well as the swift service provided by The Latymer, the entire staff at Penny Hill Park are friendly and hospitable, despite at times when the popular property is stretched to capacity. Suffice to say, it’s well worth a visit to revive and rest at the Surrey reprieve and to truly appreciate Michael Wignall’s foodie lair.