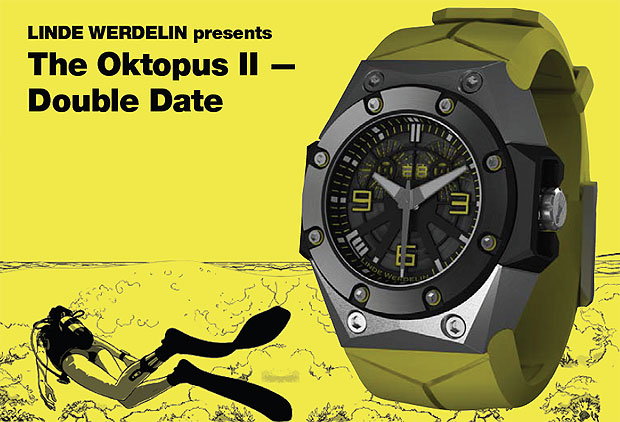 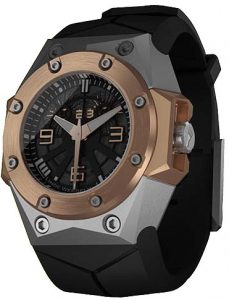 “To guarantee this we have chosen anticorrosive materials such as gold, titanium and ceramic, the last employed for the first time on our timepieces,” says Morten Linde, creative mind at Linde Werdelin.

In the last five years, Linde Werdelin has undertaken the complex development of the Reef, acquiring unequalled expertise which has been applied into the Oktopus II, both in its design and structure. The combination of the Oktopus II and the Reef emphasises Linde Werdelin’s philosophy stating time should be read analogue while performance, should be measured digital.

The Idea behind the Linde Werdelin Oktopus II Double Date 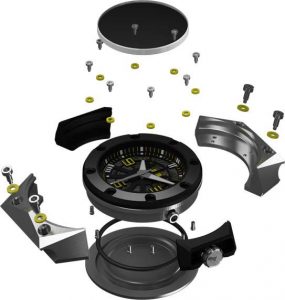 “Having completed the development and testing of the Reef in 2010 we had the opportunity to reconsider what our interpretation of a dive watch and instrument could be and we set about reconstructing the Oktopus”, says Jorn Werdelin.

The case
The case of the Linde Werdelin Oktopus II Double Date features a central movement chamber and four case parts assembled together with 16 screws. Eight screws seal the fixed bezel with the chamber and another eight inside the back-case. The chamber housing the movement is constructed for maximum resistance against water. The four case parts at three, six, nine and twelve o’clock, are built separately from the movement chamber and are used to attach the strap as well as to hold the attachable instrument.

The construction was inspired by the air-tight pressure chamber used for diving simulations when testing both the Oktopus II and the Reef. All the screws comprise of laminated tension discs to tighten and reinforce the construction. The whole surface of the case undergoes a microbillé and a satin finish to reflect light or shadow. The robust crown at 3 o’clock bears an engraving of an octopus icon. The back case has been decorated with an octopus drawing by Morten Linde, as a reference to an earlier series – the Oktopus Tattoo. The Oktopus II intentionally does not have a turning bezel as the information (time spent submersed) traditionally measured by a turning bezel is available in the Reef. The first three series of Oktopus II, are constructed in titanium, gold and ceramic some of the least reactive materials available and highly anti-corrosive to protect against the impact of long-term submersion into sea water. 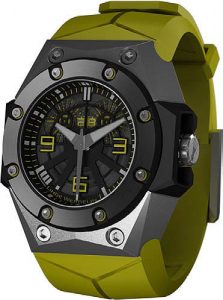 The dial of the Linde Werdelin Oktopus II Double Date is built in two layers. The upper level is cut out in a stencil technique, inspired from the graffiti art. Bearing the Linde Werdelin logo and indexes 3, 6 and 9 in superluminova, together with the big calendar wheels, the dial reveals the icon of an octopus. The lower dial is made with a circular Cote de Genève dial to give the effect of water ripples. Two laser-cut wheels at 11 and 1 o’clock are powered by the big calendar complication.

The movement
Oktopus II, initially launched with a 3-hand big date movement, calibre 14580 is custom-made together with Dubois Depraz.

“We wanted to include a laser-cut big date centrally to make it very visible.” says Jorn Werdelin.